Please feel free to add current info to this list...it is a little outdated.

1947-48: UNTCOK—United Nations Temporary Commission on Korea. Canada sends a contingent to Korea to supervise elections and withdrawal of USSR and US from Korea.

1953-ongoing: UNCMAC—United Nations Command Military Armistice Commission. Canada sends a contingent as part of UNCMAC to supervise the implementation of the armistice, putting an end to the Korean War. Although UNCMAC is still ongoing today, in 1978, the responsibilities of the Canadian contingent were transferred to the Canadian military attaché in Seoul, whose purpose is to serve on the UNMAC Advisory Group.

1956: Canada’s Minister for External Affairs, Lester B. Pearson proposes to the UN General Assembly to send a multinational contingent to the Middle East, in response to the Suez Crisis. This culminated in the first designated UN “peacekeeping” mission—UNEF I.

1956-67: UNEF 1—United Nations Emergency Force I. Canada sends a contingent to the UN mission in Egypt to supervise the withdrawal of French, Israeli and British troops from Egypt.

1957: Lester B. Pearson is awarded the Nobel Peace Prize for his remarkable diplomatic achievements and his innovative thinking in resolving the Suez Crisis through the establishment of a UN Emergency Force.

1958: UNOGIL—United Nations Observer Group in Lebanon. Canada sends a contingent to the UN mission in Lebanon.

1960-64: ONUC—United Nations Operation in the Congo. A Canadian contingent is sent to the Congo. The mission’s purpose is to restore order in the African nation while assisting in the removal of Belgium troops.

1962-63: UNSF—United Nations Security Force in West New Guinea. Canada sends a contingent to monitor the ceasefire between Indonesia and the Netherlands, and help ensure peaceful transition of the territory to Indonesia. The purpose of UNSF was to assist the United Nations Temporary Executive Authority (UNTEA) in administering the territory, maintaining the rule of law, and protecting human rights.

1964-ongoing: UNIFICYP—United Nations Forces in Cyprus. UNIFICYP is Canada’s longest UN peacekeeping mission. The purpose was to maintain balance between the Greek and Turkish Cypriots in their newly created island.

1965-66: DOMREP—Mission of the Representative of the SG in the Dominican Republic. Canada contributes to the observation of the ceasefire and to the withdrawal of OAS forces.

1973-79: UNEF II—United Nations Emergency Force II. Canada sends a contingent to Egypt to supervise the ceasefire between Egyptian and Israeli forces. The greatest loss of Canadians lives on a peacekeeping mission occurred when nine Canadian peacekeeping soldiers serving as part of UNEF II were killed when the plane they were traveling in was shot down.

1974-ongoing: UNDOF—United Nations Disengagement Observer Force. Canada sends a contingent to the buffer zone between Israel and Syria, and provides communication, logistics and technical support for the UN force.

1988: UN Peacekeeping Forces are recognized and win the Nobel Peace Prize for their contribution to reducing tensions around the world under extremely difficult conditions.

1989-90: UNTAG—UN Transition Assistance Group in Namibia. Canada sends contingent to Namibia to assist in the transition to independence.

1990-91: ONUVEH—United Nations Observer Group for the Verification of the Elections in Haiti. Canada sends contingent to Haiti to observe electoral process.

1991-95: UNAVEM II— United Nations Angola Verification Missions II. Canada assists in monitoring the ceasefire. Subsequent missions in Angola (in which Canada did not take part) are: UNAVEM III from 1995 to 1997 and MONUA from 1997 to 1999.

1991-92: UNAMIC—United Nations Advance Mission in Cambodia. Canada assists in monitoring the ceasefire and establishes mine awareness.

1992-95: UNOSOM I and UNOSOM II—United Nations Operations in Somalia I and II. Canada sends contingent to UN mission in Somalia. This mission produces no political success. As well, the mission gains attention and becomes a national scandal referred to as “the Somalia Affair” after Canadian soldiers are convicted of torture, assault and murder of Somali civilians.

1992: Creation of DPKO (Department of Peacekeeping Operations) to provide support to field missions.

1992-94: ONUMOZ—United Nations Operation in Mozambique. Canada sends contingent to Mozambique to monitor the elections in 1993.

1993-94: UNOMUR—United Nations Observer Mission in Uganda-Rwanda. Canada assists in verifying that military supplies do not cross the border into Rwanda

1993-96: UNAMIR—United Nations Assistance Mission for Rwanda. Canada sends contingent to the mission in Rwanda. Canadian Lt.-Gen. Roméo Dallaire led this mission to supervise the warring Tutsi and Hutu population. This mission meets significant hurdles as UN troops witness the slaughter of nearly 800,000 Rwandans in what will later be identified as genocide. Despite specific plans by Lt. General Dallaire to retaliate upon growing violence, the UN does not agree. This mission is viewed as a significant failure, resulting in not only the loss of hundreds of thousand Rwandans but also a significant loss of UN lives.

1994: Canadian participation in Cyprus officially ends. Most of the Canadian contingent was withdrawn on 01 July 1993, but Canadians continue to serve with the UNFICYP into 1994.

1997: SHIRBRIG is officially established. SHIRBRIG is a multinational Stand-by High Readiness Brigade created to rapidly deploy at any given time by the UN.

2000: Creation of mandate by the UN Security Council (Resolution 1325) for mainstreaming gender perspectives in peacekeeping operations and to identify the importance and significance of women’s roles in peace and security.

2003: On October 24th, the 1st annual International Day of United Nations Peacekeepers pays tribute to all men and women who have, and continue to, serve in UN peacekeeping missions. The UN invites all peoples and nations to celebrate the global day of ceasefire.

2003: Retired Lt.-Gen. Roméo Dallaire releases his influential book, Shake Hands with the Devil, recounting the mission he led in Rwanda and identifying its failures, such as the international community’s reluctance to commit further troops to stop the violence. Dallaire’s book becomes a significant contribution to the obstacles that peacekeeping missions are facing. His book identifies the failure of the international community to stop the genocide, despite the UN’s involvement.

2005-ongoing: UNMIS—United Nations Mission in the Sudan. Canada is contributing a total of 31 troops, police and military observers. In 2006, the mandate of UNMIS was expanded to include its deployment to Darfur in support of the implementation of the Darfur Peace Agreement.

2006: The Canadian Association of Veterans in United Nations Peacekeeping name August 9th as Peacekeeping Day to recognize the service and dedication of Canadians who served and continue to serve in the name of peace and security. On August 9th, 1974, Canada suffered the greatest single loss of Canadian lives on a peacekeeping mission; 9 Canadian peacekeepers died while serving with UNEF I.

2006: Canada ranks 55th (out of 108) as a UN peacekeeping nation based on its commitment of military and police personnel. Over the years, Canada has sent over 120,000 troops as part of UN peacekeeping missions, and it has the 2nd highest peacekeeping fatality with 114 fatalities. 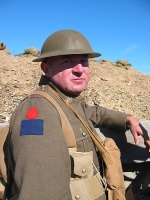 UN TROOPS TAKE OVER IN CYPRUS 1964