For Conspicuous gallantry and devotion to duty in leading his company to its objective when all the other company officers had become casualties. Later in the day he showed great courage and initiative and capturing an enemy trench.

When troops of another Division were advancing, this Officer seeing an enemy Officer directing the fire of two machine guns against our troops, immediately seized a Lewis gun, and under heavy fire pushed ahead and personally put out of action this nest, killing the Officer and crews. His prompt action saved many casualties and enabled the attack to proceed without delay. he set a fine example of coolness and courage. 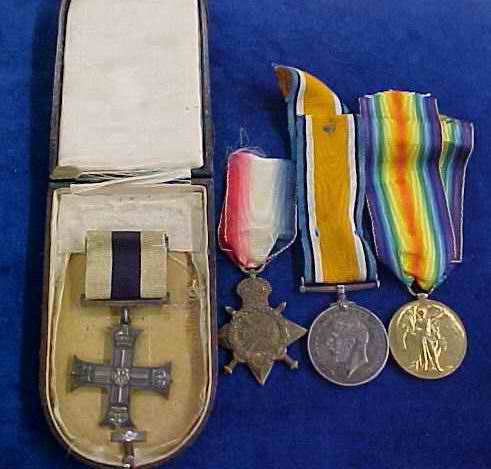