Canada and the Battle of the Little Big Horn (1876)

Canada and the Battle of the Little Big Horn (1876)

From Nova Scotia's largest daily newspaper - a story about 2 of the 10 Canadians who fought with Custer.

YARMOUTH - Gen. George Armstrong Custer and his 7th Cavalry troopers rode into a Sioux ambush and the annals of history 129 years ago today. Custer's defeat at the battle of the Little Bighorn on June 25, 1876, resulted in the deaths of more than 260 soldiers. With him were two men from Yarmouth. One survived. The other died - with his boots on.

Richard D. Saunders was born in 1853 in Yarmouth. He was a stonemason until the summer of 1875, when something happened. He either needed more excitement in his life or was compelled for some reason to leave Yarmouth.

He no doubt took a steamer from Nova Scotia to Boston, where he enlisted Aug. 16 in the U.S. Army's 7th Cavalry. He was a member of 'F' Company, which stood with Custer until the bitter end, as Crazy Horse and his warriors encircled them.

All of this information about Saunders would have continued to exist in relative obscurity if not for Arthur Thurston, the late Yarmouth historian, writer and Civil War authority. More than a dozen years ago, he was skimming old copies of Yarmouth newspapers for bits of shipping news when an obituary caught his eye. In December 1876, six months after Little Big Horn - Custer's Last Stand - a death notice stated: "We regret to report that Richard Saunders died at Little Big Horn River with Custer's command on June 25, 1876. He is survived by his parents, Mr. and Mrs. Joseph Saunders of Deerfield, Yarmouth County."

Mr. Thurston was intrigued and made some inquiries. He dug deeper and learned that James Harris was the other Yarmouth man.

Harris was a house painter who signed up in Boston on Sept. 21, 1875. He survived Little Big Horn and was discharged from the army on Sept. 20, 1880 at Fort Yates, Dakota, having served out his five-year enlistment.

What possessed two men to set sail from Yarmouth to join up with the cavalry at a Boston recruiting station? Given their ages when they enlisted - Saunders was 22 and Harris 21 - they had probably listened spellbound to stories about the adventurous lives afforded many Yarmouthians during the Civil War.

"Yarmouth was a town almost on a war footing," Mr. Thurston told this writer nearly 10 years ago when we first talked about the subject. "Almost everybody was involved in (Yankee) blockade-running."

Union warships would do their best to keep supplies from entering southern ports, or cash crops from leaving, but the most trouble in the form of fast ships came from Nova Scotia and New Brunswick.

"They operated out of Saint John," Mr. Thurston said of the Yarmouth blockade runners. "They would buy materials from Boston factories, take them back to Saint John and then use a faster ship to take them from Saint John to some of the southern ports like Beaufort, Wilmington and Charleston.

"They were usually paid in English gold," Mr. Thurston said. Southern cotton crops were sold in the U.K. He said Custer's men from Yarmouth "heard so many stories of adventure" that they likely couldn't resist looking for some of the action.

In all, 10 Canadians stood with Custer at his Last Stand. Harris and Saunders were the only Maritimers. "Most were largely westerners and Ontario (residents), who enlisted in places like Chicago or in Minnesota - closer to the action," Mr. Thurston said.


William Winer Cooke (May 29, 1846 - June 25, 1876) was a military officer in the United States Army during the American Civil War and the Black Hills War. He was the adjutant for George Armstrong Custer and was killed during the Battle of the Little Bighorn. 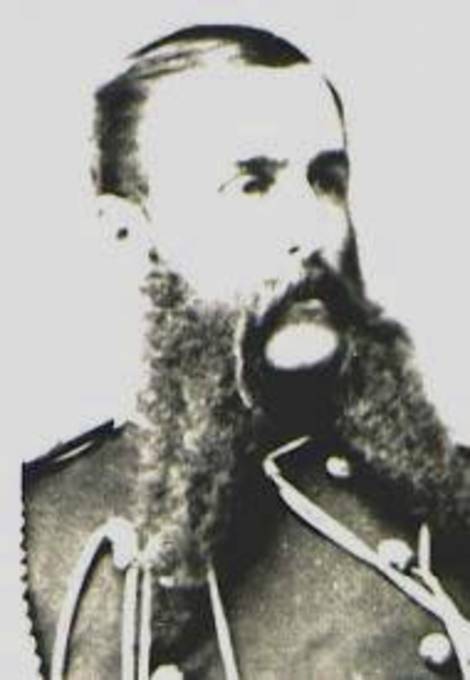 1. Overview
Cooke was born in Mount Pleasant, Brant County, Canada, to Alexander and Angeline Cooke. He attended the Brantford Collegiate School and the Central School in Hamilton, Ontario. [1] At the age of 14, he moved to Buffalo, New York, to continue his studies. After graduating from school, he enlisted in 1863 with the 24th New York Cavalry at Niagara Falls, New York, during the Civil War. After serving as a recruiting officer, he served on the front lines in the IX Corps, commanded by Ambrose Burnside. He was wounded during the Siege of Petersburg. After being released from the hospital, he served on commissary duty. He rose to first lieutenant on December 14, 1864, but did not return to front-line duty until March 1865. He was awarded brevet promotions to captain, major, and lieutenant colonel for his meritorious service during the war, the last his actions at the Battle of Sayler's Creek during the Appomattox Campaign.

After the war, he immediately joined the 1st New York Provisional Cavalry and applied for a Regular Army commission. He was made a second lieutenant in the U.S. 7th Cavalry Regiment in July 1866, and was promoted to first lieutenant a year later at Fort Harker in Kansas. In 1868, he participated in the Washita Campaign.

In 1871, he became the regimental adjutant under Lt. Col. George Armstrong Custer. Cooke became close friends with Thomas Custer and was a member of the so-called "Custer Clan" or "Custer Gang", a close-knit group of Custer's friends and relatives. He was an excellent shot and one of the fastest runners of the regiment. Some of his troopers took a dislike to him and called him "The Queen's Own". He was known for his dundrearies, or long side whiskers, that he always wore.

2. Little Big Horn
Cooke was killed at the Battle of the Little Bighorn. His body was found close to his commander. He was the author of the famous "last message" to Frederick Benteen, carried by John Martin, that read:

Cooke was initially interred on the battlefield. A memorial slab marks the approximate spot where he fell. In June 1877, he was reburied in the Little Bighorn National Cemetery. In August of that year, his family had the remains disinterred again and reburied in the family's plot in the Hamilton Cemetery in Hamilton, Ontario. [1]

The Grand Army of the Republic Post 472 "W. W. Cooke" in Hamilton is named in Cooke's memory and honor.

Lieutenant William Cooke, a Canadian with sideburns extending to his waist, called "Queen's Own" and "Cookie" by the men. He was Custer's adjutant and died with him. He wrote Custer's last message to other Army troops for help at the Little Big Horn, the haunting, "Be quick. Big village. Bring Packs. P. S.: Bring pac's," a plea for ammunition packs and reinforcements that never came. The message is on display at the U. S. Military Academy at West Point, N. Y.
pylon1357

Very interesting read. Thanks for posting this. Funny, I guess I have a closed mind. I never thought (or Knew) that any Canadians would have been involved in the Battle of Little Big Horn.

To me that battle and defeat was simply due to the arrogance and vanity of General George Armstrong Custer, and I always dismissed the event as being strictly an American event. Now my eyes are open and so is my mind.