On the evening on 5 June 1944 the battalion was transported to France in fifty aircraft. Each man carried a knife, toggle rope, escape kit with French currency, and two 24 hour ration packs in addition to their normal equipment, in all totalling 70 pounds. The battalion landed one hour in advance of the rest of the brigade in order to secure the Drop zone (DZ). Thereafter they were ordered to destroy road bridges over the river Dives and its tributaries at Varaville, then neutralize strongpoints at the crossroads.

In addition, the Canadians were to protect the left (southern) flank of the 9th Battalion, Parachute Regiment during that unit's attack on the Merville Battery, afterwards seizing a position astride the Le Mesnil crossroads, a vital position at the centre of the ridge.

A Company (Major D. Wilkins) would protect the left flank of 9th Btn during their attack on the Merville Battery and then cover 9th Battalion's advance to the Le Plein feature. They would seize and hold the Le Mesnil cross roads.

B Company (Major C. Fuller) was to destroy the bridge over the river Dives within two hours of landing and deny the area to the enemy until ordered to withdraw to Le Mesnil cross roads.

The Battalion landed between 0100 and 0130 hours on June 6, becoming the first Canadian unit on the ground in France. For different reasons, including adverse weather conditions and poor visibility, the soldiers were scattered, at times quite far from the planned drop zone. By mid-day, and in spite of German resistance, the men of the battalion had achieved all their objectives; the bridges on the Dives and Divette in Varaville and Robehomme were cut, the left flank of the 9th Parachute Battalion at Merville was secure, and the crossroads at Le Mesnil was taken. In the following days, the Canadians were later involved in ground operations to strengthen the bridgehead and support the advance of Allied troops towards the Seine River.

The Canadian 8th Brigade unloads onto Juno Beach during the first few seconds of the assault, June 6th 1944. 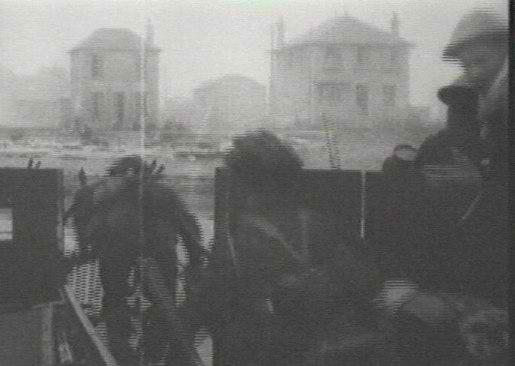