Canadians who died in the September 11, 2001 Disaster

We honour the 24 Canadians who died (or are missing and presumed to have died) in the Sept. 11, 2001 terrorist attacks on the U.S.A., according to families and the official list of Canadian victims as released by the Ministry of Foreign Affairs:

Putting a brief story to each of the Canadian victims' names will hopefully serve as an inspiration to their families, friends and all Canadians. This page is a tribute to these Canadian men and women.

Michael Arczynski The 45-year-old was a senior vice-president of Aon Corp.'s Manhattan office. He was a physically active man who moved to New York after nine years in London. He was a well traveled man who said that he had three homes- Montreal, London and Australia. He and his wife Lori had three children. Lori is expecting their fourth in February. Arczynski also leaves three daughters from his first marriage.

Garnet (Ace) Bailey 53 years old, director of pro scouting for the L.A. Kings, a native of Lloydminster, Sask. was aboard United Airlines Flight 175 when it crashed into the World Trade Center. He was a professional hockey player. He played for many teams including the Edmonton Oilers, where he played with Wayne Gretzky. He was nicknamed "Ace" for his skills on the ice. He was starting his 32nd season as a player or scout for the National Hockey League. He is survived by a 22 year old son and his wife Kathy.

David Barkway The 34-year-old executive with BMO Nesbitt Burns in Toronto was visiting a client atop the World Trade Center's north tower when the first plane hit. He sent an electronic message to his Toronto colleagues, saying he was in trouble. Barkway was visiting New York with his pregnant wife, Cindy, for a three-day business trip. The couple has a two-year-old child. He was on the 105th floor when the tragedy took place and tried to contact his office in Toronto for help.

Ken Basnicki The 47-year-old father of two was in the north tower where he worked. The Toronto native was last heard from at 8:55 a.m. in a cellphone call to his mother from an office on the 106th floor. "He was notifying his mother that the place was full of smoke and he didn't think he'd find a way out," said his brother-in-law Dan Young of Ennismore, Ont. Basnicki was on his first business trip to New York. He was a physically-fit outgoing, fun-loving high-achiever who rode a Harley Davidson.

Joseph Collison Joseph Collison was born in Toronto in 1951 and moved to New York City more than 10 years ago. He was on he 102nd floor of the north tower, where he worked in the mail room of Kidder, Peabody & Co., said his sister-in-law, Janet Collison. "Joe was so caring," she said from Mississauga, where he was buried next to his parents. "Joe truly was a brother, someone who always stood beside you." Collison, who was not married, was hoping to adopt a young boy in New York that he cared for, said Janet. "Anyone who knew Joe said he was always there for you."

Cynthia Connolly Age: 40. She worked at Aon Corp. She was transferred from the Montreal office to New York in 1999. She loved pets. She had a Airedale-German-Shepherd and a pet cat. She was married to Donald Poissant, whom she wed in Montreal, a year before she left for the US.

Arron Dack The 39-year-old father of two was attending a conference in the north tower of the World Trade Center when the first plane hit. He called his office just after the impact to say he was alive. Two minutes later, at 8:47, he called his wife Abigail. He was a senior executive with Encompys. Dack was born in England, and grew up in Toronto. He is survived by his wife and two children, Olivia and Carter.

Michael Egan Age: 51. Worked at Aon Corp. He worked on the 105th floor and had his older sister visiting him for a couple of weeks. Some colleagues of his said that his sister, who also died in the terrorist attack, visited his office so she could gaze over the city from his office.

Christine Egan The 55-year-old Health Canada nurse epidemiologist from Winnipeg was visiting her younger brother's upper-floor office in the second tower of the World Trade Center. She had come to New York to spend time with him, her sister-in-law and her two teenaged nephews. She was last spotted on the 105th floor, apparently to meet and old college friend.

Albert William Elmarry The 30-year-old moved from Toronto to the United States in 1999 to work in computer support for Cantor Fitzgerald. He met his wife, Irenie, on a visit to his native Egypt. She is expecting their first child at the end of March. He had worked for IBM Canada, when in Toronto. He was on the 103rd floor when the terrorists attacked.

Meredith Ewart and Peter Feidelberg Ages 29 and 34 respectively. The Montreal couple worked in offices on the World Trade Center's top floors. They worked as consultants for an insurance firm, Aon International. They both got their jobs at Aon International at the same time. They had been married for 18 months.

Alexander Filipov Age: 70. Born in Regina and lived in Concord, Mass. Was on American Airlines Flight 11 when it hit the World Trade Center. Filipov, an electrical engineer, grew up in Windsor and graduated from Queen's University in Kingston, Ont. He was hoping to get home on time for his 44th anniversary in Massachusetts. His wife Loretta felt that he lived a well-rounded life, that included golfing, skiing, and playing music. He even tried bungee jumping at 60. He is survived by three sons, Allan, David and Jeffrey.

Ralph Gerhardt The 34-year-old vice-president with Cantor Fitzgerald, a bond trading firm, called his parents in Toronto just after the first plane hit the north tower. He tried to console his parents during the call telling them not to worry. He also informed them that he was going to find his girlfriend, who worked in the floor below. He has not been heard from since.

Stuart Lee He had returned only a day before the attacks from his Korean homeland where he had taken his wife, Lynn Udbjorg, to show off his roots. He was on the 103rd floor of 1 World Trade Center, when the tragedy took place. Lee, who would have turned 31 on Wednesday, was vice-president of integrated services for Datasynapse. He spent the last hour of his life e-mailing his company, trying to figure how to get out of the building.

Mark Ludvigsen Age: 32. Worked at Keefe, Bruyette & Woods. He left his native New Brunswick for US, with his parents, when he was seven. He worked on the 89th floor of the south tower of the World Trade Center. He proposed to his wife on a surprise trip to Ireland. He called his parents a few minutes after the attack on the North Tower to console them that he was alright. He told them that they had nothing to worry about since he was on the other wing. He has not been heard from since.

Bernard Mascarenhas 54 years old, of Newmarket, Ont., worked for Marsh Inc., which had offices at the World Trade Center. He was the chief information officer for the insurance brokerage firm. He was in New York on a five day visit to the technology department of his parent company. Marsh had 1,900 employees in the trade centers of which 295 were killed. He is survived by his wife, Raynette, and a son and daughter, Jaclyn and Sven.

Colin McArthur Age: 52. Worked as a deputy managing director at Aon Corp. He immigrated to Canada in 1977. He is originally from Glasgow. He married his wife, who also works at Aon Corp., after moving to Montreal. He has been working at the company for over 15 years.

Michel Pelletier The 36-year-old commodities broker for TradeSpark, a division of trading firm Cantor Fitzgerald, was on the 105th floor of 1 World Trade Center. He called his wife, Sophie, and calmly told her he was trapped in the building and that he loved her. She was dropping their two-year-old daughter at her first day of school. He is survived by a three-month-old son and their two-year-old daughter.

Donald Robson 52, raised in Toronto, was a partner and bond broker for Cantor Fitzgerald on the 103rd floor of the north tower of the World Trade Center. He had spent the last two decades in New York. He was also present in the 1993 tower bombing, according to his wife. He is survived by two sons, Geoff and Scott.

Ruffino (Roy) Santos Age: 37. Worked at Guy Carpenter as a computer consultant. He was leaving the company to work for Accenture a week later. He is a native of Manila, who moved to British Columbia in the 1980's. He later moved to New York, five years ago.

Vladimir Tomasevic 36, of Toronto, vice-president of software development for Optus e-biz solutions. Was attending conference on 106th floor of World Trade Center's north tower. Originally from Yugoslavia, he immigrated to Canada in 1994. "He was my best friend and a part of him will always be with me" commented his wife to Maclean's magazine.

Chantal Vincelli Age: 38. She was a marketing assistant for Data Synapse Inc. Her biggest dream in life was to be a New Yorker. "She loved the hustle and bustle, the atmosphere, the go-getters", said her brother. She has been working in New York for five years. On the day of the attacks, Vincelli was setting up a kiosk at a trade show.

Deborah Lynn Williams Age: 35. Williams, whose maiden name was Robinson, worked for the global insurer, Aon Corp., for 15 years. She and her husband, Darren, moved to Hoboken, N.J., after being transferred to New York City by their employer. Williams, a Montreal native, gave birth to their only child six months after settling in Hoboken.

The list was obtained from Foreign Affairs by the Toronto Star
Some Bio info. also from the CBC Website

Frank Joseph Doyle Foreign Affairs also listed a "25th victim" because of his deep Canadian roots. Thirty-nine-year-old Frank Joseph Doyle was married to Kimmie Chedel of St. Sauveur, Que. He also leaves two children. All of his relatives live in the Ottawa Valley. Doyle, an executive vice-president of Keefe Bruyette and Woods, had a home in Ste. Adele, Que.

LeRoy Holmer Canadian Connection: LeRoy Homer, 36, was the co-pilot of United Airlines Flight 93 that crashed in Pennsylvania after being taken over by hijackers. Homer was an American citizen, but his wife Melodie Thorpe was Canadian, having grown up in Hamilton, Ont. Family say Homer always knew he wanted to be a pilot. The couple, who lived in Marlton, N.J., have a young daughter. Homer previously served with the US air force in Desert Shield, Desert Storm and in Somolia.

Jane Beatty Canadian Connection: Jane Beatty, age: 53, Worked at Marsh & McLennan Cos. Inc. She was originally from Britain and lived in Ontario for 20 years before moving to the United states. She was on the 96th floor of the North tower, when the terrorists attacked. She had survived five years with breast cancer. She celebrated the occasion just three weeks before her death. She called her husband, Bob, at 8:45, a couple of minutes before the terrorist attack. 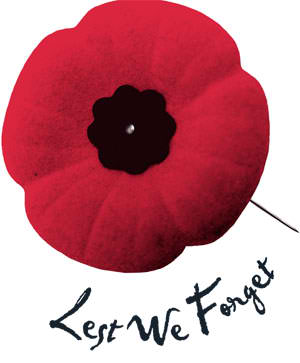