I recently came accross this button and am looking for more info on it. Can anyone help me out. 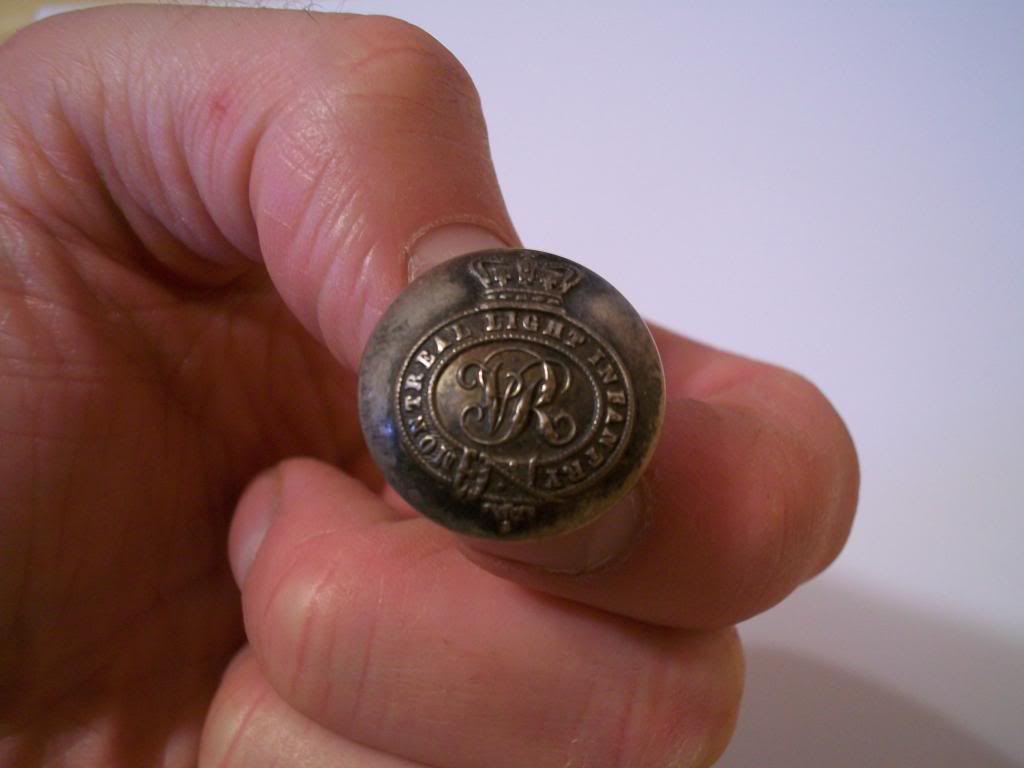 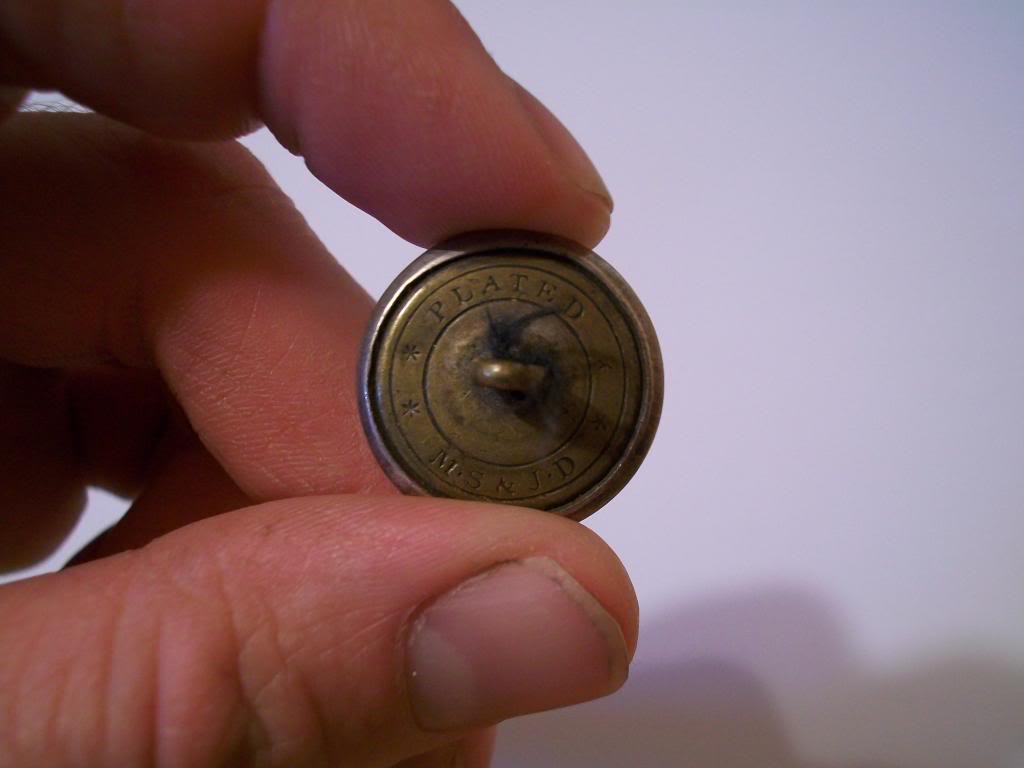 Page 7 of the roll of the regiments lists a 5th Battn. Royal Light Infantry of Montreal designated 7 Nov 1862 however that button may be from an earlier incarnation . I've seen a few of them and I think a few have gone through Jeff Hoare's auction in London Ontario.Mike Parisault will know for sure I'll bet.
lorne19

Interesting, is there anywhere where i can get more info on the Montreal Light Infantry?
jholl72

The “Old Eight" Montréal Sedentary Militia Battalions raised from 1827-37, were reorganised In 1837-38 Rebellion, giving birth to "3rd Brigade", the Montreal Light Infantry with six companies, 6 months later "The Rifles" from 1st Brigade were transferred to 3rd Brigade forming Two Battalions or Regiments, supposedly disbanded in 1840 on Paper with 1st, 2nd & 3rd Battalion. However research shows in 1846-47, "3rd Brigade" the Montreal Light Infantry & The Rifles with 11 Sedentary Militia Battalions, Artillery Companies, two troops of Calvary, and Dragoons still mustered and registered by Starke's Almanac & General Militia Register. After the Rebellion a portion of the Rank and File of Third Brigade and a few Battalions enlisted in, Ten Montréal Fire Brigades each consisting of around 40men. No.3 Fire Brigade, “Alliance” on Place d’Armes, in 1856 renamed “Protector” on Fortification Lane, commanded by Captain John Fletcher of the "Old" Montreal Light Infantry. In 1847, efforts were made to raise a new volunteer Force in Montréal, from the city volunteer Fire Brigade companies, were authorized by general order May 5th, 1847, into a volunteer militia battalion under the command of the Hon. Lieut.-Col. James Ferrier, then Mayor de Montréal, & the Hon. John Fletcher being gazetted as Lieutenant and Adjutant. This battalion drilled, without arms, in the market hall, during the winter months. The duties of the Militia Battalion as a fire brigade, mustering at fires and company parades. They served to maintain it in its strength as a volunteer militia corps long after the excitement of the Oregon boundary dispute had died out. Authorized by general order 22nd March, 1850, he received the brevet of Captain. On the outbreak of the Crimean War in 1854, with authority, Captain Fletcher offered the services of a hundred men of the Montréal Fire Battalion in which 441 had Musterd that day with 11 Montreal Sedentary Battalions each consisting of 400-500 men. -Gazette, Friday, July 7, 1854. This last annual muster of the sedentary militia of Montreal, as they were reduced by the Militia Act of 1855 into a smaller force of two companies, each consisting of around 65 Rank and File .

Google it, there were a few hits. Also check the Quebec archives site and the Montreal archives site. I have a uniform to the Montrea Engineers raised 1862, disbanded 1892 and I found lots of period references for them in old newspapers online. Hopefully you have the same luck.
_________________
Regards,
Jeff
lorne19

Interesting, so this button is much older than i thought. Can anyone put an exact date our time period on this button?
jholl72

The answer to your question is in my post above. It gives the dates when the regiment was raised and when it ceased to exist by that name. That's your time period.
_________________
Regards,
Jeff
lorne19

Here a link to my Montreal Engineers tunic, a little bit later than your buttons but you can see the similiarites in the them.
A very early button, you are quite lucky to find.
_________________
Regards,
Jeff
Sponsored content