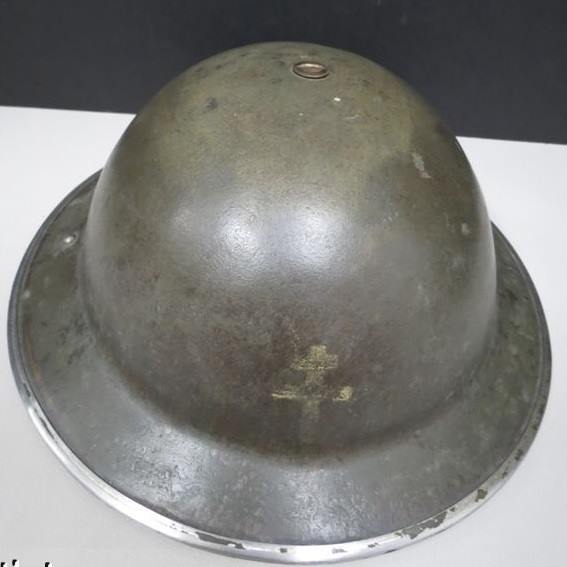 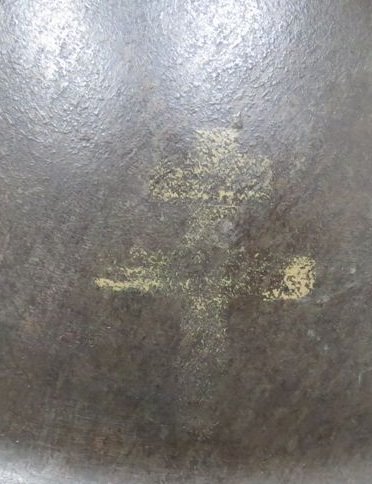 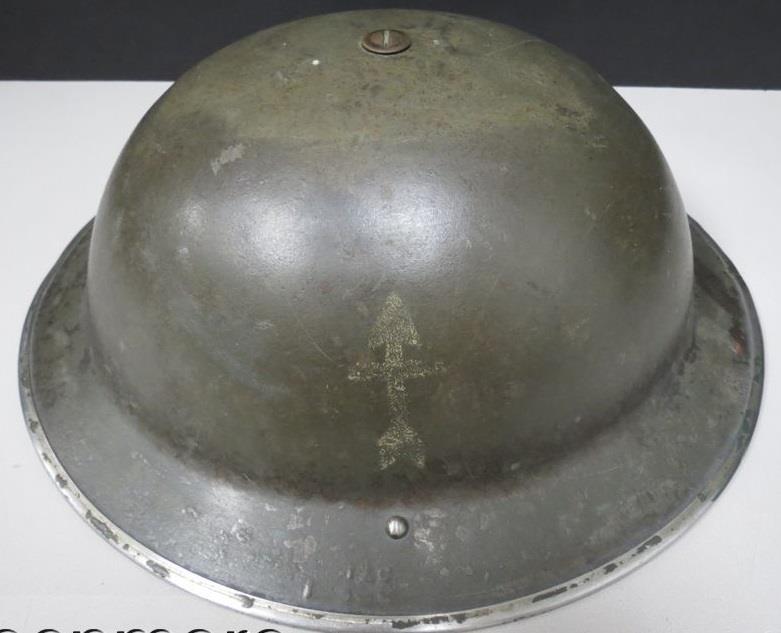 Well, the first two pictures show a Cross of Lorraine, perhaps better known as the symbol used by the Free French Forces during WWII. Don't know about the other one.
Jonhno

my first impression is something US, but have no idea why on a MK2, wouldnt mind seeing the inside and shell maker out of curiosity, cant comment on originality
Bill

The arrow appears to be similar to the US 32nd Infantry Divsion.
Jonhno

Bill wrote:The arrow appears to be similar to the US 32nd Infantry Divsion.

interesting Bill, I just looked up some history on the 32nd a bit here, from the net (wikipedia)

The 32nd Infantry Division was an infantry division of the United States Army National Guard that fought primarily during World War I and World War II. It was formed with units from the states of Wisconsin and Michigan. With roots as the Iron Brigade in the American Civil War, the division's ancestral units came to be referred to as the Iron Jaw Division. During tough combat in France in World War I, it soon acquired from the French the nickname Les Terribles, referring to its fortitude in advancing over terrain previous units could not.[2] It was the first allied division to pierce the German Hindenburg Line of defense,[2] and the 32nd then adopted its shoulder patch; a line shot through with a red arrow, to signify its tenacity in piercing the enemy line. It then became known as the Red Arrow Division.[3]
During World War II, the Division was credited with many "firsts". It was the first United States division to deploy as an entire unit overseas and among the first[4] of seven U.S. Army and U.S. Marine units to engage in offensive ground combat operations during 1942. The division was among the first divisions to engage the enemy and were still fighting after the official Japanese surrender. The 32nd logged a total of 654 days of combat during World War II, more than any other United States Army division.[3][5] The unit was inactivated in 1946 after occupation duty in Japan.

What I find interesting is the French nickname, "les Terribles" this could be a reason for the Lorraine cross??
Sponsored content