it has been suggested to me that the shoulder titles on this ww2 battle dress that I grabbed for cheap years ago might be reproductions. Can anyone who knows more about this than me help me out with whether these are real or not?
fireguyfire 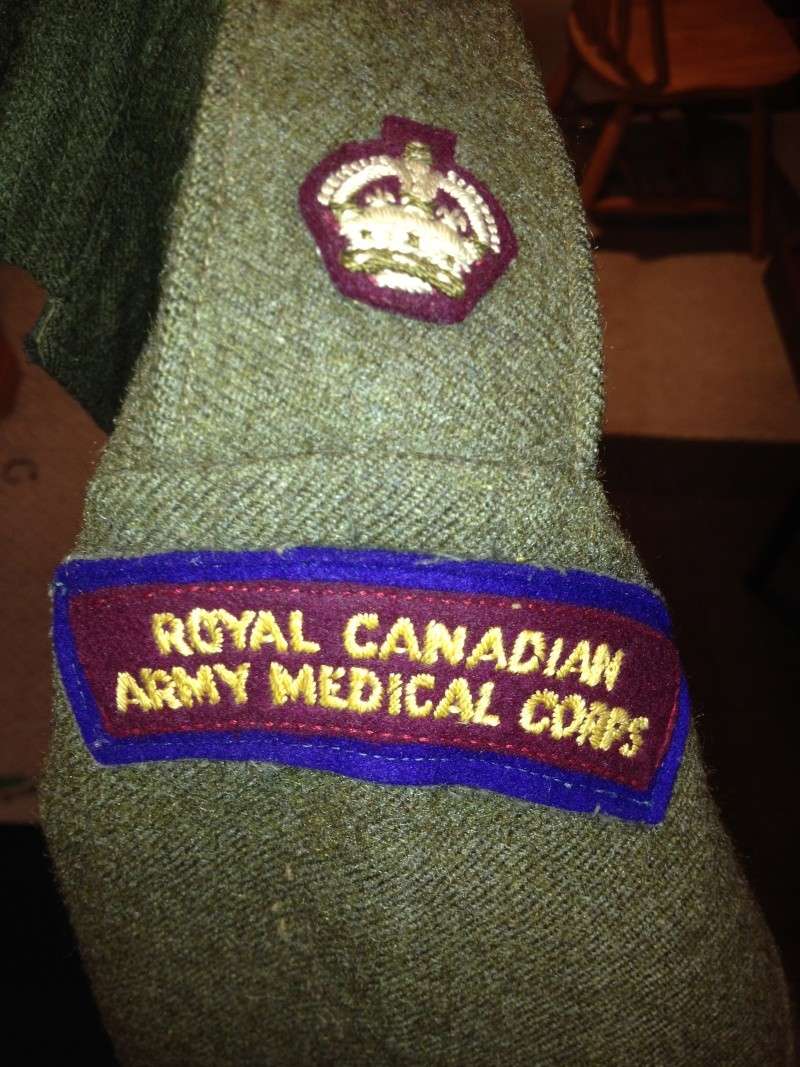 I'm not sure how accurately I'm seeing the colors on my monitor but the stitching looks like British made insignia.
Bill

The titles look good. Steve has identified them correctly as likely British made.
fireguyfire

Wow; good to hear; these titles got 50 50 good/fake reviews on the WAF a couple of years ago and one guy went off with quite a bit of reasons as to why it was fake; I was going to strip it and never got around to it.
Sounds like I better leave it alone. How can you guys tell whether it is Canadian or British made?
fireguyfire

How common a BD would this be?
Bill

HI Todd, Could you post more images of the tunic, including the tailors stamp, and the other shoulder.
I am puzzled why anyone would fake the RCAMC titles. They are dirt common; you can't give them away. Note, the fully spelled out titles were overseas issues, while they used the abbreviated titles in Canada. This practice got a bit messed up later in the war when there were lots of personnel repatriated to Canada.
fireguyfire

The comment I had was the jacket itself is good, but the insignias were "known fakes". Really hard to tell in this picture, but below the titles on both shoulders on this tunic there is the ghost (cut stitching) of a triangular patch with the wide side of the triangle at the top. Was there a divisional patch that was triangular? That would maybe confirm this as an overseas BD 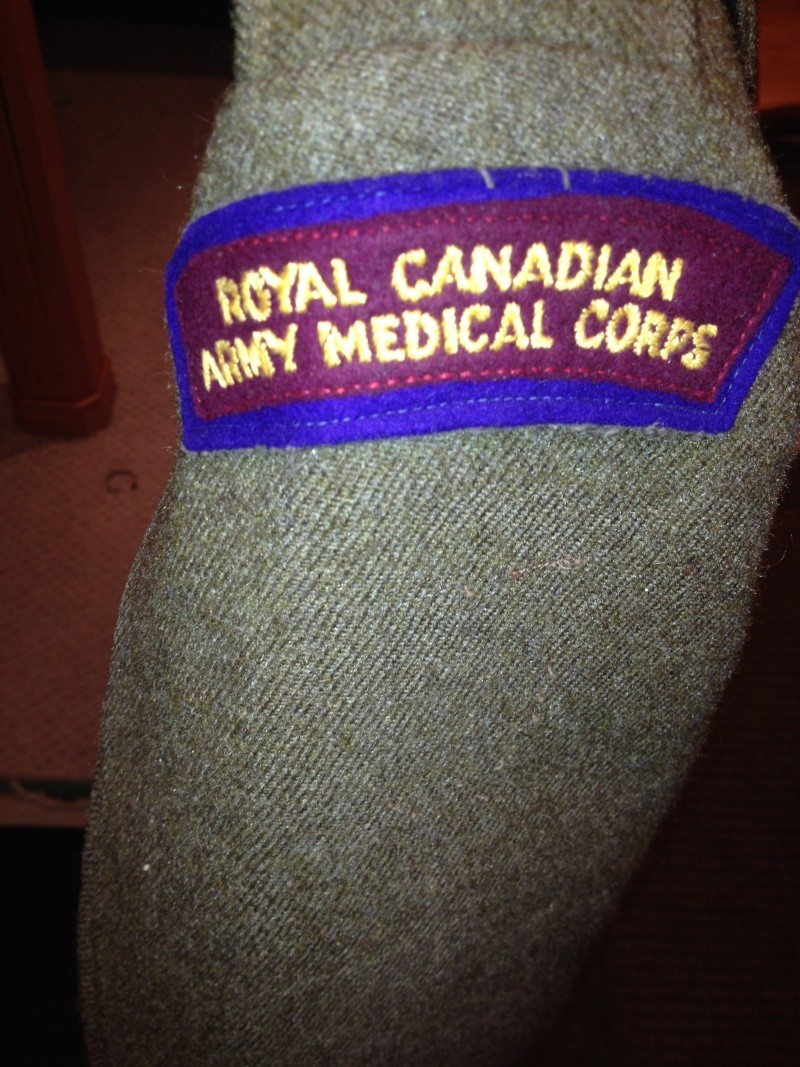 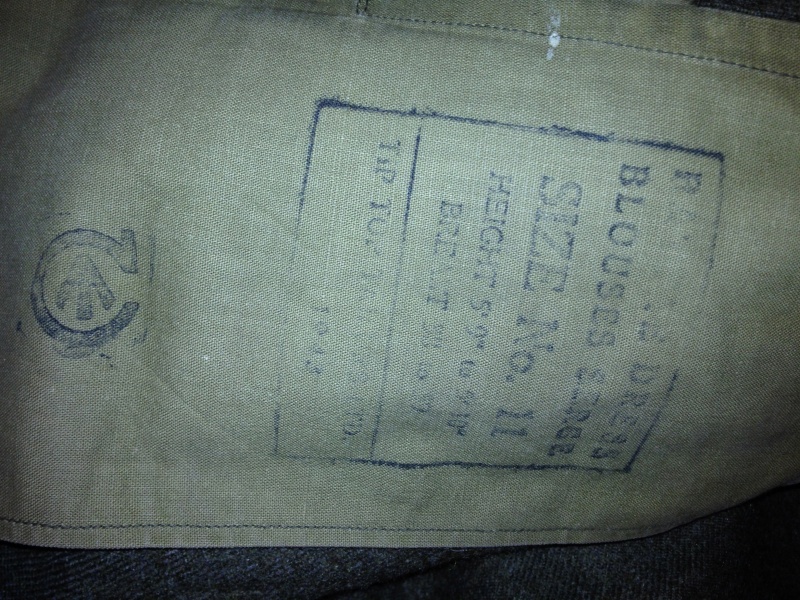 Screwing around on the internet trying to figure out what this triangular shaped badge might have been and found this; I think I have my answer! What did this triangular badge with the cross definitively represent, ie; what is called and what did it represent? Thanks for the help! 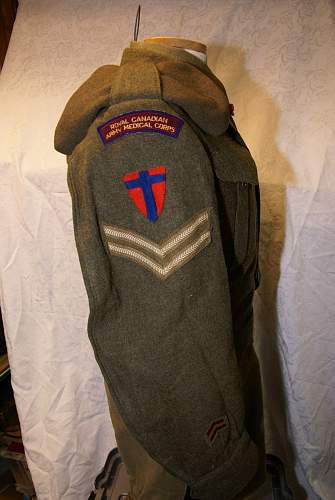 Hi Todd, The patches are 21st Army Group, L of C (Line of Communications) formation signs (shield shaped, not triangles.) This would be consistent with hospital or rehab units or RCAMC administrative units supporting the First Cdn Army and Second British Army in Continental Europe in the later stages of the war.
The titles are "known" reproductions? Not likely. The ones on your tunic have characteristics of British manufacture. The bias embroidery (on an angle rather than horizontal) and what appears to be felt material are characteristic of Brit made patterns. (Can you determine if there is a backing material on the titles?, eg, is the title three layers of fabric? Top, cherry red layer, blue layer and likely a black or buff layer, which may not be visible.)
Sponsored content