My Uncle Dick's son, had this tribute display done to honour his father's service during WWII.

My Uncle Dick never did see service overseas, but not for lack of trying. He was found unfit for overseas duty, owing to his feet. His classification under the PULHEMS system under 'Locomotion' was graded at a '3'.

He served his time in the Canadian Infantry Corps on HWE or Home War Establishment. He trained as a carpenter, something he was well known for throughout his life.

My cousin was convinced his father was a member of the Hastings and Prince Edward Regiment, like 2 of his brothers, but clearly this is not the case with regards to my Uncle Dick's service.

Still all and all, this is a very fitting tribute, just needs a little correction. 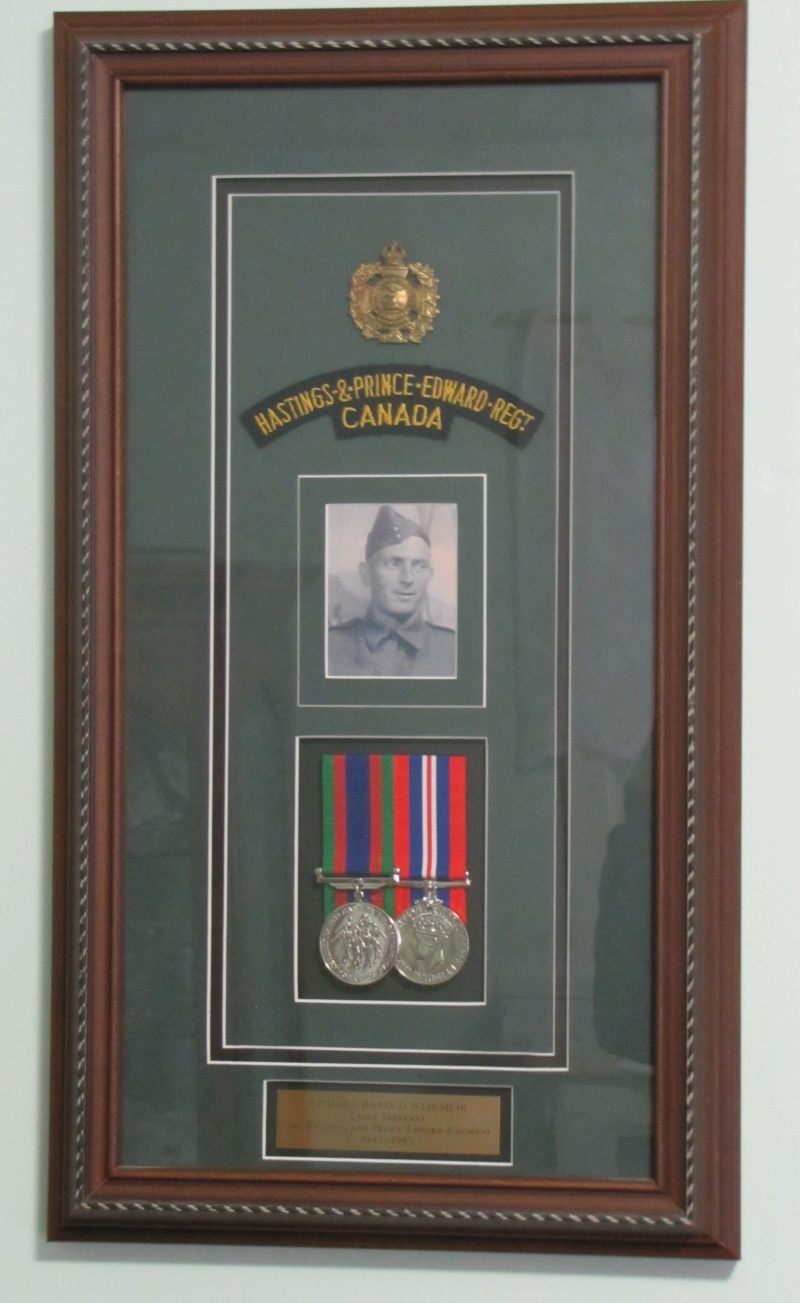 Re: A Relatives Tribute Display

I have just learned from my father, that my cousin has decided that I should be the caretaker of this display. WOO HOO, pretty stoked to have this set in my collection. To many it is just a simple pair of WWII medals to a man who never saw action, to me it is another part of my families contribution to the war effort.

I am hesitant to open up the display and make the necessary corrections. I have discussed this with my cousin, and for now, it will stay as it is.
_________________
Cliff