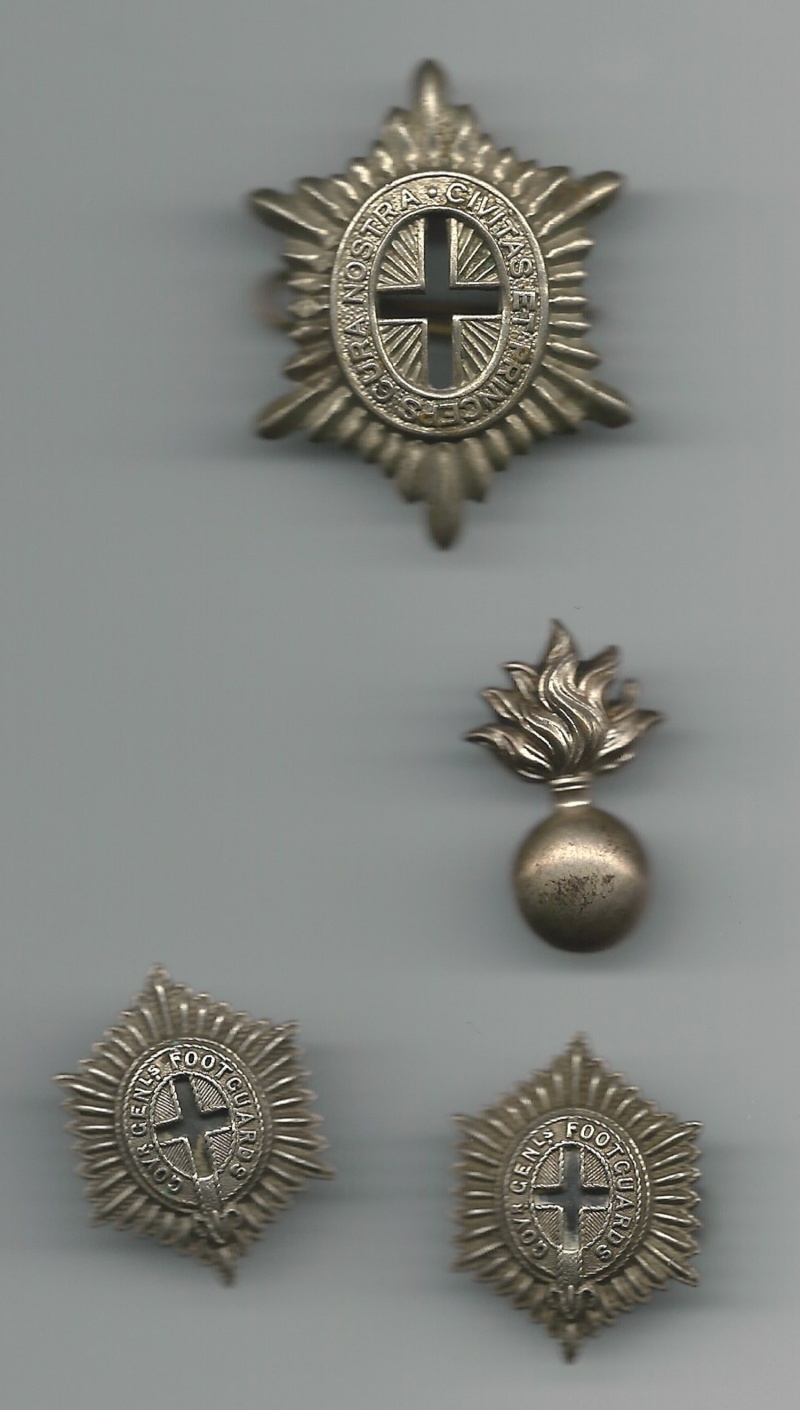 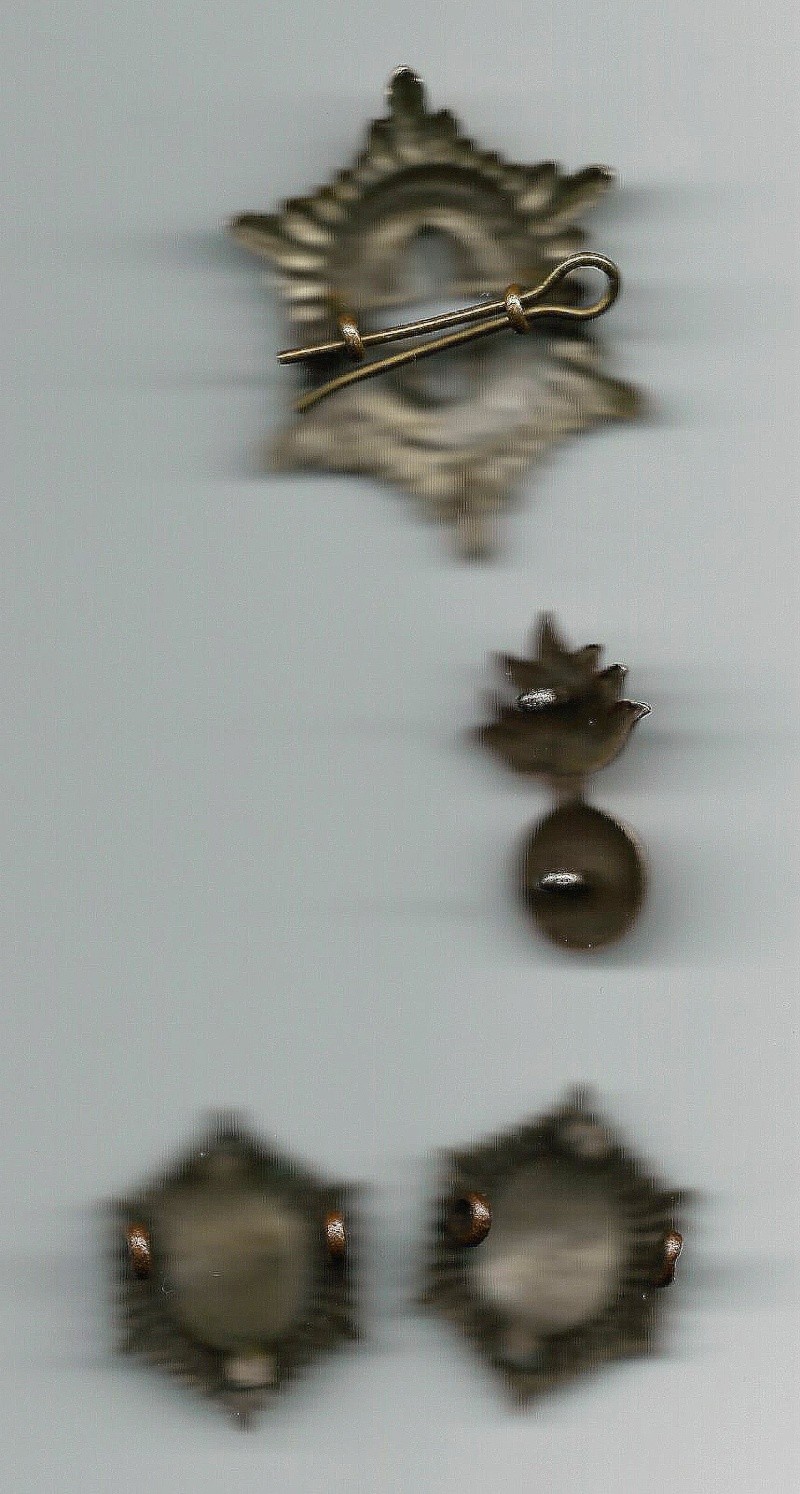 Been trying to id these collar badges for the Governor General Foot Guards. Mazeus has listed the flaming grenade of which I have a single. They seem to have the age on them that they could be ww2 era. Roy Thompson has no collars authorized. He does list a small badge but it has different size. He lists 1" wide by 1 1/2" tall. These are 15/16" wide by 1 1/4" tall. Is this a mistake by Mazeus?   Any info appreciated.  Cheers Brian
John S

Barriefield-Brian:
Maxeas is wrong- GGFG never used collar badges of a flaming grenade pattern.
The pair you display is correct for the period approximating 1920`s-1940ish, chiefly by SNCO`s wearing khaki jackets of the WWI variety. Officers in Field Service Dress wore no collar badges, nor did officers of the Canadian Grenadier Guards, therefore conforming to to dress regulations of the Brigade of Guards. White metal, with blue enamel insert which shows through the front of the badges as a blue cross. Of course when the Regiment went to battledress, no collars were worn, which continues on to the present day, for both Officers and O/R`s, (ceremonial scarlet tunics excepted).
Hope this helps.
Cheers,
John S.
barriefield-brian

Thanks John. As I suspected, I wondered why they would have worn the grenade. Don't know what the single collar I have is for, different from the engineers. Cheers Brian
John S

Barriefield-Brian;
The single flaming grenade collar appears to be in W/M.
If this is so, I suggest that the collar badge is actually for a British volunteer artillery unit, probably from the pre 1910 era.
Cheers,
John S.
barriefield-brian

Thanks John, it is wm. Cheers Brian
Sponsored content