You are not connected. Please login or register
+2
Jonhno
pylon1357
6 posters

Not sure if I posted this here yet...a small group from Nursing Sister J.F. Reynolds including a WWI medal pair, Womens Auxiliary pin, and belt buckle. I acquired them from a local family here in Alberta. 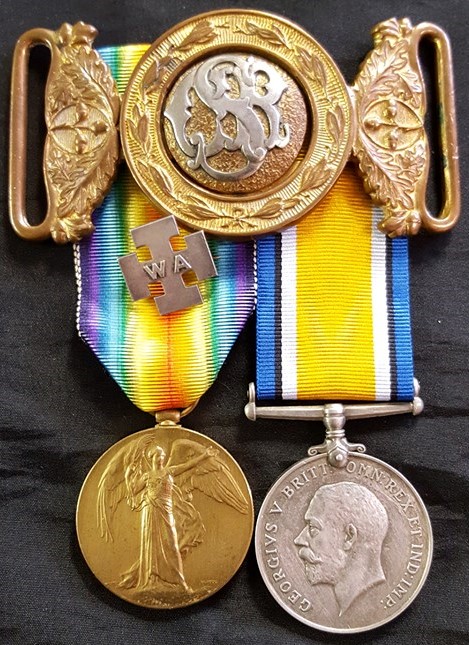 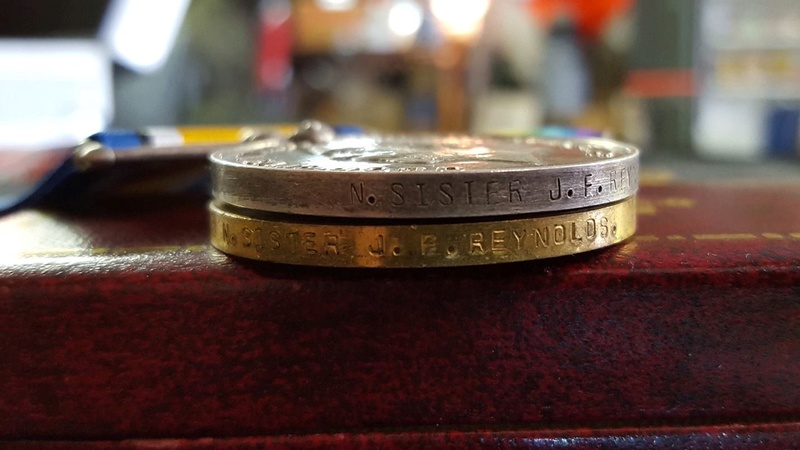 I also got five other medals named to the Mills brothers in this same grouping. With a little help from some researchers I found out that Leslie Mills married J.F. Reynolds after the war: 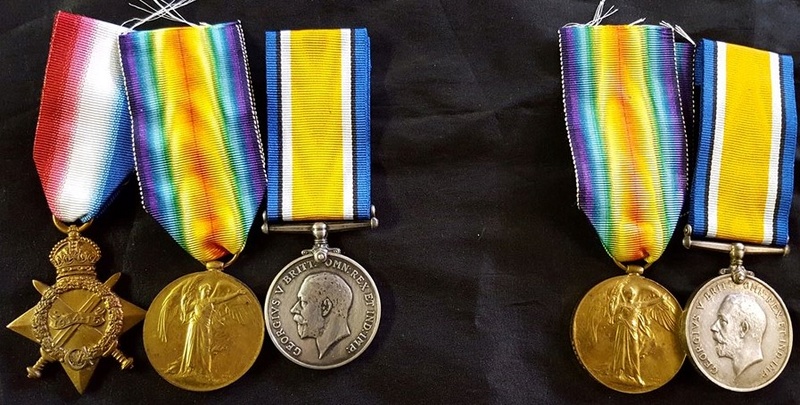 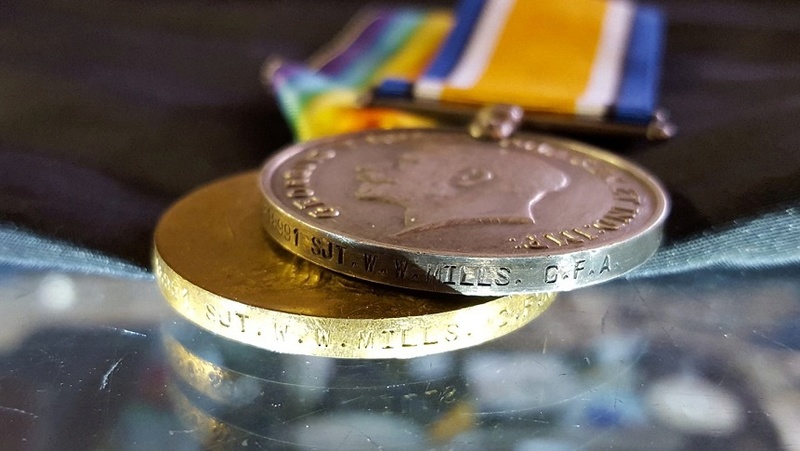 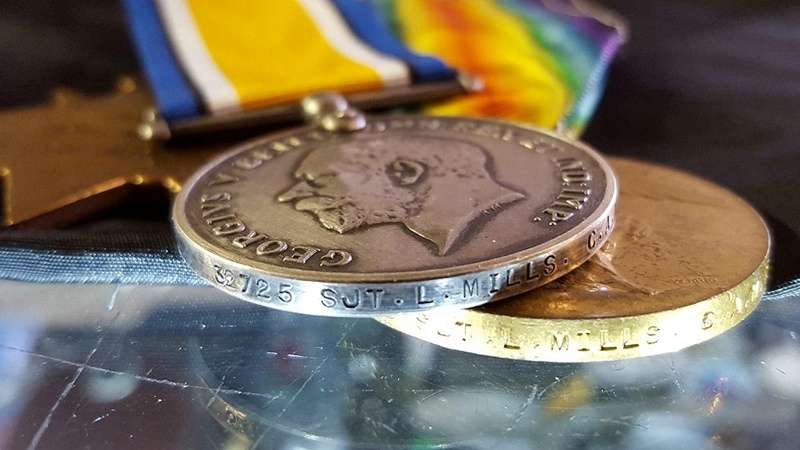 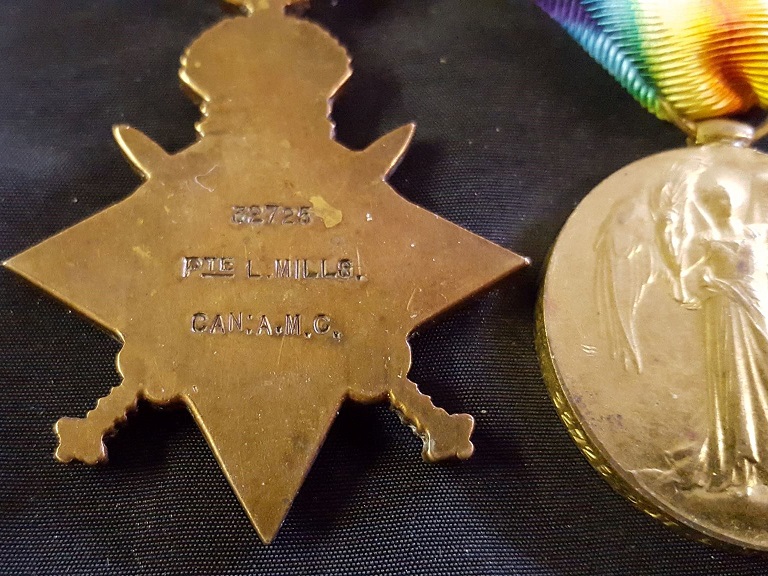 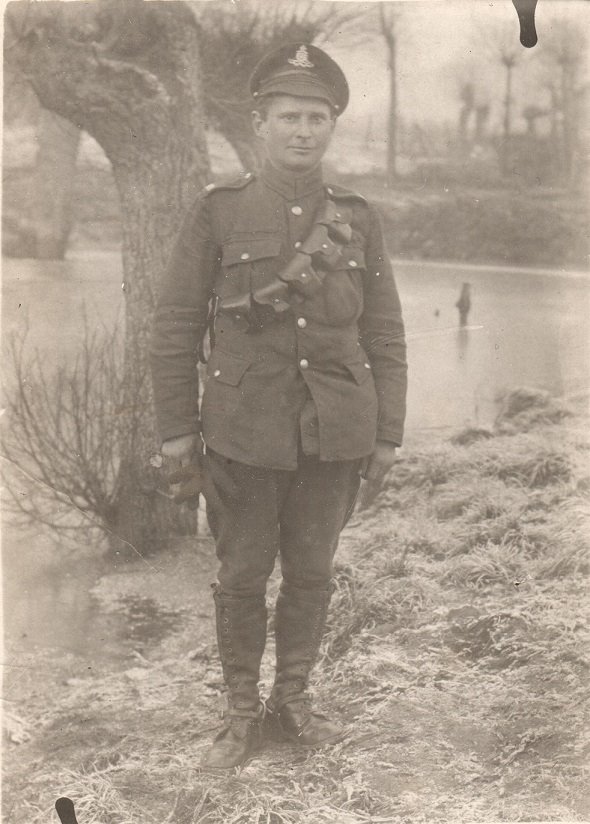 I love these family groupings. I havr yet to add a Nursing Sisters pair to my collection.

It is, yes. I just trimmed it up when I scanned it.

I bought these at a local family auction....but none of them were their families medals. Possibly auctioned off after Leslie died in 1962. I just contacted a relative in the area and he has been chatting about them with me.

This is a grand family grouping. Glad to hear the gentleman had the foresight to know the lack of family interest and the pitfalls of some museums. I am biased afterall, but I do believe his choice if allowing a collector to care for them was a wise move.
_________________
Cliff

well done with that group, what does CSR on the buckle mean please?
mk1rceme

Jonhno wrote:well done with that group, what does CSR on the buckle mean please?

I was going through Leslie Mills digitized files and came across this little gem....looks like I have a very important piece missing from the group. The past owner says he remembers stories about another medal, but never saw it in his lifetime. It is out there somewhere. 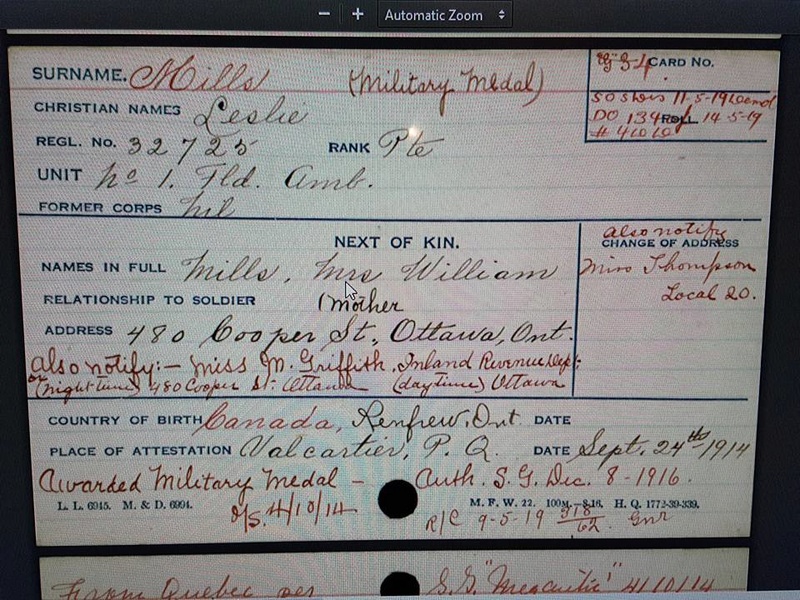 The CSR on the buckle stands for Combat Stress Reaction..thats a choice grouping you've found by the way..rare to find a group like that..ive got brother combos and father/son combos but nothing like that..that M.M may turn up,you never know...stranger things have happened
mk1rceme

Chuck Biscuits wrote:The CSR on the buckle stands for Combat Stress Reaction..thats a choice grouping you've found by the way..rare to find a group like that..ive got brother combos and father/son combos but nothing like that..that M.M may turn up,you never know...stranger things have happened

So that means she worked with early PTSD sufferers....interesting.
Thanks for the info

Yes sir it does,back when it was first recognized as a legit condition,they called it war neurosis until the term shell shock was accepted..So really it was the beginning of Psychiatric medicine..From what ive read about the subject the "noisy mental cases" as they were called,were sent to England to the Royal Victoria Hospital and the others (shell shock patients) were treated separately at other quieter locations...the medical terms and names for the types of shell shock reactions are almost comical compared to todays standards,names based on the physical reactions of the patient like "Hysterical Dancing Gate","Hysterical Slippery Ice Skate" and "Battling With The Wind"...My grandfather told me a story about himself as a kid in the 1920s and how other children would mimmick and laugh at these shell shock patients,one of his school mates got caught by a teacher doing this and was given the belt for it..In any case the grouping you found is very rare considering that the majority of the nursing sisters at that time would have been involved in the surgical aspect of medicine rather than the psychiatric one..when i get a moment to find it i will post some pics of one of my nursing sister groupings,which also included a belt and buckle of the other variety for a comparison...and a side note just looking at the info you have on Leslie Mills,the mothers address in Ottawa is right in the meat and potatoes of downtown ottawa,cooper st crosses bank st,about a 5 min drive from the parliament buildings,and get this..the address 480 really rang a bell for me,and i just sent them a text message to confirm,I have a friend that lives there!..at 480 cooper st!..the house still exists and is in good shape,broken up into 3 apartments now,she rents the ground level!..how messed up is that?..And the place of birth being Renfrew is a 15min drive from my current location..Its not uncommon for some of these items to remain in the area so if i just so happen to find the missing M.M around here i will turn it over to you;)
mk1rceme

Now I have other family members of the Mills family demanding I return the grouping. According to their story, the medals should have been passed down through the family from the gentleman I got them from. Funny how the families interest is peaked after I did endless hours of research on everything...and he did say he tried to give them to his nephews and nieces with no reply. Sounds like this could get interesting...lol!
_________________
Dale
Admin-CMCF
Jonhno

that's a predicament, have to let us know how it works out
mk1rceme 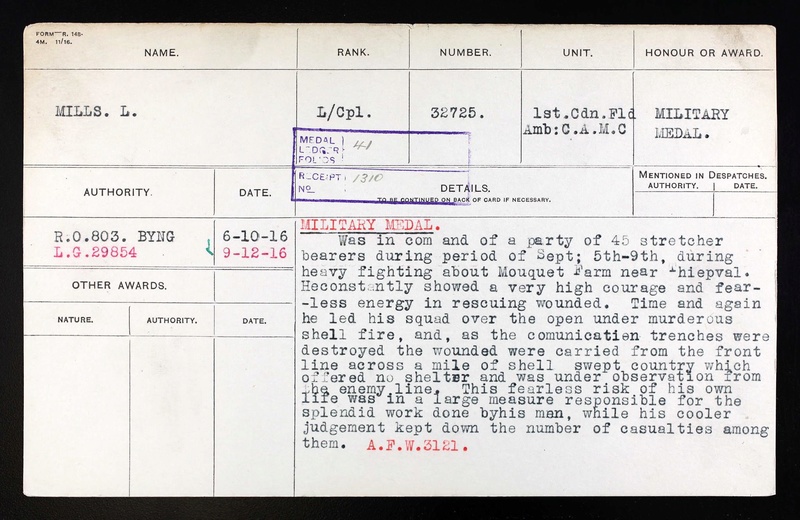 Dale - all too often, when something's been sold off years ago and comes to light now, family members suddenly take an interest and demand the item(s) back........so they can cash in by selling the items themselves, or insisting that the items should be returned as no one else "has a right to them".

A few years back I missed out on a marvelous accumulation of early coins, medals and tokens that a chap brought in to where I was giving a talk -----------Greek Empire, Roman coins, medieval silver coins and some really amazing odds and ends.........not a lot of military, but there was a Victorian LSGC to the 19th Reg't of Foot (Green Howards), a very nice Admiral Vernon Carthagena medal from the 1740s, and a George I 1718 silver medal commemorating the destruction of the Spanish fleet off Passaro.

The chap's daughter got wind of the pending sale, and kiboshed the deal saying one of the grandsons was going to "collect coins". Well, I know that the whole lot is still banging together in a couple of 19th century ammunition bags (yes, I would have liked them, too), causing who knows what extent of damage to the higher grade coins, and of course, the grandson has no interest whatsoever in them.

I check in with the chap once a year, but the situation shows no sign of changing. I could have had so much fun with that lot !
Sponsored content