Went into my local barber for my once-a-month trim this past week. While I was in the chair, he pulled down a little brass statue and asked me what I thought. I asked where he got it and he told me he picked it up at an antique shop a little while ago. I gave him my comments as how I thought it was done up somewhere in the Middle East as a souvenir for a soldier on UN duty. Made a comment that it looked as though it was missing a bag or water bottle on the back next to the bayonet, as there appeared to be a hole for a pin to attach it like the bayonet.

As I was leaving, he handed it to me. I said he didn't have to do that, but he insisted. I asked if he as sure and he said he was. I hadn't asked for it, and so as not to insult him by refusing to take it, I accepted it in the spirit that it was given. A nice gesture from a fellow I consider a friend (and a good barber to boot!)

Brass, about 85 mm high. No maker's marks, and what appears to be the UN emblem on the right shoulder (sorry, camera won't let me get in close enough to get a pic.) 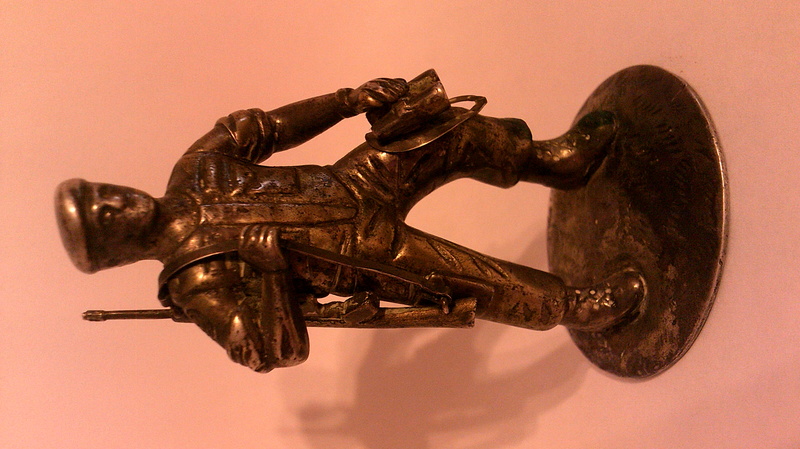 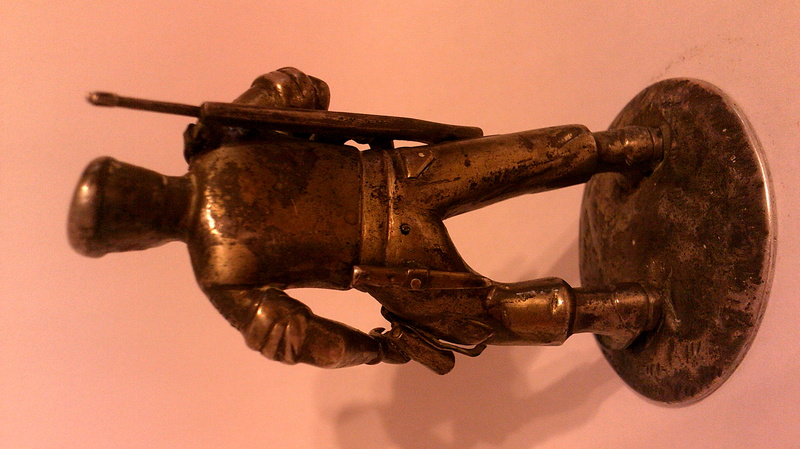 That is an interesting and unique item!

Looks like this dude on a cyprus plaque that I just sold. 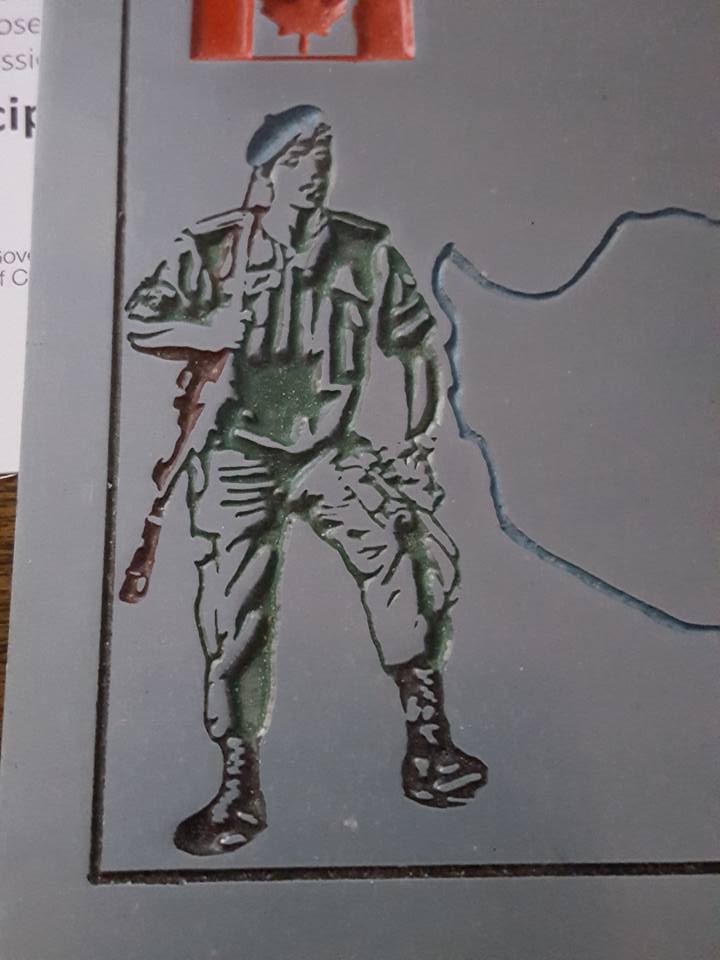 Sorry for the photos. I was using another computer when I hosted the photos from my camera and thought I had edited them to be upright. Guess I missed the "save" function when I was done.