Pair to the NREF

Pair to the NREF

Here is a pair I picked up to 2557411 Dvr McLeod who was drafted 68th Battery Draft and lists with 67th Battery in the NREF history book.

According to the NREF book

The Brigade sailed from Dundee, Scotland, on September 21st, and on arrival at Archangel some ten days later was transhipped to barges and consigned some 250 miles inland up the river Dwina....

[T]he balance of the Brigade, consisting of the 67th Battery complete and the balance of the 68th Battery continued up stream until it reached the junction of the Dwina and Vaga Rivers and came under the command of Dwina force, which had a column fighting about forty and seventy miles respectively up each of the above mentioned Rivers.

The 67th Battery was detailed to the Dwina River and the 68th to the Vaga.

After accompanying the 67th Battery to its front on the Dwina River, Brigade Headquarters and the reinforcement party proceeded to Piandar, eight miles north of Force -Headquarters at Beresnik, where a system of blockhouse defence was evolved for the defence of the steamers, barges, etc., wintering in Piandar creek.

During this period I was fortunate enough to be paying a visit to the 67th Battery when the famous attack from the rear on Armistice Day took place and had an opportunity of congratulating the Section on their wonderful work. Strenuous efforts were also made to obtain further Artillery support from Archangel, including two sixty pounders, and by Christmas we had received a section of British 4.5 howitzers and some Russian Artillery.


He was from Prince Rupert and seems to have been drafted.

The medals have his name erroneously as McLead 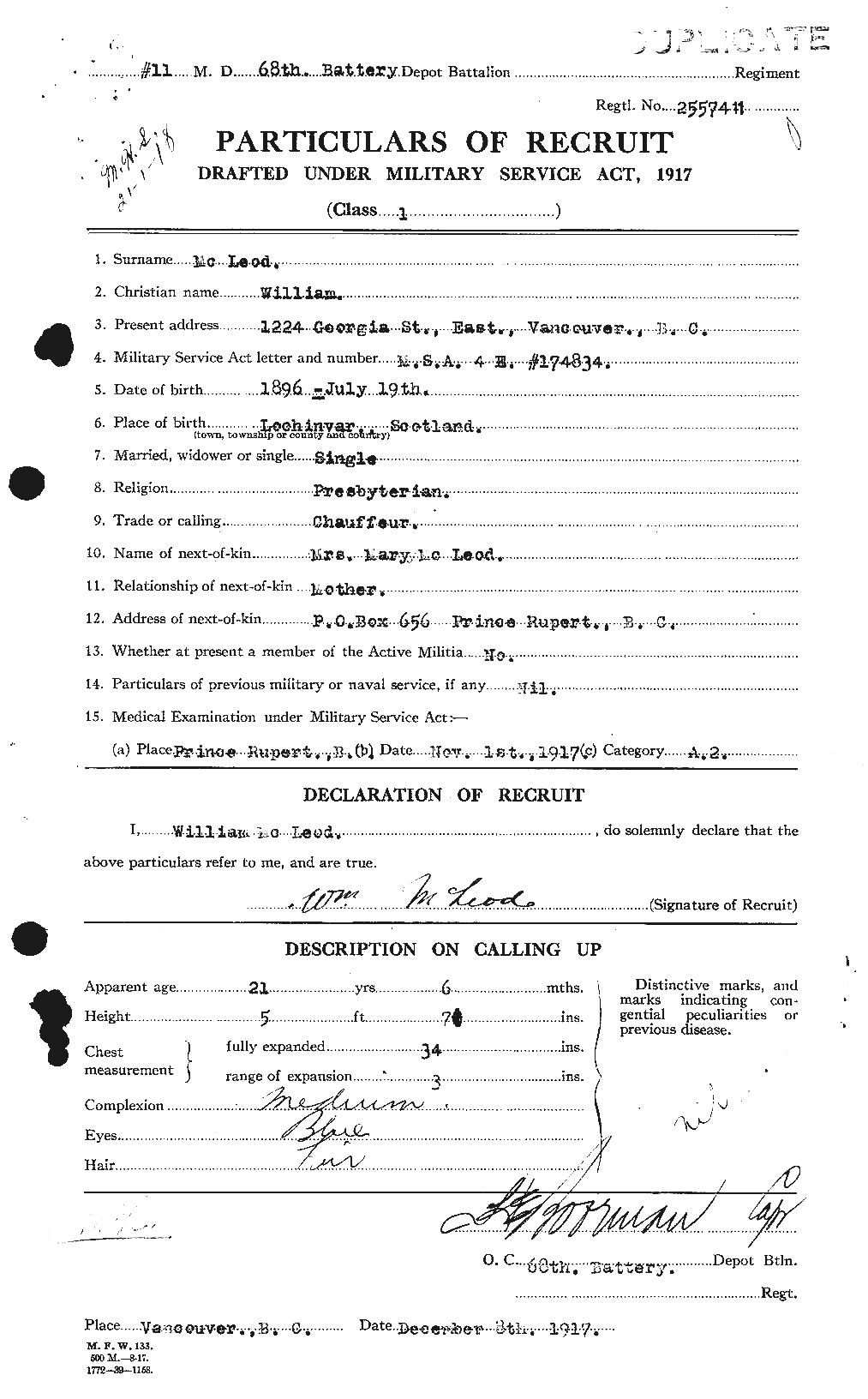 He was drafted yes as many were. Are his medals named C.S.E.F. by chance? In case you were not aware, his service records have been digitized and are available for download.
_________________
Cliff

Yes they are CSEF marked. I have downloaded his file from archives

Point of clarification. The North Russia Expeditionary Force was at the opposite end of Russia from the Siberian Expedition. Yet, both contingents were named CSEF?
bubberstone

I think the medals were stamped CSEF regardless of whether they were in the Siberian or North Russian theatre of operations.