Here is my original Mk.II Kukri that I Found last year that was in semi-relic condition. It was not kept in the best conditions for preservation. I had to have the active rust removed from the blade to stop anymore damage. Normally I would not go this route but given it's apparent rarity I took the chance. The rust was removed with a liquid that can be ingested by humans, so no corrosive chemicals touched it. It came out really good I thought. The rust around the handle and hilt was treated with rust killer with a modelling brush to avoid damage to the wood.

Blade shows excessive pitting from rust damage, is slightly bent at the tip, and has mushroomed out at the thicker top area of the blade by having something hit the top in it's past...but still has a nice visible Broad Arrow stamp. Under the stamp is what looks like a L.D.? 64.

Wood handle is in OK shape but has several dings and scratches. Also looks like someone scratched their initials in it. It is not loose or rotted though.

Overall, a solid piece that went through some hell in it's time. 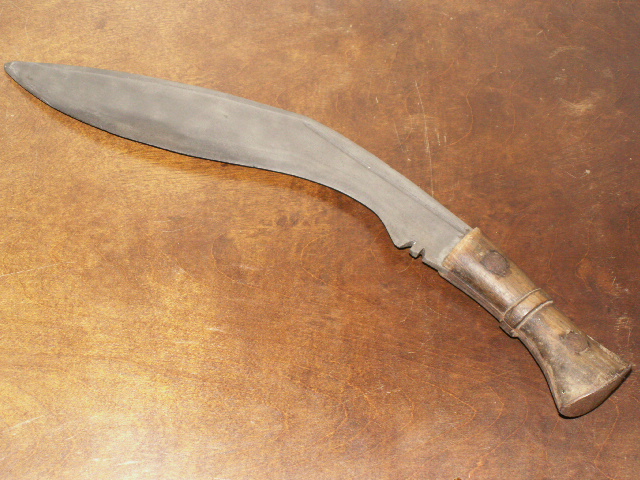 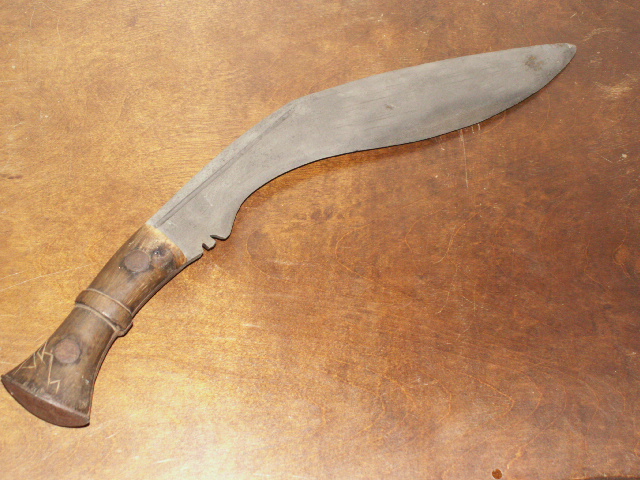 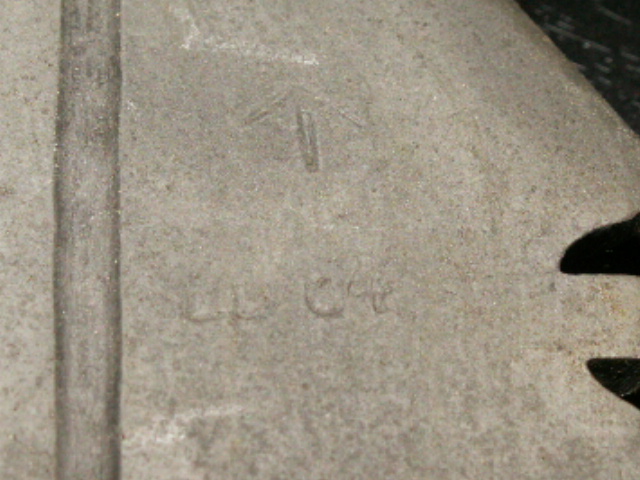 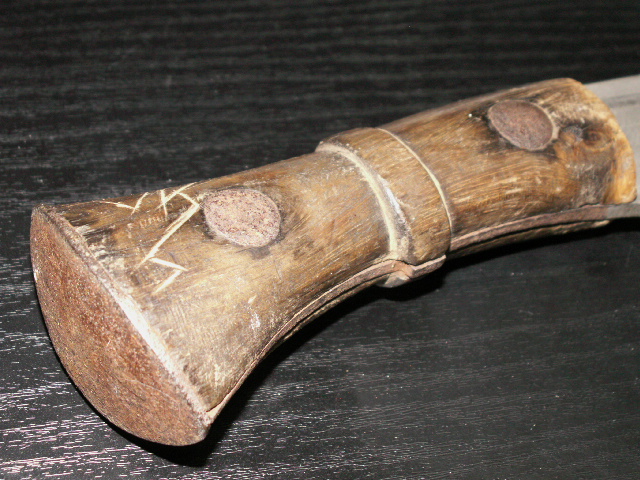 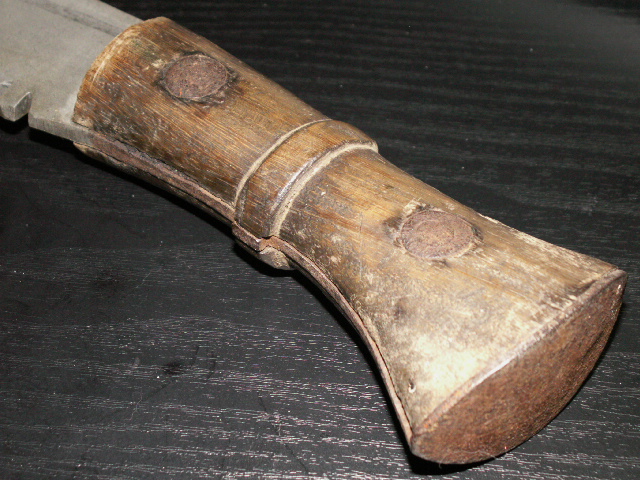 Here is the picture I got from the seller before I bought it. The rust was worse than the picture shows...this was the good side. 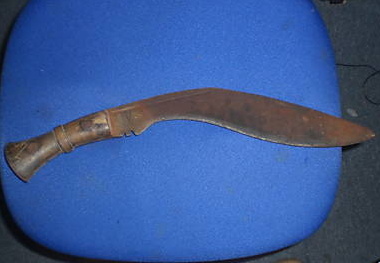