when I was a cadet one of my officers showed me a medal he had found at a yard sale and showed it to me. later he gifted it to me. we both call it an abdication medal but I can't find anything about it anywhere. so now I am here. 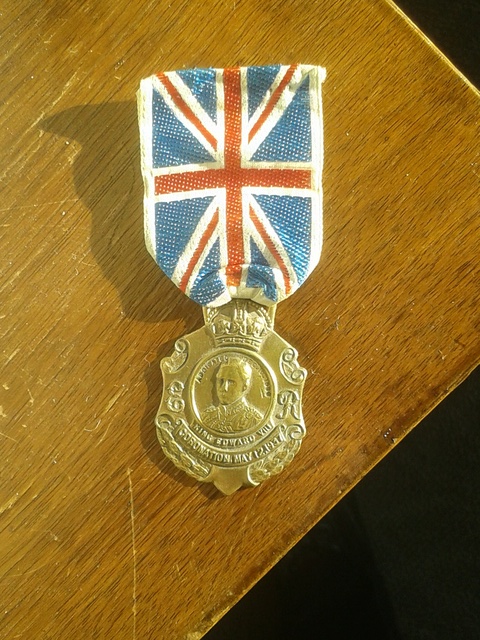 if the link isn't working the medal looks as follows
-union jack ribbon
-overall medal shape (not a traditional round)
-oval
-narrowed middle
-bottom comes up and back down into a small point
-medal features (top to bottom)
-a crown
-circle with an image of king Edward VIII
-''E'',''R'' on either side of circle
-laurel wreath along bottom
-writing
-king Edward VIII
-coronation. may 12, 1937
-(on back) designed by John J. Lightstone, made in Canada
-(also note that above the kings head is stamped) abdicated Dec. 10, 1938 (there is evidence that this was an after thought though as parts of his hair are pushed down as if by a stamp)

I look forward to discussing this further
Tankermike

This looks like a coronation souvenir medal that was altered after the abdication....... Is not a military medal......
I have one from the City of Edmonton......