Hello Michael, the first title in your post is, in my opinion, Canadian made. I have seen it on several battledresses which belong to veterans who all joined early.
Bill

Hi Wouter, Mike,
Flocking was a production method that was popular in Canada in the 40's and 50's into the 60's. The flocked titles were not an official issue. NDHQ did pilot a project to investigate the production and issue of that pattern, but they were found to be unsuitable for use. Durability was the big factor. These patches or titles were not able to stand up to the elements and the wear and tear of everday use. As an authoritzation, they were not covered by a separate issue order at NDHQ, but were covered under the RO's allowing active service units to acquire coloured cloth shoulder titles. To date I have not found any evidence for system wide issue, or even a regimental wide issue.
In reference to the top Canadian Scottish title shown in Mike's image, the stitching appears to be the so called English embroidery. It has the diagonal bias, and the backing material is consistent with other titles that are identified as British.
A couple of thoughts on the "survivabilty" of titles and the period of issue. The process of issue of kit is part of the understanding. The soldier was issued two BD per scale of issue, and one was usually reserved for best BD, or parade/walking out BD. The other was for training / service. However, over a period of a year or two, or even longer, the soldier would wear out the tunics and would be issued new tunics. At the end of hostilities, the field service tunics were almost universally withdrawn and destroyed, and new BD were issued. These were then kitted out with insignia. After 1943, the officially authorized insignia was printed, and any other embroidered insignia was privately acquired. If the soldier had acquired a set (or a couple of sets) of embroidered titles he could apply these to his tunic. But the tunics we see today are almost all the "coming home" tunic the soldier wore. If the soldier didn't like the printed titles, he could purchase embroidered patterns. If the RSM didn't disagree, (and at the end of the war the RSM still had a lot of say over dress, even though the rules appear to have been relaxed)that was what the soldier would wear on his tunic.
There were perennial shortages of titles, especially in the reinforcement system. If a soldier was wounded and taken out of front line service, after recovery he was put in the reinforcement / training battalions. Insignia policy established by CMHQ allowed him to wear the insignia of his parent unit. However, that was not always available in the stores at the reinforcement battalion. There was a ready market for privately produced titles. Additionally, printed titles were not popular with the troops. They were seen as the cheap issue, and many soldiers took the opportunity to purchase embroidered titles for their tunics.
Wouter

Since I haven't posted on here in a while now, I thought I'd show a few things C Scot R that I picked up when I went over to Canada in June for the reunion.

First up is a set of 16th Battailon, high quality bronze collar badges for an officer. Apparently, these were made by a jeweler. 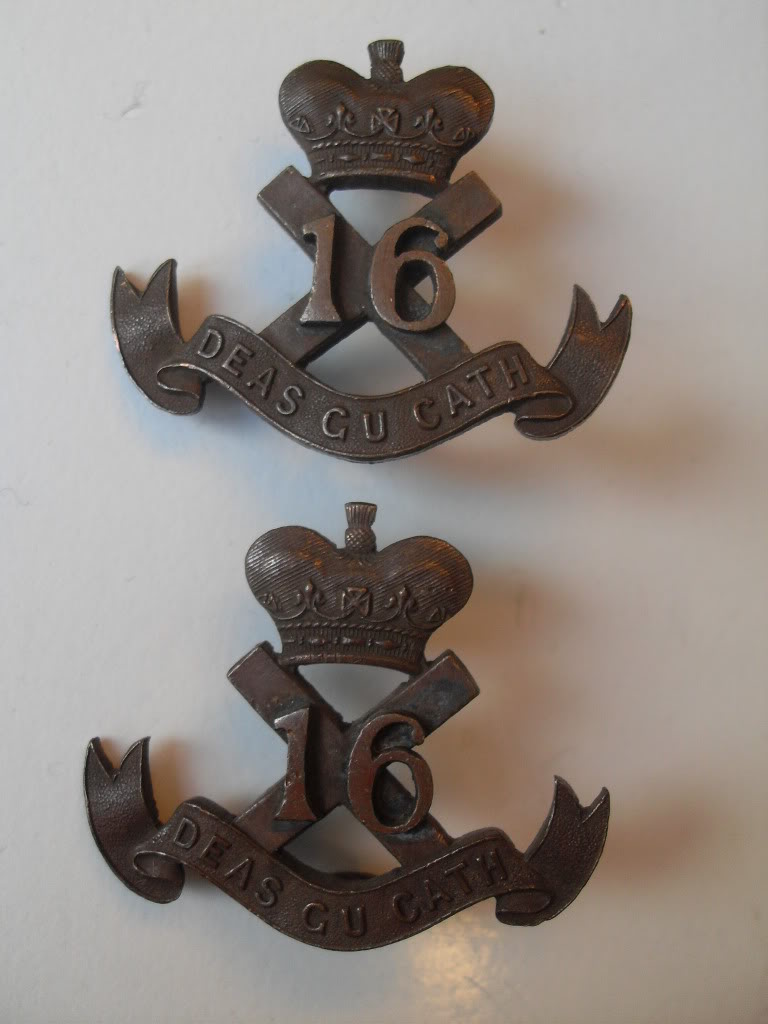 I also picked up a WWII officers collar badge, which belonged to the CO, Larry Henderson. In this picture you can quite clearly see the difference, as the WWII badge, which is on top, is slightly smaller. 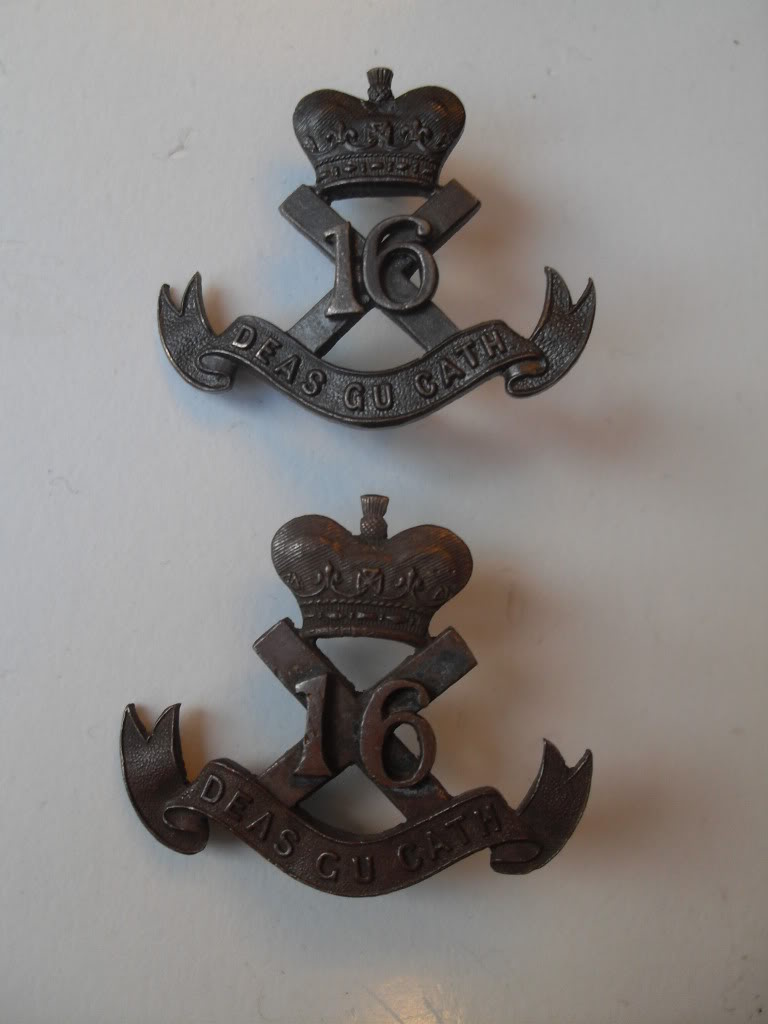 I also got this 16th cap badge: 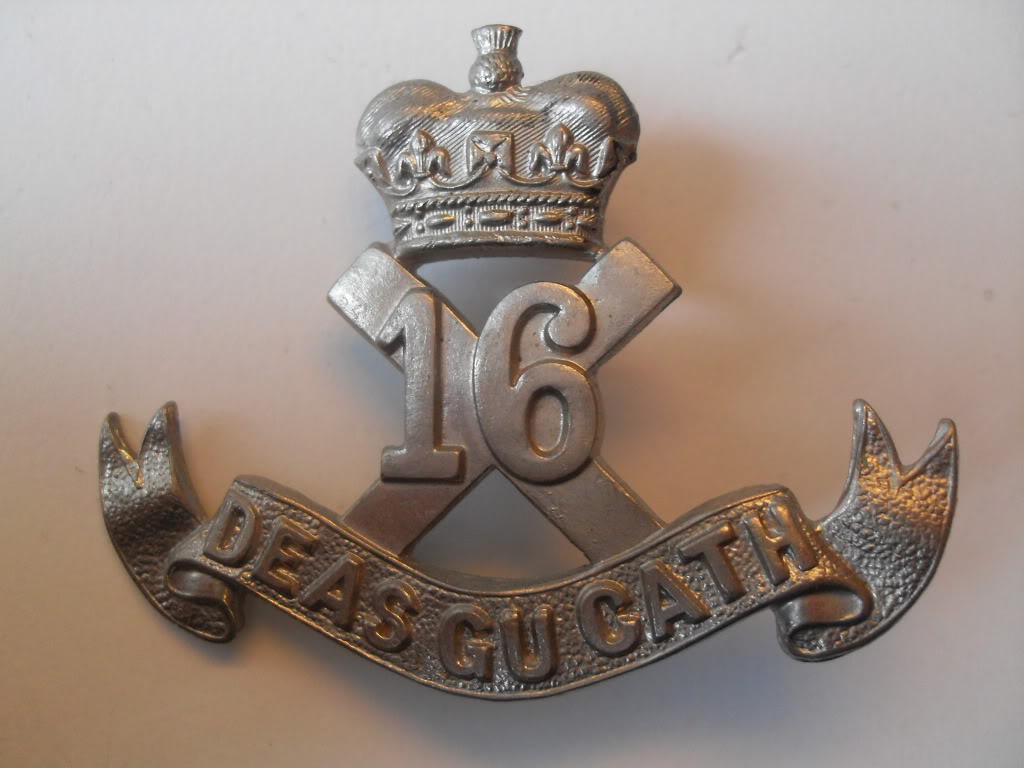 And finally, I brought with me my copy of Ready for the Fray, to get as much autographs in it as possible. I should've brought it out last year but I forgot. Figured I had to take it this year, as they are still with us now, and who knows who will be there next year? 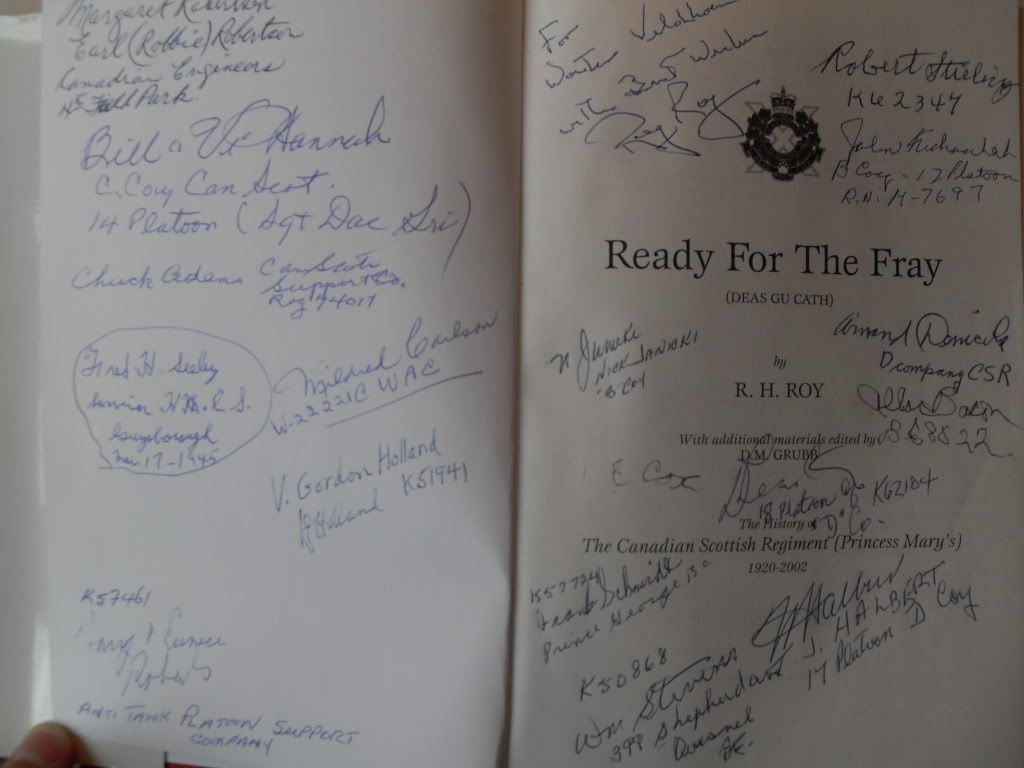 Thanks for reading!
Michael Reintjes

Great stuff...wonderful badges and love the autograph collection,great foresight on your part...
Wouter

Just the other day I was able to add another Can Scot slip-on, making it a pair: 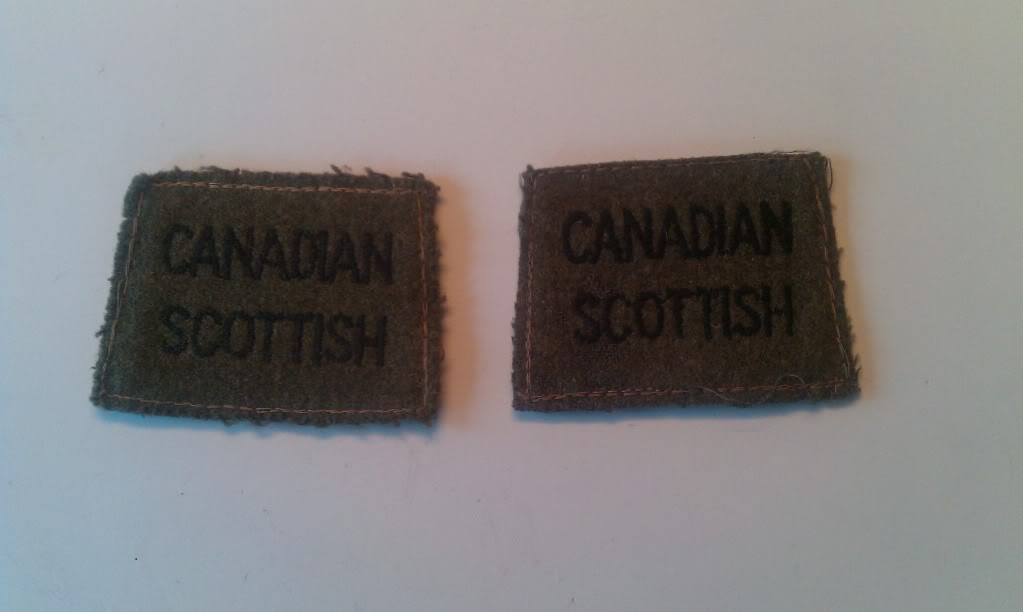 Recently I've been able to add some other badges... now the C Scot R cloth shoulder badges 'collection' looks like this; 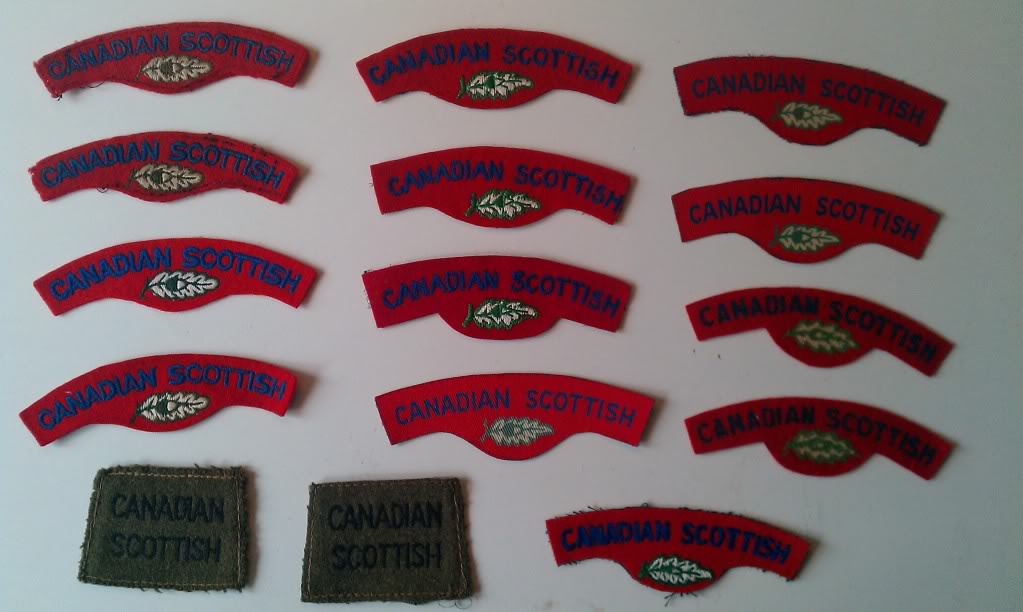 It's nice to see all the different variety's of C Scot R cloth shoulder flashes together like that. Great collection! I think I recognize three of your new ones

Woh!
Really nice Wouter.
I'll post my Can Scot stuff and the Cap badge I found on the earth of Putot en Bessin in Normandy where the Can Scot fought from 8th June to 17 June 1944.

Please see the pic below taken in Putot en Bessin. What does the Corporal on the right side wear on his belt?

Still anxious to see the cap badge you found, especially since I am now working on my thesis, using interviews I did with veterans from the Canadian Scottish. Right now, I am researching and writing about Putot.
Wouter

Got this one a while ago. Strongly suspect it to be tailor made. 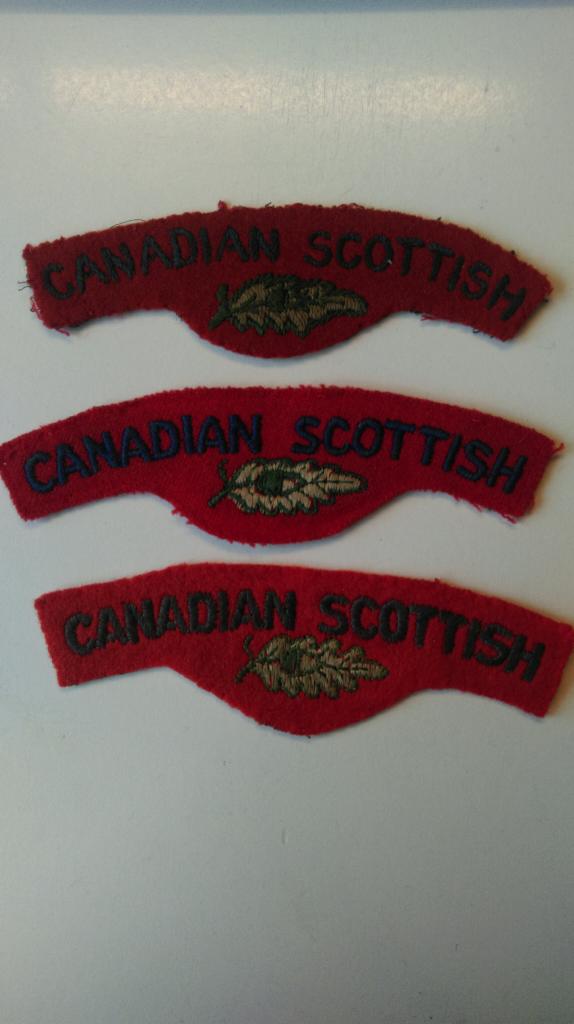 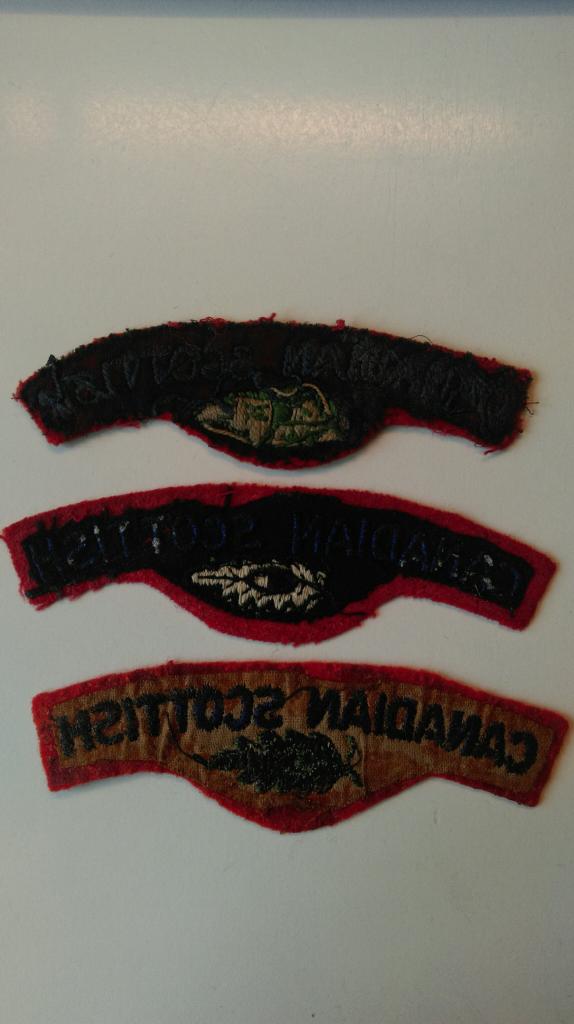 Has anybody seen these variations before? They are not the ones you usually encounter, so I suspect some or maybe all of them may be tailor made.
Bill

Hi Wouter, The images could be clearer. I can't see the details on the top title. There are many different variations of the title and it is difficult to attribute the titles to particular makers.
Are the acorns brown or green?
Bill

Just a further observation. The construction, from what I can see appears to be machine embroidered.
48th

I agree with Bill, the pictures are very dark and not clear.
I did look over my collection of WWII Canadian Scottish titles and it looks like I have the top title in your picture but not sure.
Wouter

I should try and get some better photographs some time. In the meanwhile, has anyone else been able to add something to their Canadian Scottish collection? Always interested to see C Scot R stuff!
Wouter

Whilst my collecting focus lies with the 1st Battalion, Canadian Scottish Regiment, in the Second World War, the 16th Battalion and its predecessors also have my interest. A little bit of background, copied straight from my own research on the unit:

A number of highland units endeavoured to make unofficial arrangements with each other to form a single battalion for overseas service. However, all of these plans fell through and the contingents that had been formed for active service in Europe were all sent to Valcartier, Quebec, to be mobilized. It was there that, ‘by chance rather than judgment’, four companies, from four separate highland regiments, were formed to create a single highland battalion. The 50th Regiment Gordon Highlanders, the 72nd Seaforth Highlanders of Canada from Vancouver, the 79th Cameron Highlanders from Winnipeg and the 91st Regiment Canadian Highlanders, allied with the Argyll and Sutherland Highlanders, from Hamilton joined forces to create the 16th Battalion (The Canadian Scottish).

I have not yet been able to complete everything, as some of these badges are quite rare. Especially anything regarding the 88th Fusiliers. In any case, here's what I do have on these units: 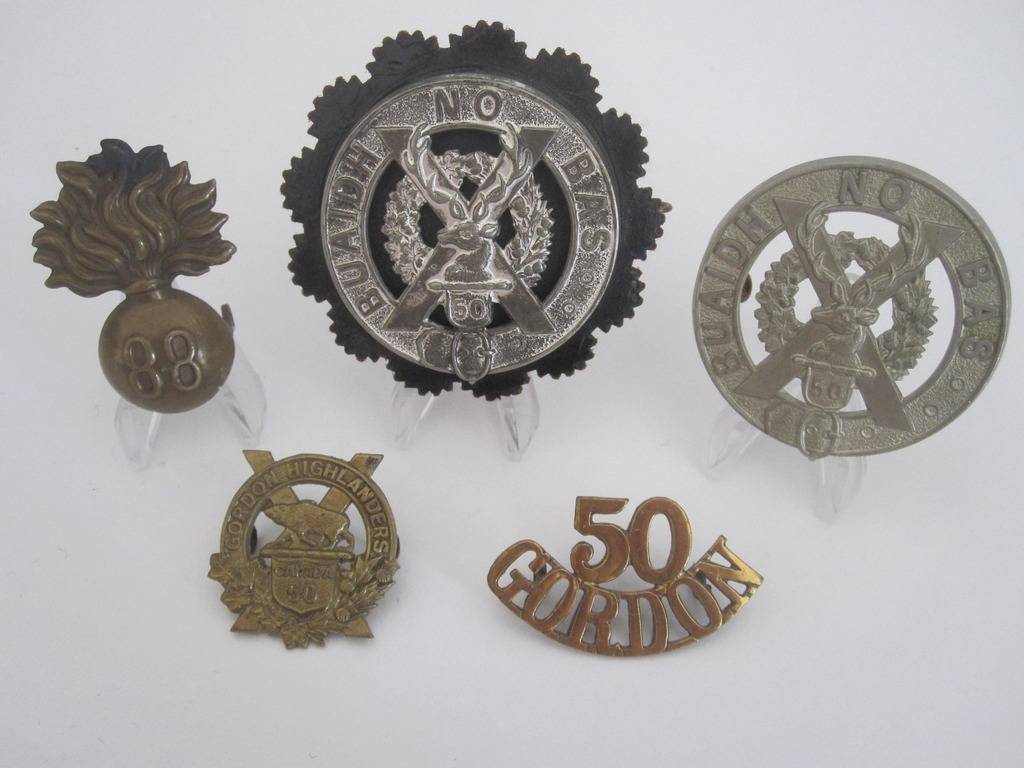 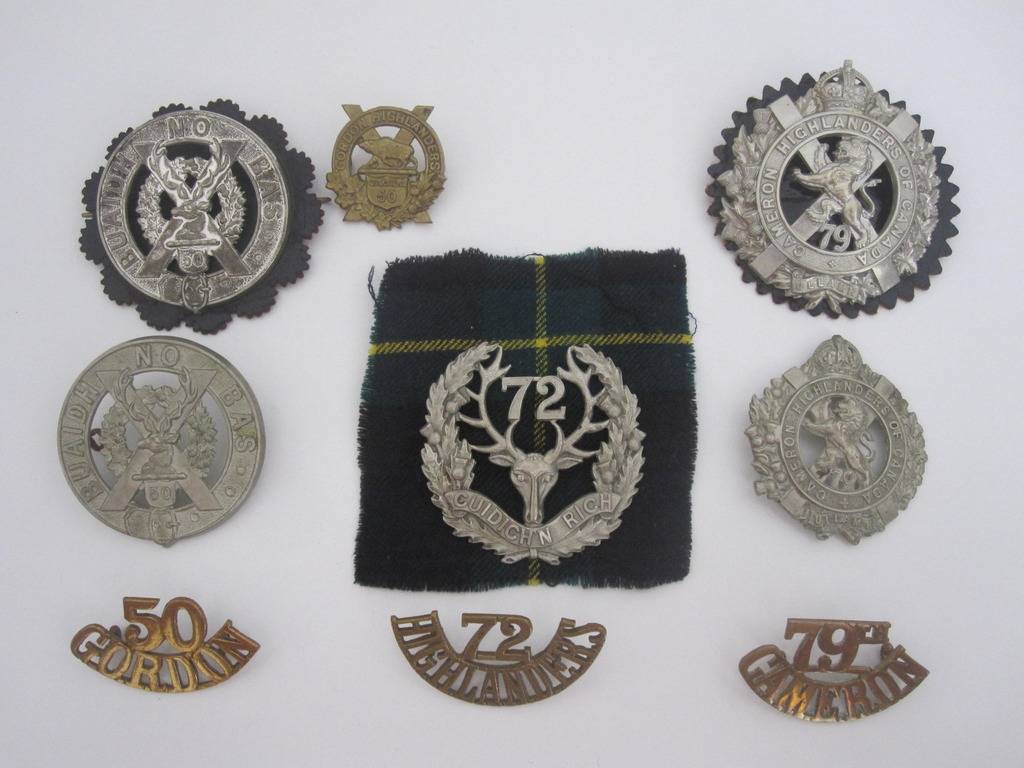 Here is a WWI rarity ..... hand cut from brass and worn for a short period at the start of WWI. The uniform was worn by a soldier wounded in the head at Festubert and sent home. 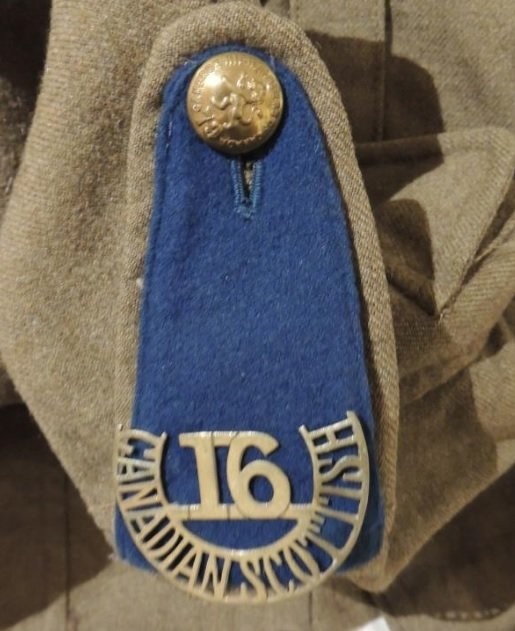 Very nice badge! Any chance to see more photographs of the uniform? Judging by the button it would seem he was a member of the contingent of the 79th.
Wouter 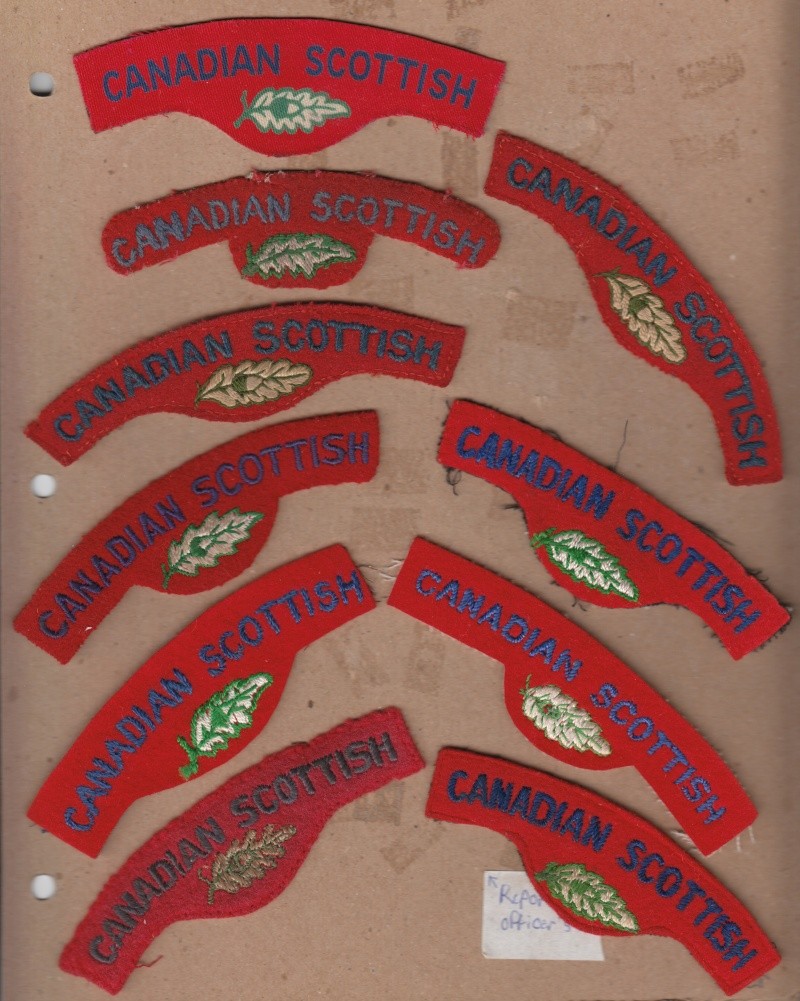 Hi Bill, do you have any thoughts on the title on the left hand side, third from the bottom? Yours is the only one of that particular type I have seen. Also, the one second from the bottom on the right hand side. I have only seen those on battledresses of men who joined early and have always thought they must either be a Canadian made example or some sort of unit order when they were in England, before they embarked for France. What are your thoughts on that one?
Bill

Hi Wouter, the Canadian Scottish acquired an issue of their title before embarking for overseas, and once overseas they acquired several orders before CMHQ mandated the switch to printed titles in late 1942. And, this pattern title was worn by the reserve regiment after the war until they acquired their new pattern in 1949. As to any specifics about dates etc, that would be speculation on my part.
Ireland 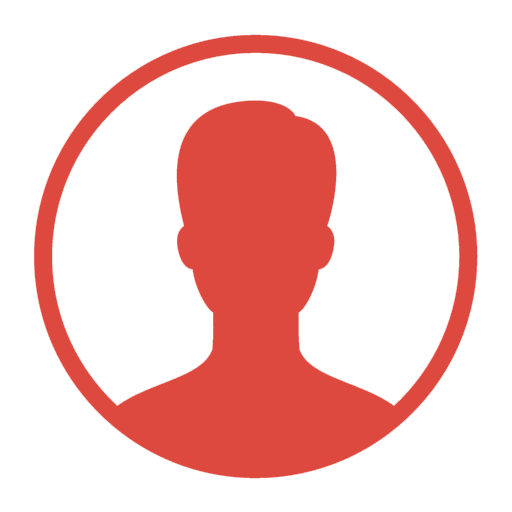 Hi. I'm new to this forum. I have started to try and collect some RCEME WW2 shoulder flashes and also still looking for a "Canada" embroidered shoulder patch (flash).. I'm also looking to purchase at least 1 (or a pair) Canadian Scottish shoulder flash from WW2.. If anyone out there has any suggestions, please message me. I'm hoping to recreate my dad's WW2 battle dress uniform. Thanks

Has anyone been able to find Canadian Scottish items since?
ypres

Here is a nice early 16th battalion cap badge. The soldier who wore this was wounded in April 1915 and was discharged by 1916. It came with the uniform I posted the shoulder title from in an earlier post. Notice how the low-lights are blackened. 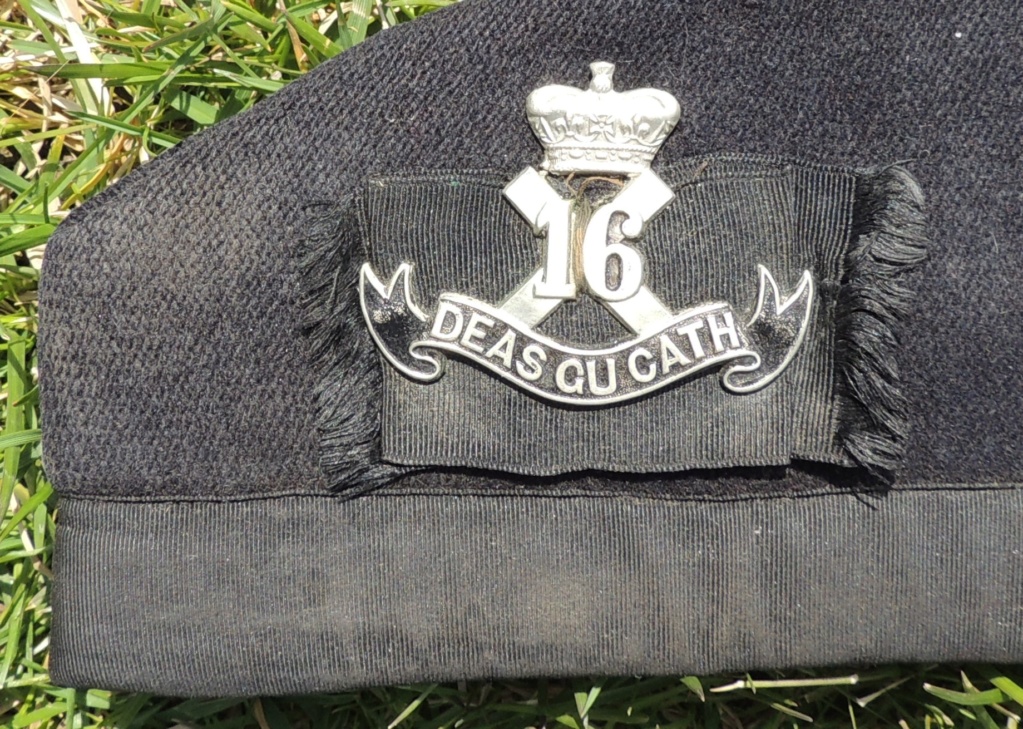 That's interesting. I have not seen that before. Is it a regular issue cap badge?
ypres

I assume, first issue. I have nothing to compare it with. This is the earliest 16th Battalion uniform I have seen.
Sponsored content