A lot of you will probably have seen this picture, as it is an official Canadian Press photograph to cover the war in Europe. It was published in the Halifax Herald on April 21, 1945. 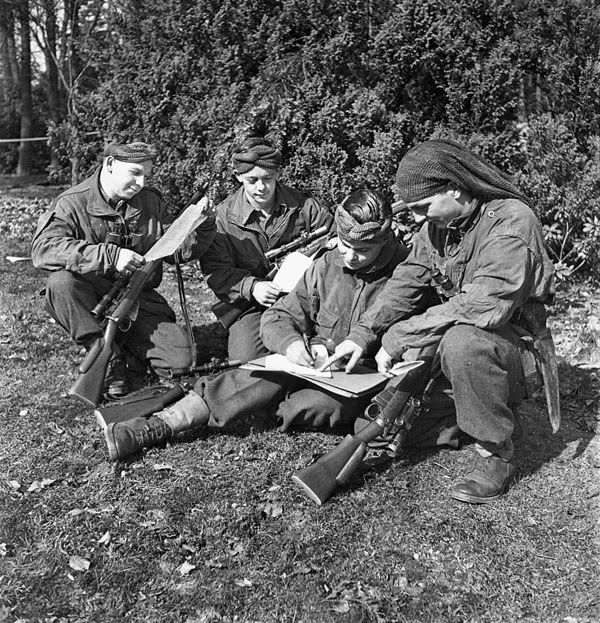 Now Mr Holland, who is third from the left, signing the paper, was also with the Canadian Scottish. He was with C Scot R before and during the war until 1944, when he got ill and they left without him. When the Calgary's called for reinforcements he agreed to serve with them and he did. After the war he returned to Canada and rejoined the Canadian Scottish. Through this C Scot R connection I came in contact with him and he is a very kind elderly gentleman. About a year ago already he sent me his Calgary Highlanders capbadge: 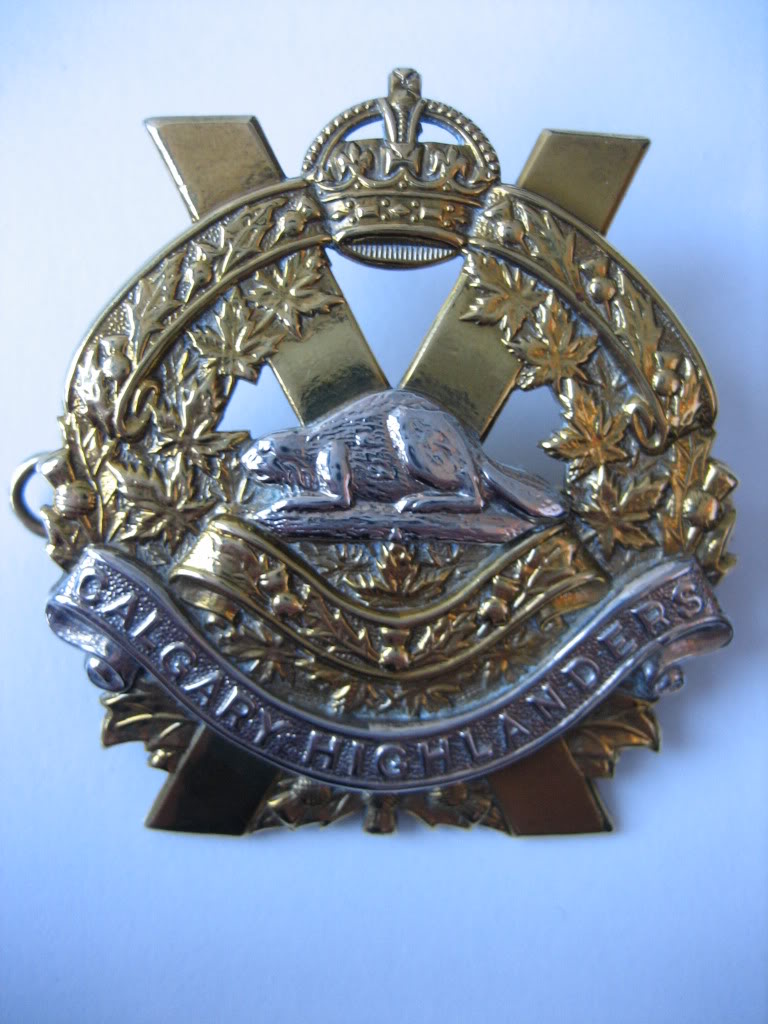 I also have a lot of other bits and pieces that were his, among which is this German banknote which he got from a German he had taken prisoner.

However a German I had taken prisoner, gave it to me saying in broken English not to kill him but take him prisoner & mentioned Geneva Convention. Well of course I hadn't even considered killing him, prisoners were very useful to our Intelligence Section & I never knowingly killed unless I had to.

I took that German soldier to the I section, he seemed like he was tired of the war & I expect that he was very cooperative and would like to see the end of the war, as would all of us. 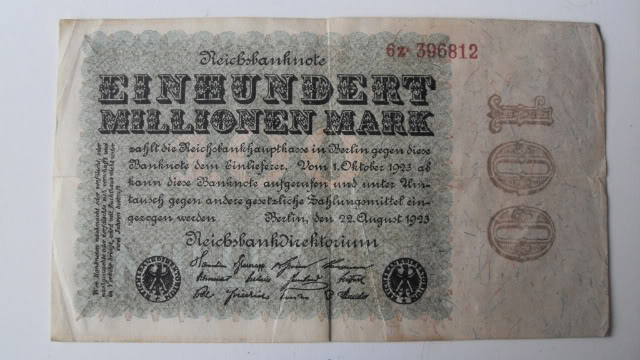 Luckily, I have his service records as well. His father, W.G. Holland served in the Great War with the British Gordon Highlanders. He went back to England and joined up with some of his buddies from college. In the interwar years he was a captain with the Canadian Scottish and during the Second World War he was vice-consul for the Netherlands in Victoria. Speaking of his father, his medals were stolen when his house was broken into years ago, so if anyone comes across a set of medals attributed to W.G. Holland, please, contact me.

I was lucky enough to visit Mr Holland at his house in Victoria last summer, and here is a picture of him holding his medals. I think he is also eligible for the Defence Medal but I am not sure of this.

We still email very regularly, usually daily, and he has a lot of stories to tell. One of the more memorable and typical ones was this one:

I think I may have told you that soon after the war I was riding in a street car here & the circuit breaker went off with a loud bang when going up a hill. The next thing I know I am under the seat across the aisle. When I realized what I had done I got off & walked the rest of the way into town.

I have read about this sort of things happening a lot with former soldier straight after the war. Usually to great embarassment of the man in question, but this sort of reaction has probably saved his life a few times during the war years.

Anyway, I hope I will have the pleasure of corresponding with him for years to come and hope that you have enjoyed reading my little contribution to this forum. Now I'm off to bed!