All black version of the WWII USMC Stiletto. Made by CAMILLUS but these knives have no markings. Some were issued to Canadians (1 Canadian Parachute Battalion) and some were issued to USMC. Similar to the F-S Fighting knife but the handle and guard are cast in one piece. Unlike the photo, specimens I have owned in the past has the front of the scabbard blackened as well.

Willing to buy or I have items that can possibly be used in a trade deal. e.g. USMC Stiletto; variant of first model F-S Fighting Knife (originality not guaranteed as is is unmarked); OSS Smatchet; BSA airborne bicycle; WWII British supply parachute (complete).

Re: WANTED: All black version of WWII USMC Stiletto 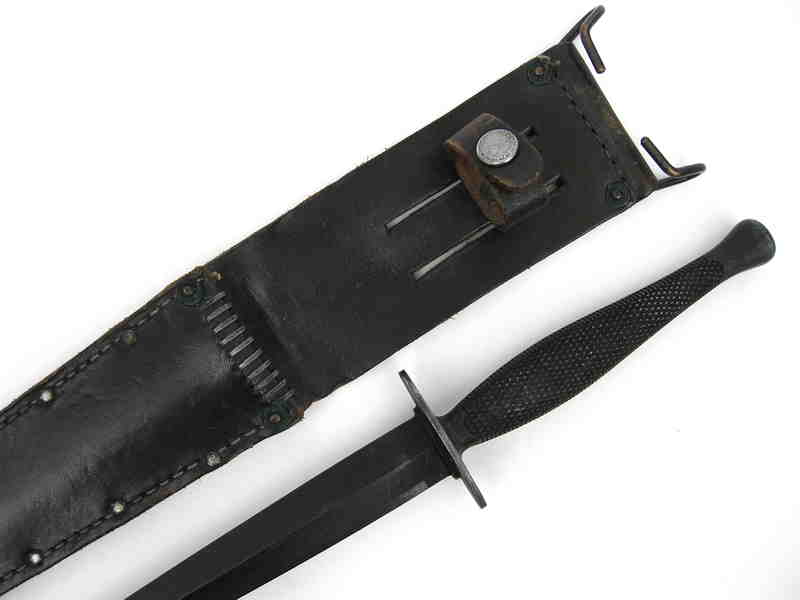 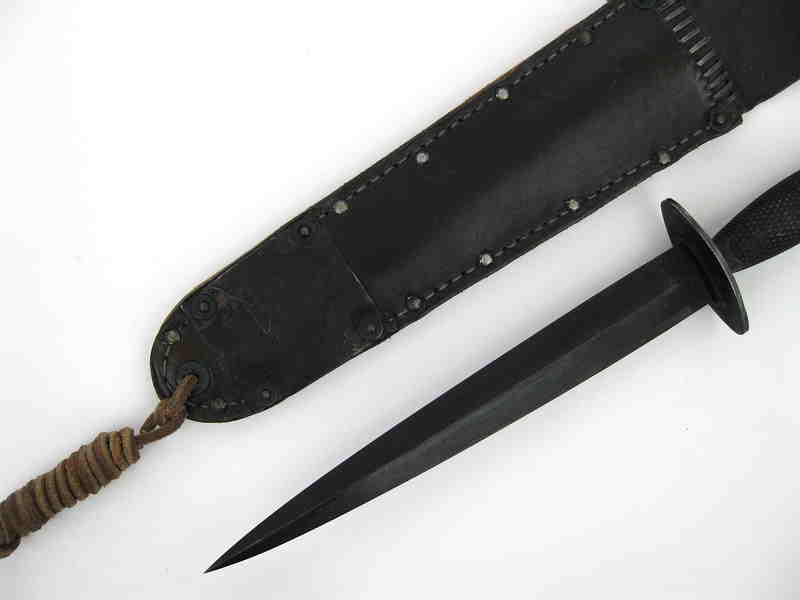