Body armour was issued on a very limited scale to glider crews and others. 3200 sets were supplied to the 1st Canadian Army and issued mainly to teh 2nd Infantry Division in July 1944.

It was produced by Briggs Motor Bodies, and Harrison Bros and Howson. It is constructed of 1mm manganese steel plates which are covered in canvas. The key organs of the body are protected. Weight is 3.5 pounds. 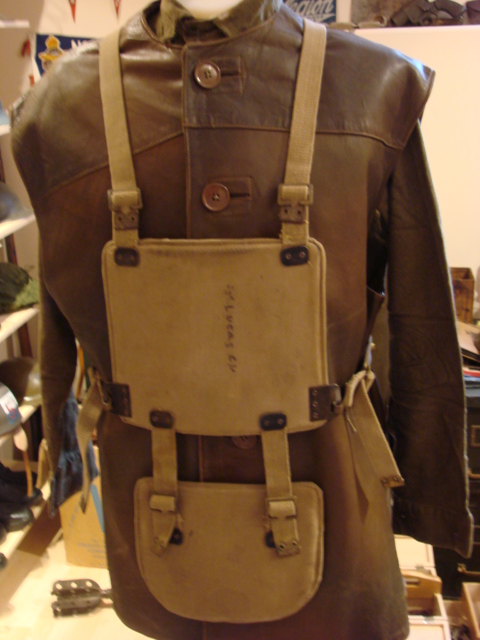 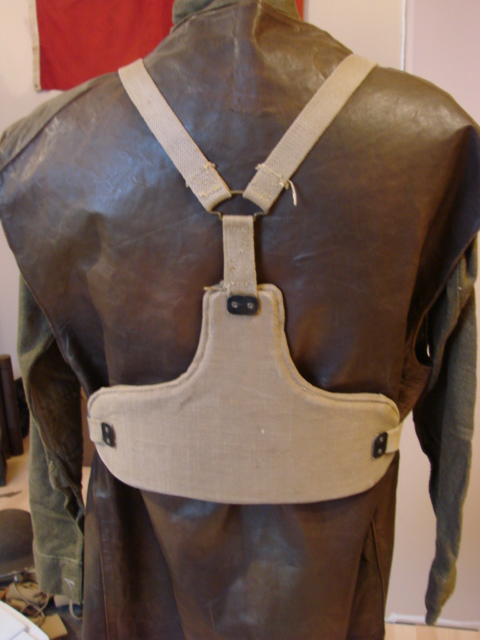 I wonder how often it was actually used? Problem is that some vets reported wearing it under their uniform and so it wouldn't be obvious in photos of the period. Pretty rare stuff and I would love to own a set.
GCR817

From what I gather it was only worn by a few troops. I have seen a couple photos of it being worn and will post one if I can dig it up. I've heard that medics tended to wear it.

Now for some family history, my Wife's Grandfather (John Nimcan - now deceased) served with the QOR while his Brother served with the Calgary Highlanders. John told me this story while visiting my collection room and examing the armour. His brother (William Nimcan), was a Cpl and was issued a set, but loaned it to a young Pte who was extremely nervous. Anyhow, he was killed in action not long thereafter. I wonder if the body armour would of saved him had he kept it? Fate is a stange thing.