This American made holster for a Colt 1911A1 pistol is also marked with the Canadian C Arrow mark. Could this have been a holster issued to the FSSF during WW2, I cannot think of any other time when the 1911 was issued in this holster to Canadian troops. Many 1911A1 pistols were issued to Canadian troops during WW2 but this type of holster would have been issued with the American web belt as the 37 pattern British/Canadian belt would not fit.

Another observation is that the holster was originally brown, I have read that all 1911 holsters during WW2 were brown, then changed to black as per uniform regulations late in the 1950's. From what I have read so to match the new black leather boots that were issued. 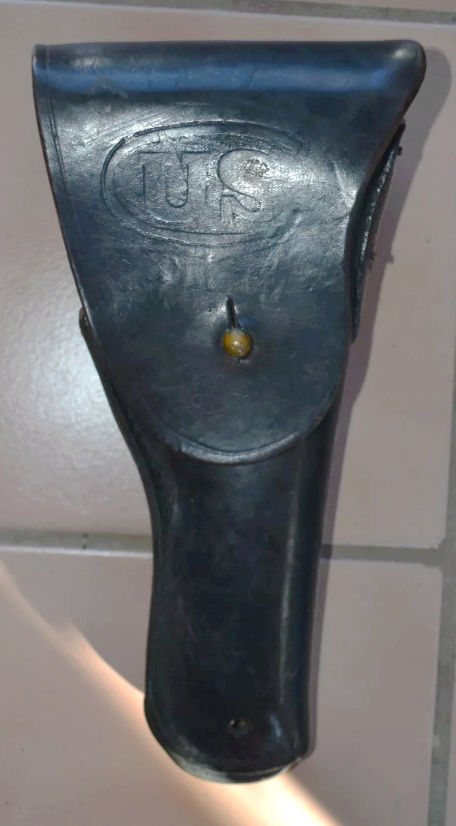 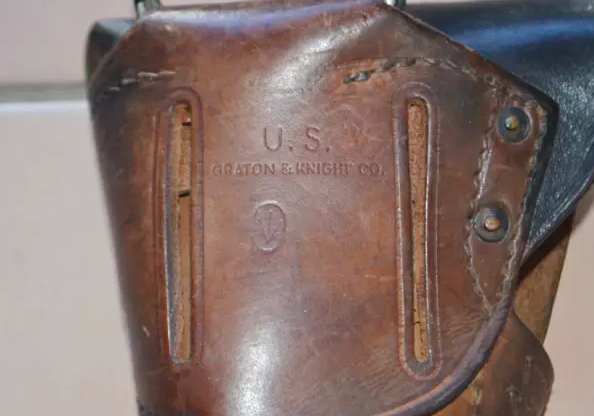