I have had this medal in my collection for just over 3 years. It was not until last Thursday, that his service records were available to me. Prior to this, not even his Attestation papers were available online.

Frank Street was born in Reading England, December 26 1882. He was the second child, and only son, of 3 children born to Edwin Street and Kate Hope.
He married Lizzie Musgrove sometime before 1902 in Montreal, and they had three children together. I am still working on his life events prior to his service to the C.E.F. His occupation is that of Machinist or Mechanical Engineer.

Frank attested to the 199th Battalion CEF on February 8, 1916. His Service number 919001 is the first number in the block allocated to the 199th Battalion. On his attestation papers, he answered YES to currently belonging to the Active Militia, and that he had previous Military Service with the Royal Canadian Regiment. It was further noted under Distinguishing Marks, he had a tattoo on his right forearm, 3rd RCR over the Union Jack.

Frank found himself admitted to Hospital Witley Camp on 15th of March 1917, then the following day to Hospital in Bramshott. He spent 2 months in hospital for treatment of small intestinal Gastric Ulcers, which he had suffered from since 1902. He was discharged from hospital on 17 May 1917, while preparations were made to discharge him to Canada. He embarked for Canada 22 June 1917.

Frank was officially discharged from service with the CEF on 30th September 1917 in Montreal Quebec.

At his home in Montreal, on April 20 1920, Frank Street took his own life “while in a depressed state of mind”. His death was attributed to his service and his widow Lizzie was issued Memorial Plaque, Scroll, and Memorial Cross. These were dispatched to her in Montreal on July 29, 1920. ( the where-a-bouts are unknown).

Frank Street’s widow also received a single British War Medal for his service in the CEF. It was dispatched April 17, 1925. 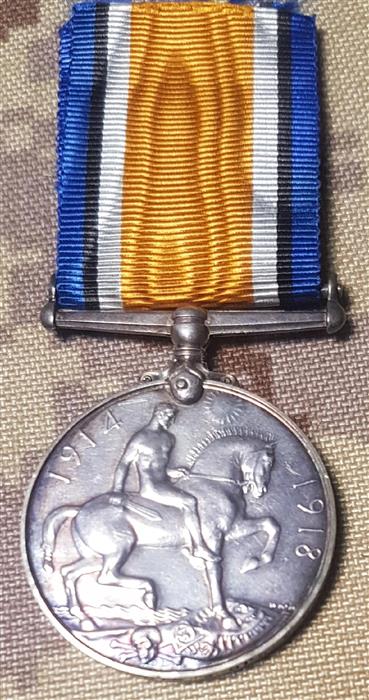