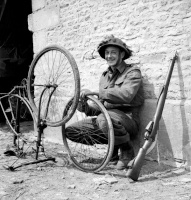 I recently had a chance to pick up two Services Offered Not Accepted pins, but all my rooting around has not found me much information about these. That's where you come in. Does anyone have any info on these? I assume they were given to people who had tried to sign up, but for whatever reason could not. I assume this could then be worn by them so people would not assume they were avoiding the War.

I guess I have a few questions. Firstly, are they Canadian? They were made by Jackson Bros. They look a lot like the CPF or CEF pins. Were they part of the CPF. Were they supplied by the Government? The two I have are engraved with a 3 digit number in the middle, one is 412, the other is 459. What do these numbers represent? How rare are these. I can' t seem to find much of anything on these.

Appreciate anything you can offer. Thanks for your time. 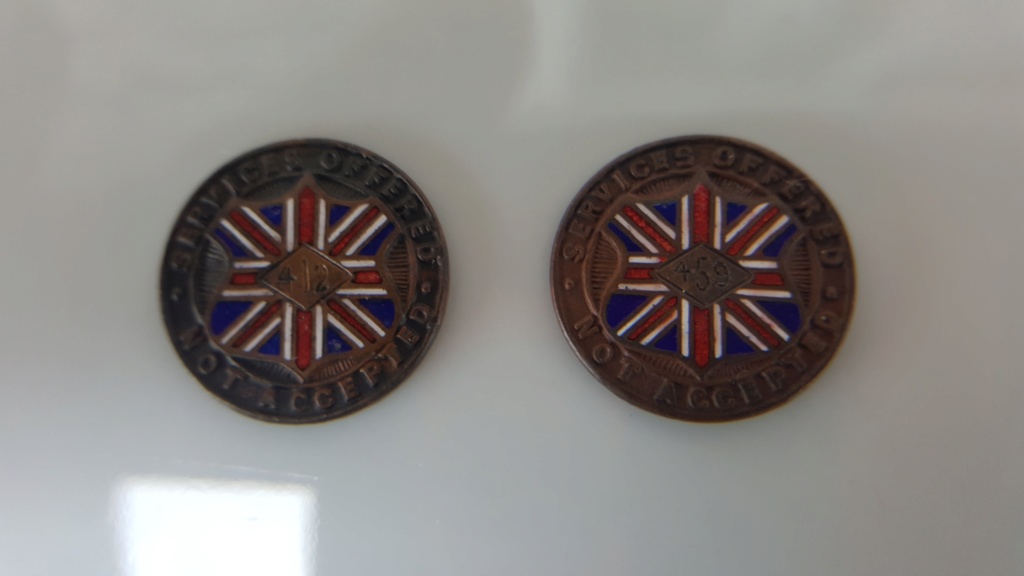 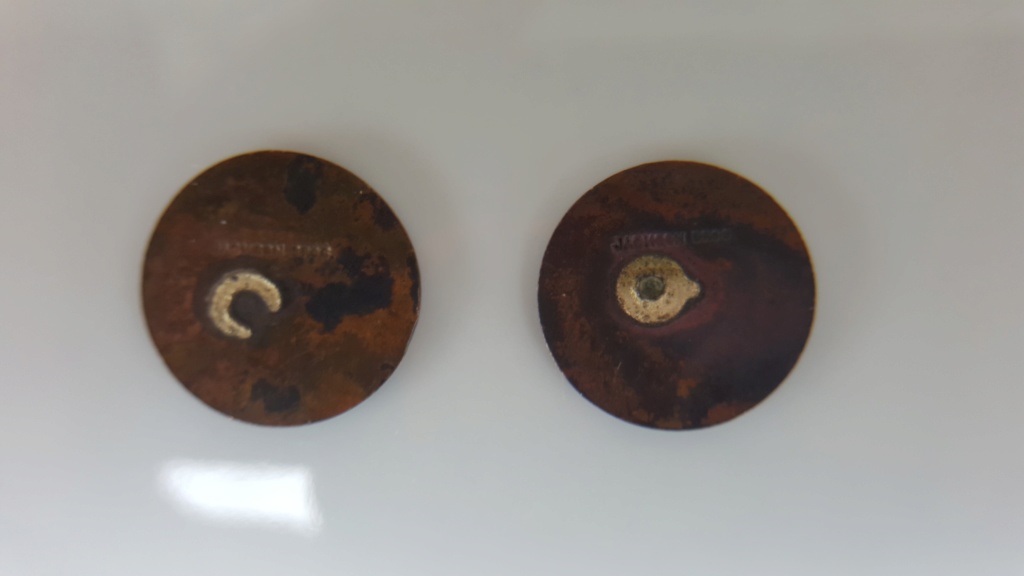 I can't help, but it's interesting to compare it with this one for service at the front. 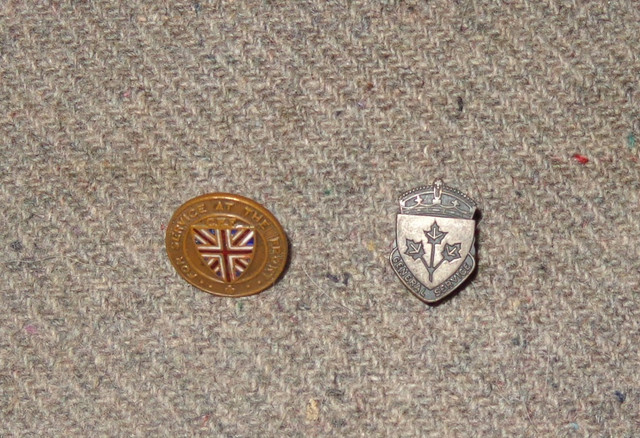 I am not able to add much to this however, I had looked into these in the past. From what I understand, they were "issued" but who and how, not certain. I believe these may be British, as they differ from the Canadian one I have seen.

My understanding is these came about due to the treatment men of service age were subjected to who were not in uniform. There is a class of badge for World War Two, called the Applicant for Enlistment. These badges were issued to men who offered up their services, but due to physical or other otherwise, wre not suited for military service. Below is a cut and paste for the Veterans Affairs site in regards to the WWII issuing of the badges. I hope this helps a little bit.

Not everyone attempting to enlist in the Canadian Forces met the existing minimum medical (physical) standards. Initially, no distinguishing button was issued to those persons rejected for failing to meet the standards. Although a Committee on War Service Badges had recommended on 27 October 1939 that two badges be established; a SERVICE badge for those voluntarily attested for active service beyond Canada and a RESERVE badge for those medically exempt (among other reasons); that recommendation was not acted upon. Instead, rejected applicants for service in the army were issued with form M.F.M. 12 (Militia Form M.12) - Certificate of Medical Unfitness for Service in the Canadian Active Service Force. This form did not satisfy the need for an easily identified indicator of exempt status however, and rejected applicants suffered in the eyes of the public as a result.

There were many requests from the general public and veterans organizations for a suitable badge and on June 26, 1941 the Adjutant-General informed the Minister of Defence that he would be discussing the matter at a meeting of the Awards Board. The result of the demands and the meetings was the enactment, by Canada's Governor General, The Earl of Athlone, of Order in Council P.C. 7893 on Saturday, October 11, 1941, (retroactively effective September 1, 1939) to create a badge to identify the medically unfit volunteers and distinguish them from those who had not yet volunteered.
_________________
Cliff