Only Monument in Canada Dedicated to a U.S. Civil War Veteran

Only Monument in Canada Dedicated to a U.S. Civil War Veteran

Doctor Solomon Secord, the nephew of War of 1812 heroine Laura Secord, was a country physician in Kincardine, on the shores of Lake Huron, when the war erupted. He joined the 20th Georgia Volunteers as a field surgeon, where he was captured after seeing action at Gettysburg. Escaping from the Prisoner of War camp, Doctor Secord returned to Canada, where he continued to practice medicine. Secord was so well respected in Kincardine that, following his death, a monument was erected in his honour by the townspeople. It remains the only monunment in Canada dedicated to a U.S. Civil War veteran. 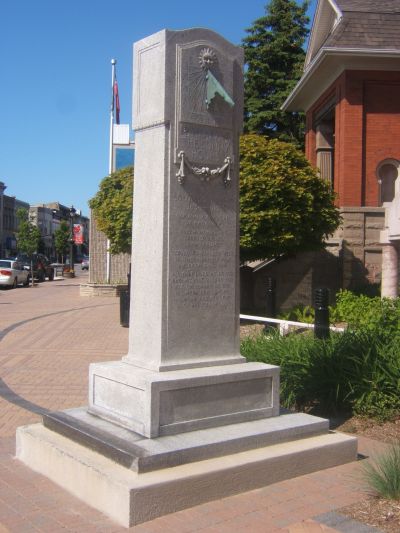