A friend of mine dropped this off to me today. He found it at...get this...Value Village a few weeks ago!?! He happened to walk into one in Calgary just as they were restocking the Halloween racks. He wore it last night at a party then dropped it off to me for permanent safekeeping. It's good having eyes out there looking for items for me. 8)

Again, it's another item that is small potatoes to most collectors...but I like it! 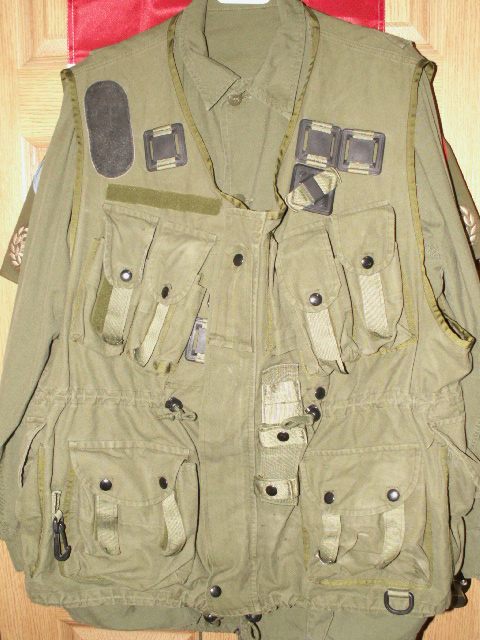 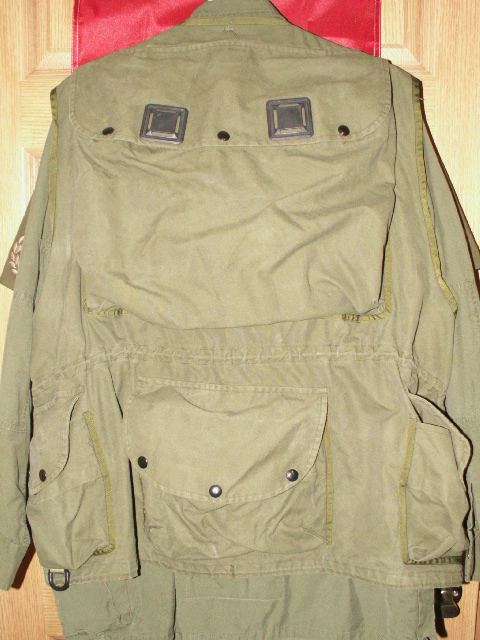 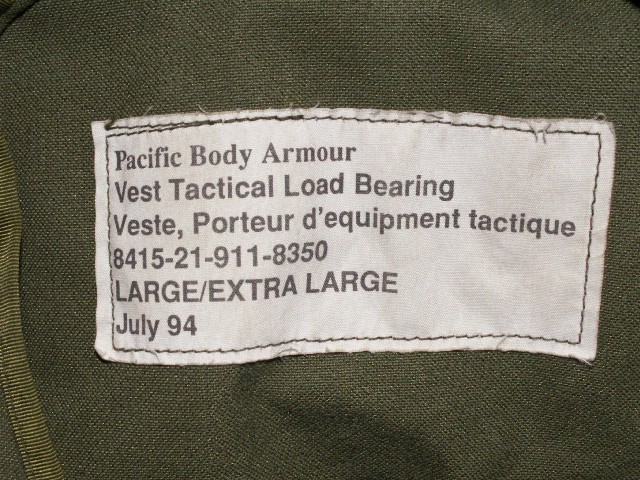 We called them "LBVs"; Load Bearing Vests, in Petawawa.

Once got a Springbok hide coat there (Kington store) for $25!!! Proply donated to the Regt. The specific animal was important to us.

Good score, but there is another pre-CADPAT tac vest after this one. It looks like the issueed one , but in olive green.

If thought there was another pre-Cad vest but I wasn't sure. I checked on Ebay and there is an extra large on there for $70US. Pretty good deal for what I got it for....nothing. I tried to pay something for it but he would have none of that. Nice friend. I never asked him what he paid for it though.
_________________
Dale
Admin-CMCF
recceboy

I had one issued to me on my first tour to the sandbox 2002. The vest you have also comes in ARID CADPAT as well.

Canada will donate 2,000 surplus utility vests to the Belize Defence Force (BDF), says DND. It characterizes the donation as beng “in support of Canada’s Americas’ Strategy and broader commitments to support Central American countries in their efforts to address the security situation in the region.”

“This donation of utility vests is another example of our government’s growing cooperation with American countries and Belize in particular,” Defence Minister Peter MacKay said in a statement. “The donation of these vests to the Belize Defence Force supports a regional partner and better enables them in their efforts to address security challenges in their country and region.”

More from the DND press release:

Declared surplus by the Canadian Forces, these utility vests have multiple functions and are composed of pockets for arms and additional pockets for alternative use such as small radios and First Aid kits.

This donation of equipment is in response to a BDF request for Canadian Forces’ assistance with the acquisition of vests, and will support BDF operations and training. These 2,000 load carrying vests represent a surplus to the needs of the Canadian Forces. This support for Belize is a tangible example of Canada’s implementation of its objective, under the Americas’ Strategy, to address insecurity and advance freedom, democracy, human rights and the rule of law through capacity building.

“Canada will continue to work with Belize and our other Central American partners to help strengthen security institutions and increase capacity to respond to immediate security threats in our hemisphere,” said the Honourable Diane Ablonczy, Minister of State of Foreign Affairs (Americas and Consular Affairs).

“I am very pleased we were able to make this transfer of equipment to the Belize Defence Force happen,” said General Walt Natynczyk, Chief of the Defence Staff. “It is very important that we continue to engage and cooperate with our defence partners in the Americas whenever we are able. It is my hope we will continue to develop our relationships throughout the region in the coming years.”

Major-General Richard Foster, Deputy Commander, Canada Command will transport the vests to Belize City, Belize, for presentation to senior officials of the BDF on behalf of Canada.

Canada and Belize share a Commonwealth history, many values and cultural ties. Belize has been a member of the Military Training and Cooperation Program since 1983 and Canada and Belize have shared positive bilateral relations since its independence.

Not sure if they are still available but there was a surplus dealer in Edmonton who had these vests listed on Kijiji for $20 a pop... if anyone is interested.
Sponsored content