I would like to highlight this soldiers life and death. One of the many non-combat related deaths to befall members of the Canadian Active Service Force during World War Two.

Eyewitness Account of John Bray’s death:
Eyewitness account by Sgt. Peacocke, J.R. 11410143
On Sunday 6th August 44, Bdr. Norbury organized a trial cricket match. The teams
arrived at the CMTC PT School Ground at approx 1415 hrs. The game was about to start
when rain commenced, and both teams took shelter beneath the trees, hoping that the rain
might cease. About a quarter of an hour later it started to thunder and lightning, and it
began to rain heavier. About ten minutes later we decided to pack up for the day, and
commenced to collect the kit and run across the ground to the lorry, which was in the
lane. I personally was the sixth or seventh out of twenty odd away from the trees and was
running across the ground when there was a terrific flash and clap of thunder, and I was
thrown upon my face. I was then about twenty-five yards from the trees. On getting up I
heard shouts from people near the trees. I looked back and saw some people upon the
ground. I ran back to see if I could help as I thought some had been hurt somehow. When
I reached them Sgt. Wedge told me some had been ‘struck’. He was with another man
carrying on of the injured. I asked how many had been hurt and was told five. Various
people were being carried away and I could only see one man on the ground with another
man bending over him. I went over to help and found Sgt. Bray on the ground and L/Cpl.
Tedman with him. Sgt. Bray was unconscious and with L/Cpl. Tedman and another NCO
we carried Sgt. Bray to the truck. I noticed that Sgt. Bray was discolouring in the face and
when I felt his pulse I could not feel any beat. He was placed into the truck and turned on
to his face; during the journey to 106 S.A. Hospital he was given artificial respiration. At
the Hospital He and the other men given immediate attention. I asked for permission to
return the uninjured men to their billets and having given full particulars of the injured
men, I returned with the Lorry to Calore Camp. I there reported to the Camp
Commandants Office, and to the i/c Canadian Dem Troops and Mechanics School S.S.M. 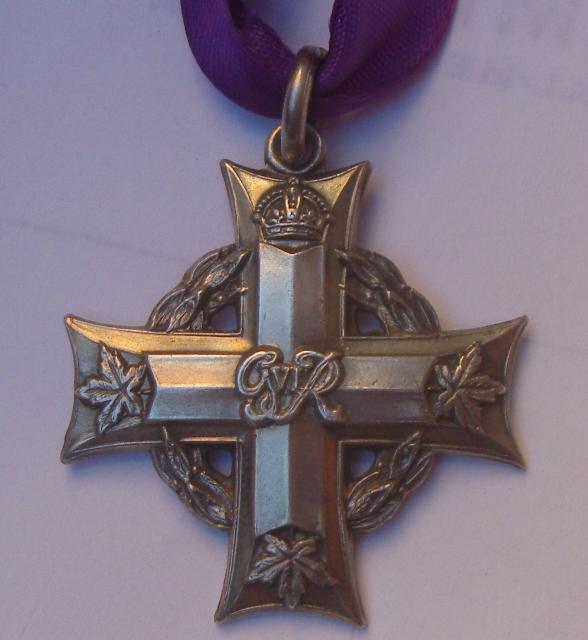 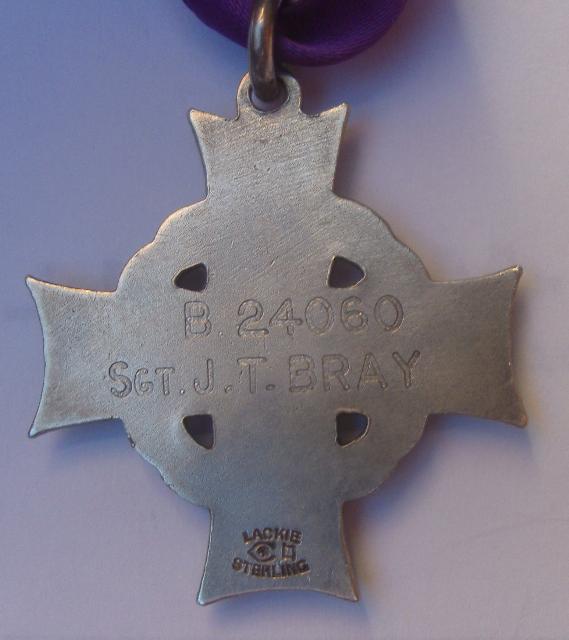 One forgets about the many non battlefield deaths during war. Thanks Cliff for posting this interesting piece on Sgt. John Bray.

Have you thought about starting a thread on Memorial Crosses?
pylon1357

I thought about it yes, however I only have these two examples. My primary area of collecting is to the Irish Regiment of Canada. I know of two other crosses and I am working on getting one into my collection. Again, the one I am pursuing is a non-battle death.

I have been unsuccessful thus far in acquiring my uncles Cross. I know where it is but.... enough said about this particular topic on an open forum, the words to follow would only hurt my slim chances at getting it. LOL
_________________
Cliff