I hope I am not making the membership crazy with my research into James Rycroft DCM MM. But this project has had a few curves that have kept me busy for many months, in fact I am still busy with it.

After his discharge from Overseas Service, James Rycroft re-attested to the Special Guard CMPC. I was a a loss as to what this was, so as I dug into it, I found out more of our Canadian Military History. I am sure to many here, it is not new information, but to me, it was news for sure.

Below is the write up for the Special Guard. I cannot and will not take credit for this information as the research belongs to another. I hope I am not in any breech of copywrite as that is not my intention. I wanted to bring this information forward to share with everyone, as I suspect the information is not widely known.

The following was extracted from the research work of the late Sgt-Maj (retired Major) Donald A. Tresham C.D. Titled “The Origin of the Canadian Provost Corps”


In September 1919 he Department of Militia and Defense was asked by the British Government to furnish a unit to process, handle and transport Chinese Coolies from Halifax to Vancouver. It was also requested to staff a Transit Camp at William Head B.C. These Coolies were members of The Chinese Labour Corps, a unit that served under British Command in France and Flanders during World War One. This Corps was termed “expendable” and was used to dig trenches and other earth works, construct and repair roads and rail lines. At the conclusion of World War One there were about 100,000 of these Coolies in France. The Imperial Government decided that they would be returned to China. Most of the Coolies did not want to return, but a decision was made to interne them and have them returned to China. It was projected that some 25 to 30 thousand Coolies would be returned to China via Canada. The plan was to transport them by ship to Halifax, load them on special trains and transport them under guard to William Head and Vancouver B.C. At Vancouver they were to be put aboard ships for passage to China.

The Department of the Militia accepted this distasteful task and decided that a Special Guard of the Canadian Military Police Corps be formed to handle this duty. As a result the Special Guard CMPC was authorized with an establishment of 542 all ranks. The Headquarters was in Halifax with Train Guard Detachments of 492 all ranks. Another Guard Unit of 2 Officers and 50 Military Police was located at the Transit Camp at William Head B.C.

The work of the Special Guard CMPC was made extremely difficult because of:

a. The nature of the duty. Many found it to be distasteful.

b. The long days put in by the train guards riding trains from Halifax to Vancouver- William Head and return, sometimes with a day or less rest in between return trips. After several return trips, with little or no time off, the guards were exhausted.

c. The arrival of ships at Halifax by day and by night carrying Coolies, sometimes with an hour or less prior notice to the Special Guard CMPC.

d. It was originally estimated that 20 o 30 thousand Coolies would be processed. It appears that some 70,000 were transported across Canada. Incomplete CMPC records account for 48, 726 Coolies. The Special Guard CMPC establishment of 542 all ranks was simply not large enough, so its members had to work double and sometimes triple time between September 1919 and April 1920.
In spite of the work load placed on the Special Guard CMPC it met all the requirements on time. During the entire operation there was never a delay in handling disembarkations at Halifax, or loading trains and transporting the Coolies to Vancouver-William Head. The CMPC were always on time with the required personnel to carry-out their duties.


The Special Guard CMPC was composed entirely of men with “Overseas Service”. It is recorded that their dress, deportment and attention to military duties were “Second to None”. The Special Guard CMPC had a distasteful duty to carry out but they did their duty with the firmness required by the situation.

The last Coolie sailed for China on 4 April 1920. Guards at Halifax and William Head were immediately demobilized with the exception of a small rear party to clear out each of the units.
The Commandant of the Transit Camp at William Head was demobilized on 30 April 1920 and the last CMPC Guard Struck Off Strength on May 31 1920.

The Officer Commanding the Special Guard CMPC at Halifax received notification that his unit was reduced to nil strength and that he himself was demobilized on 18 June 1920.

[You must be registered and logged in to see this link.]
L.E. 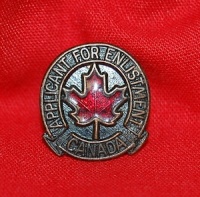 Thank you for posting this. It is both disturbing and shocking as to the unpleasant occurrences in our World and a recognition of those who should also not be forgotten. This is of great value.
pylon1357

I am still actively collecting medals and my latest acquisition led me back to this post. I finally added a pair to an original 38th Bn member. He too served with the Special Guard CMPC after demobilization from the CEF.

I find it odd that in today's world of over sensitivity, that our Government has not been called to task in regards to this action to return the Chinese Laborers back to China in the manner they did.
_________________
Cliff

[You must be registered and logged in to see this link.]
securitas46

That is nothing comparfed to how we treated our own aborinal military members who fought and died as our Trench brethrin in WW1 and WW2.

I am not posting this to get into any disagreements over which day we memorialize our war dead. I remember My Dad's service in WW2 and many uncles and other relatives who served in WW2 and Korea on Remembrance Day November 11th. I wanted to re-post this article because as a veteran I was certainly shocked by what I read and how we treated our indigenous volunteers when they wanted to join the military in service of Canada. And then to learn as returning veterans after WW1, WW2 and Korea, how they were treated by the country they fought for. I now can see why these heroes and heroines wanted a day of their own to Remember their indigenous brethren who served this country. And these veterans and people still are part of ceremonies Remembering with all Canadians on November 11th, Remembrance Day. What I have learned here in this article should be a part of the education in our schools for every Canadian child and adult. I'm ashamed of how these proud people were treated.
Lorna Robin Only In Canada
No1t0Svmcemph4b3erl n80 aot 10r1e:c33 P1M ·
Oh, no! Canada... :slight_frown:
Ian Anderson
Nctolu1vemberh 5,n3s 2r41hm020 ·
I was chatting this summer with an Indigenous friend when he mentioned almost casually that his grandfather and his two brothers volunteered for the Korean War – and had to give up their so-called Indian Status in order to enlist. A WTF moment for me. Say again - the three brothers VOLUNTEERED to put their lives on the line for this country and had to sign away official recognition of their culture and heritage? Impossible. So I vowed to do some digging. And I found it was true. And then I decided to post about the special courage of Indigenous soldiers this Remembrance Day.
Some 10,000 Indigenous men and women enlisted to fight for Canada in the two World Wars. But technically you could not call them Canadian – because there was no citizenship for Indigenous peoples during the First or Second World Wars – or during Korea for that matter. While Indigenous peoples in the U.S. attained citizenship and the right to vote in 1925 (partly in recognition for their service in WWI), Canada withheld citizenship until 1960 when John Diefenbaker finally acted.
But that sad information was just the start for me. Of the 4,000 Indigenous men and women who enlisted in WWI, none were provided the post-war benefits available to non-Indigenous vets – land, loans, education. As so-called “wards” of the state, Indigenous veterans were considered ineligible. In fact – and this is beyond callous – information about government programs for WWI vets was usually posted in local Legions. And for most Indigenous vets at that time, the Legions were off limit.
Edith Anderson Monture from Six Nations in Brantford (pictured here in her WWI uniform) is celebrated as Canada's first Indigenous registered nurse. And she was. But she had to take her nursing degree in the U.S., since any Indigenous person in Canada seeking education beyond grade school was required to give up Status, which she refused to do. So in WWI, as an American-educated registered nurse, she served on the front lines with the American Army Nursing Corps - note the U.S. on her shoulder.
Sergeant Tommy Prince from Manitoba (pictured here with his brother Morris) was the most decorated Indigenous soldier in WWII. In fact he received medals for valour from both the Canadian and U.S. armies. And he received them at Buckingham Palace from King George. After the war – and before he volunteered for Korea - he said he “wanted to show that (First Nations soldiers) were as good as any white man.” And he did. But he died penniless in 1977, very likely suffering PTSD.
Following World War II, a truly remarkable program was announced for Indigenous veterans. They could be enfranchised! But only if they gave up their Status. It seems just 250 chose to do so. Others did not get the choice. Incredibly some Indigenous vets returned from WWII to discover they had lost their Status as a result of being absent from their reserves for more than four years, a provision of the Indian Act at that time. I know this madness is difficult to believe.
My friend’s grandfather got his Status back in the mid-1950s after the Korean War. He had to apply for it. And five years later Parliament made him a citizen and allowed him to vote. On this the 60th anniversary of Indigenous Canadian veterans being permitted to call themselves Canadians, I would like to salute the First Nations, Metis and Inuit men and women who loved and bravely served this country that was so slow to reciprocate their love. Their greatness – along with the greatness of all veterans – should never be forgotten. And just as they fought for a better world, so must we.