I have been lead to believe that these were used during WW2 and Korea on the antenna's of tanks and other vehicles for identification purposes....

I have identified to the best of my ability, please correct if wrongly identified.... 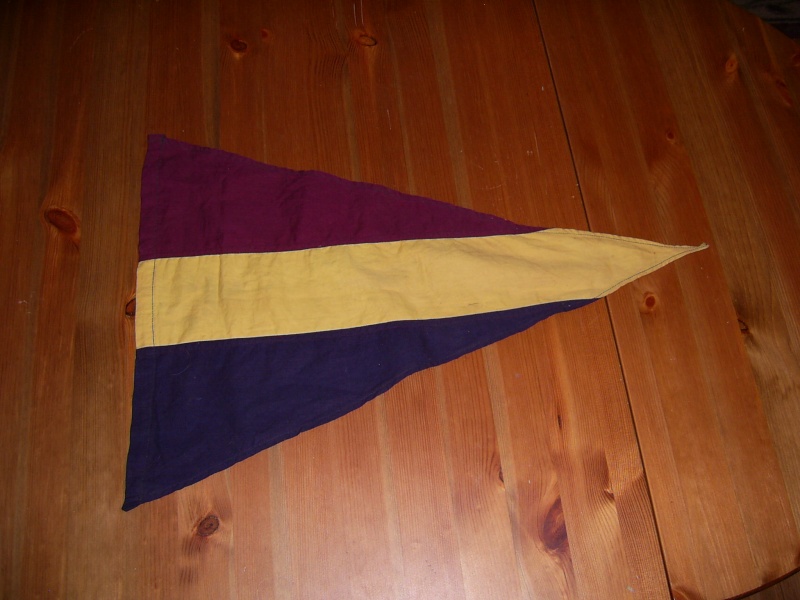 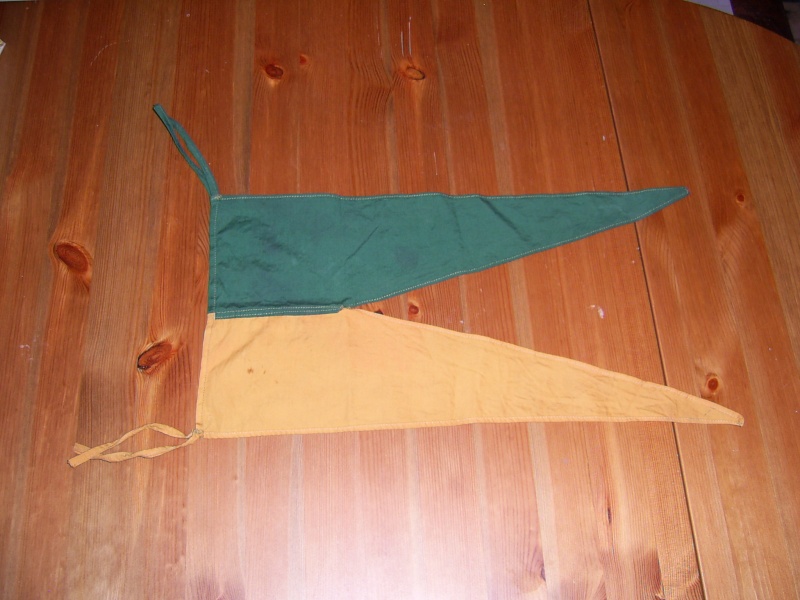 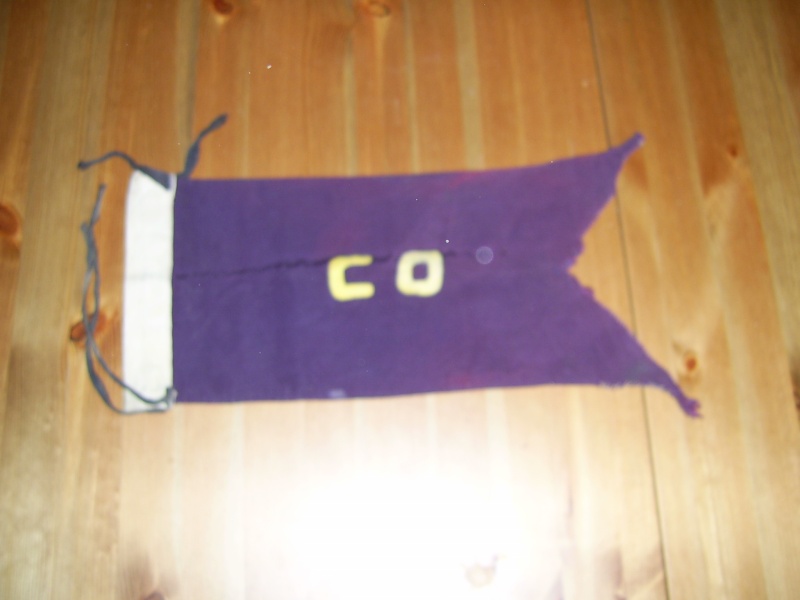 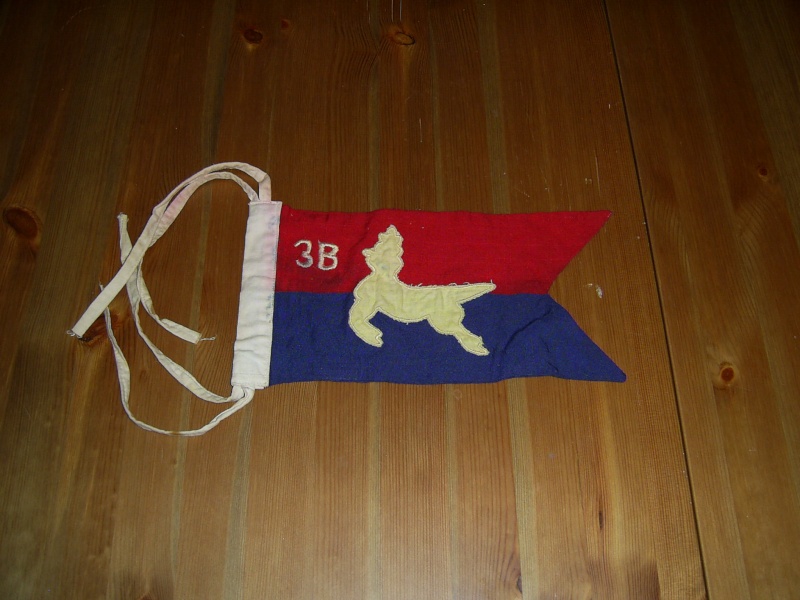 Certainly not a Giudon in there!! Your topic title had me breathing hard for a moment!!

These are called, in the Armoured world, "pennants". Two main types: Dovetailed (sometimes called Swallow Tailed) and pintailed. Dovetail is usually for "Commanders" and pintail for the troops. Typically a driver, gunner, or crew commander would get the pintail and the Troop Leader up, plus SHQ positions, would get the dovetail. Sqn Cmdrs, CO and the like.

Your first one (pintail blank) could be a lance pennant but definately not to the RCD; the colours are wrong. To me it looks like the 12e RBC (12th Regiment Blinde' du Canada).

The second looks to have Sask Dragoon colours.

The third is certainly an odd colour but I think either the BCR or BCD use purple. Not sure. Nothing says it has o be to an Armoured unit tho'.

And the final one is RCD but not B Sqn 3 Troop. "3B" is a Command Post Vehicle for C Sqn HQ's Operation Warrant Officer. The Battle Captain would be 3A. Depending on what era it's from (and it looks similar in construction to my 60's era ones) that vehicle could have been a Tracked Command Post (M577 "Queen Mary") or a wheeled CP vehicle.

Hope that is of some help to you.

The first two are made out of a close weave cotton type material, the last two are made with an open weave coarse materiel, like the old flags that is why I thought that these may be of a WW2 or Korea period......

P.S. I am ex-navy so I thought that the swallow tail ones were called gidons in the army.......
Darrell

I editted my initial post to add a bit more detail.

Being RCD now and just having finished x5 years with the 8CH, I can tell you that there is not an 8CH pennant in there. If I get all my snowblowing donwe tonite, I'll add some pics for comparison purposes. I also have a book on flags for the Armoured units and will check that too.

That first one is really looking like a 12 RBC one. Some of my troops are 12eme and they say that is their pennant colour.

Here is something else that came with the estate......

I did not think that the first pennant was not 8th CH as the colour was darker than this wall hanging, more maroon than red..... 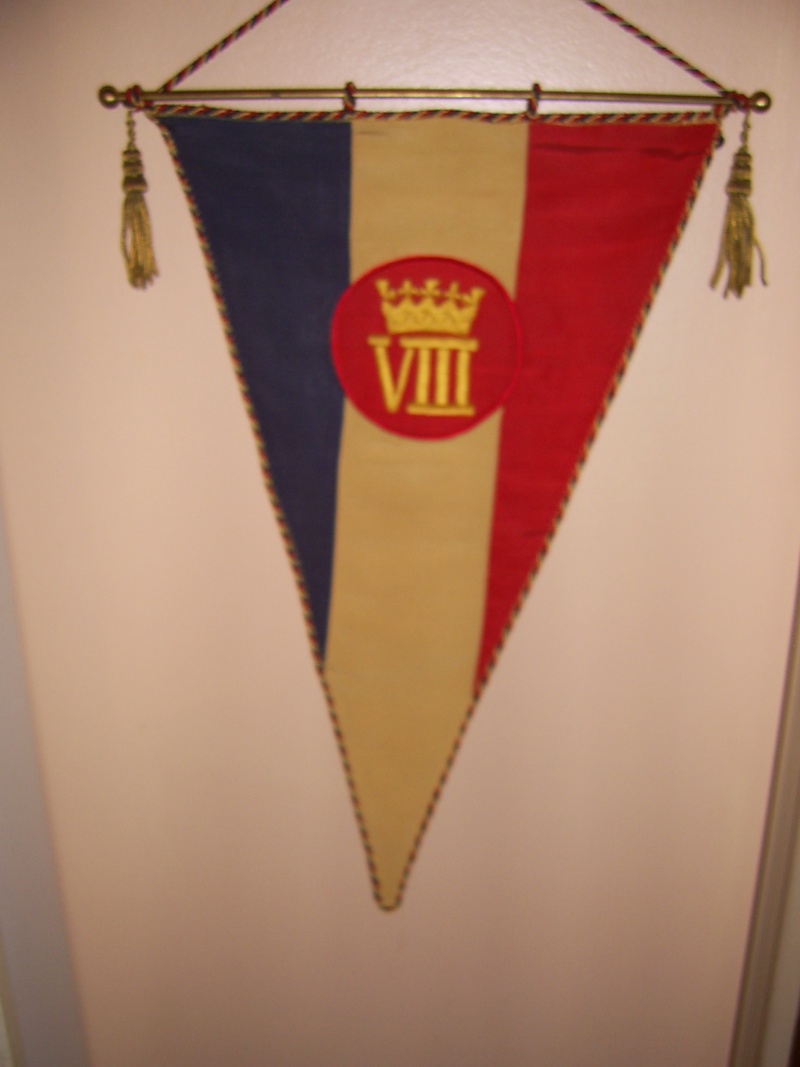 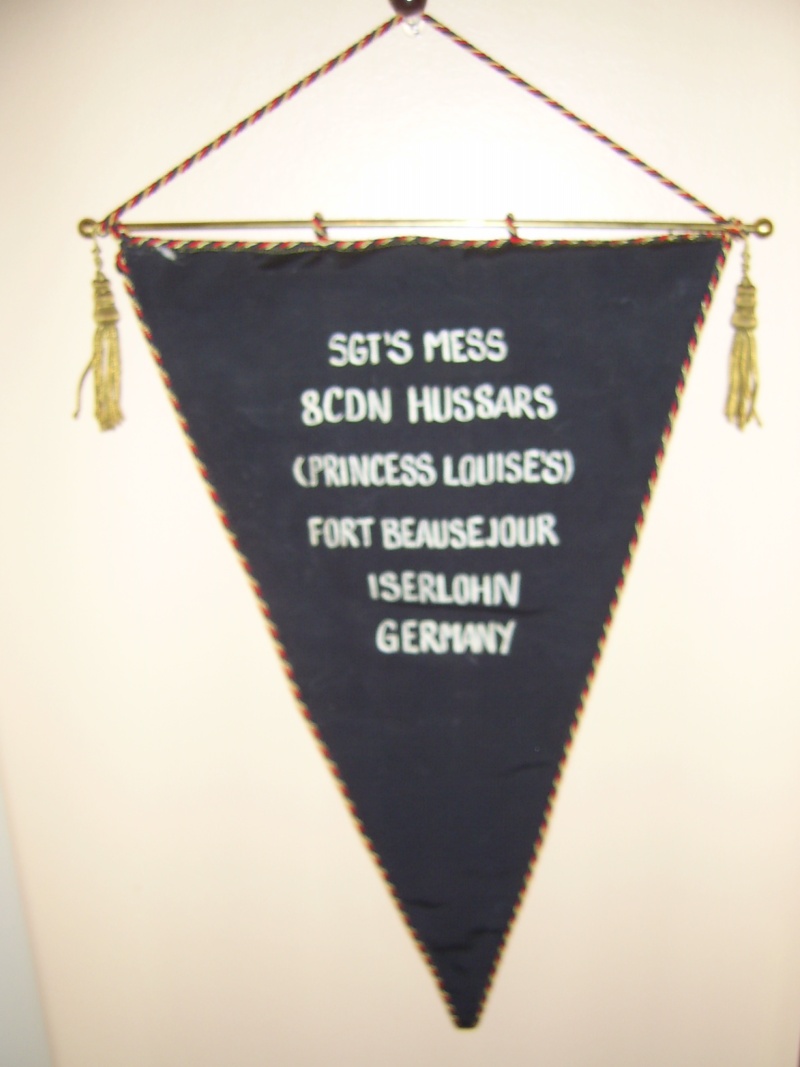 Yes, I was going to say that if you reversed the first one and it was red not maroon then it would be the 8CH colours (Blue, Yellow, Red downward). But, you're right, that ain't red!! The 12RBC colours (Red, Yellow, Blue downward)seems a bit more red to me too so I wonder if it maight be something altogether different........PPCLI?

I had a look in the Corps 50th book and the Units are noted with their pennant colours and none are Green over Yellow or even Yellow over Green. The Sak D's is Red over Green. I have a "Camp Flag" poster somewhere at home and will look at that tonite. However Camp Flags are usually in different orders. For example the 1st Hussars pennants are Blue over Grey with writing and their charger in Red. The Camp Flag for 1H is Grey, Red, Blue downward with the hatbadge on it. The book "Old Colours Never Die" couldn't help me either.

Hmmm.......this whole Pennant vs Flag vs and banner colour thing has me perplexed a bit and I'll have to do some more digging. Interesting topic that I'm afraid I don't know much about outside the Regts I was.

None the less; Good scores.

Ok, did a bit of reading and I'm not much further ahead.

It would seem that at any given time, an Armoured Unit may have a Guidon or Standard, pennants/pennons, banners,flags and camp flags. All except the Guidon are usually a combination of the same "Unit colours".

I did correct my error from before. It is usually Troop Leaders and up that get dovetail but the policy varies widely. Here's mine from being a Sgt Crew Commander in D Sqn RCD when they were with the Brigade for a training year and dropped our usual "43C" callsign. :)

This is another from when I was a Tpr in the Regular 8CH. Drove the Sqn Cmdr. 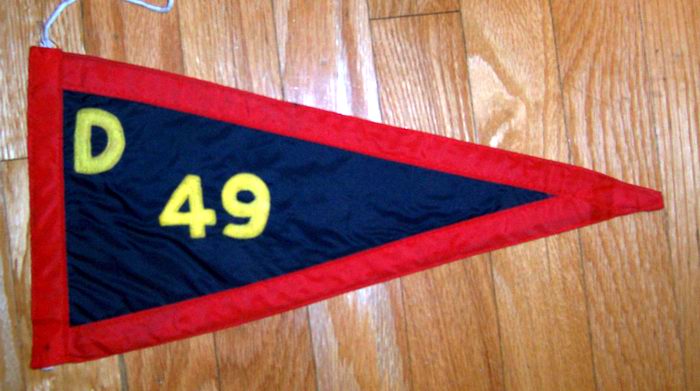 And a prototype for the 1st Hussars Honorary Colonel that Wayne Gretzkys Aunt made up. 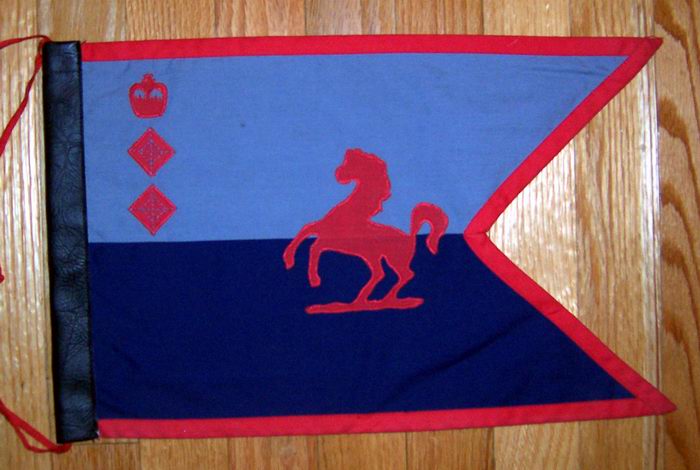 No other ideas about yours and I can't find that Camp Flags Poster.

I have been lead to believe that these were used during WW2 and Korea on the antenna's of tanks and other vehicles for identification purposes....

I have identified to the best of my ability, please correct if wrongly identified....

It does a bit doesn't it? :lol: In Pet one year the Bambi was such an indistinct blob that we called it the Great Iron Duck!!!

Mind you that pennant is probably older than your Regt. :P

Just a note regarding the unit colours for the 12e Régiment Blindé. They describe their unit colours as pale blue, gold and maroon. That could certainly fit with the first pennant. The blue is a bit dark, but the colours are consistent with the regimental description. http://www.12rbc.ca/traditions.htm
Rob

I know it doesn't make sense in context, but the green and yellow one looks like a Reconnaissance Corps pennant to me