You are not connected. Please login or register
+2
Infanteer
mk1rceme
6 posters

Kind of a neat find today...actually came to me from my want ad in the local buy and sell. It is a nice early M1 helmet with fixed bails and original paint, original chinstraps that look like they've been through hell and back, nice late war liner, and named...twice. Seller said it belonged to his Great Uncle(Sawyer) who he never met...so no other service info unfortunately. Only thing he knew is that he served into the 70's. Could possibly be one of the 200,000 M1's bought by the Canadian Government during the war. I could only wish. 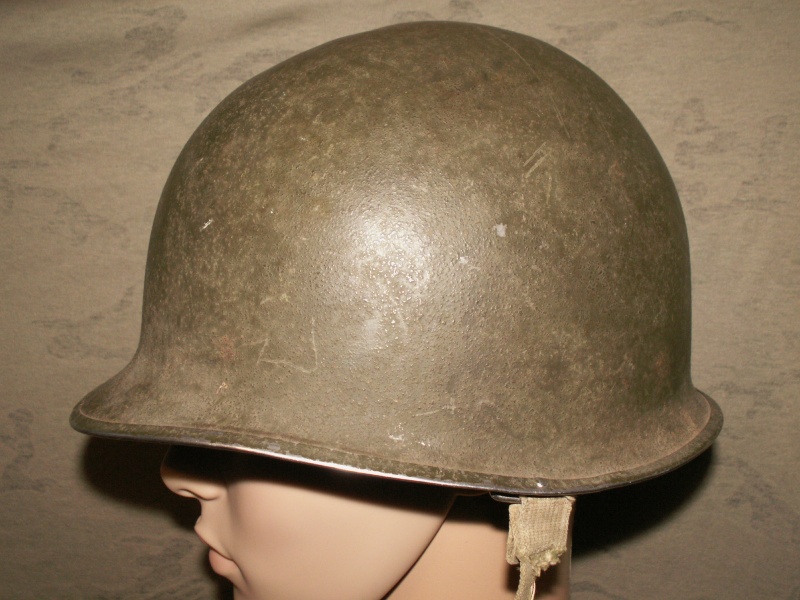 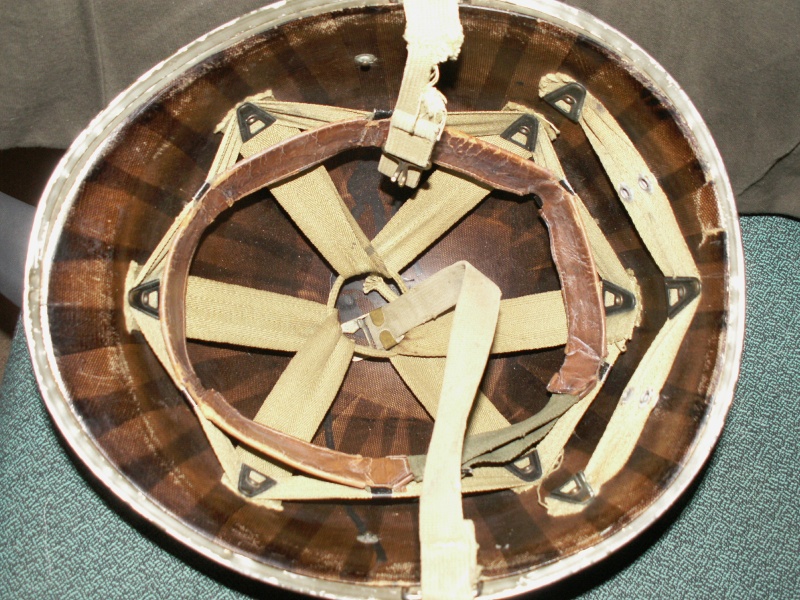 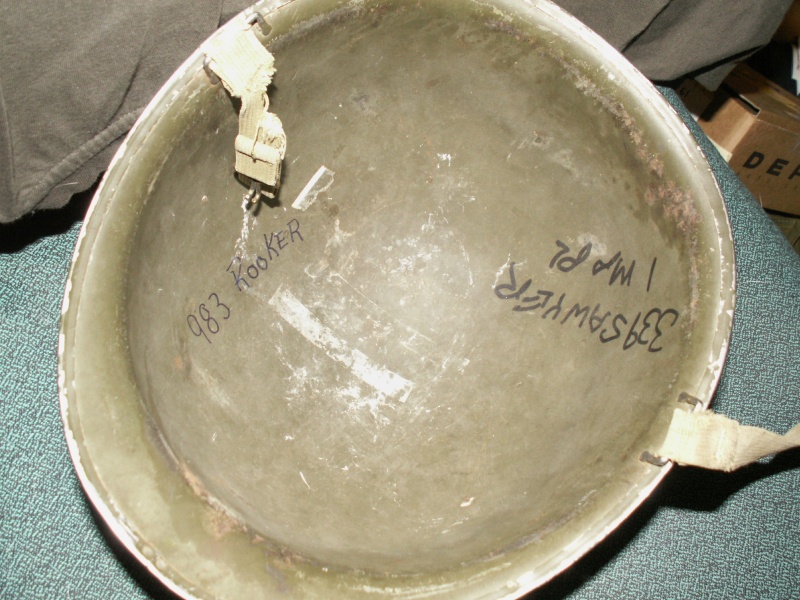 Actually, I think that is very possible. Even though we didn't adopt the M1 helmet during the war the US Government didn't want the helmets back so we kept them and they were eventually issued when we finally adopted the M1 in the late 50's or early 60's (not sure without looking it up). These fixed bale helmets were still being issued along with newer versions when I joined the military in 1990. Most of them had replaced chinstraps but not all.
mk1rceme

I think a lot of the war bought M1's ended up in eastern Canada. I read somewhere about the Van Doos testing the helmets and seen a Van Doo decalled M1 before. It is possible that this is one of them...Sawyer apparently lived in Ottawa. Too bad no decal though. I would assume that Rooker had the helmet first since Sawyers relative had it. All good for me since I also collect US Helmets, but this one stays on the Canadian shelf.
_________________
Dale
Admin-CMCF
Brianf 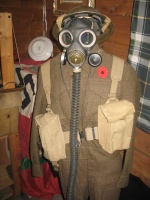 Hello,
I found a pictures grouping in Montréal from a soldier of the VRC in ww2 who was an instructor in Canada. Very interesting because it proved that M1 helmets were used in Canada duri ng war (no date but GS patch attested) 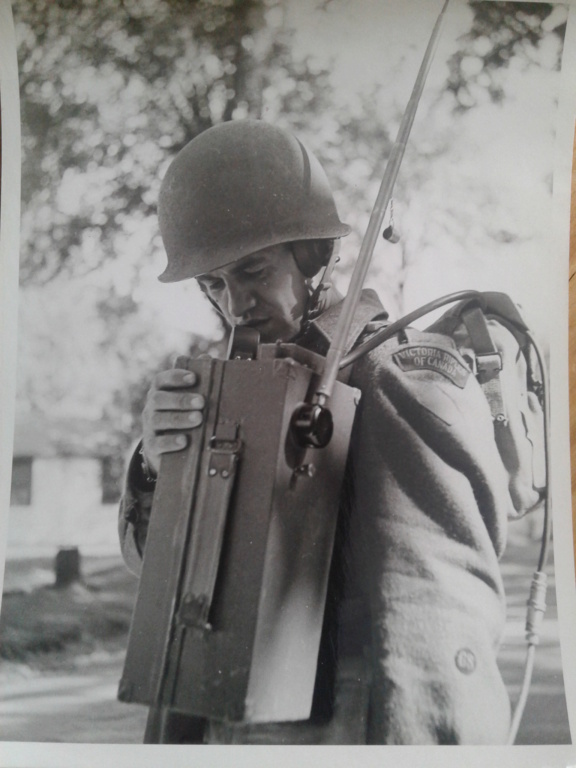 Hope you Will appreciate!
edstorey

That is a nice good photograph of an M1 being used in Canada although it has been a known fact for at least two decades that some Canadian home defence regiments were issued the M1 for domestic use during the SWW.   Here is a wartime image of the Sault Ste. Marie and Sudbury Regiment on parade in Victoria, British Columbia. 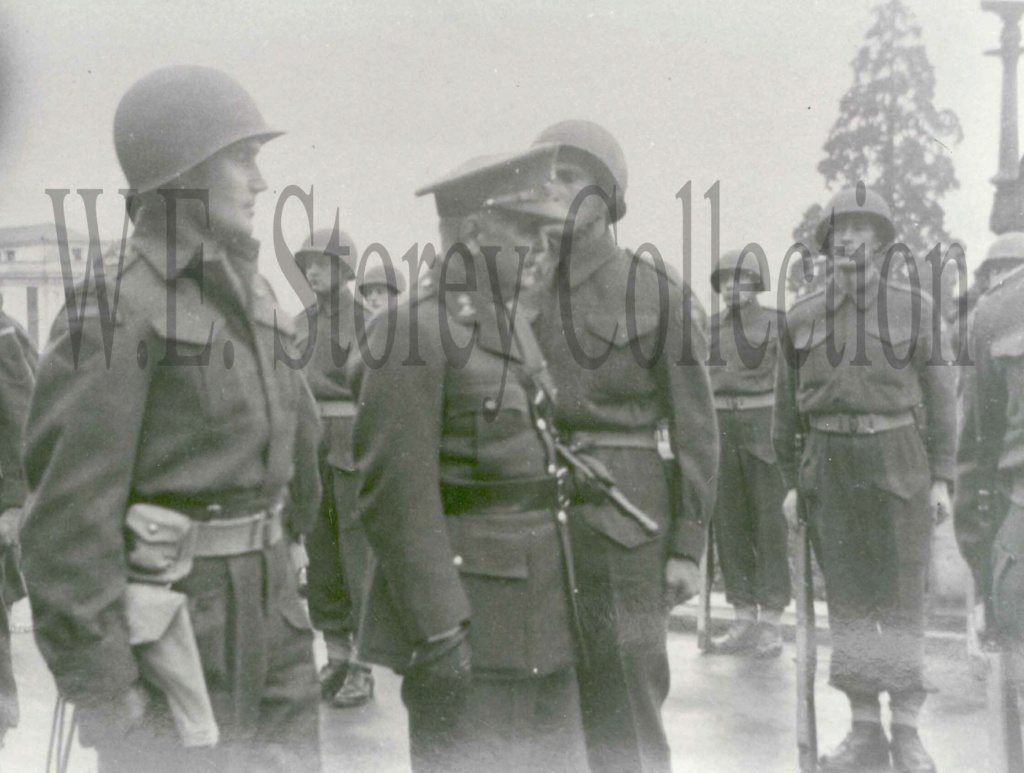 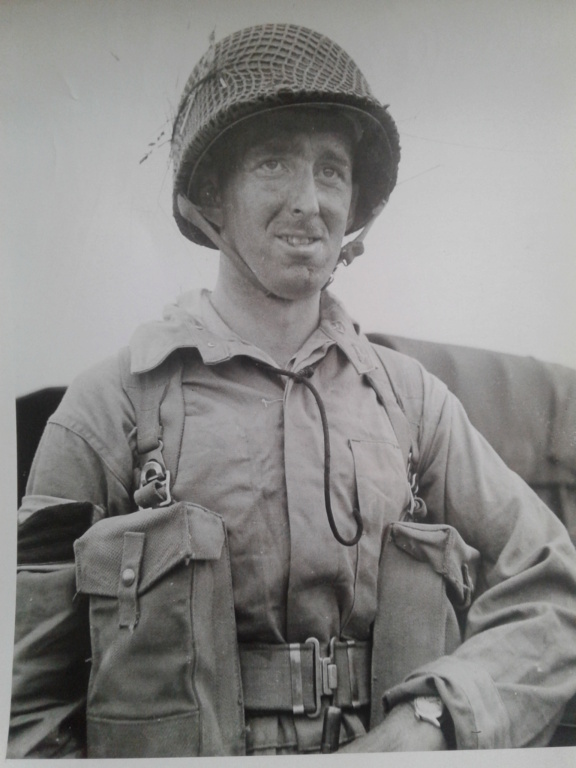 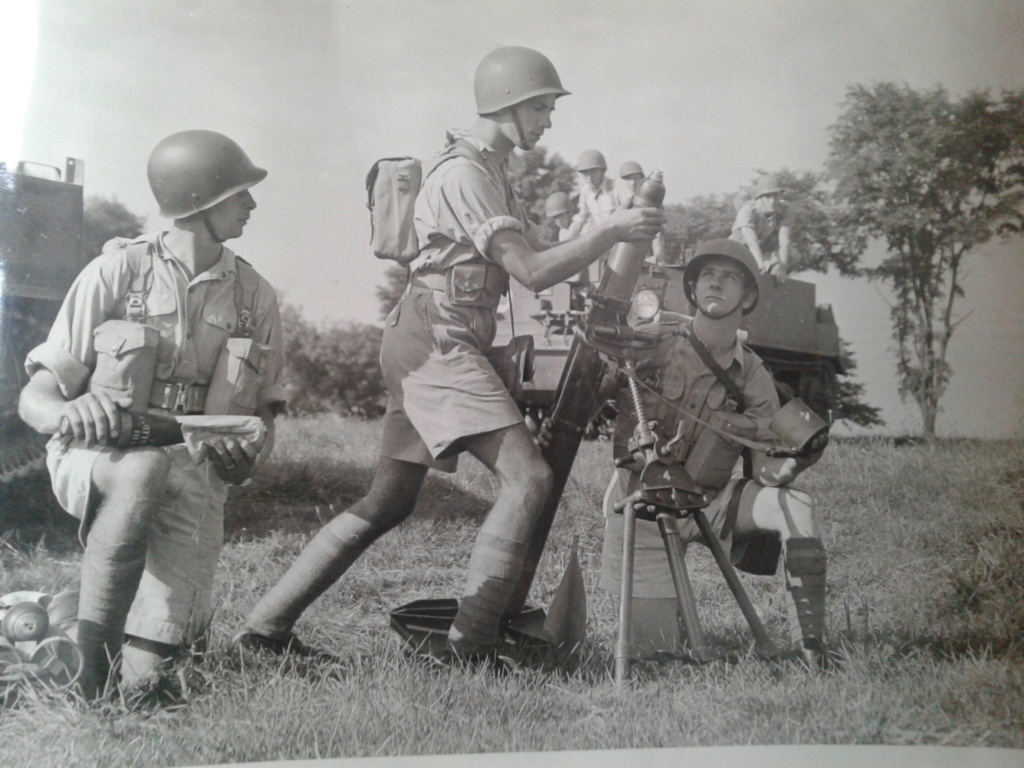 Those are excellent photographs.

Some other photos, please note helmets US M1 and crash tank leather helmet use (motorcycle). I am pretty sure it is the VRC in training somewhere in Canada. 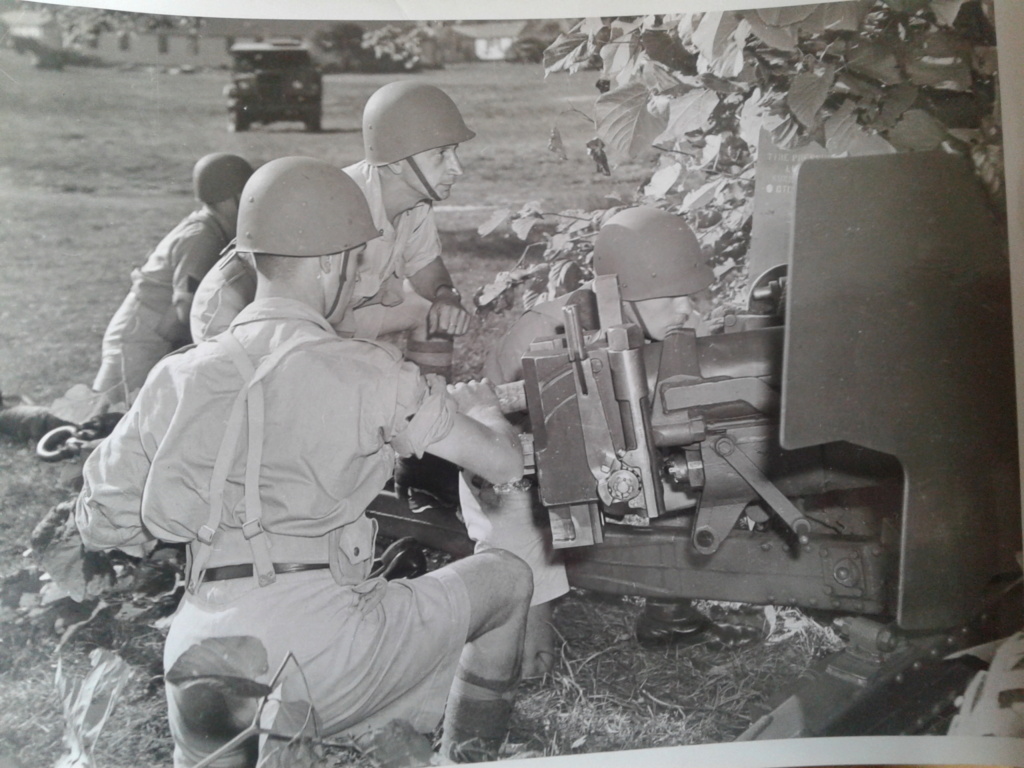 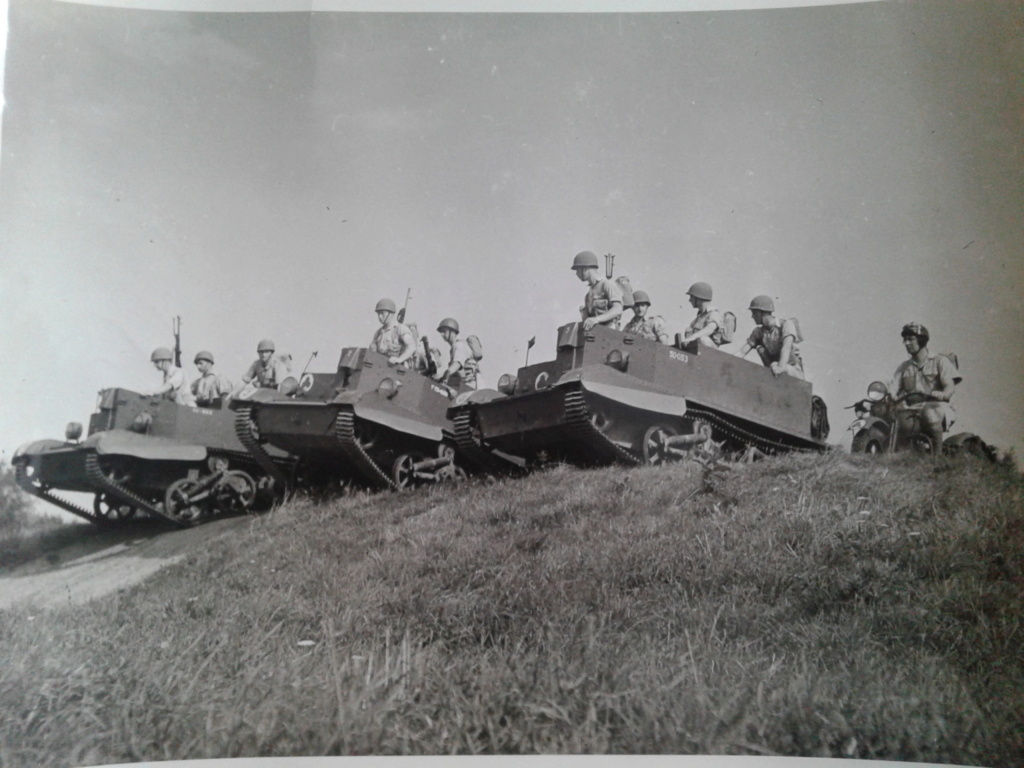 Those are also quite interesting photographs, here are a couple of M1s from my collection.   The top M1 has a St. Clair Liner and the bottom a Hawley Liner. 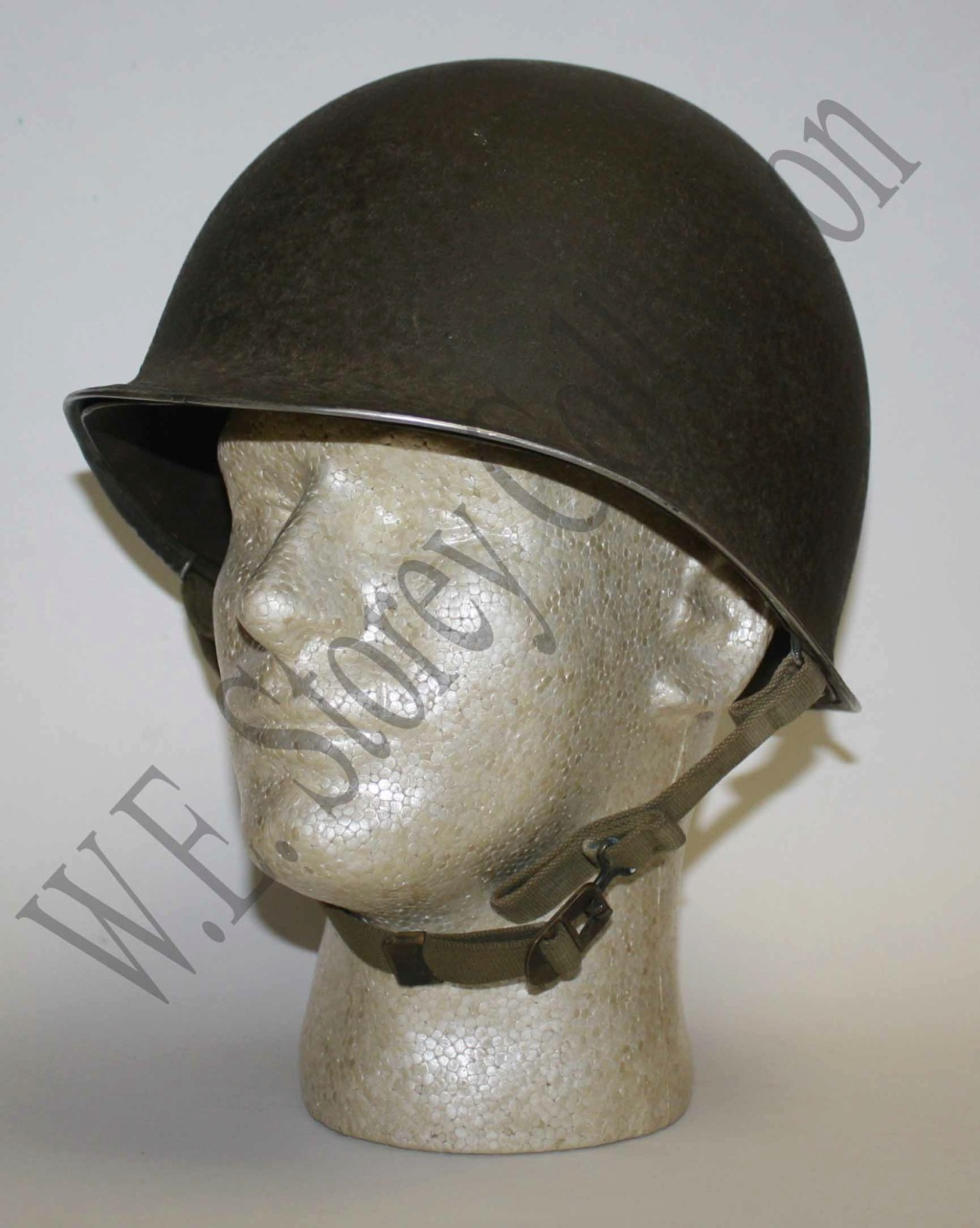 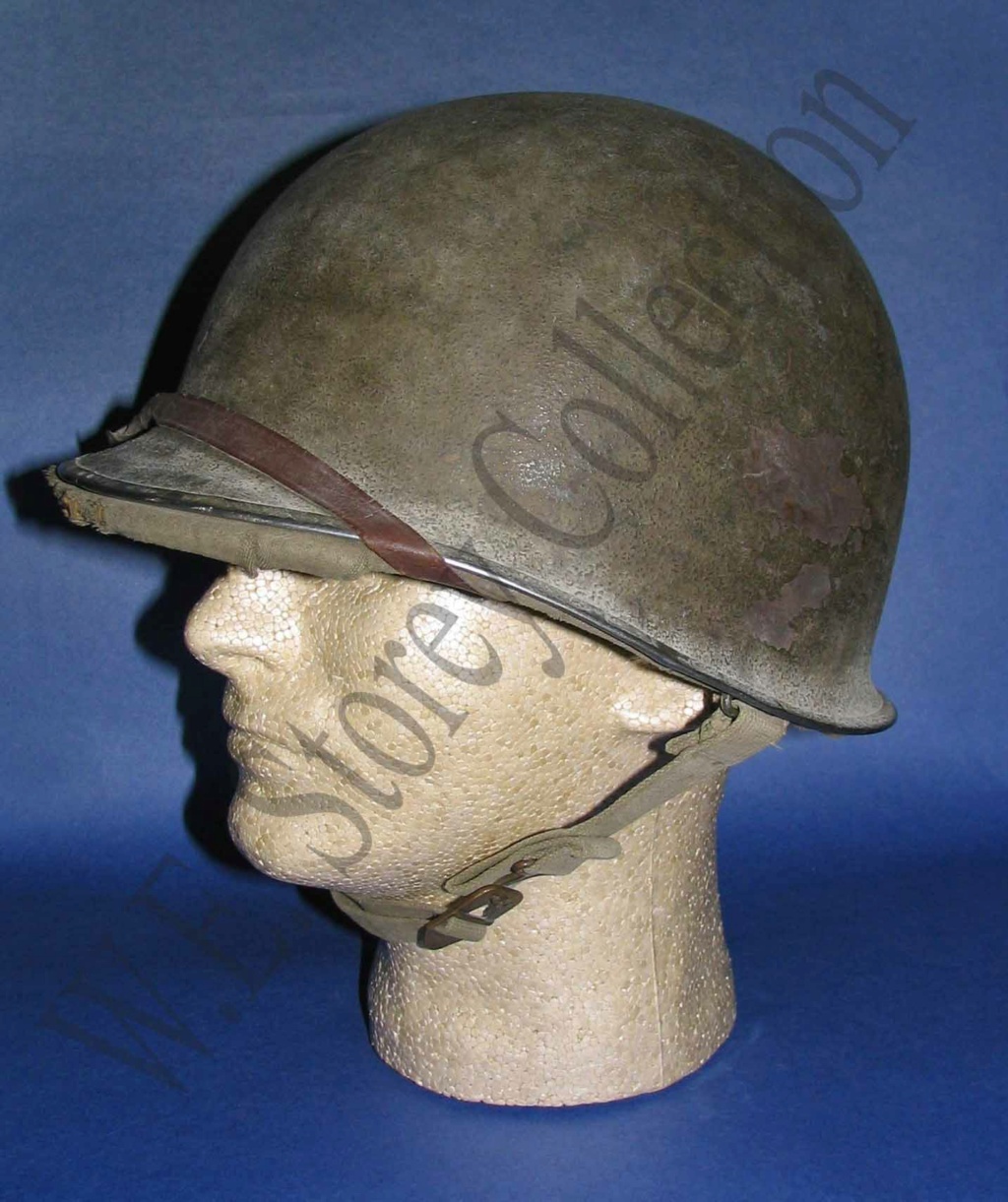 The M1 with the St. Clair liner is a McCord shell 355A and the liner is marked with a Service Number to a soldier in The Victoria Rifles of Canada.   I have not recorded what the M1 shell with the Hawley.   Here is another M1 with a MSA Liner. 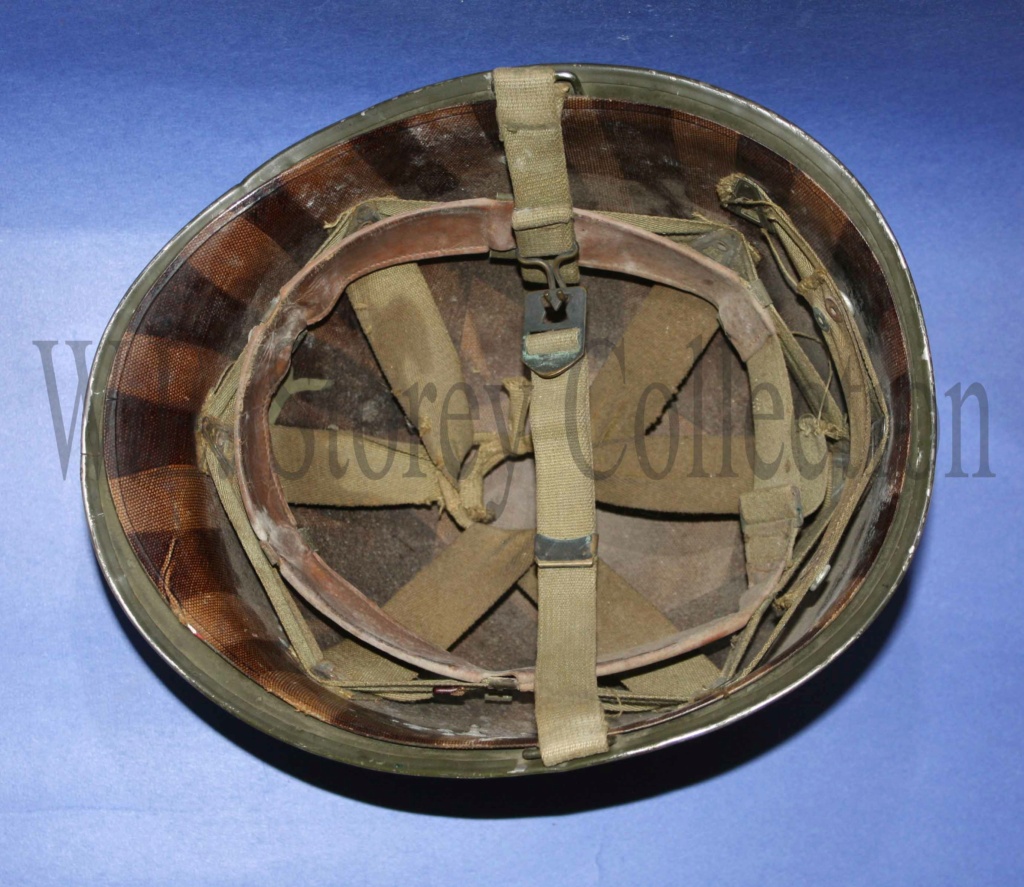 clem01 wrote:Hello,
I found a pictures grouping in Montréal from a soldier of the VRC in ww2 who was an instructor in Canada. Very interesting because it proved that M1 helmets were used in Canada duri ng war (no date but GS patch attested)

Hope you Will appreciate!

That thing on his chest is a Wireless Set No.58 Mk.1, the Canadian replacement for the British No.18 set. In the end it never did, primarily because of its unique battery that couldn't compete with the ones then in use.

Yes, the Canadian 13th Brigade was issued and wore M1 Helmets at Kiska in July 1943, but those helmets, along with the U.S. uniforms and webbing came from U.S. Ordnance for the invasion of that island.   The M1 Helmets worn by some of the Canadian Home Defence units were not from the same stock but were part of a Canadian 200,000 purchase made a year earlier.   None of this is new information as the Canadian M1 Helmet story was fully documented in Roger Lucy's 1997 Service Publication Book "Tin Lids - Canadian Combat Helmets" ISBN 978-0969984535. 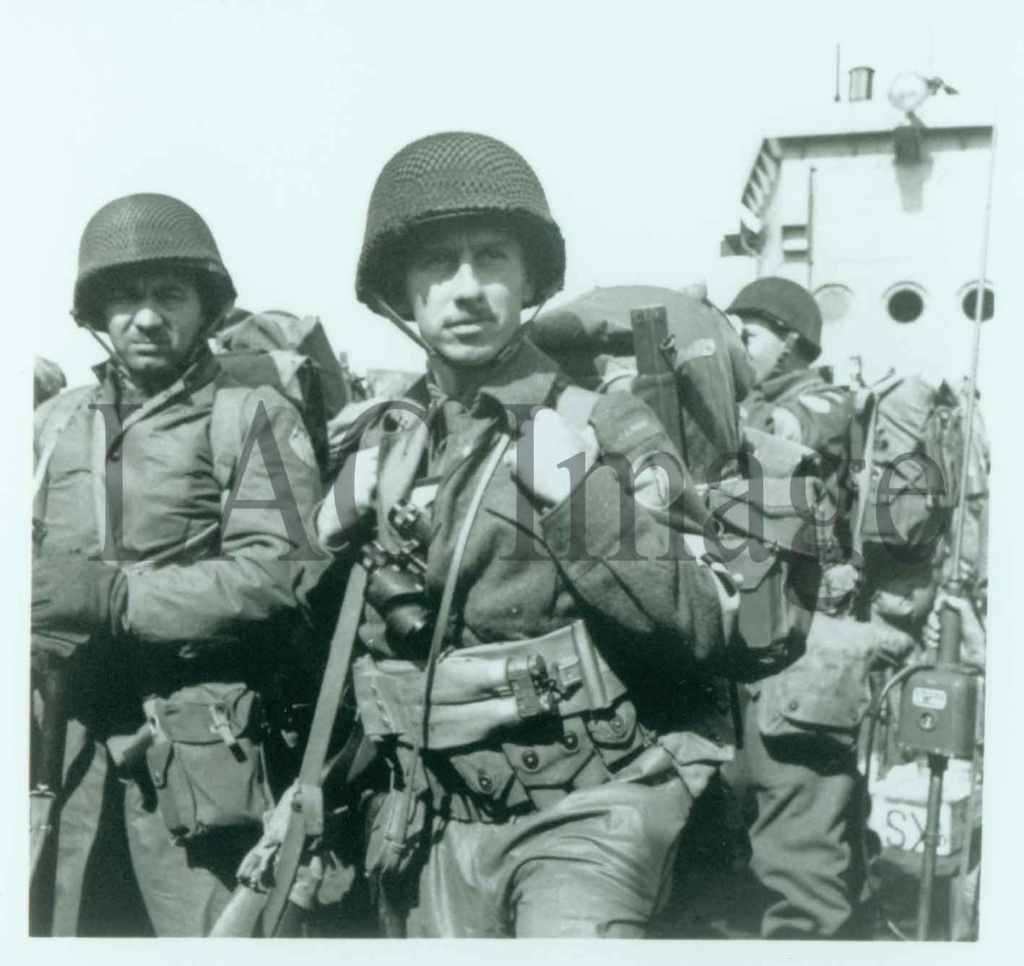