Camp Mirage, which was located in the UAE, was the main staging base for the Canadian Forces in Southwest Asia (SWA) until Novemebr 2010. The base was closed over a trade dispute between Canada and the UAE and in late October 2010 I was assigned to the Mission Cloeout Team with the important task of dismantling and shipping the Camp Mirage Memorial to the fallen back to Canada. Following a service of remembrance, the memorial's outter facade was seperated from the interior cast, reinforced concrete core by locally employed labourers and the various pieces were catalogued and packed for shipment to Canada. All of this had to be accomplished in a very short time while the whole camp was being cleared out as Canada had a fixed date in which to vacate the site. I suspect this was the first time in Canadian military history that a memorial of this size or importance was shipped back from a theatre of operations to Canada.

The memorial arrived in Montreal early in 2011. Shorlty thereafter it was shipped to CFB Trenton and once the Canadian Forces (CF) had decided on its final location, the memorial was turned over to 8 Wing in Trenton. The Camp Mirage Memorial was placed by 8 Wing in the Air Force Museum in Trenton and it was officially dedicated in July 2011.

Trenton is a fitting location for this memorial as it was the main base in which many of CF and civilian presonnel assigned to the mission in SWA flew out from. On a more sombre note, the remains of the 158 Canadians who were killed in SWA returned to CFB Trenton where they were met by Government and CF Officials aas well as their families. Camp Mirage was also an Air Force base to with all of these factors in play, CFB Trenton was the best location in Canada in which to situate this important memorial.

Attached are some of my images of the Memorial as it was in Camp Mirage, its disassembly and its new location in Trenton. For anyone visiting the Trenton area, take time to investigate the Air Force Museum and you will be able to see first-hand the Camp Mirage Memorial.

Ed Thank you so much for posting this. I heard about a memorial being opened in Trenton but had no idea it was the one from Mirage.

I'm glad that it wasn't left behind.
Personally, I'd like to see it at the Canadian War Museum, after all, how many people will visit Trenton as compared to the CWM? I'll have to stop by on the way to Ottawa some time to "visit" some friends.

The CWM will most likely not be the final of the KAF memorial as the CWM is not designed as a memorial location. As it is the CWM has the Bosnia memorial which is in storage an no-one ever sees.

WOW Ed, that is news to me, however it makes perfect sence. As you well know, the construction materials and design of the KAF Memorial will not allow for the Memorial to be errected in an outside location.

I have been spending the majority of this weekend, going through aproximatly a gig of photos I have. Among them, I came aross these ones of the Camp Mirage Memorial.

First is an overall shot of the Memorial. 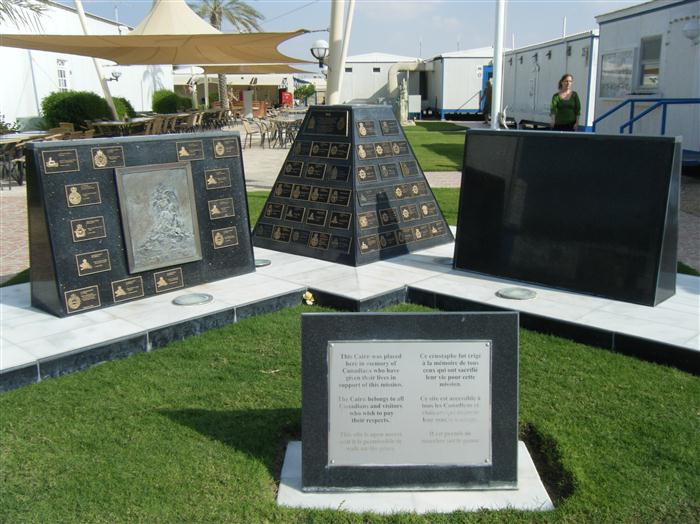 The next few are close ups of the colums. 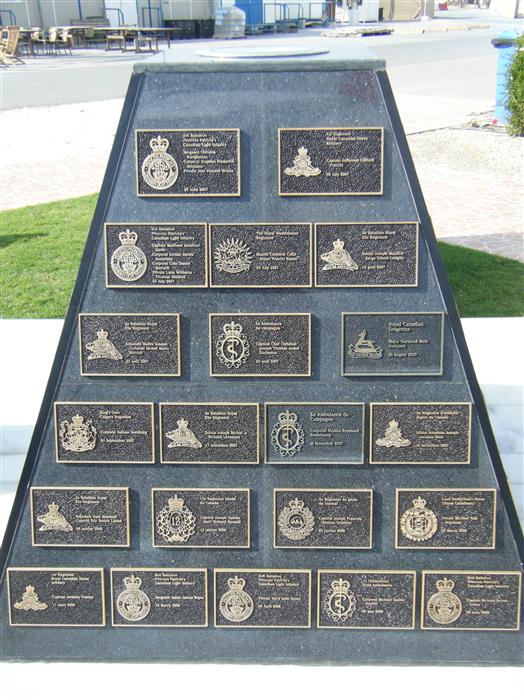 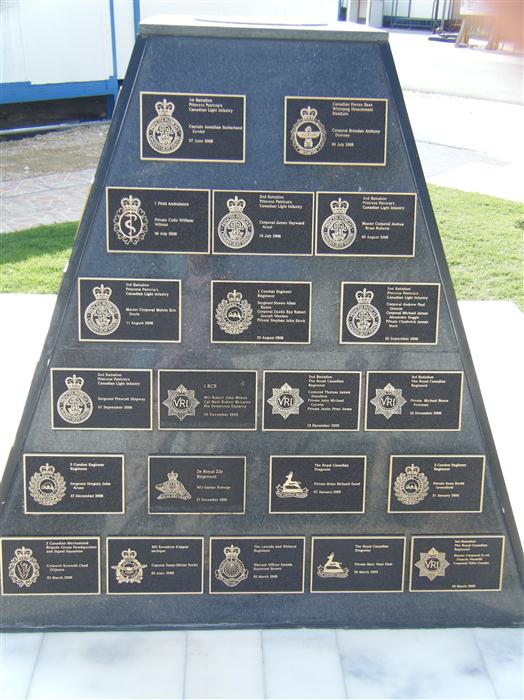 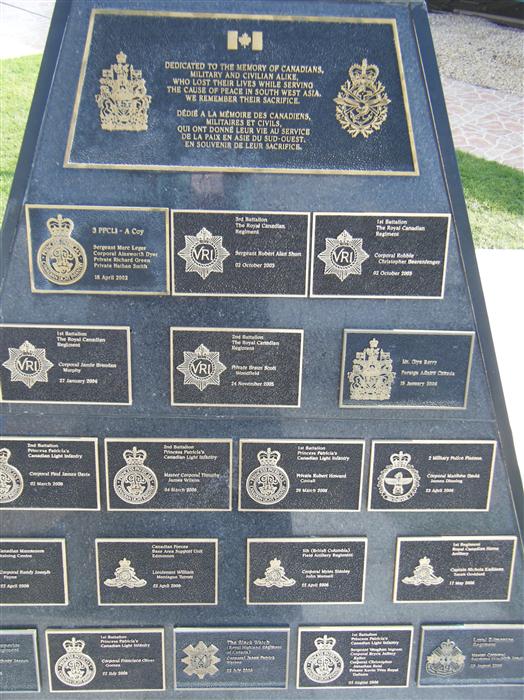 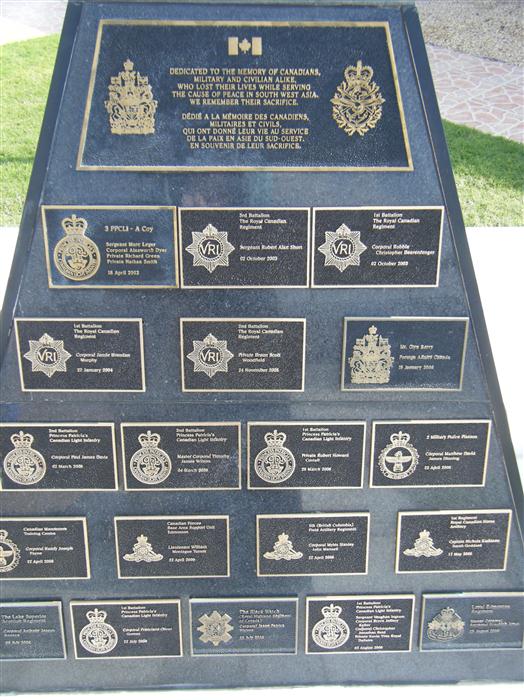 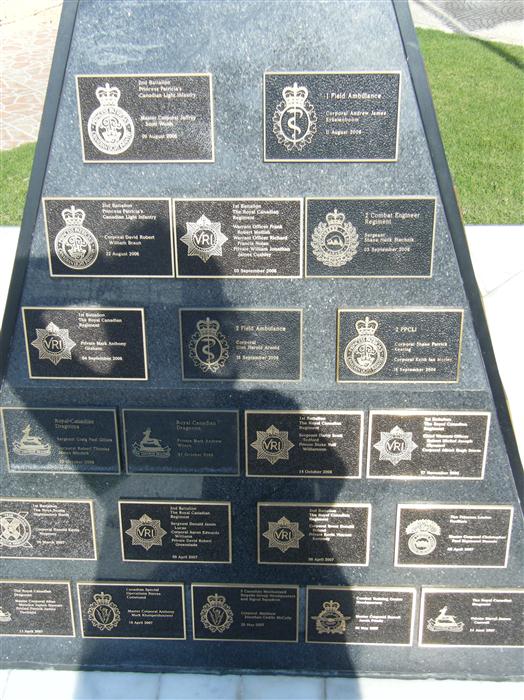