You are not connected. Please login or register
+3
Infanteer
edstorey
clem01
7 posters

I have a VERO liner dated from 1938 in a shell with a typical canadian chinstrap and net.
There is a strange broad arrow on the liner, have you ever seen one like that? British fabrication with canadian control reception? 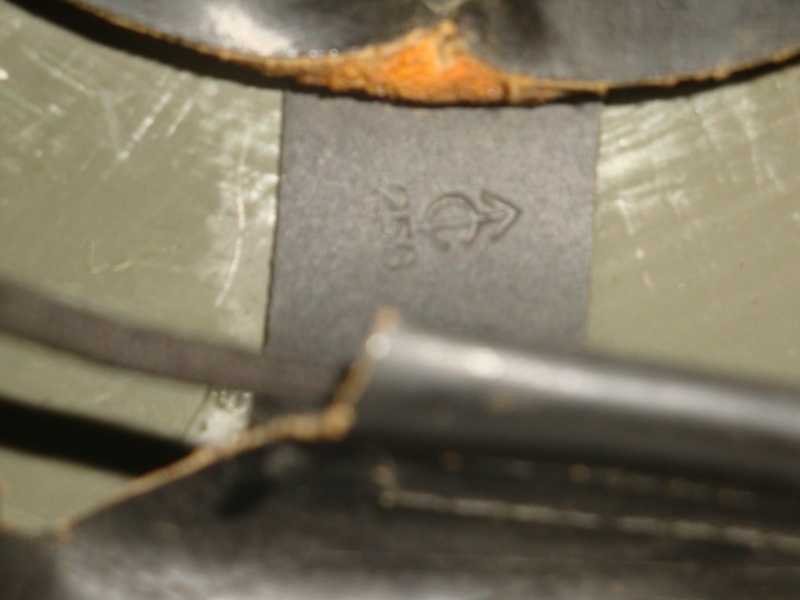 Unfortunately that is not a 'C Broad Arrow' marking, plus the date is too early for Canadian helmet production.
clem01

Thanks for your reply, maybe a variant of the GB broad arrow?

I suspect that is likely a company trade mark.
kozowy1967

Gentlemen the stamp as seen above is the British Equivalent to the Canadian C-/I\ and is a quality control / Government acceptance stamp as found on the early production Mk I liners.
It will be found on the rexene fiber cross strips if memory serves me correct this particular mark will only be found on liners with production dates commencing in 1937 and ending in early 1940 and this type of stamp was eliminated when the MOD adopted the new Mk II type liner.

Do you have a reference for the use of this mark?

Would you also have any information as to why the British Government would introduce this particular mark when they had been using the "Broad Arrow" mark for decades prior to 1937.

Thanks for any further information.
kozowy1967

Hi 37patt I have contacted a friend and fellow collector in the UK who specializes in British tin lids to see if he can add some further information to the discussion in the form of referance material .
But untill I hear back from him we can explore this topic a little more this particular subject has been discussed before on different venues and this embossed mark as mentioned I have only ever seen on the Mk I type of liners.
And after spending a couple of hours this morning reviewing old threads I have come up with multiple examples that fall in the time line as mentioned above here are three examples of liners produced by different manufacturers and all dating from different years.
1# was produced by Vero and is dated to 1938 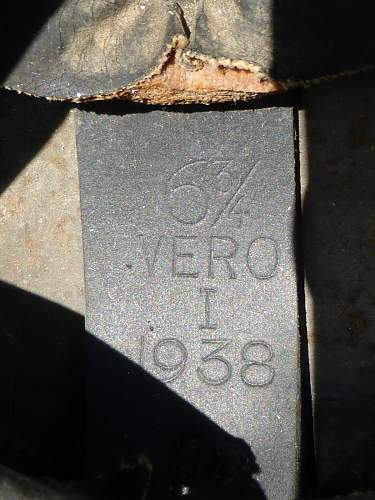 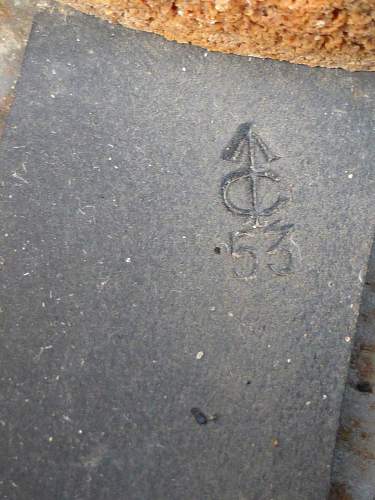 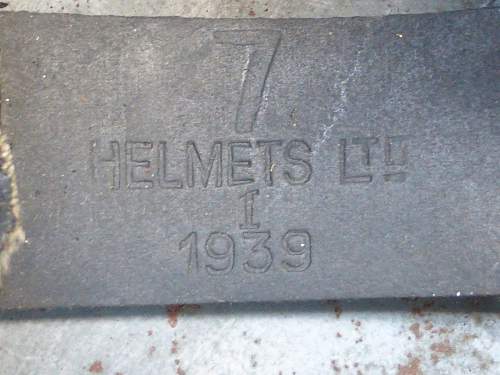 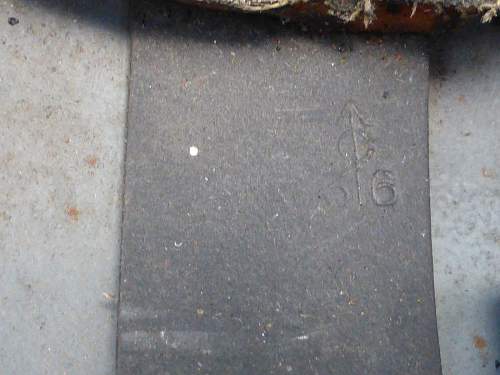 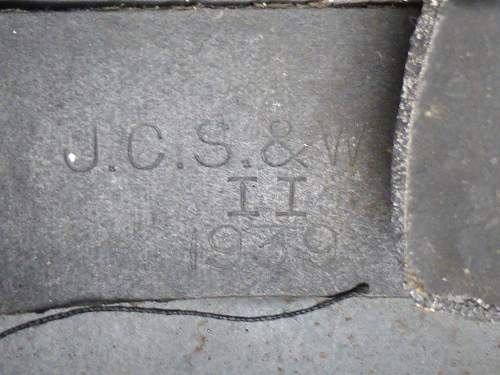 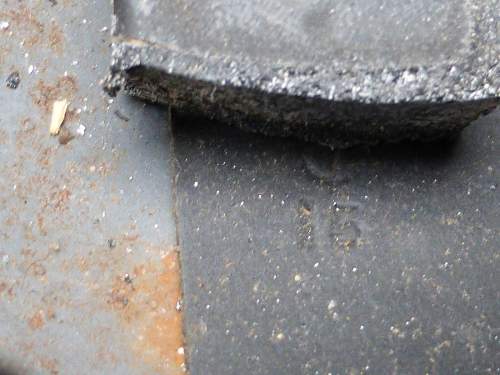 Worthy of mention is the fact that I could not find one British War time produced liner in my search that was sporting an embossed Broad Arrow Mark they can be found on South African war time dated liners that were produced by Jager Rand ( PTY ) Limited but in a different configuration as the arrow is encased in a U as seen on this 1940 dated example below. 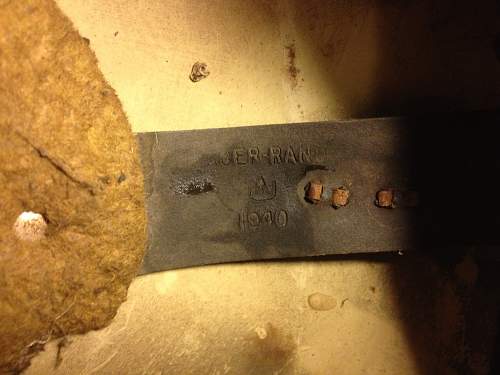 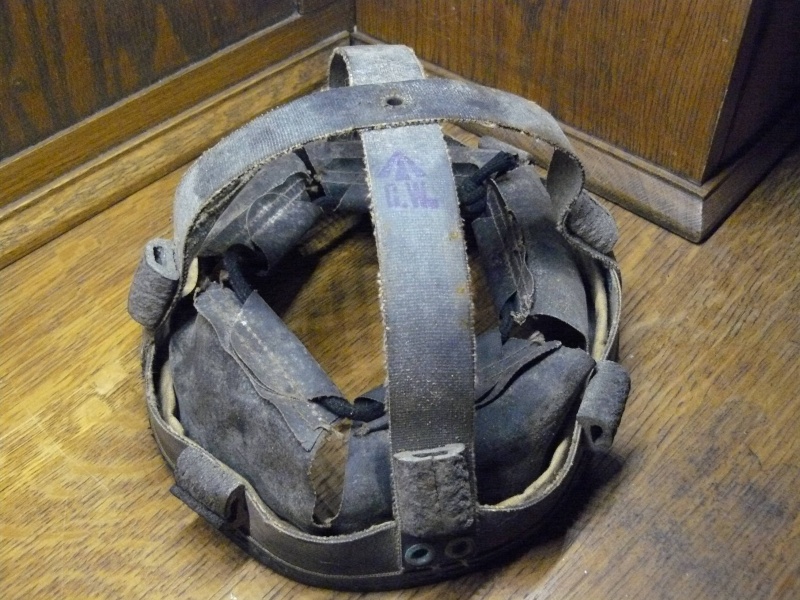 Now this of course brings us to Canadian produced liners by VMC and some of the earlier variations can be found with a small embossed C-/l\ on the reverse side of the rexene cross straps as shown on the 1940 dated liner as per the example below. 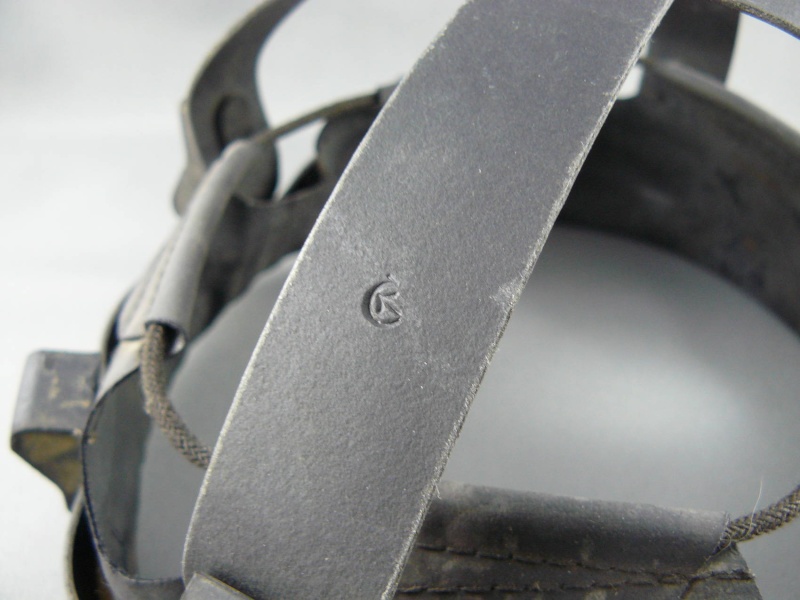 We are more accustomed to seeing the C-/l\ in the form of a white ink stamp though and some are found with the inspectors control number as seen on this 1945 dated example below . 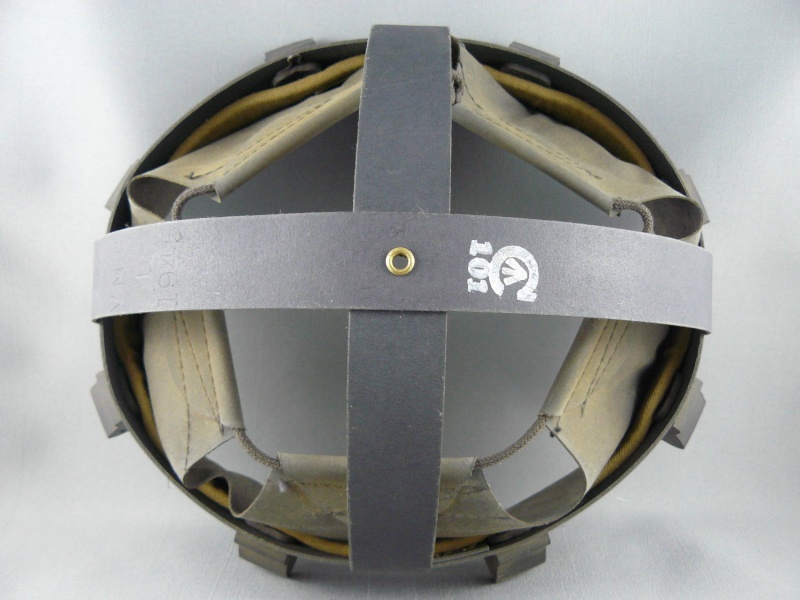 Another interesting anomaly found only on very early 1940 production C.L./C. helmet bodies with very low steel lot batch numbers is a very small C-/l\ stamped in the steel on the exterior just below the chinstrap lug retention rivet. 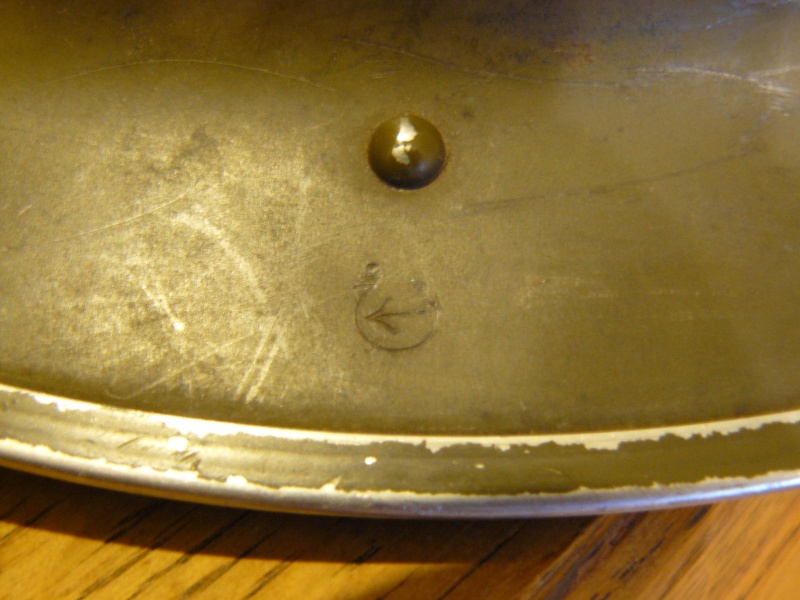 It will be interesting to see if my friend Aaron can come up with any more detailed information for us in regards to the subject I will keep you all informed with what he can find out.

Just to update the thread my friend Aaron has replied and apparently the stamp can be found on some of the liners of Mk II's as well he states.
( Not only are they on an lot of the Mk1 liners, they are also found on the Mk2 liners.
Haven't seen the stamp on an post war dated Mk2 liner or lift the dot Mk3 liners.
Don't know the exact name for the stamp, quality control, acceptence stamp or inspectors stamp.
There doesn't seem to be that much info out there about them, what the numbers stand for next to the C^ ? The person who stamps them number, or the maker, again ??? )

Well, that demonstrates when the mark was used but still doesn't answer the question about why it was used. Can this c arrow mark be found on any other items?

Only speculation of course but I think that the mark represents a government quality control inspector stamp much like the numbers found below the Canadian C-/l\ why they would choose this particular type of stamp over the regular /l\ is indeed still a question that needs to be answered.

I have one on a 49 dated liner, the style of the stamp has changed. 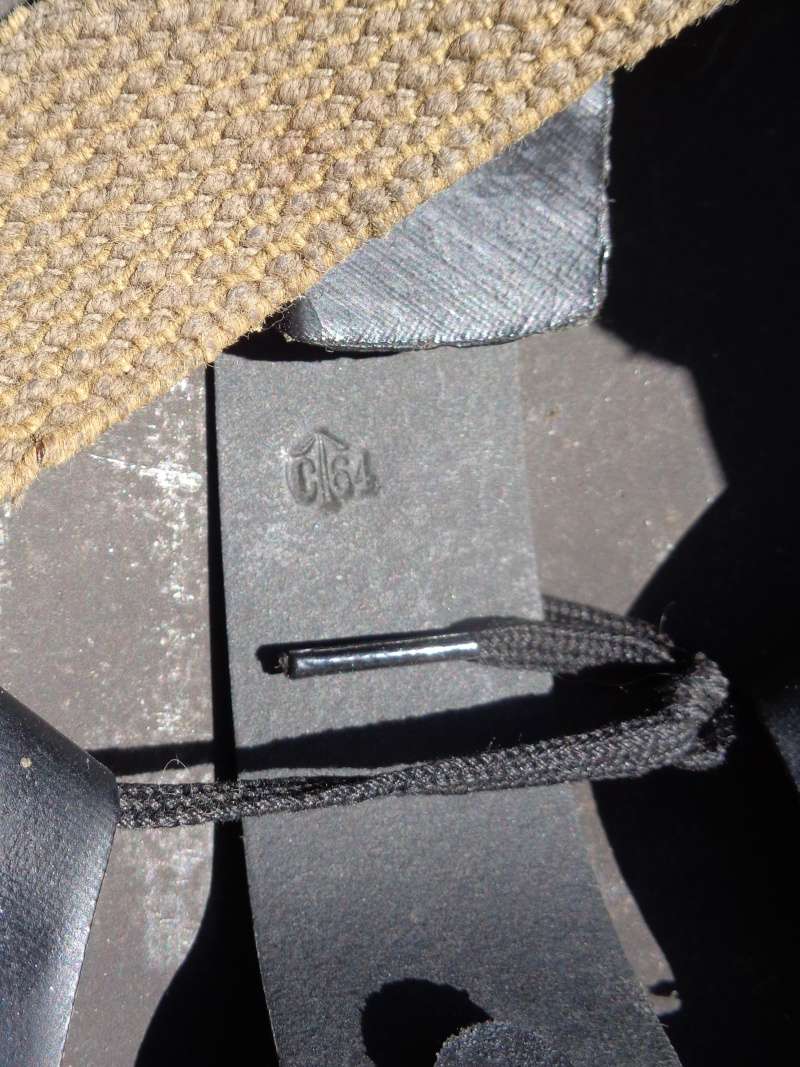 My British Mk II has a 1938 dated liner made by Helmets Ltd. and it has the /I\ C mark with 316 under it. This is the same number as the one you showed above and I am wondering if it was an in house inspectors mark.

If each plant had a distinct number it would add a little credence to this theory.

In the meantime I will wait and see what else comes out of this thread. Looking forward to any other views.

The same early mark is found on the Bren lensatic sight and the wooden holder they come in. It can also be found on early bren tripods.

An example of the mark can be found in this thread over on milsurps: http://www.milsurps.com/showthread.php?t=28229&page=1
Infanteer

Thanks for the link cmpman. That's an interesting mark.
Sponsored content