You are not connected. Please login or register
+3
Cameraguy
kozowy1967
Maple Creek
7 posters

Here's something that has stumped collectors in other forums.  Any ideas about what unit this helmet might have come from?

The helmet was an out-of-the-woodwork thing that came from the family of the vet.  Unfortunately, the seller knew nothing about her relative's military service. 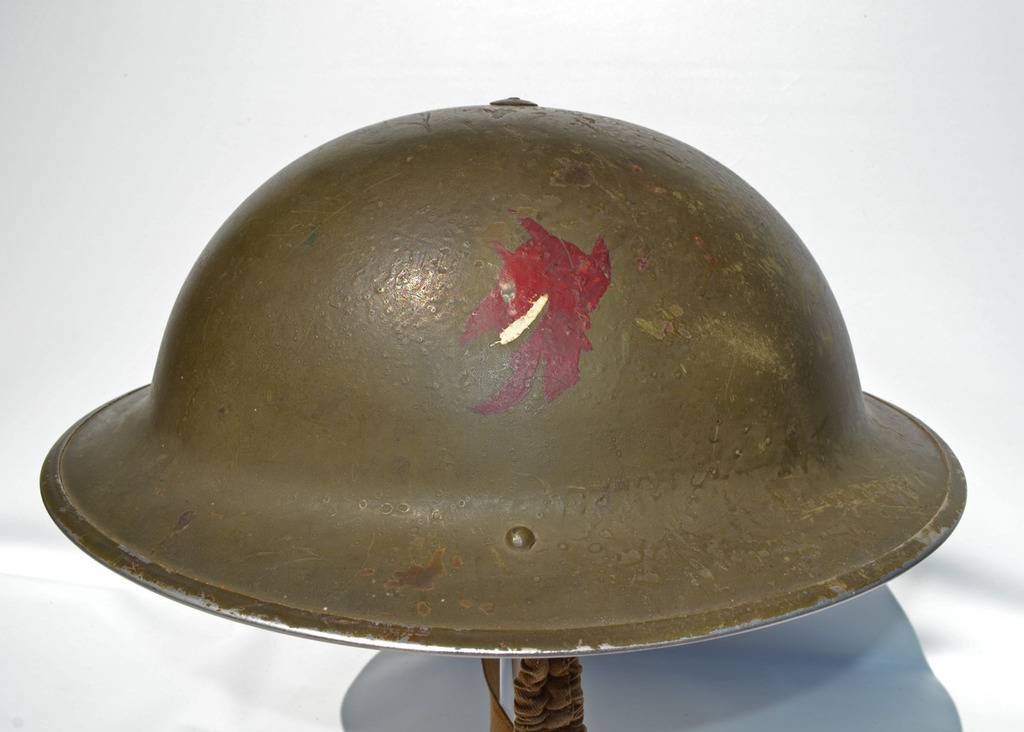 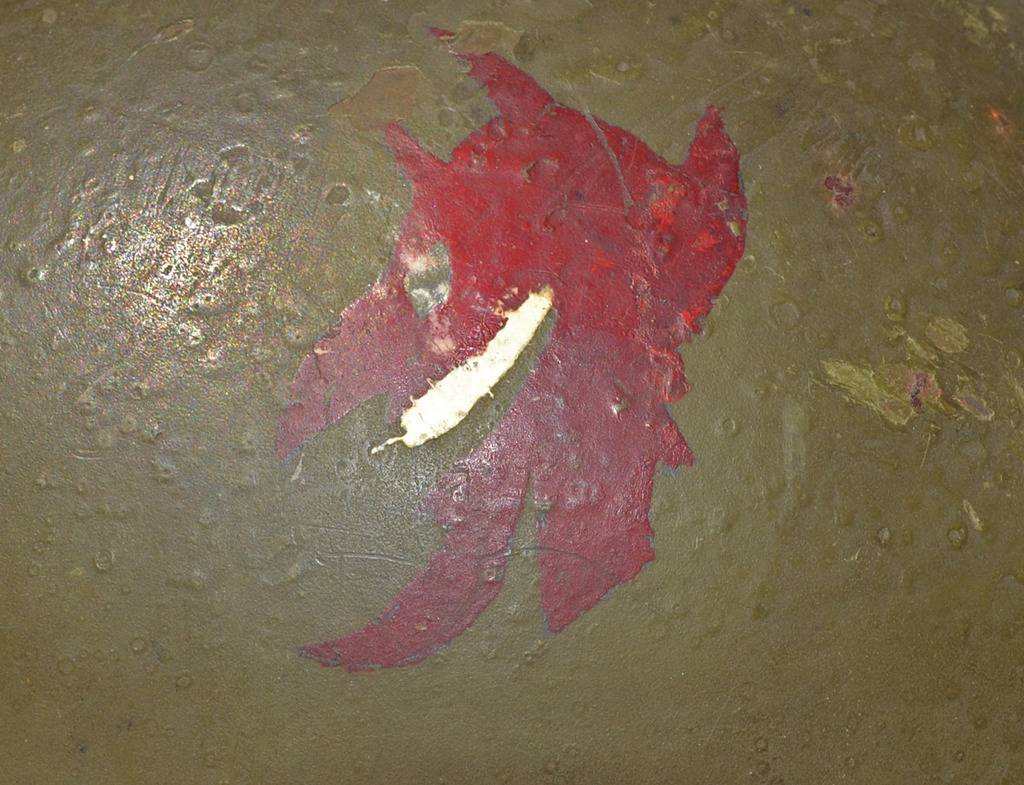 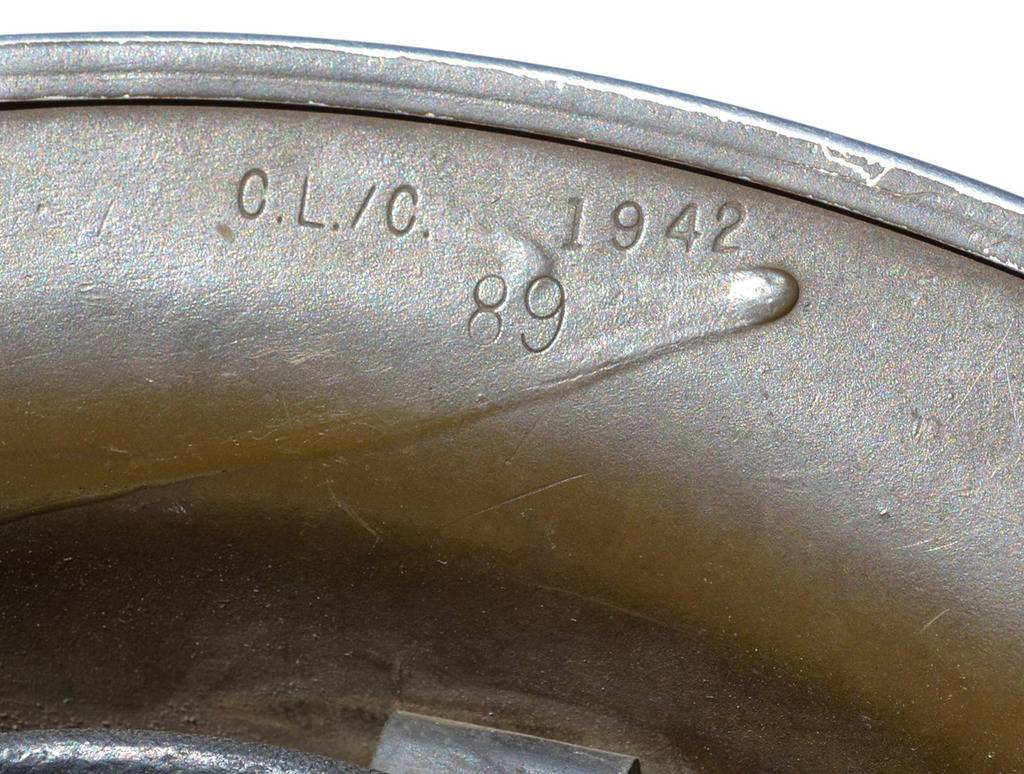 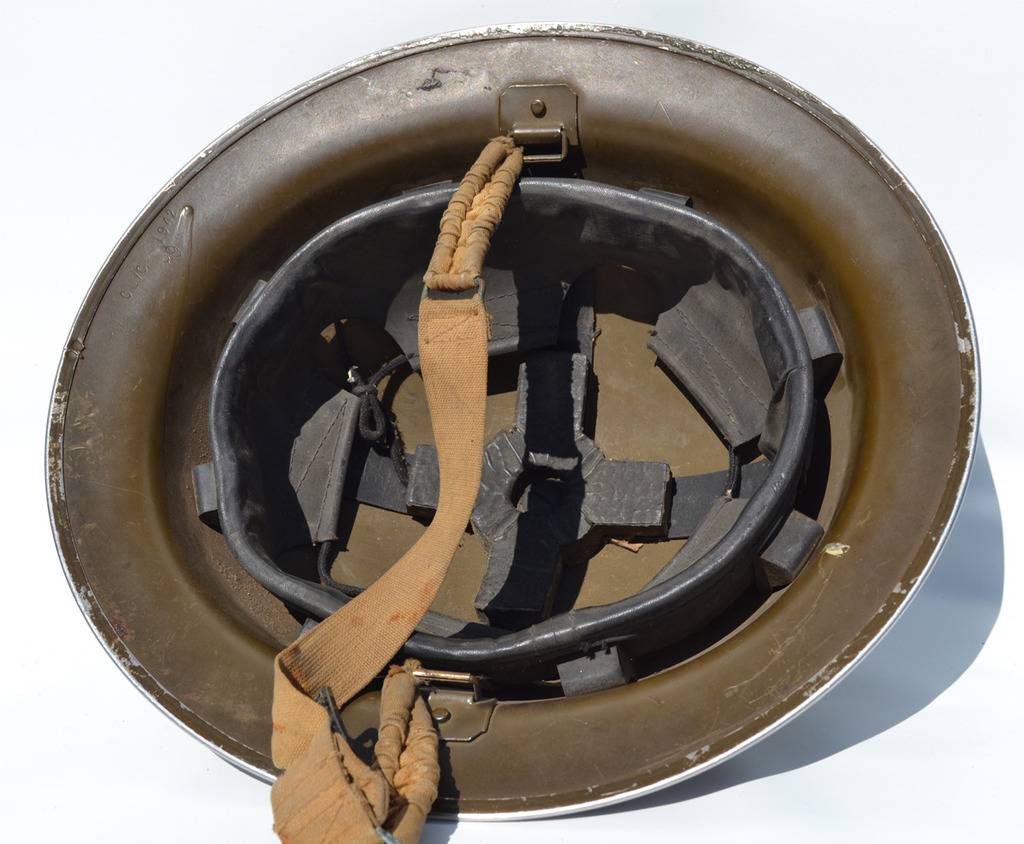 Thanks for your help!

and I have checked every reference site that I know and have spent hours comparing images with still no luck.
I know I have seen this particular flash before

but I will be dammed if I can find it again if I do come up with anything I will be shur to let you know.

Hi Mark, Thanks for your beyond-the-call-of-forum-duty on this one! It's a fun challenge to try to track something like this down, no?

I think maybe I've got it, or at least a pretty good guess: Royal Winnipeg Rifles.

Here are images of their cap badge and unit insignia with motto. Notice the stylistic similarities between the devils head insignia on the helmet and the head of the devil in the attached images, particularly the one with the green background. Their historic nickname was the "black devils." I considered this unit before, but since the helmet insignia shows a red devil, I rejected this theory. However, the background on the cap insignia is red, so I think a red colored devil might have been used as a short hand reference for the more elaborate overall unit coat of arms.

Here's an excerpt from Wikipedia explaining the name:

The 90th Winnipeg Battalion of Rifles were formed on 9 November 1883 under the command of Lieutenant Colonel William Nassau Kennedy. Within two years of formation, the 90th battalion served in the 1885 North-West Rebellion, fighting at Fish Creek and Batoche.[1] The regimental Latin motto is Hosti Acie Nominati, which means “named by the enemy in battle”. After the Battle of Fish Creek during the North-West Rebellion of 1885, a captured Métis asked, "The red coats we know, but who are those little black devils?", a reference to the fact that while infantry of the line wore red coats, the Winnipeg soldiers were clad in traditional rifle green. From that point on, the 90th Rifles (and later Royal Winnipeg Rifles) became informally nicknamed the "Little Black Devils". 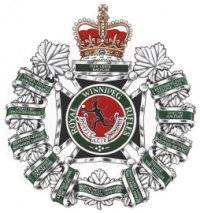 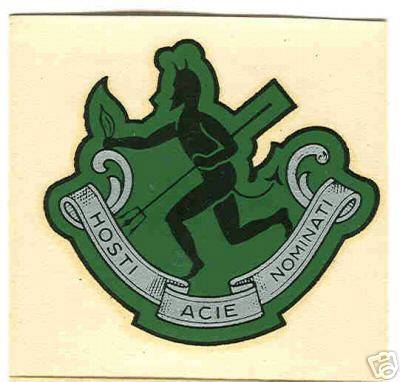 kozowy1967 wrote:Hi Mark I really like this Mk II as you well know

and I have checked every reference site that I know and have spent hours comparing images with still no luck.
I know I have seen this particular flash before

but I will be dammed if I can find it again if I do come up with anything I will be shur to let you know.

I as well came across the Go Devils flash and considered it as a possibility in the back of my mind but continued to search for a Canadian connection another possibility though but by 1942 the M-1 was in full production so I through it on the back burner and carried on looking at other possibilities.

I also remember seeing that laughing devil before, just can't place it where. The Winnipeg is a interesting connection although I have never seen the laughing devil associated with the RWR. I am thinking Australia, but that may be a long shot.
kozowy1967

Hi Gaetan IMO it is not related to the British Parachute Regiment and Mike for what ever reason I have it stuck in my head that I seen this flash on a Mk II in a period image and have searched every file,site and link I could think of .

Please don't rule out the RCN or the RCAF.

I have seen many RCN helmets that are not repainted grey. Many also have individualized personal images painted on the them. The helmets seldom left ships so their was no need for a unit identifier but sailors needed to ID their kit and some did so with paintings etc.

The RCAF has 407 squadron known as the demons. This may be an identifier to them. Some more recent patches from this unit have a devil on them.

I would suggest trying to contact the family again to get a name. This could lead to a branch of service that would allow you to narrow down the search.

PS Have you looked under the liner for a name. I have seen liners were the owners name or number was written on the green cloth covered padding visible when you turn the liner inside out??? Just a thought....
Jonhno

Interesting helmet, It seems to ring a bell with me too, but wondered if it was not just because the Red Devil was a popular symbol

good luck with tracking down an id
Sponsored content