Have a chance at this lid.  Any idea if the camo could be WW1?  I haven't seen any in my brief internet search.
THanks 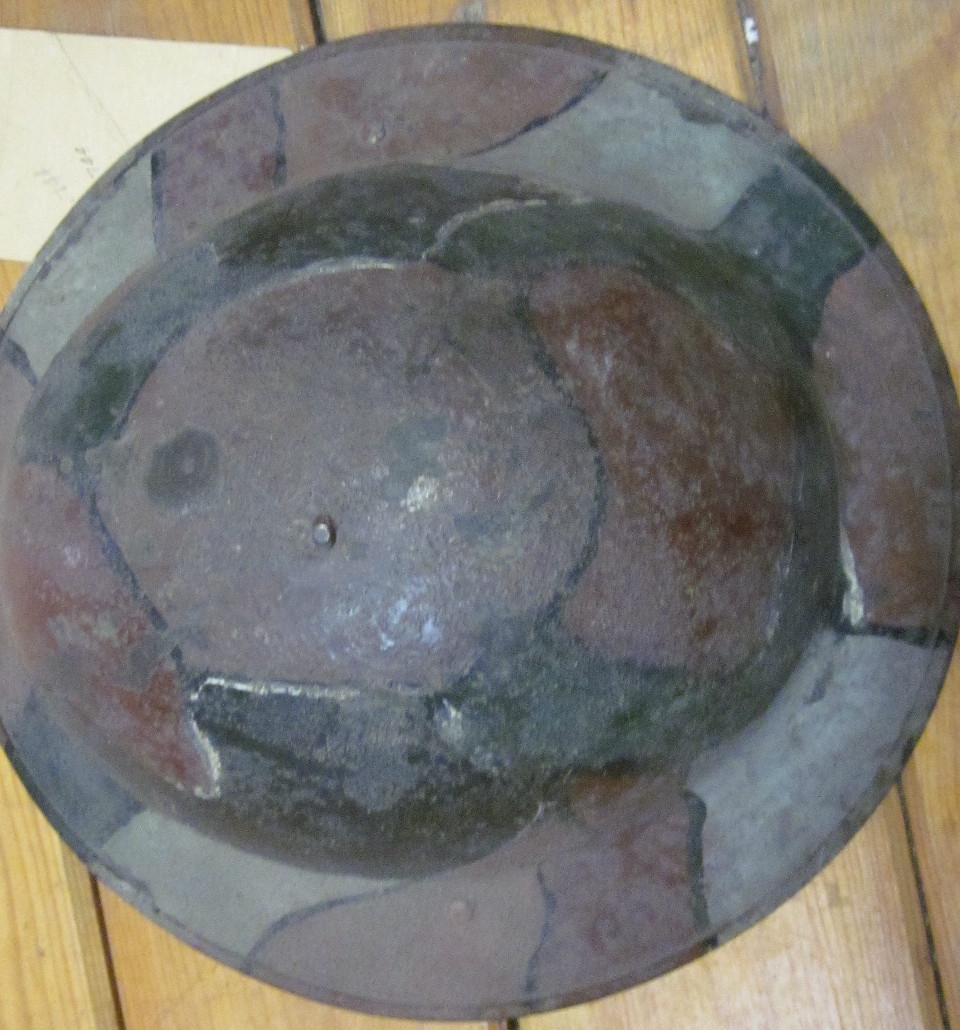 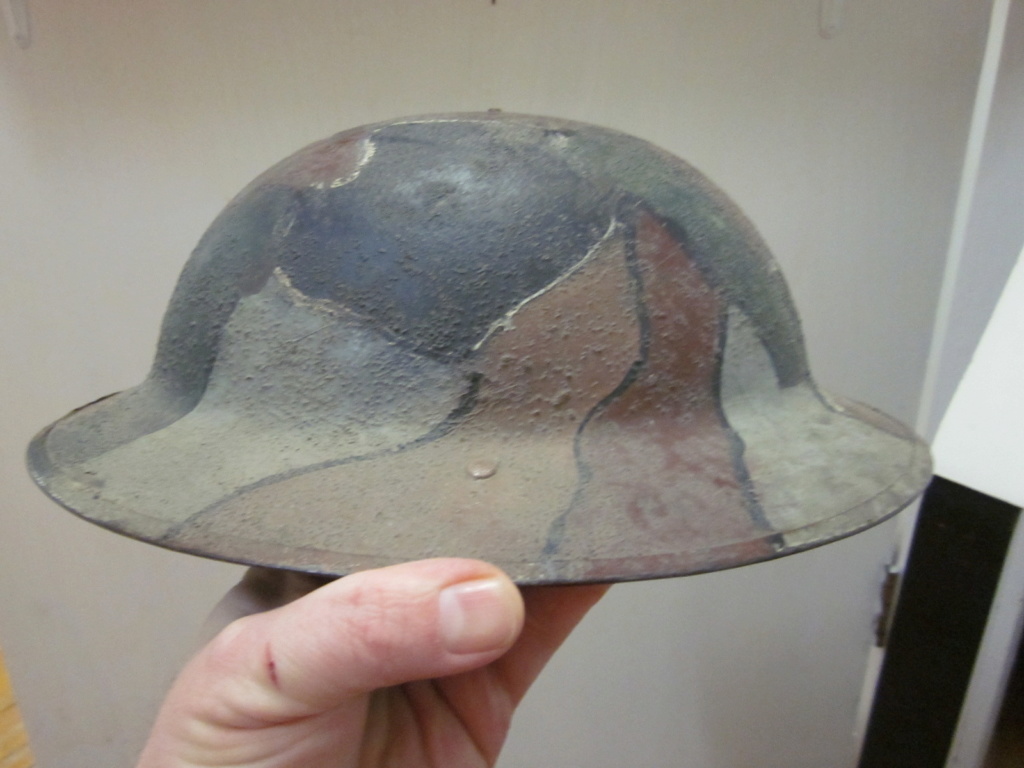 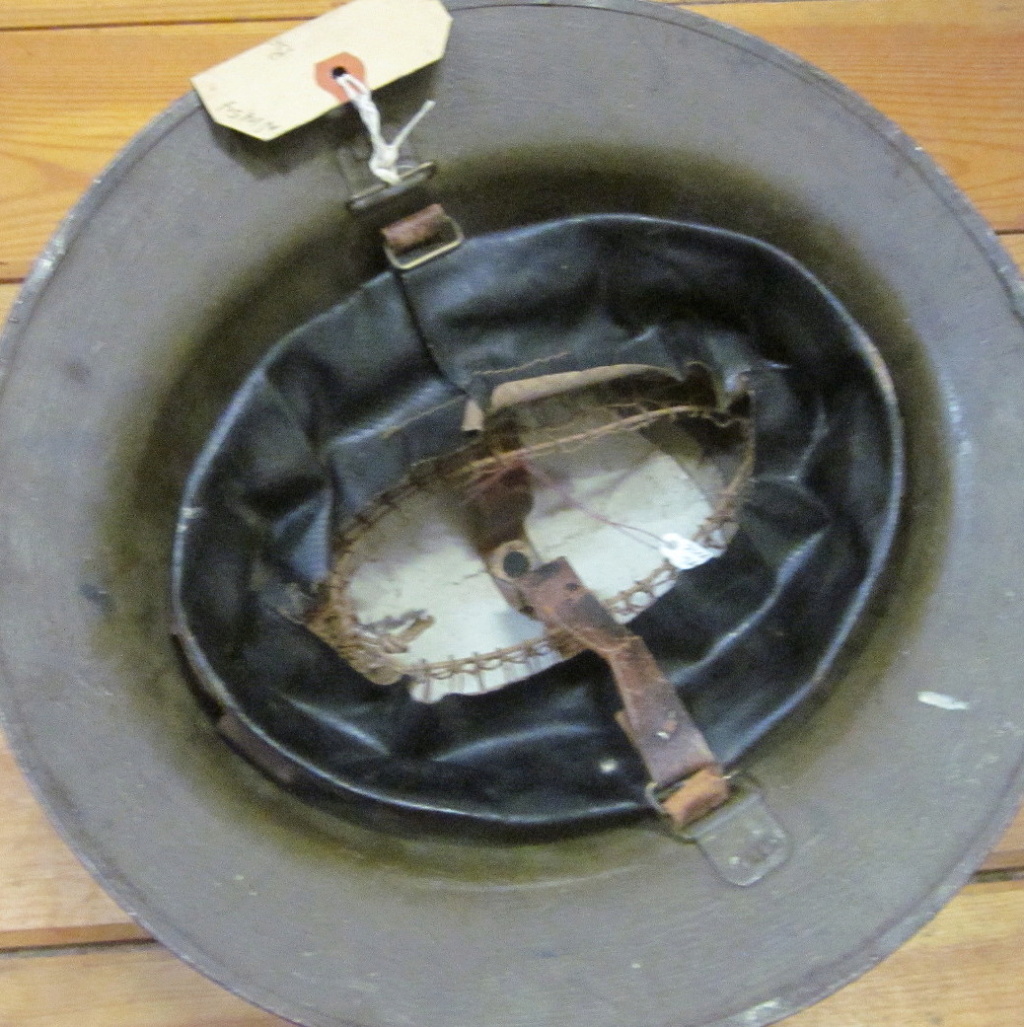 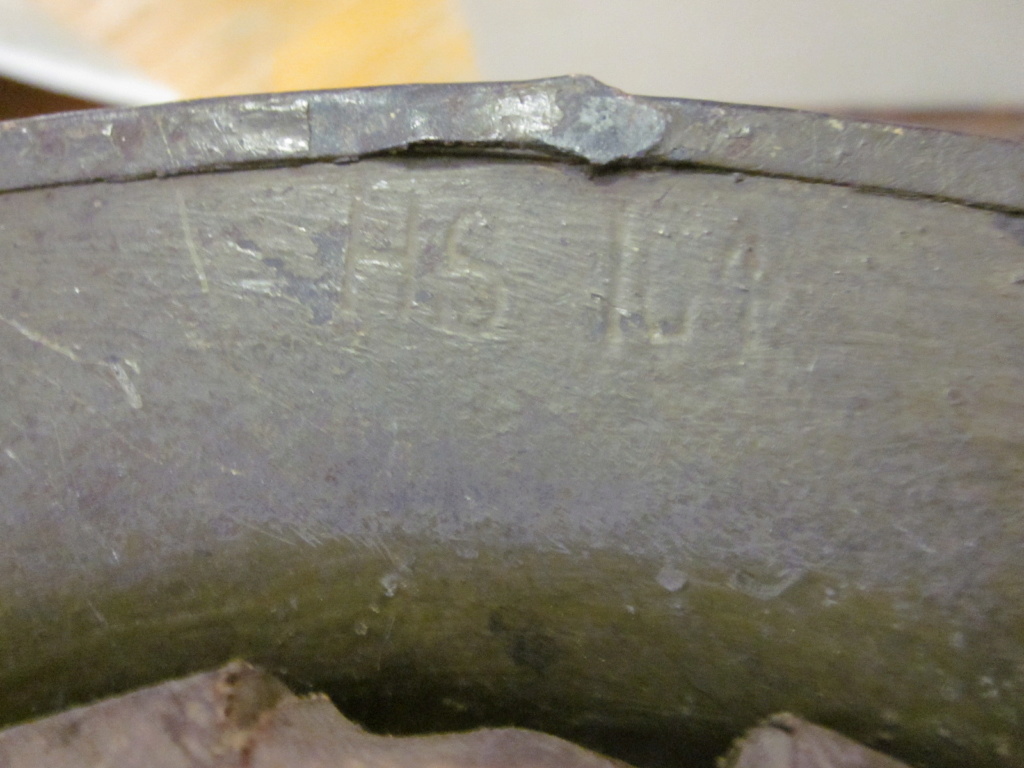 From what I was told, these US camo helmets were done during and after the war to mimic the german camo pattern that was used on stahlhelms during the war. So, it could be, or not that it was done during the war. Personally, I would say post 1918 applied.

I found a link that will explain it better than me.

Thanks, I'll try and get some closeups.
iwasatdieppe06

It looks like a British Brodie split pin rivet on the chinstrap mount not a M1917 US?
ypres

WWI British helmet issued to the US and painted by an American... Canadians and Brits did not paint their camo this way.

I believe that the general consensus for these types of camo patterns are 1) american and 2) applied post armistice. Still great helmets, though. Worn during the war and painted by the vet afterwards, possibly for parades.