While on a patrol with Major Charles Joseph Ross, Sgt. Major John Alexander Paterson, Sgt.'s. Harry Hall Breden, John Thomas Randell, Singleton Wyndham Muncey, Asel B. Craddock, John E. Pemberton, James Creighton, Corporal John Davis and other Scouts came across a group of 15 to 20 Boers. At which time they gave chase and as they passed over a hill and found another group of Boers numbering over 100 at which time a running battle ensued. It seems that they had surprised the Boers as they were not ready for them and a large number of them fled. The patrol ended up in a hand to hand fight with revolvers at which time Sgt. Breden was wounded in the ankle. The Boers were forced to move and eventually ended up in an area where they could not be flanked but could not escape and a number surrendered.

This patrol was looking for the Colt Machine Gun that has been lost with the deaths of Sergeant Dayton Brown Hammond and Sergeant Duncan John McGregor on January 28th, 1901.

When the relief column arrived, the Scouts went back to see if any of their men downed in the initial charge had survived. Sergeant Major Paterson had been shot in the back and the bullet went right through his heart killing him instantly he was buried about half a mile from where he fell. Randell found his friend Sergeant Muncey who had also been shot through the body, and initially thought he was dead. A Boer bullet had entered over his heart and came out his back over his left kidney. Randell gave him some water and rum and it revived him. Muncey was angry, not because he was shot, but because the Boers stripped him of his horse, tunic, his whip-cord breeches, high laced leather boots and his silver spurs. Muncey recalled that when he was shot he was about 25 yards from the Boers but said “I have the satisfaction of saying I killed one before I received mine. There were two of them firing at me, I shot one and fired four or five shots at the other fellow. He had a large ant hill for cover whereas I had nothing, just lying on the ground in plain view.”

Sergeant James Creighton, who was present, recalled the Muncey was seriously wounded. The bullet entered under the clavicle on the left side and, as he was leaning forward, it passed down behind the heart and cane out above the hip bone about 2 or 3 inches from the spine. Creighton's attention to anatomical detail in the heat of battle may be a reflection of his having been a medical student prior to enlistment. Muncey was evacuated to a hospital in Natal and then to England.

Muncey survived and despite of being wounded which ended up with limited use of one arm, but continued to serve in World War One with the Canadian Expeditionary Force and reached the rank of Lieutenant. 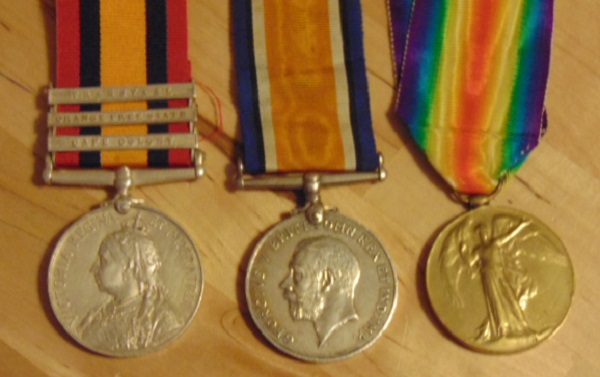 Singleton Wyndham Muncey was born 6 November 1879 in Carleton, Prince Edward Island to telegraph operator Townsend Coffin Muncey and Harriet Muttart. He spent some time in Winnipeg before enlisting as a Sergeant with the E. Battery, Royal Field Artillery on 19 January 1900 to fight in the South African Boer War. At the end of formal fighting, Singleton joined Howard's Scouts and continued to fight the Boer soldiers. On 4 February 1901 he was wounded in the left shoulder. The injury resulted in the paralysis of his arm and Singleton spent the following year in England where he partially overcame his disability. Following his release, Singleton returned to P.E.I. where he married Elma Lovnetta Schurman in 1904.

Singleton also served in the First World War as a lieutenant in the 188th Battalion, serving in France with the 5th Battalion and was part of the Army of Occupation in Germany. Following the General Demobilization in 1919 Singleton resided in Vancouver, where he remained until his death in 1945.

Singleton and Harriet had one daughter, Doris, who later married Reginald T. Haslam. Doris is the author of "The Wrights of Bedeque, Prince Edward Island: A Loyalist Family" (1978) and co-author of "An Island Refuge: Loyalists and Disbanded Troops on the Island of St. John" (1983). Singleton also had a son named Wyndham with his second wife, Alma Marion Aylward. Singleton died 23 October 1945 in Vancouver, British Columbia. 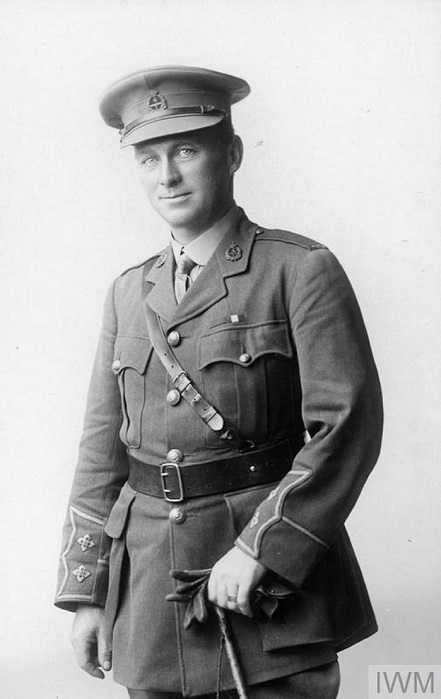 Colonel W. R. Collins, member of Parliament for the Union of South Africa, who was one of the Empire Parliamentary Association visiting Canada recently. During the Boer War he shot a Prince Edward Islander, S. W. Muncey, now of Vancouver, and took his boots from him.

When speaking at Moncton he told the story of his skirmish with the Canadians. As the result of its publication a few days later, when visiting Windsor, Nova Scotia, he met Mrs. Gordon Stairs, Muncey's sister-in-law, and the following day received a wire from Mr. Muncey's mother, living in Charlottetown, through Mr. T. B. Grady, Superintendent of the National System there, who is also his uncle. Mr. Grady added that the loss of the boots did not stop him, as he was supplied with another pair by the Government with which he went through the late war. Subsequently word came from Mr. Muncey in Vancouver that Colonel Collins not only took his boots but also a package of cigarettes, a horse, a revolver and a riding coat. Which latter he had taken from a Boer.

Colonel Collins who fought against the British in the Boer War, was one of the first to rally to the flag in South Africa when war broke out in 1914, leading a column of cavalry in German West Africa and participating in the conquest of that territory.

Relative your search S. W. Muncey as mentioned in your remarks Canadian Club, Moncton. Muncey is nephew of mine. He is now living in Vancouver B.C. And in Real Estate business. His mother living at his home on this Island and is hale and hearty. In order to relieve the heavy conscience which you have been carrying for the past twenty seven years she wishes me to ask you to accept this telegram with her blessing as a clear receipt for her son's boots. May also state that the loss of the boots did not stop Muncey. John Bull provided him with another pair of boots with which he passed through the late war.