I'm looking to purchase original FSSF items such as uniforms, insignia, photographs, documents etc. If you have any such items for sale or know someone who would like to sell these items would you please contact me. Thank you.
Northman 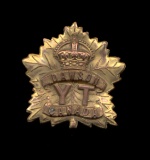 I am looking for a V42 knife. What are they worth these days ?
Seaforth Highlander

The original Case V42 knives are available (I know of about 8 for sale right now in Jan 2012) and over last 5 years they have run from $900 to about $9,999 in asking price. The high end knives are not moving. The rarest version, the 70 made for US Navy (USS OMAHA) with short scabbard,used to command a premium price over the standard V-42 [one lucky US collector pulled three lovely specimens out of a dumpster!] have come down several thousand dollars in price. Many more knives (USMC Stilettos, OSS Stilettos OSS Smatchet etc. that were VERY VERY hard to find a few years ago) are now on the market due to the recession, especially in the USA. Yes, there are still people who will be willing to pay high prices but a lot of higher priced V42 knives tend to sit unsold for years. As a seller, you can ASK for the Moon, but that does not mean that you will get it.

I have one original V42 knife in my FSSF collection that I bought from the son of the veteran. A collector of mint (read "No history") knives would turn up his nose at it. It is all beat up and sharpened to a thin needle like blade ... but I LOVE it! Sgt. Jack W. Stallings Jr. won 2 Silver Stars (one at Anzio for going into minefield to rescue buddies and was wounded), three Bronze Stars and three Purple Hearts. He was later commissioned, was post-war ADC to General Frederick and was killed in the Korean War when he jumped down off of his tank and landed on a land mine. This knife WAS THERE! It was used! The mint V42 knives tended to have been mailed home as souvenirs and missed out on the battles.

If you get a V42, for heaven's sake always ASK and record the soldier's name! I HATE the fact that so many fighting knives (uniforms, knives, guns etc.) are out there and no one bothered to write down the soldier's name and service details!

WARNING: (Bold empahsis added by me.
There are a LOT of copies and fakes out there and even the official CASE reissue V42 originals (made by same maker but post-war so they are not copies or fakes). Three days ago I bought an original CAMILLUS M3 fighting knife, but I knew it was a post-war reissue). Some people will artificially age their knives I have been told.

It is definitely a case of buyer beware especially when the asking price is high. Be VERY CAREFUL about descriptions! Look at the seller's reputation and other descriptions and stock.

One dealer who has a lot of very nice (including rare and very expensive) knives for sale also likes to exagerate. He has regular V42s and what he claims are unmarked V42 prototypes for sale. I would like to see proof. He says "This is the very scarce First Special Service Force PROTOTYPE fighting knife and the original scabbard. This knife is very similar in design to the V-42. It appears to have been made by Case ..." Even during the war, copies of popular or famous knives were made by other cutlers for servicemen (not collectors). These have far less value to collectors.

His descriptions are sometimes exagerated and very inaccurate e.g. a standard WWII British machete as used by Canada into the 1970s (I used one in army and also own one) is described as "This is a very unusual round tip Special Operations UK Bolo Machete and issue leather scabbard. This knife dates to the 1952 Mau Mau War in Africa ... form fitted scabbard with 1942 date. This is the broad arrow marked grip from the left and right sides. The knife is made of high carbon steel and it is razor sharp to the tip. There are a number of minor spots and signs of routine combat use. ... $299.99" Go to any gun show in Canada and you will find these standard machetes for about $85 to $125.

Standard WWII British Army folding wire cutters (I have two of these) are described as "a scarce British Commando broad arrow marked folding war wire cutters." One item is "This is a clandestine service lockbreaking multi-tool It is identified as WWII issue carried by espionage agents to facilitate entry through various barriers such as barbed wire. It is maker marked BREVETES.G.D.G. and numbered 338 stamped" BUT since France was occupied during WWII, I suspect that it is likely a post-war knife. NOTE: I am not saying that you should not buy from this seller, rather that when buying from him or any other seller, have your eyes OPEN and take off your rose coloured glasses. Do your homework!