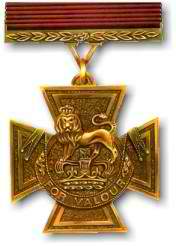 There have been five Americans or America-borne recipients of the Victoria Cross, four of whom served in Canadian regiments.

Captain Bellenden Seymour Hutchison served in the Canadian Army Medical Corps of the CEF. On 2 September 1918 in France, Captain Hutcheson went through the Queant Drocourt Support Line with his battalion, remaining on the field until every wounded man had been attended to. He dressed the wounds of a seriously hurt officer under terrific machine-gun and shell fire, and with the help of prisoners and his own men succeeded in evacuating the officer to safety. Immediately afterwards he rushed forward in full view of the enemy to attend a wounded sergeant and having placed him in a shell-hole, dressed his wounds.

Lance Corporal William Henry Metcalf served in the Manitoba Regiment of the CEF. On 2 September 1918 at Arras, France, when the right flank of the battalion was held up, Lance-Corporal Metcalf rushed forward under intense machine-gun fire to a passing tank and with his signal flag walked in front of the tank directing it along the trench in a perfect hail of bullets and bombs. The machine-gun strong-point was overcome, very heavy casualties were inflicted and a critical situation was relieved. Later, although wounded, Corporal Metcalf continued to advance until ordered to get into a shell-hole and have his wounds dressed.

Sergeant George Harry Mullin, Princess Patricia Canadian Light Infantry (PPCLI), Eastern Ontario Regiments of the CEF. On 30 October 1917 at Passchendaele, Belgium, Sergeant Mullin single-handed captured a pill-box which had withstood heavy bombardment and was causing heavy casualties and holding up the attack. He rushed the snipers' post in front, destroyed the garrison with bombs, shot two gunners and then compelled the remaining 10 men to surrender. All the time rapid fire was directed on him and his clothes were riddled with bullets, but he never faltered in his purpose and he not only helped to save the situation but indirectly saved many lives.

Sergeant Raphael Louis Zengel, Saskatchewan Regiment of the CEF. On 9 August 1918 east of Warvillers, France, Sergeant Zengel was leading his platoon forward to the attack when he realised that an enemy machine-gun was firing into the advancing line. He rushed forward ahead of the platoon to the gun emplacement, killed the officer and operator of the gun and dispersed the crew. Later in the day he was rendered temporarily unconscious by an enemy shell but on recovering continued to direct harassing fire on the enemy. His utter disregard for personal safety and the confidence he inspired in all ranks greatly assisted in the successful outcome of the attack.

Ordinary Seaman William Henry Harrison Seeley served in the Royal Navy (there was no Royal Canadian Navy at the time) during the Shimonoseki Expedition in Japan. On 6 September 1864 at Shimonoseki, Japan, during the capture of the enemy's stockade, Ordinary Seaman Seeley of HMS Euryalus distinguished himself by carrying out a daring reconnaissance to ascertain the enemy's position, and then, although wounded, continuing to take part in the final assault on the battery. Seeley was the first American to be awarded a Victoria Cross

Re: The Victoria Cross

Hi, Metcalf was actually in the 16th (Canadian Scottish) batallion when he earned the VC. Here's a picture of his medals. Sorry it's a little bit shaky. 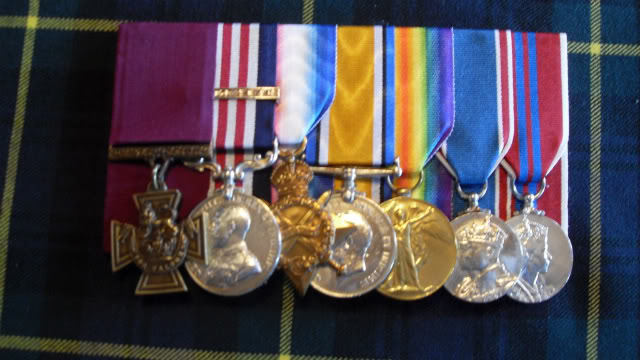