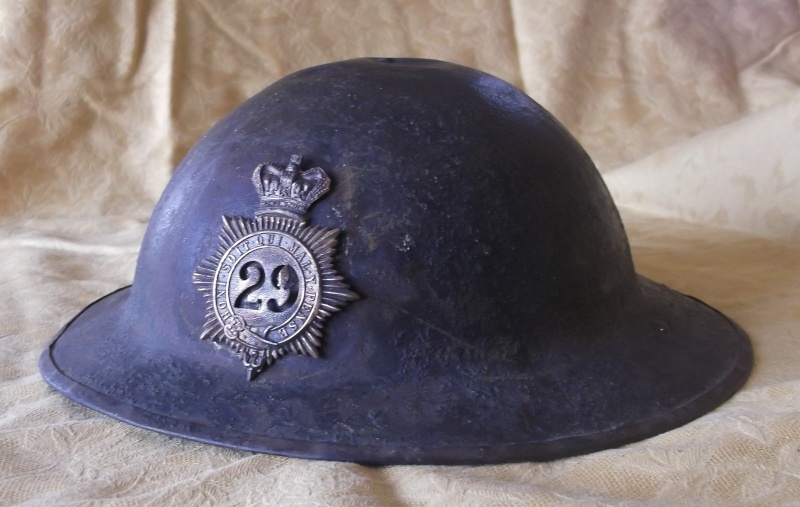 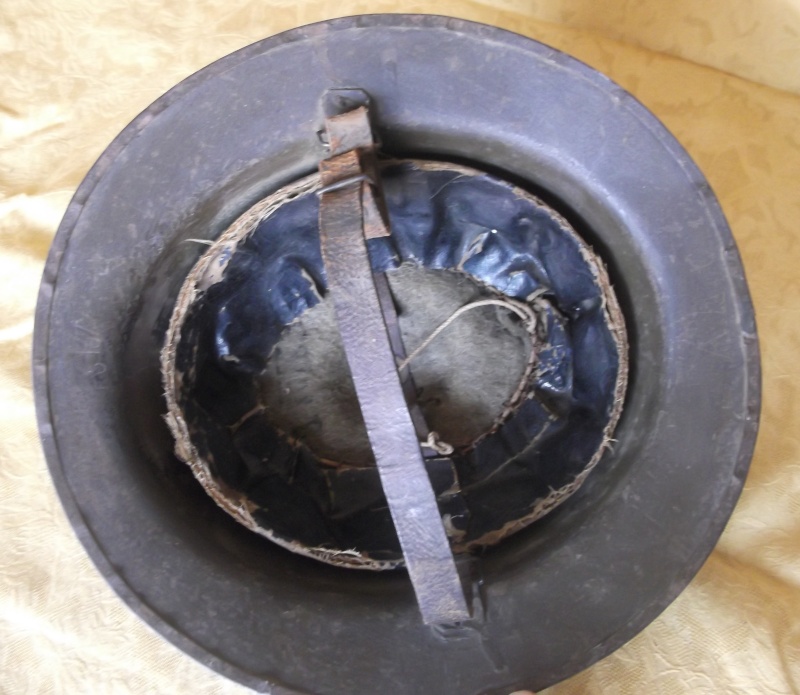 Sorry to disappoint you but this is a total fantasy piece. Few metal badges were applied to the helmet and these were cap badges. What you have is a Victorian-era helmet plate attached to a First World War helmet. Victoria died in 1901 and the Brodie was not introduced until 1916.
Clive
edstorey

Since both items are very collectable in their own right, it makes me wonder why anyone would join the two. The pair is so unconventional I have to ask what the 'story' was behind the helmet.

Curious...have any of you seen any other helmets that are legit with attached badging?
Cheers!
Bill

Sad. As indicated a made up piece.
There are some CEF helmets with badges attached. Authentic examples include the 4 CMRR, 2 CMR, and CFA, IIRC.
thegate

Hello, I bought these helmet as it is, if the badge does not go there I am going to remove
Gaetan

Gaétan, if I owned the helmet I would be very suspecious of it and treat it as such. I would not remove the badge just in case it was done legitimately for a purpose no-one has yet discovered. Personally I would feel like crap if I owned it, removed the abdge and then a year or two down the road found out that those badges were added to Canadian helmets for a certain event.
Bill

Adding more information. The badge is not a Canadian shako plate. The 29th, in Canada, was the Waterloo Battalion, but there is no such qvc plate listed in Mazeas. In the British army it was the 29th (Worcestershire) Regiment of Foot. It played a part in North American history, including action in the American War for Independence. BAD NEWS. The pattern of plate found on that helmet has been widely reproduced.
Cameraguy

I own a NNSH MKIII with a helmet badge applied. I asked several NNSH Veterans about this,and they all said that the officers would do pretty much whatever they wanted. That being said,only one admitted he may have seen one like it.

As you fellows say above,who knows why they ere put there in the first place,could be an amazing story behind it.

I was going to say the same thing...that badge is almost surely a phoney...they have been reproduced by the thousands...
Jonhno