hello guys, picked this up in the week, would be interesting to see it in the original finish new, I guess would be like the inside, Montreal made and dated 1916, can give more details if wanted, has the two studs on the lid to stop the handle falling over 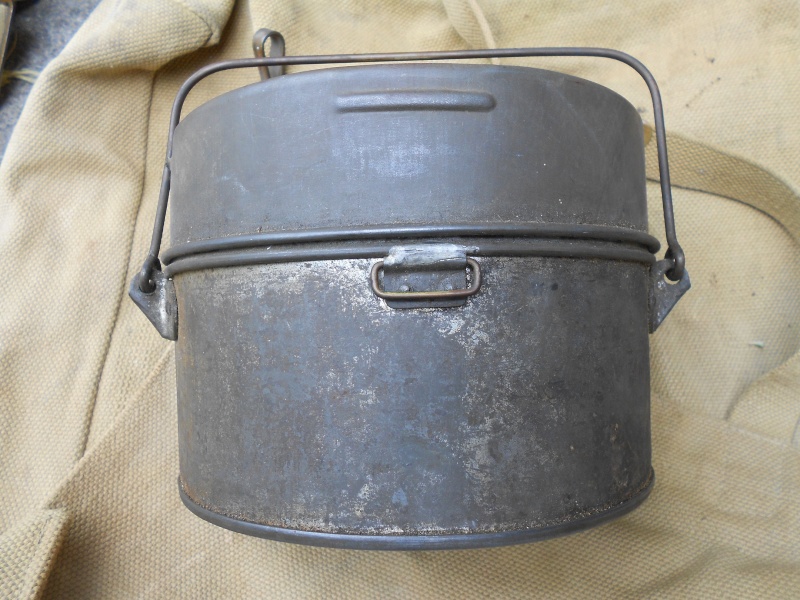 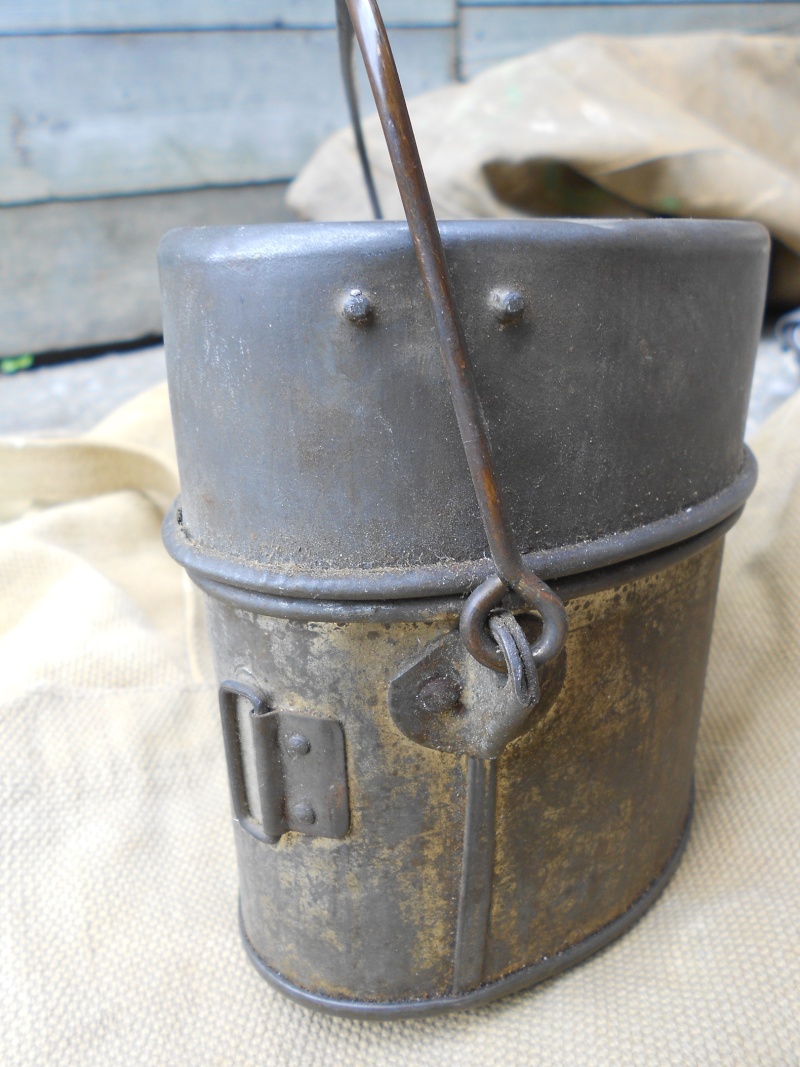 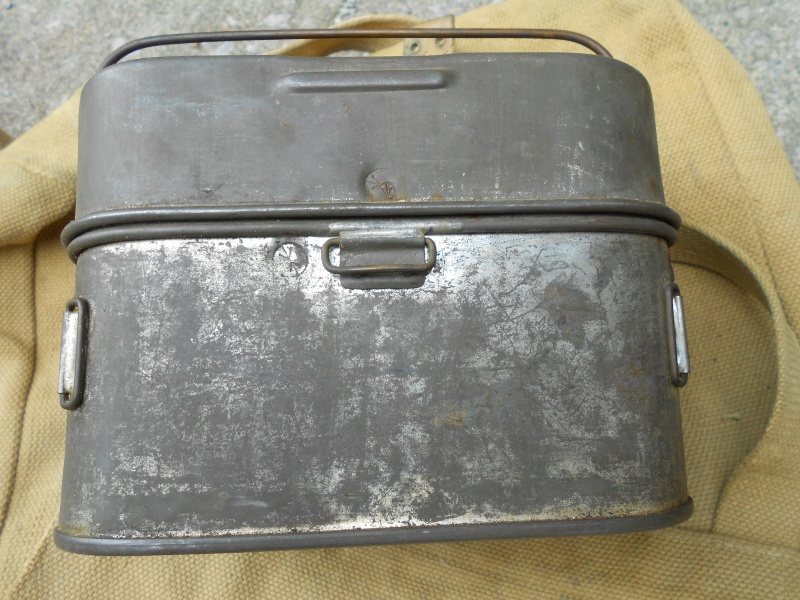 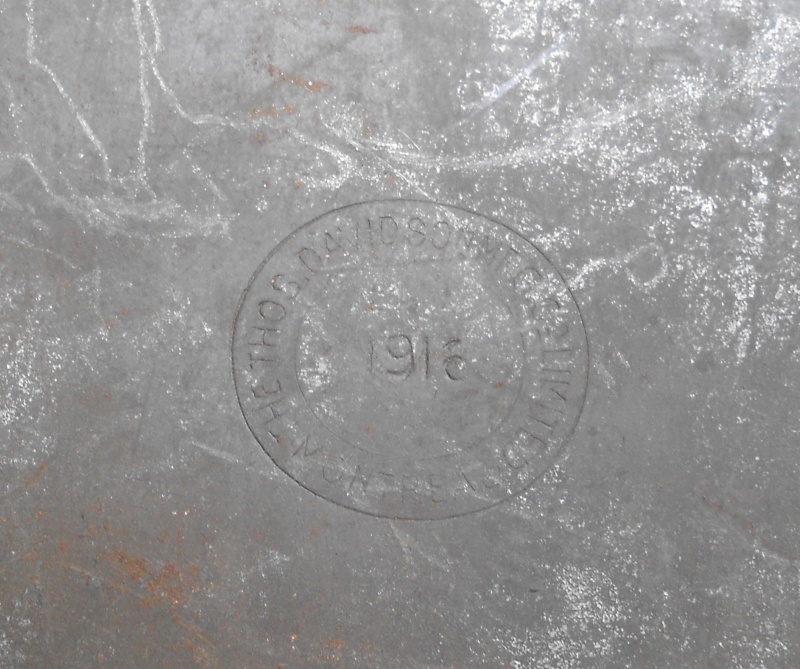 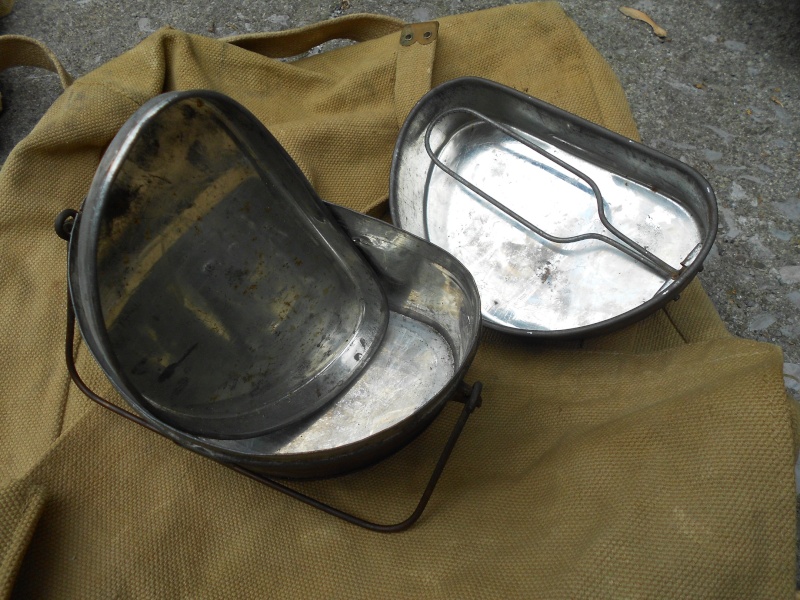 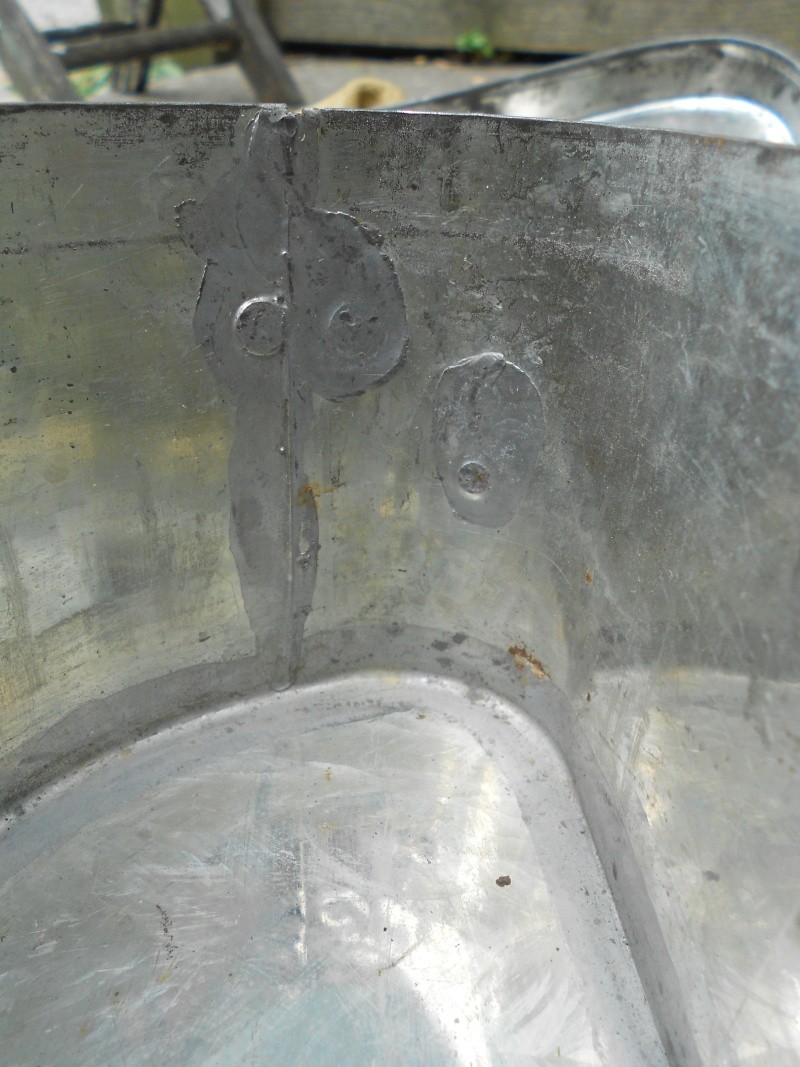 are these surplus stampings?, found another c broad arrow on the lip of the tin inside 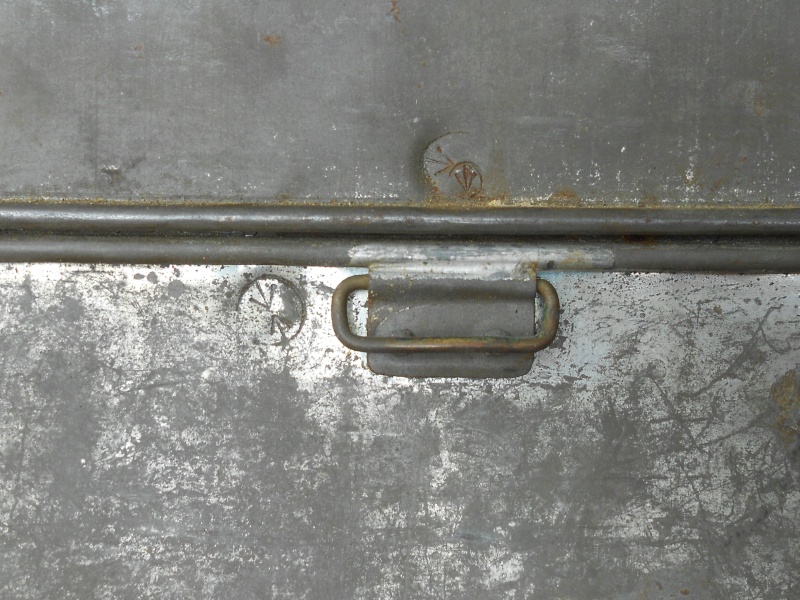 You did well as it still has the interior pan. The double 'C Broad Arrow' is a disposal stamp.
Jonhno

thanks Ed, a friend mentioned he had seen a Ross, Quebec made tin, do you know if there were other makers
edstorey

Besides the Messtins, there are also canvas covers for each type and these were also manufactured in Canada.
Jonhno

thanks for the info, will have to keep an eye open for the carrier
edstorey

Here is an image of an example of the mounted pattern messtins.

thanks Ed, would that strap fit the version I posted if the cover was not used? was there a web version
Infanteer

Lots of info on the web... check out this website http://www.karkeeweb.com/patterns/1908/1908_associated_tinnies.html
Jonhno

thanks for the link, that is a good site, they helped me with some other web I coudln't find
had time for a little photo shoot, the wbottle and rum jug are ww2 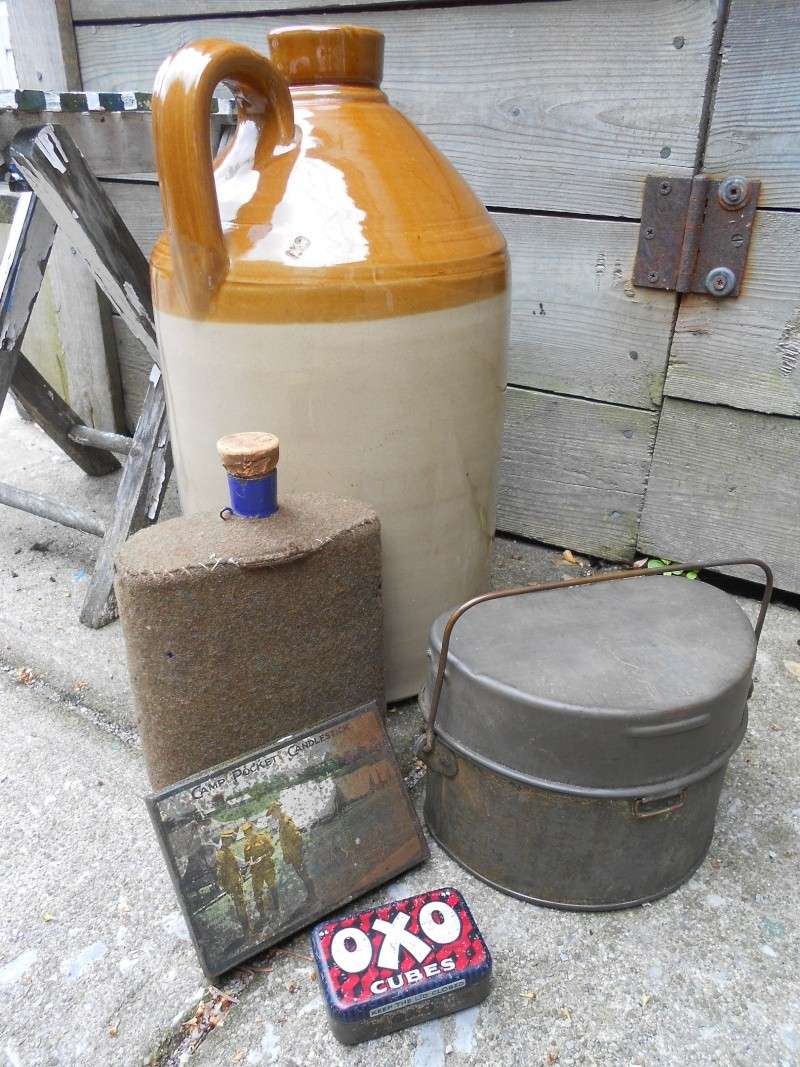 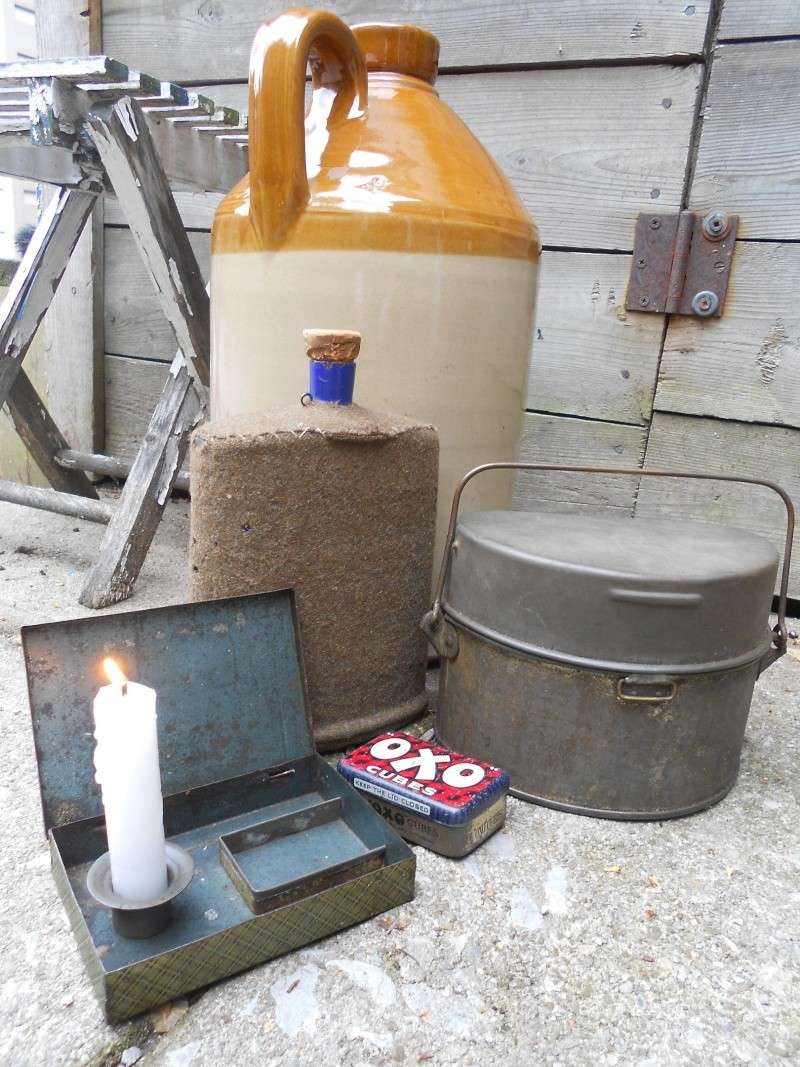 I think you'll find that the two studs on the lid are actually there for attaching the handle in the lid and not necessarily intended to keep the handle on the body from falling over.
Jonhno

Infanteer wrote:I think you'll find that the two studs on the lid are actually there for attaching the handle in the lid and not necessarily intended to keep the handle on the body from falling over.

yeah agree with you, looking at it the handle is bent to one side so its a coincidence that its holding