I thought I'd share my latest addition.   A 1943 dated British made No2 Flame thrower (also known as the Ackpack and lifebuoy).   These saw limited use throughout NW Europe from D Day onwards by British and Canadian troops.

My example is complete in all regards.  The webbing is all 1943 dated as well. 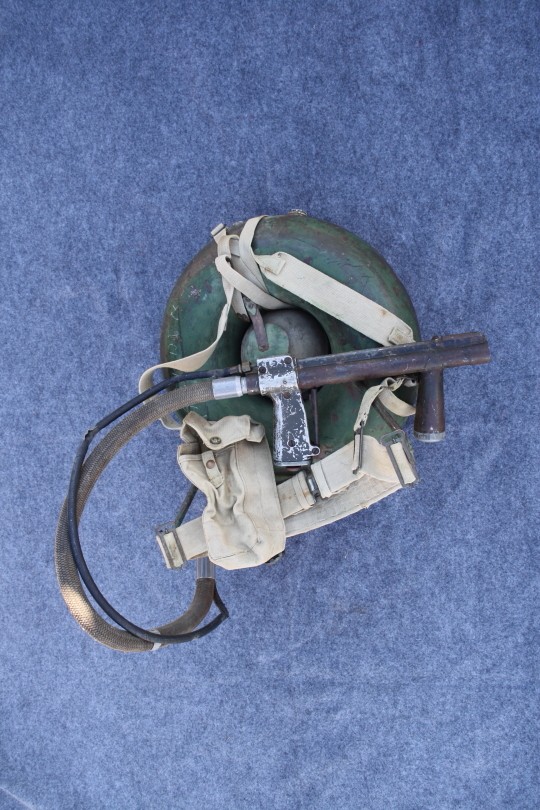 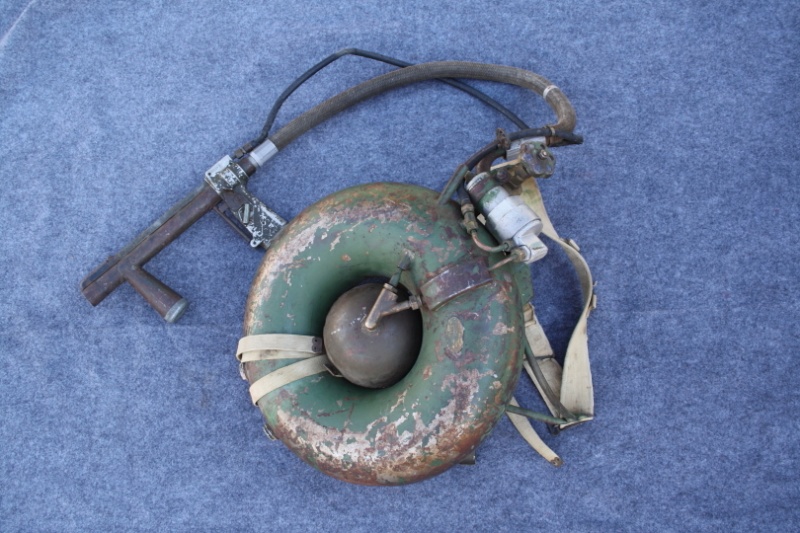 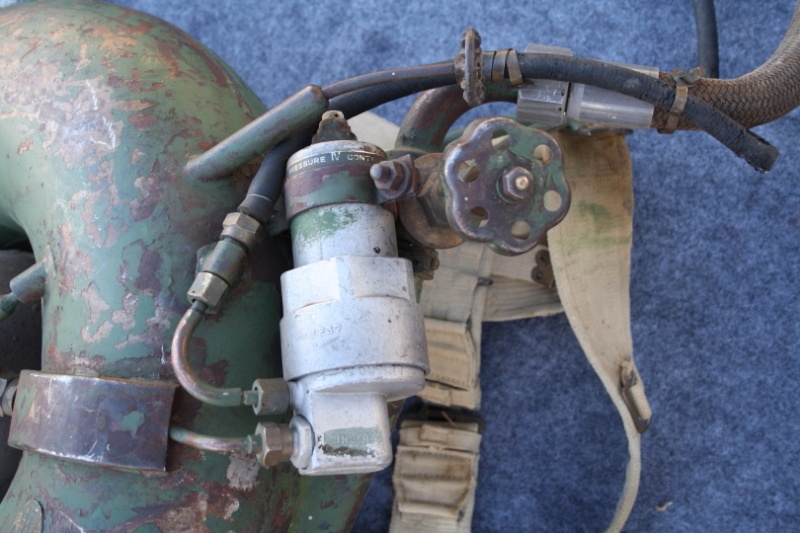 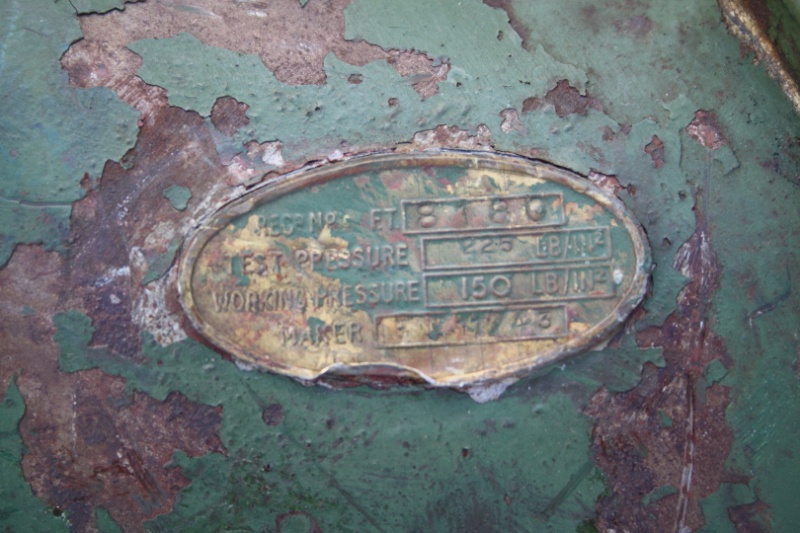 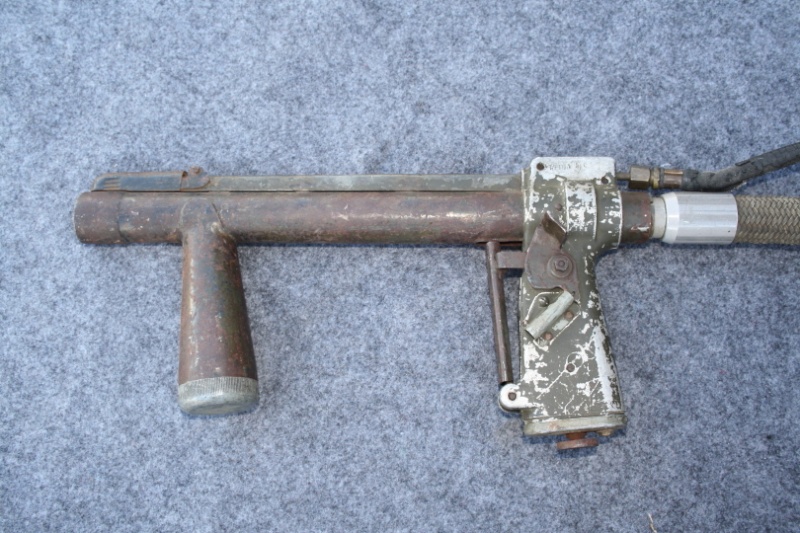 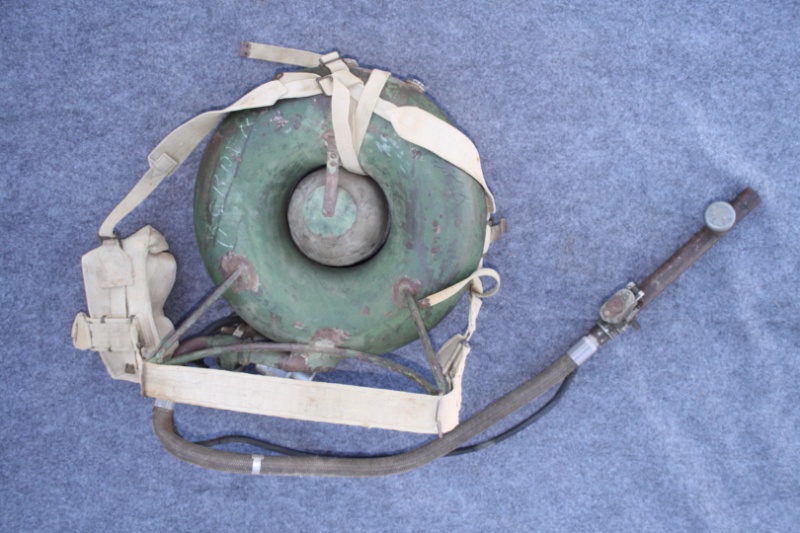 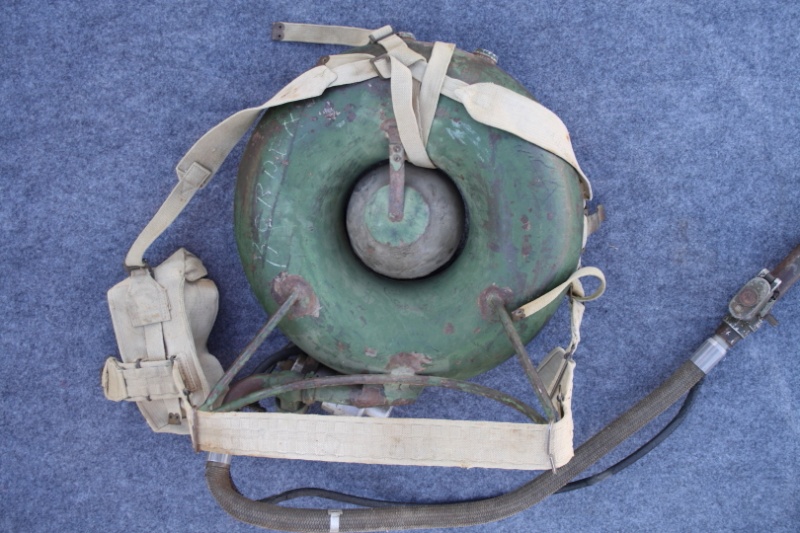 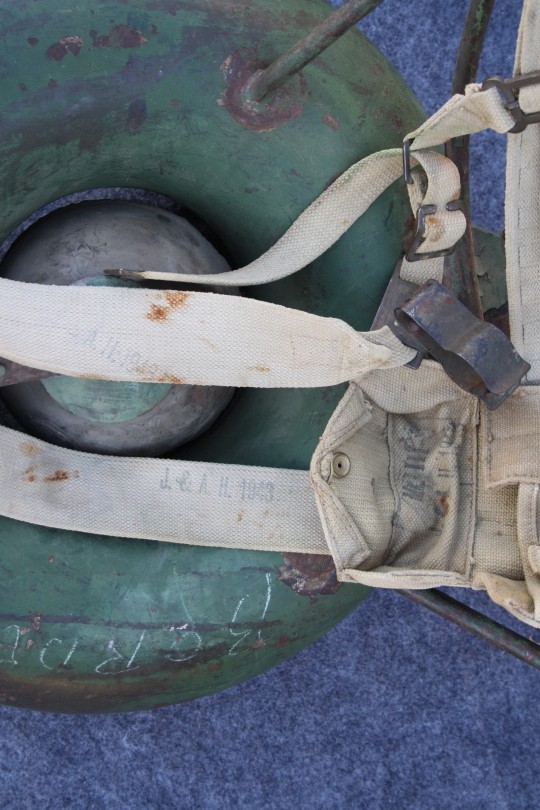 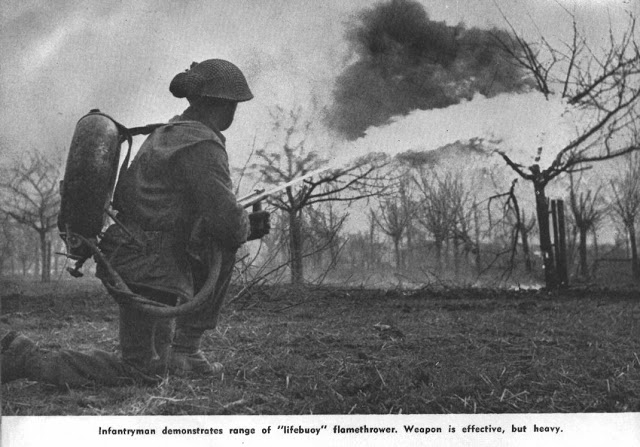 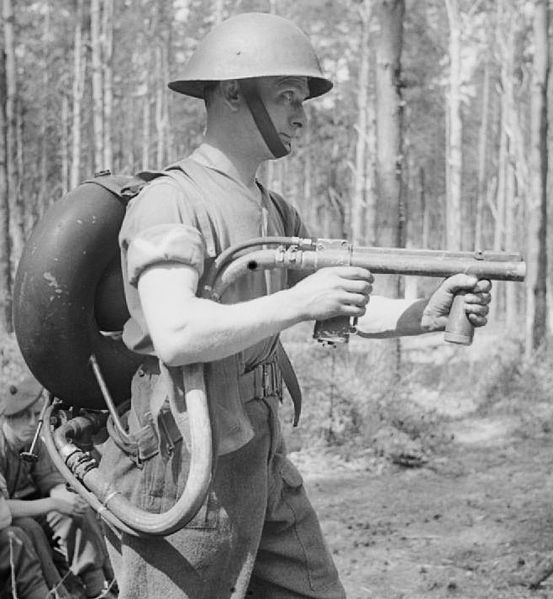 That was a good deal Geoff.... congratulations on the great acquisition.
GCR817

I've been wanting one of these for many years now so was delighted to finally get one. Eventually it will end up on a mannequin with my engineers display. Now I need to find a No4 (Polish) mine detector.

Funny I have not seen this post until now. The last thing I would want is have this contraption strapped to my back. Working pressure of 150 psi, tested at 225? Dang, not a lot room for expansion.

Hi Geoff,
Very impressed with your AckPack.
I've been researching these for years for a modelling project and have found numerous photo's and even have a reprint of the War Department Technical Manual on the Ackpack, although it is for the later version with the cartridge ignition system. The Imperial War Museum has an example, but due to building work it has been put into storage and is unavailable for viewing until late 2015!
Despite all my information, I have no dimensions for the tanks or projector. Any dimensional information you could provide would be very much appreciated and end years of trying to get this basic information for my project. It would also allow other details to be scaled from photos and drawings. I will hopefully then be able to 3D print a 1/35th scale Ackpack!
If you like I could send you scans of the manual if you don't already have them.
Kind regards

A few more pictures showing some detail of the inner workings of the lifebuoy flamethrower.

The crude screen affixed to the fuel shut off valve would have been a diffuser to break up the jellied fuel.

I'm thinking that the glow coil used a platinum filament, PT is inert whereas tungsten is not as when used in light bulbs works inside a vacuum.

Looks like this listing ended early or was pulled by EBay. I was very curious to see what it would have sold for.
kozowy1967

Thanks for sharing images of your Ackpack Geoff I know it cost you dearly in a trade it is far to rare and historical of an item to not have shared with the collecting community.
I as well do not know how I missed this thread my hats off to you sir on a fine piece of militaria.

48th wrote:Looks like this listing ended early or was pulled by EBay. I was very curious to see what it would have sold for.

Ebay was fine with the listing, it was me who ended the auction early, selling to the 3rd offer.

For those curious where the Ackpack ( lifebuoy ) came from, it was retrieved from the scrap metal pile at one of the many landfill sites I visit looking for treasures.

Today I came home with a dozen computers which will be stripped of their gold bearing components.Then to top off the day, three catalytic converters.

I do not refine with acids, I ball mill everything any gold on the fingers ect. will abrade off, once everything is milled into powder I run this through a high speed centrifuge that I built to recover the precious metals concentrates - those I send out for refining.

If I find any more WWII stuff you guys will be the first to get a heads up.

I noticed that you too share an interest in these devices, which I have  been researching for years. Seeing your interest, I tried to join C M C in January, but nothing happened! I even joined Maple Leaf Up, to see if someone could pass a message to you. Nothing transpired, and then, out of the blue, I was accepted a week ago!

I was offered a brand new, unused Swiss Flamethrower, complete with cartridges, tools, spares and storage box some years ago. The owner was not interested in it, but strangely had the same name as the designer of the previous, wartime, Swiss device, but he had no knowledge of this!

Unfortunately, I was unable to import, but I brought the Handbook for the two Swiss flamethrowers, plus the artificers manual for the later model. This is a carbon copy of the Mauser designed German latest model, for which I have never seen instructions (I am not sure if they had time to prepare a manual this late in the war) The flare firing device is very, very ingenious, ejecting the cartridges from the muzzle, and using a tube magazine. There are many drawings showing the complete operational details of the projector, which I have seen nowhere else! U. S reports on this flammenwerfer never showed the mechanism, just saying how clever and complex it was, and thus would be unreliable. In fact, I believe it was perfectly reliable!

If you are interested, I can send you scans of the two manuals, plus also the full technical details of the French flamethrower of 1954 .(This was given a different name to conceal the fact that it was been used by the French Army! It is a little like the Ack pack, except the striker pin rotates in a circle!)

I can give you my contact in Switzerland, assuming that he has not moved, or has sold it, if of interest. I know an  Ukranian might have purchased it, if he had got over the difficulty of importing it!

Did Charliedown ever get in touch with you-he had a scan of the Ack Pack Technical handbook, which I was unable to get from the IWM, as they refused, at the time, to copy folded pages of drawings. I have tried contacting him to no avail, so I wondered if he had sent a copy to you?
I have tried PM to both you and Charlie4down, to no avail-i am not sure if I am using the system correctly!

Hi, I've been unable to login and post anything but , obviously have now got it sorted. Have tried attaching scans of information I have on AckPack . Scanned them on highest resolution, but don't have a image hosting account. Can someone contact me by email and I will send you images to post for me.

Could anyone provide dimensions of AckPack, height of containers, diameter of containers, length of projector, etc. I'm trying to get information together to 3D print a miniature. Many thanks.
Sponsored content