Yes, there are many reproduction/copy Canadian cap badges on the market. Too many to list and describe here. I would reccomend you check the British and Commonwealth Military Badge Forum. There is lots of information about good and bad badges there.
To help you out, there are some repros of the NNSH on the market. Beware of any brass ones, they were never made in brass. No matter what the vendor says.
Cameraguy

Thank you sir! Fortunately,I've been lucky to get the good ones,and my collecting of them is done now. Glad to have you informative fellows here! :)
tremblay07 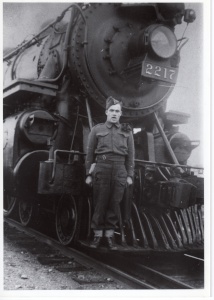 I was wondering do even collar badges have makers marks?
Bill

Maker marks are a study in themselves. Several years ago, in corresponding with Scully's, I was told that the maker mark is an additional step in the badge making process. Therefore, not all badges were marked, but only some as a run was done. Some collars have marks.
An additional note as related by Scully's. The use of the maker stamp/die is not a date marker. They were used as taken off the shelf. Obviously, the name changed and the maker die reflected the change, but only so far as the time the die was introduced. So, for example, it is possible that three different maker names/dies could be used in the same run.
tremblay07

Thanks for the info just making sure so far I have none with a makers mark hope I get one though.
Sponsored content