BRITISH MESS TIN DESIGNS
By the start of the Second World War, a number of different types of mess tins were in use by British and Empire troops around the world.


TIN, MESS, OLD PATTERN (front view)
The D-shaped mess tin was introduced around 1814, towards the end of the Napoleonic wars, and continued in service until about 1938. 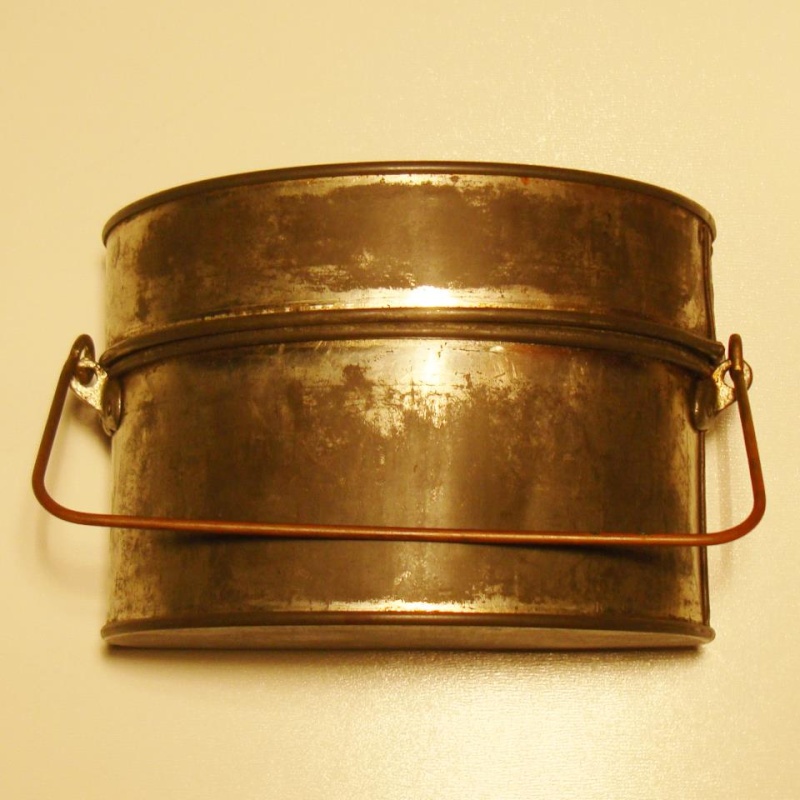 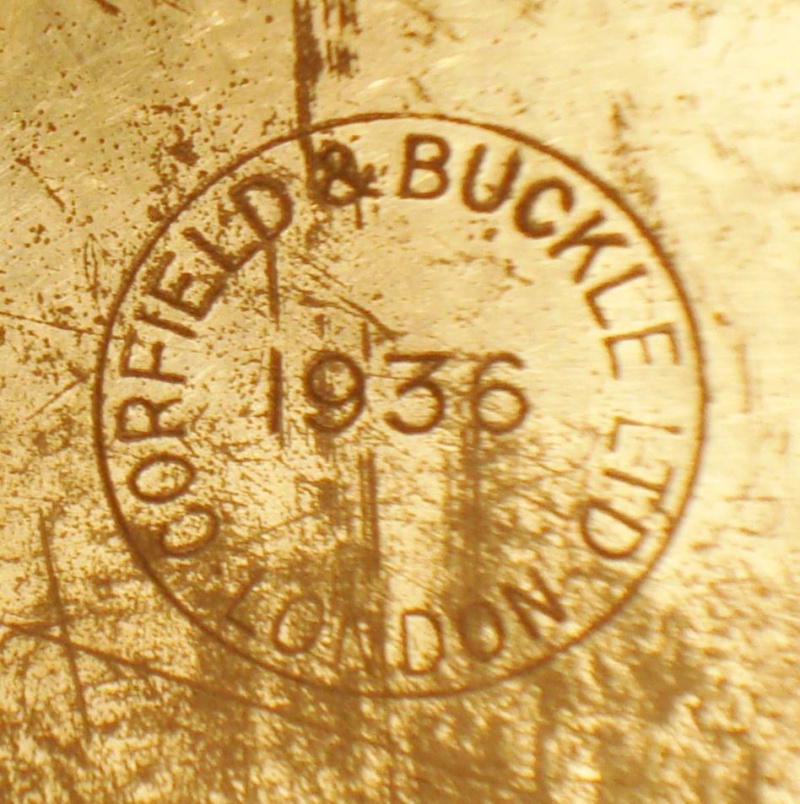 TIN, MESS, OLD PATTERN (inside)
By the Great War, the D-shaped mess tin (of tinplated steel) consisted of a body with square-shaped bail and a lid with a folding handle. 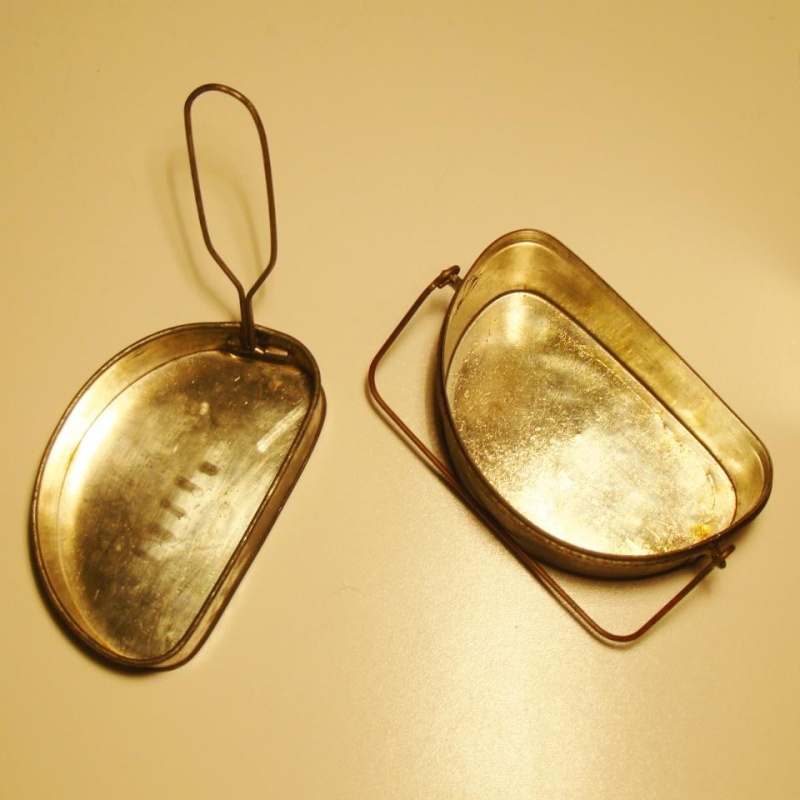 TIN, MESS, CAVALRY PATTERN (front view)
Introduced around 1870, the circular-shaped cavalry mess tin survived well into the early part of the Second World War as an issue item of the Royal Air Force. This pattern of tin featured two sets of metal brackets for a leather strap to pass through, for attachment to a saddle. 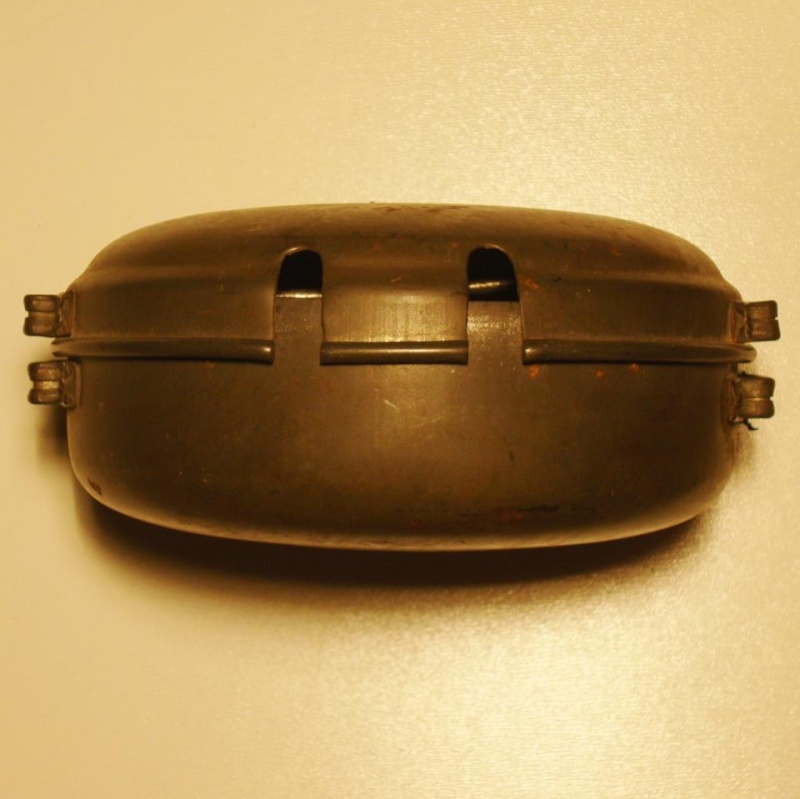 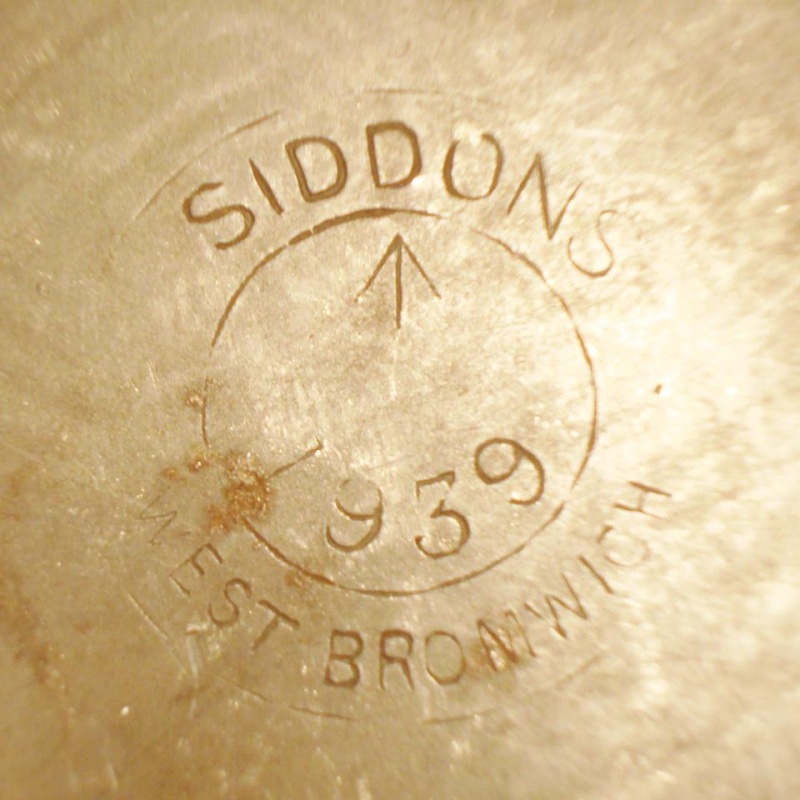 TIN, MESS, CAVALRY PATTERN (inside)
The cavalry mess tin consisted of a plate and a skillet with a folding handle, both made of tinplated steel. 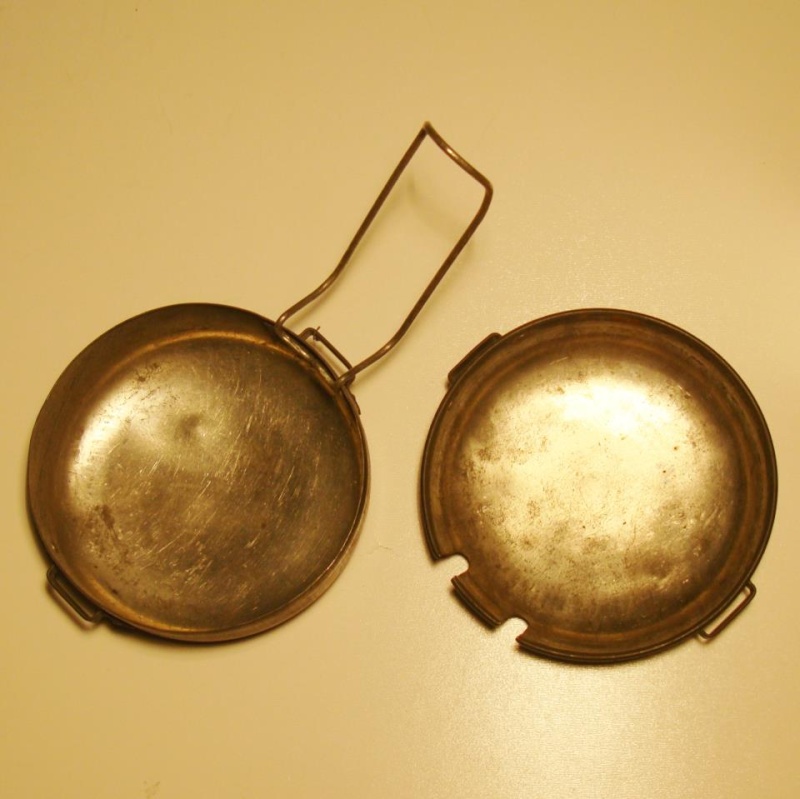 TIN, MESS, RECTANGULAR (top view)
Approved in 1938 for use with the new 1937 pattern web equipment set, this new design was made to fit specifically into a pocket of the small pack and was constructed of aluminum with steel handles. 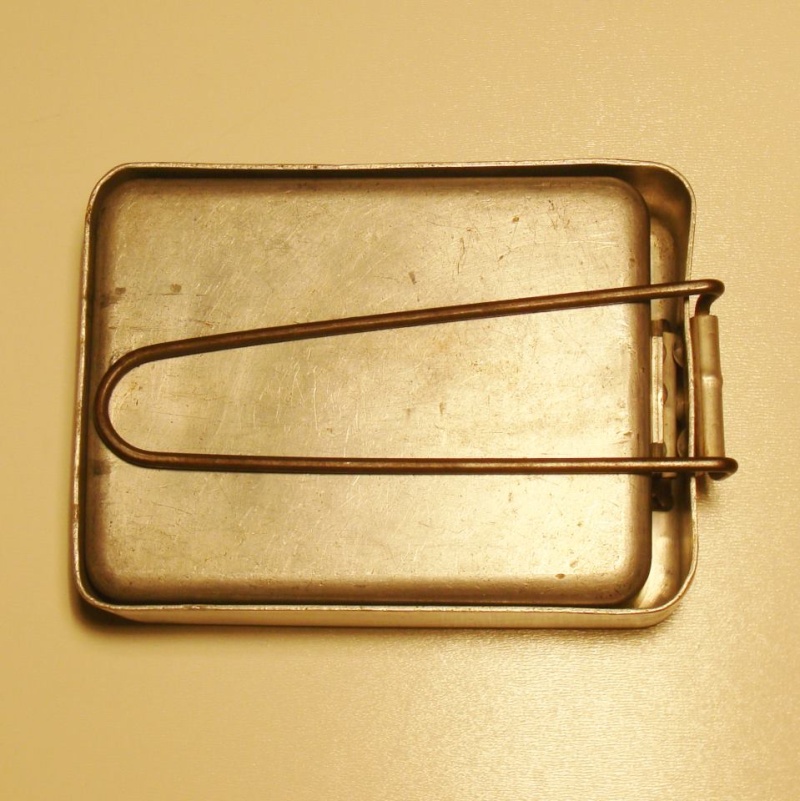 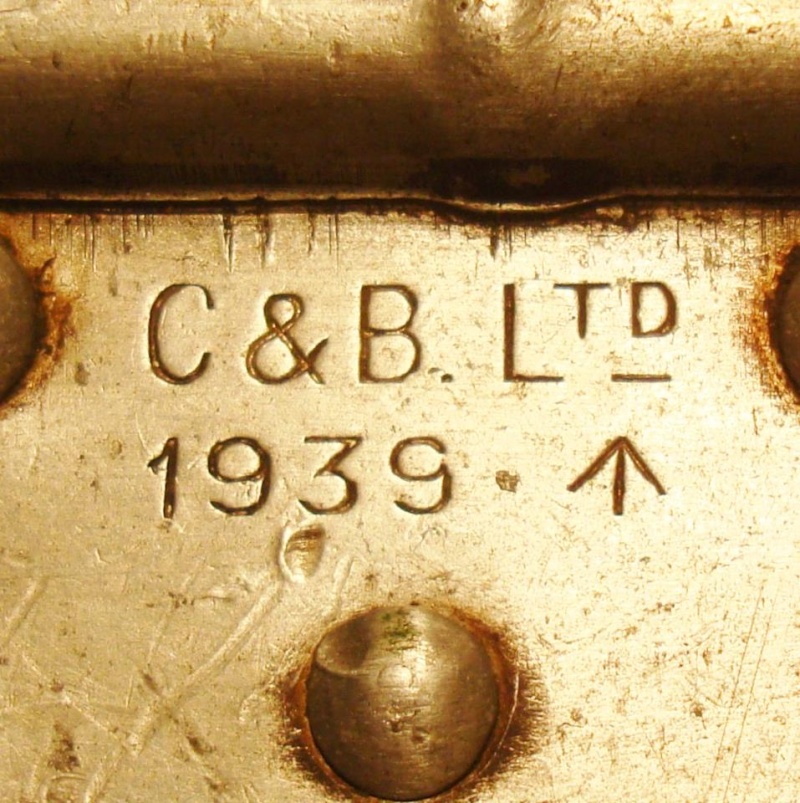 TIN, MESS, RECTANGULAR (inside)
The new pattern of mess tin consisted of an inner and outer body, both with folding handles. 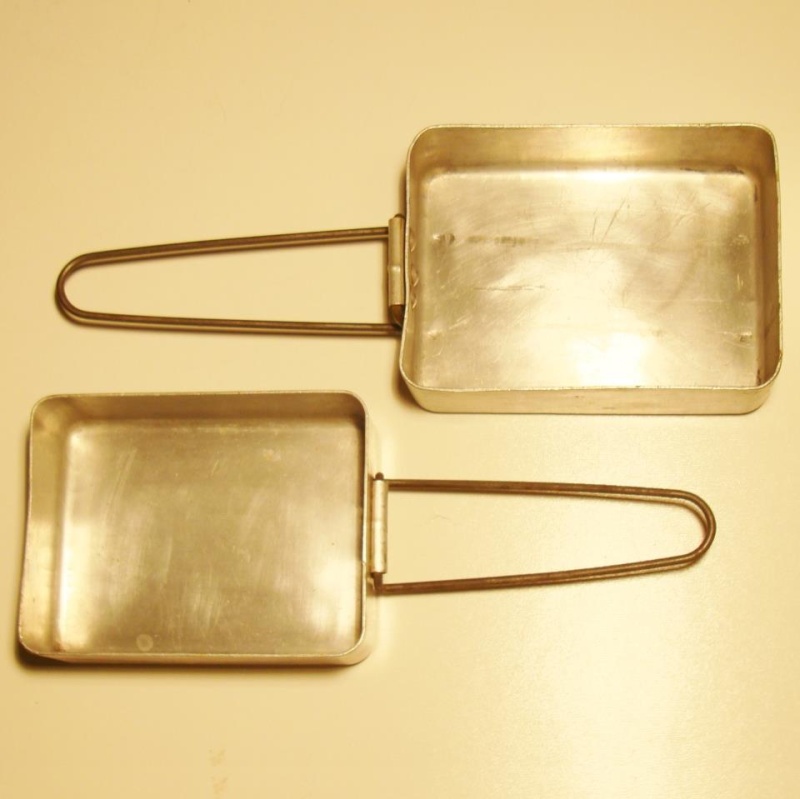 TIN, MESS, RECTANGULAR, MILD STEEL (top view)
Introduced in 1940, the steel mess tin quickly replaced the aluminum version which had been withdrawn due to a drive for aluminum salvage. 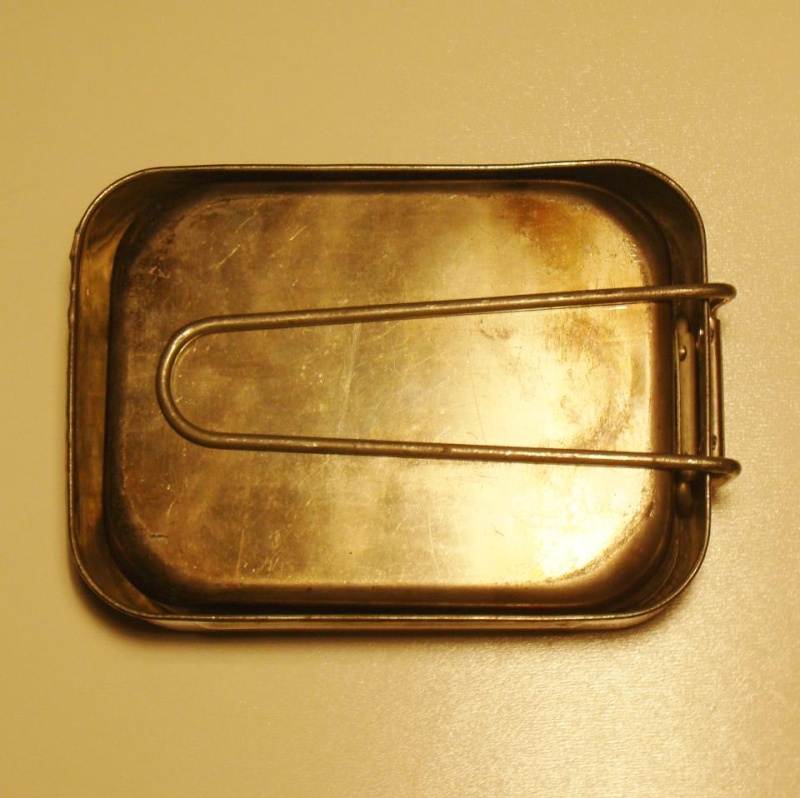 TIN, MESS, RECTANGULAR, MILD STEEL (maker mark)
This set of mess tins were made in 1941 by the Metal Box Company Limited. 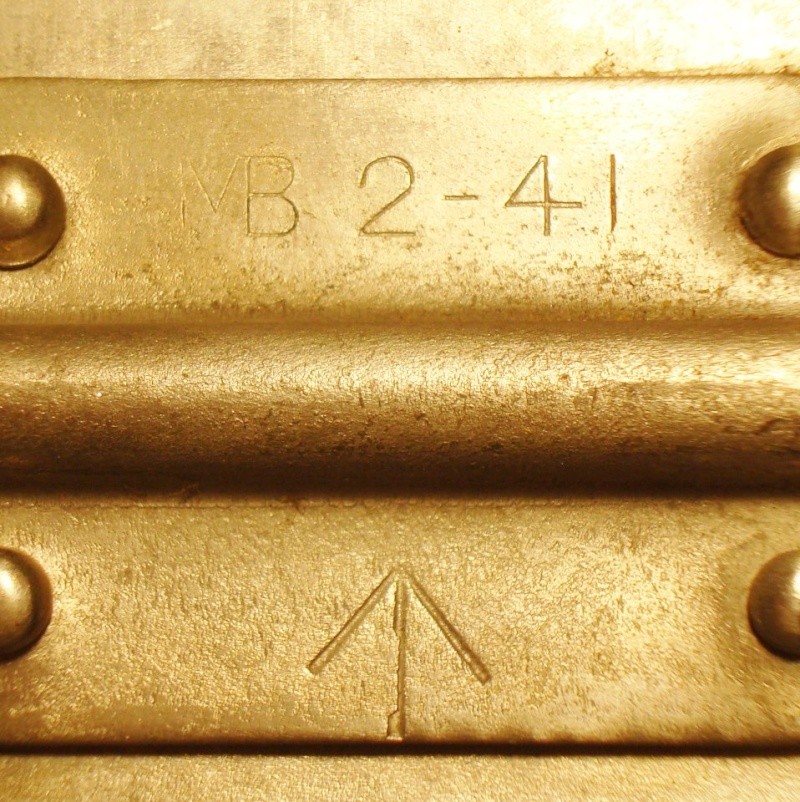 TIN, MESS, RECTANGULAR, MILD STEEL (inside)
Just like the aluminum version, the steel rectangular mess tin consisted of inner and outer bodies with folding handles. They were also tinned and featured pressed metal ribs on the sides. 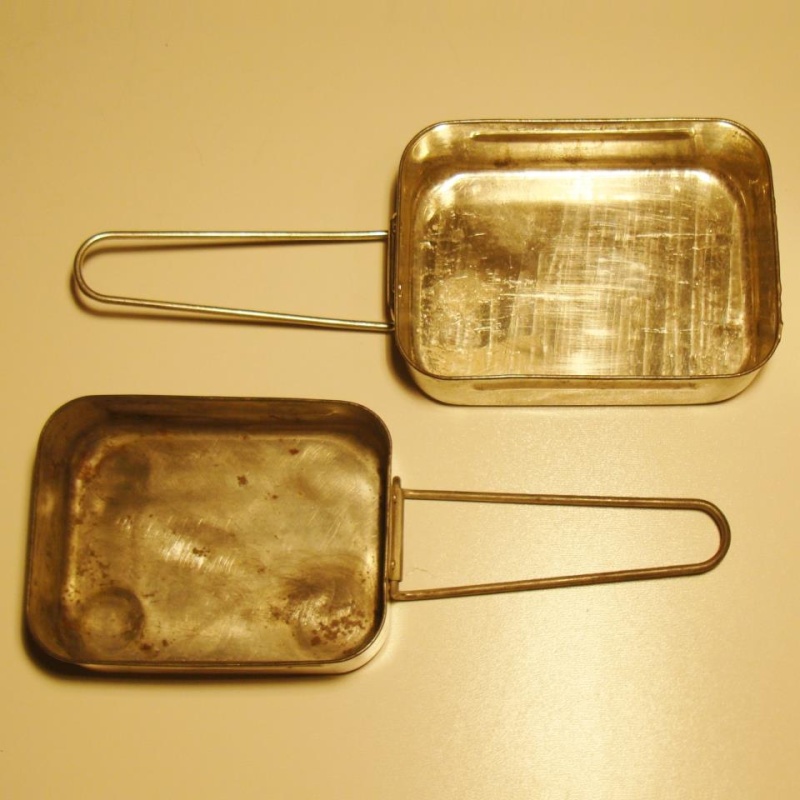 This example is Canadian and dates from 1913.

Thanks for the great picture Ed! That is a terrific view of the leather mess tin strap that accompanied the cavalry pattern.
edstorey

Here are a couple of more images.

Fantastic pictures as usual! Is that Canadian-marked mess tin cover specifically for the cavalry style or is it an envelope cover for the D shaped mess tin?
edstorey

Gorgeous...absolutely gorgeous naval cover Ed! I bought a reproduction of one to finish off a set of 1919 pattern navy webbing a while back...

It's a very nice facsimile, but your original is amazing!
Sponsored content