Hello all, This is my first post and just wanted to show my Paratrooper helmet.
It has a name under the sweatband and I was wondering if researching it would be possible?
the name appears to be a French name...Jay or Ray  Duchesne..
Its clearly a Canadian made helmet but I know the Brits used Canadian gear
so It would probably be impossible to find out if It's a British soldier etc..
Is there a list somewhere of all the 1st Canadian parachute soldiers...
Thanks 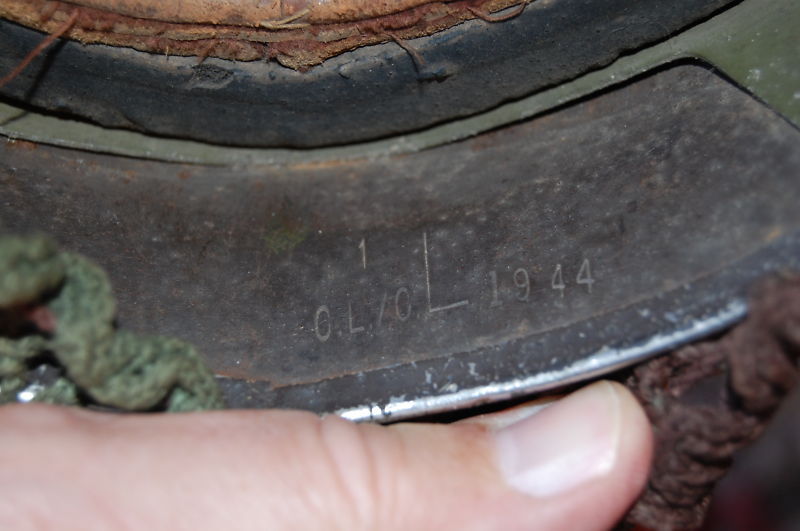 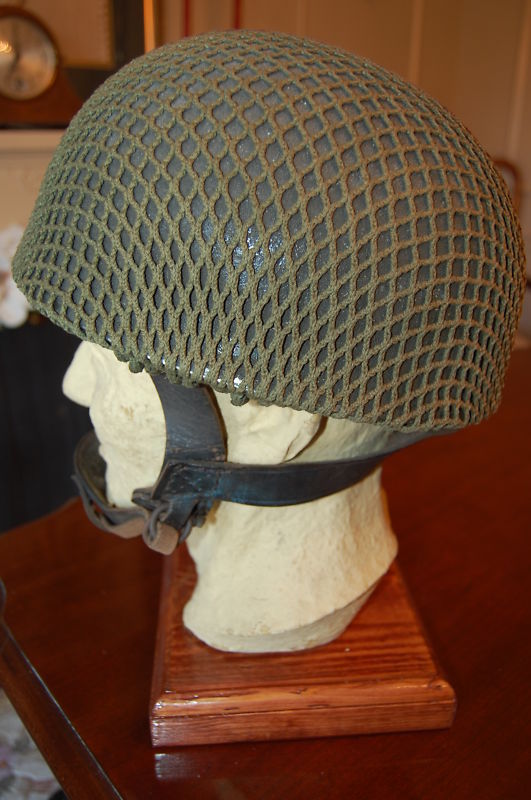 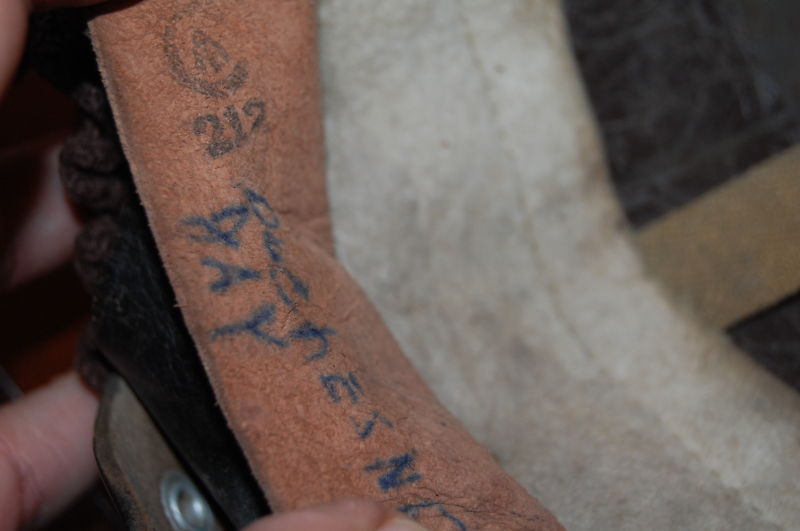 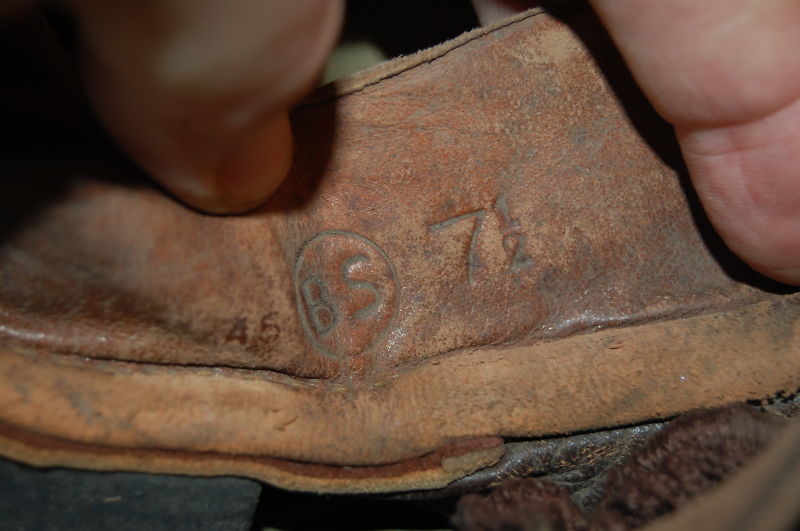 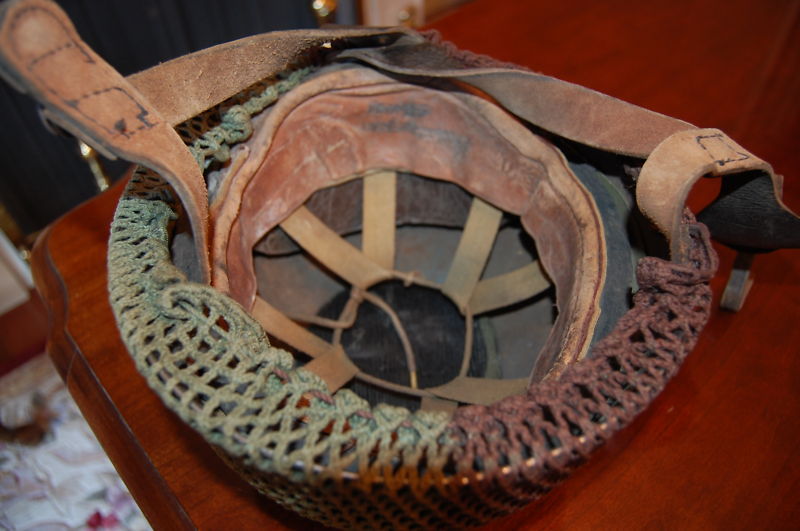 Oh boy,I hope you didn't pay paratrooperhelmet money for it

Because this looks like a converted Canadian motorcycle helmet,to me not good at all.
ypres

I agree. Looks to be postwar modified.

Thanks for the input.
I'm mainly a WW2 German militaria collector and this was an ebay buy from about 5 years ago, It was under $500 so It's
not a catastrophe...I compared it to my other Para helmet and my dispatch riders helmet I just purchased and now I see!
Man, you can never let your guard down with this hobby!
I found a photo of a similar helmet to mine, and it appears the leather around the nape has been cut off and then the paratrooper
leather type 2 chin strap rig is installed back to front etc..
Photo 1 is my dispatch helmet, photo 2 is a helmet "modified" like mine in my original post, photo 3 is my British Para helmet(WW2 I hope) 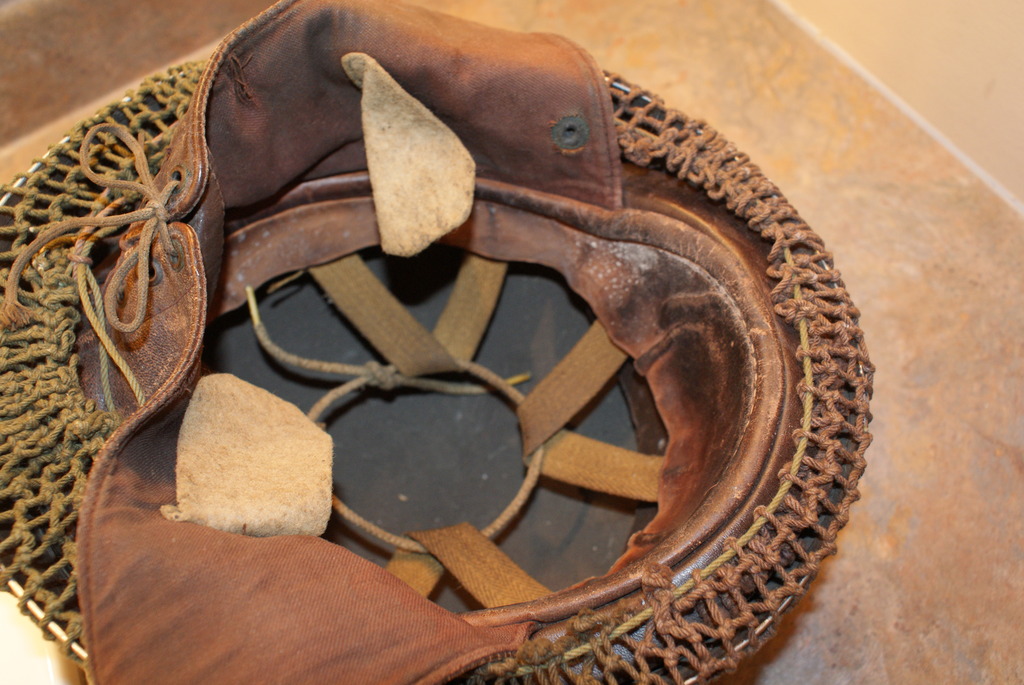 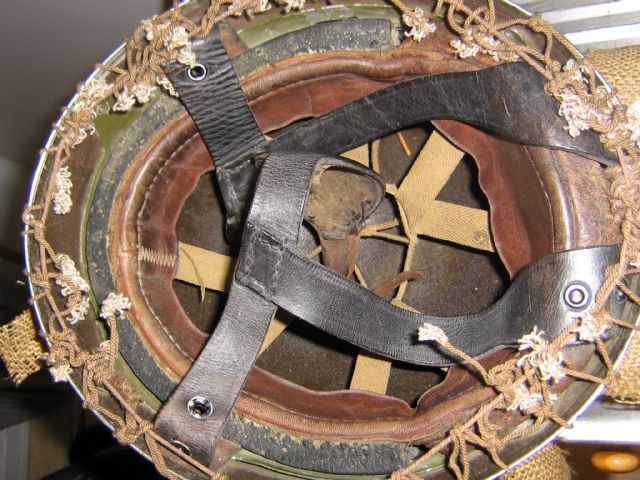 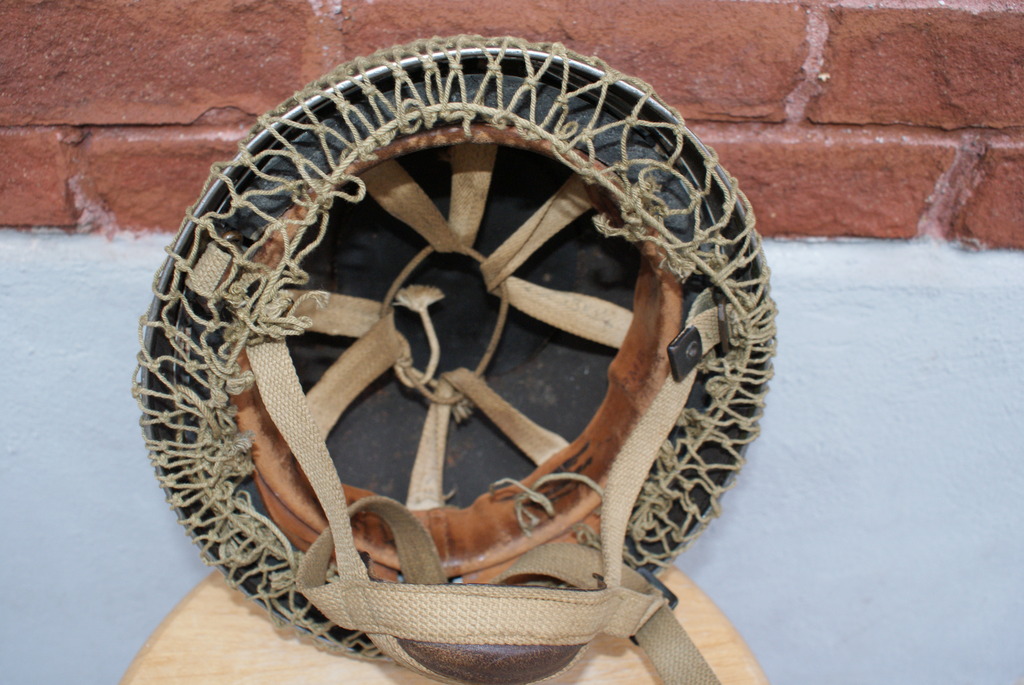 The DR modified is a "Para" helmet but not used WWII.  Apparently used by the RCR and R22R in the late 40's and early 50's. Does the other helmet have some markings in it ?

Here is another photo and a close up of the sweat band markings, I can't see anything on the shell and don't want to take it apart. 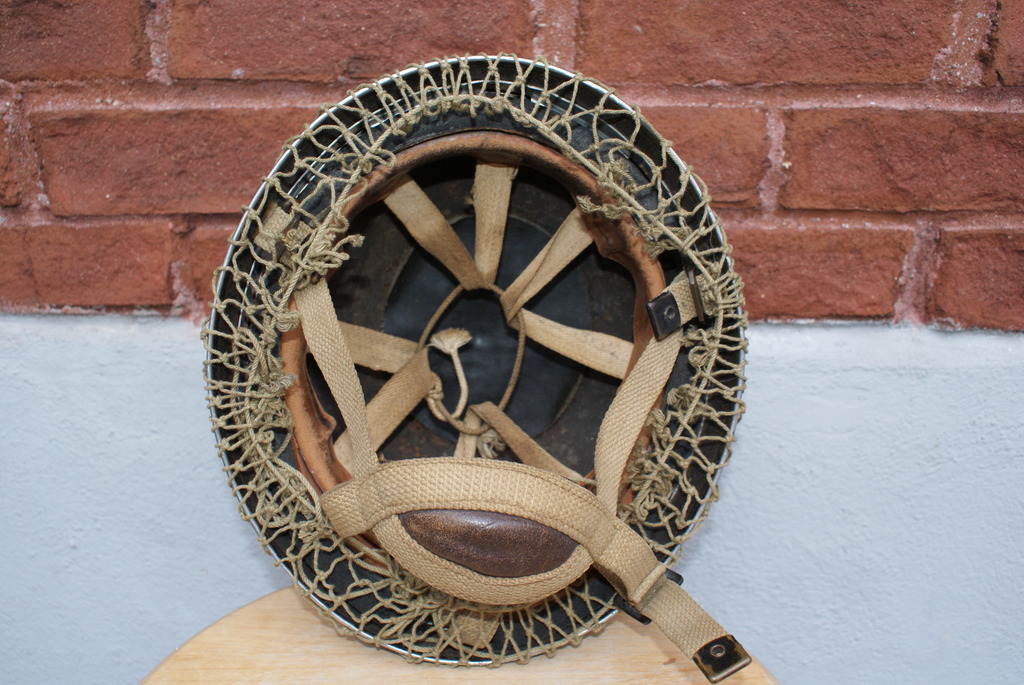 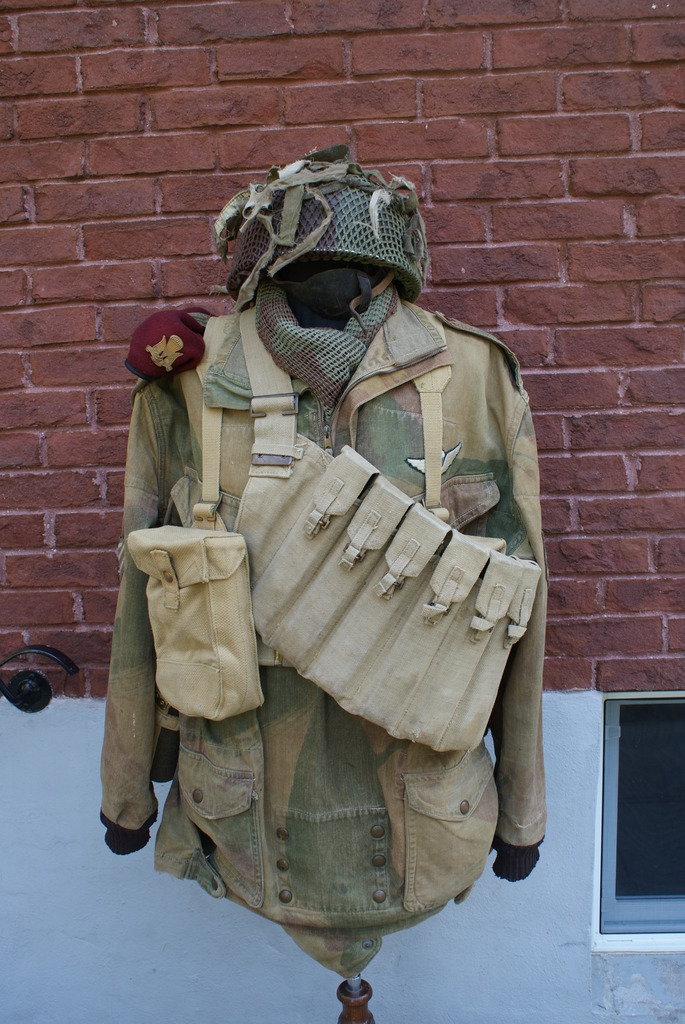 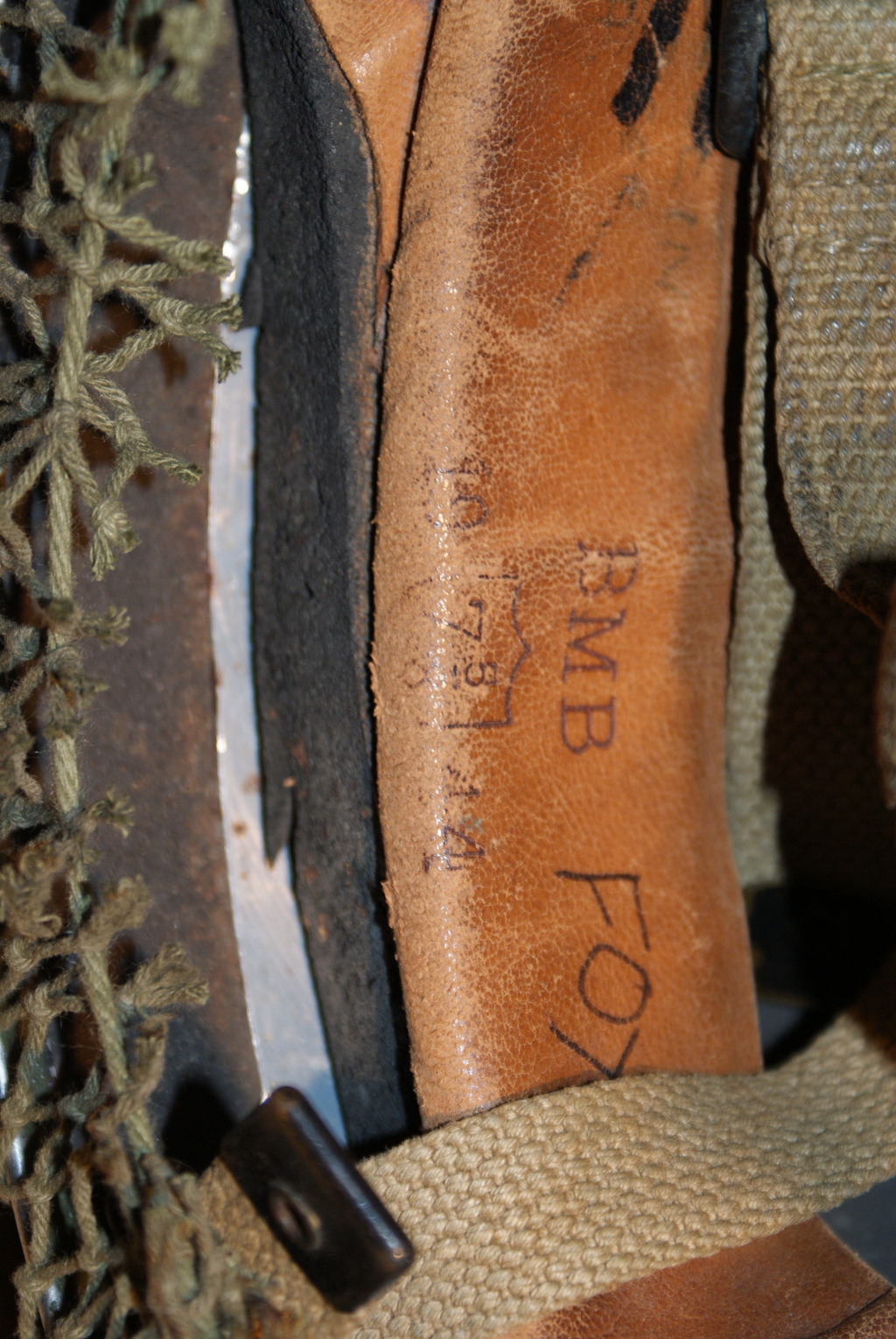 I don't think the Canadian Lamp Company (CLC) ever made para helmets, can someone confirm this?
edstorey

No need to rehash what was all published years ago back in 1997, the small sum of $29.95 will answer any questions you may have on Canadian helmets.

If you don't want to buy the book, then run down to your local library and request an inter-library loan, that works too.

This is from a 2014 Legion Magazine photo-shoot.

Thanks for that link Mr. Storey. Nice uniform groupings!
I see that's all from your collection!
What item or item's was the hardest to find from these two uniform sets.
Have you had the high top invasion boots for many years?
This is the way I collected the German stuff, a complete uniform from head to toe!
Take at look at these Battle dress trousers; Is this more post war fantasy or
period modification do you think? 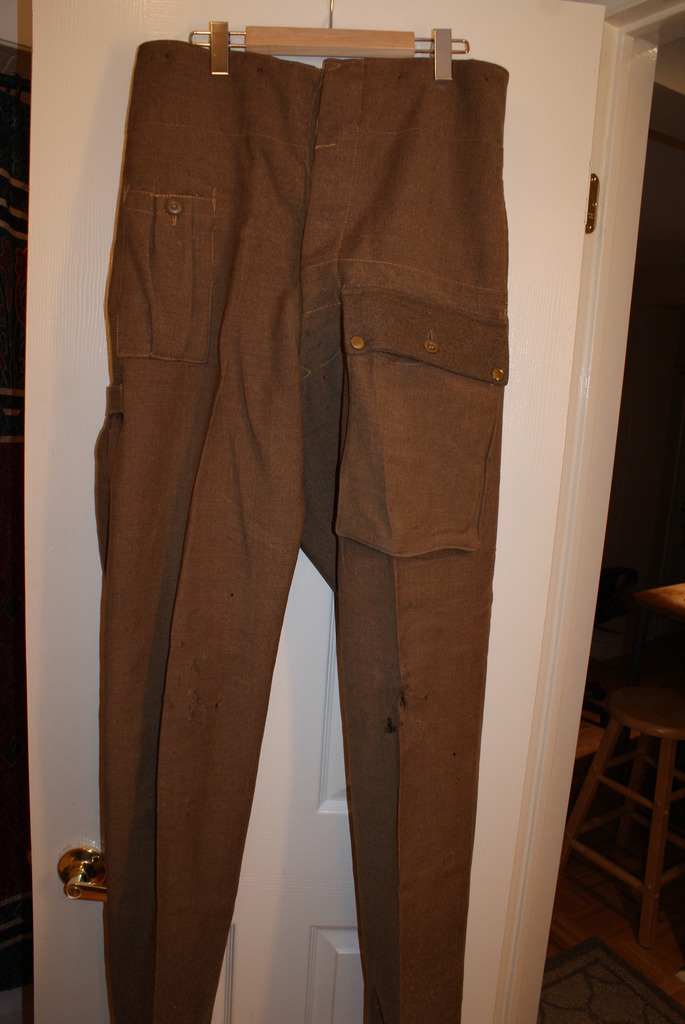 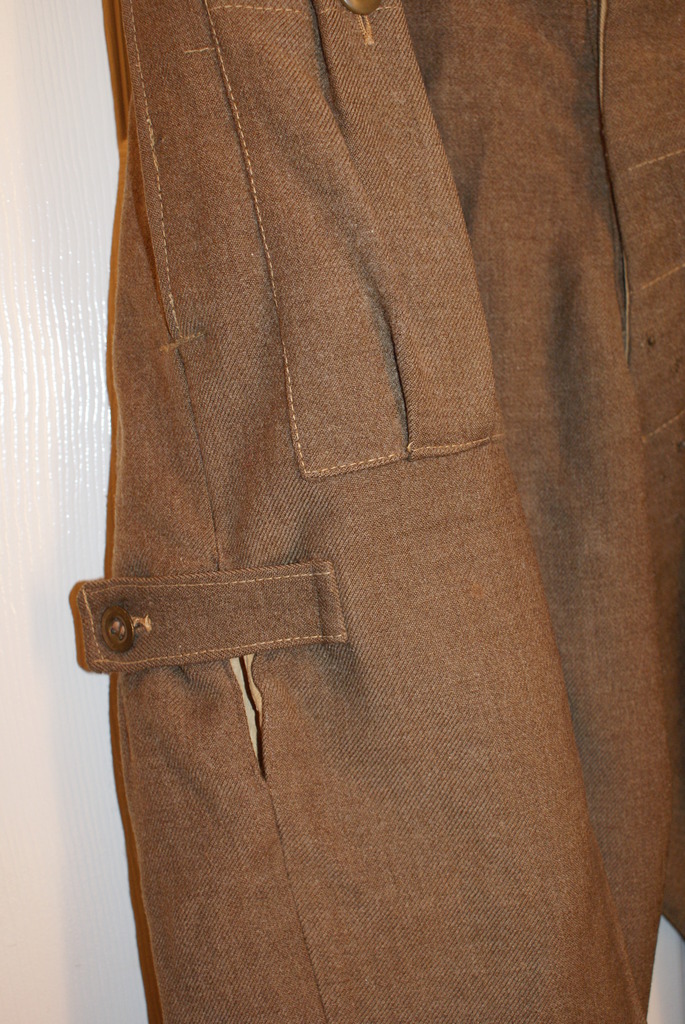 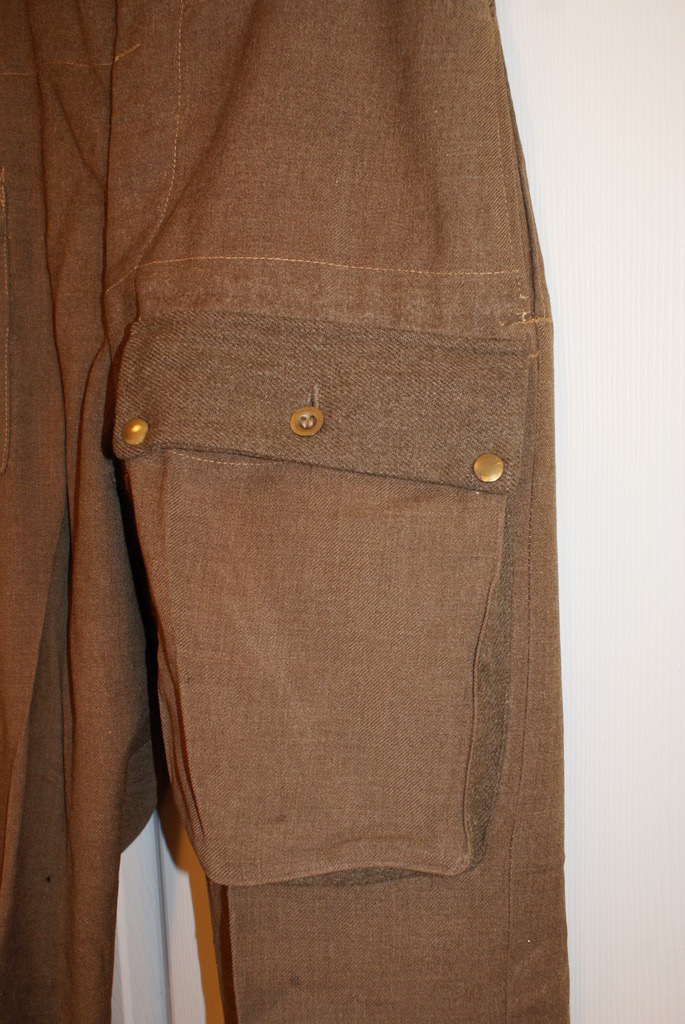 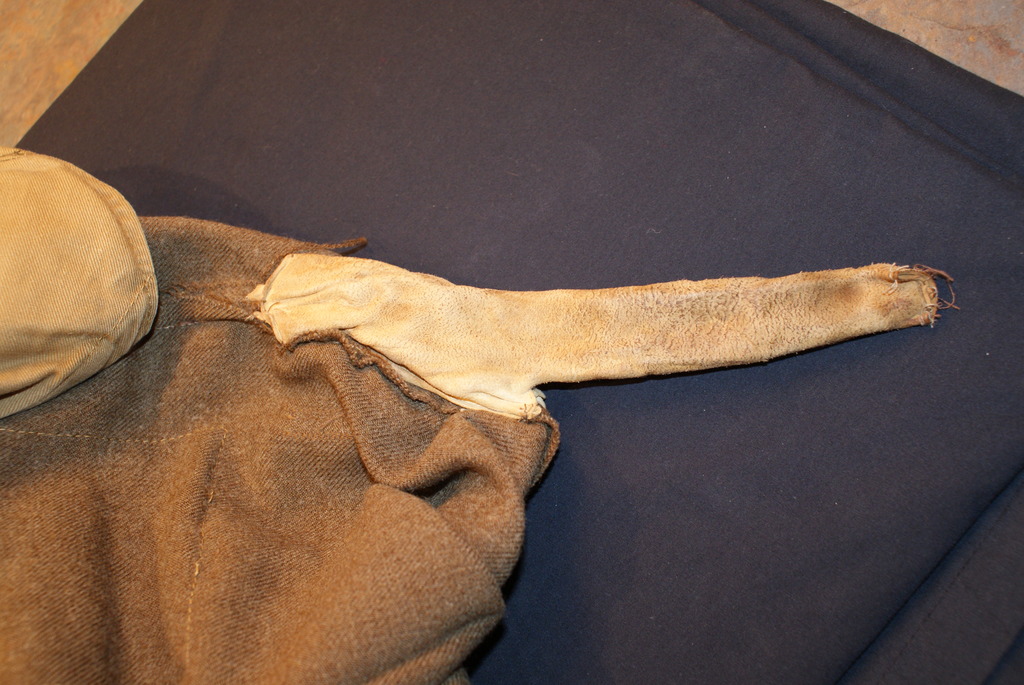 The uniforms used in those two photo-shoots are part of a sub-collection of wearable uniforms that I badged up in the early 1980s.   For example original WWII BD Blouses were $14.00, Canadian Leather Jerkins were $35.00 and that Denison was $50.00.   I bought a lot of the BD and separated some for the collection of unissued kit while others were badged up with repro insignia or very cheap starch-backs that could be bought in the UK for $2.00 a piece.   That particular Denison has a faded out label.   The webbing is a mix of Canadian and British with some of the pieces post-WWII dated, in this case they all have brass fitting.   These uniforms were great for tromping around Europe at a time when WWII items were plentiful and cheap; thankfully I never wore anything out, a very good friend of mine destroyed a nice pair of WWII British Ammo boots by wading in the channel with them; and since I am now too old to accurately represent a WWII soldier I press-gang my son (who doesn't collect this type of junk) into wearing them when I need a suitable model.

Back in the 1970s and early 1980s finding out what any of this stuff was, how it was worn and where to find it was extremely challenging; for this trip to Normandy in 1984 I was using a Mk V Helmet, although once in the UK there was a good selection of wartime Mk IIIs for sale as the British Army had just released its stocks of stored helmets onto the surplus market.

The High-Top boots in the Legion shoot are the same ones I fabricated from a pair of Canadian Mk III Combat boots to wear to Normandy back in 1984, at the time I had access to an original pair in the CHofO Museum in Ottawa to use as reference.

I now have a couple of pairs of originals in size 8, so they are too small to wear as they would have been nice to use in the photo-shoot.

The exotic stuff is always hard to find, but 30 years ago it was not nearly as expensive or reproduced as they are now.   I won't comment on the Airborne BD Trousers as they are one of the most faked items and they sell for vast sums of crazy money and to be frank, there appears to be several types manufactured, but I don't have any primary source documentation on them.

Some of my fabricated kit has been used for events in Ottawa, this one at Dow's Lake for the Liberation of the Netherlands event some 10 years ago (I am the photographer).

This is me in the Tank Suit.

As I mentioned before, I now use my son if I need a model.

This was me striking a 'war-like pose' in The Former Yugoslavia some 22 years ago.