It is pretty much impossible to find a willys with a solid front floor..not just here in Canada but anywhere..I had noticed that even in places like Arizona they all seemed to be missing floors to rot..As it turns out this is because of the way the exhaust is routed..they run it between the transmission cross member and the body..Exhaust fumes give off sulfuric acid which will eat a floor within a decade or so,depending on how much its used..that being said one can expect to have to do this if one wants to keep original instead of aftermarket..I suspected this was going to be a process and i had reserved an entire weekend to deal with it,to my surprise i was done by mid afternoon on a saturday..Its actually quite easy to do..tools that are needed are as follows:an angle grinder,a cutoff wheel,a 6 pack of premium ale and a bit of patience. 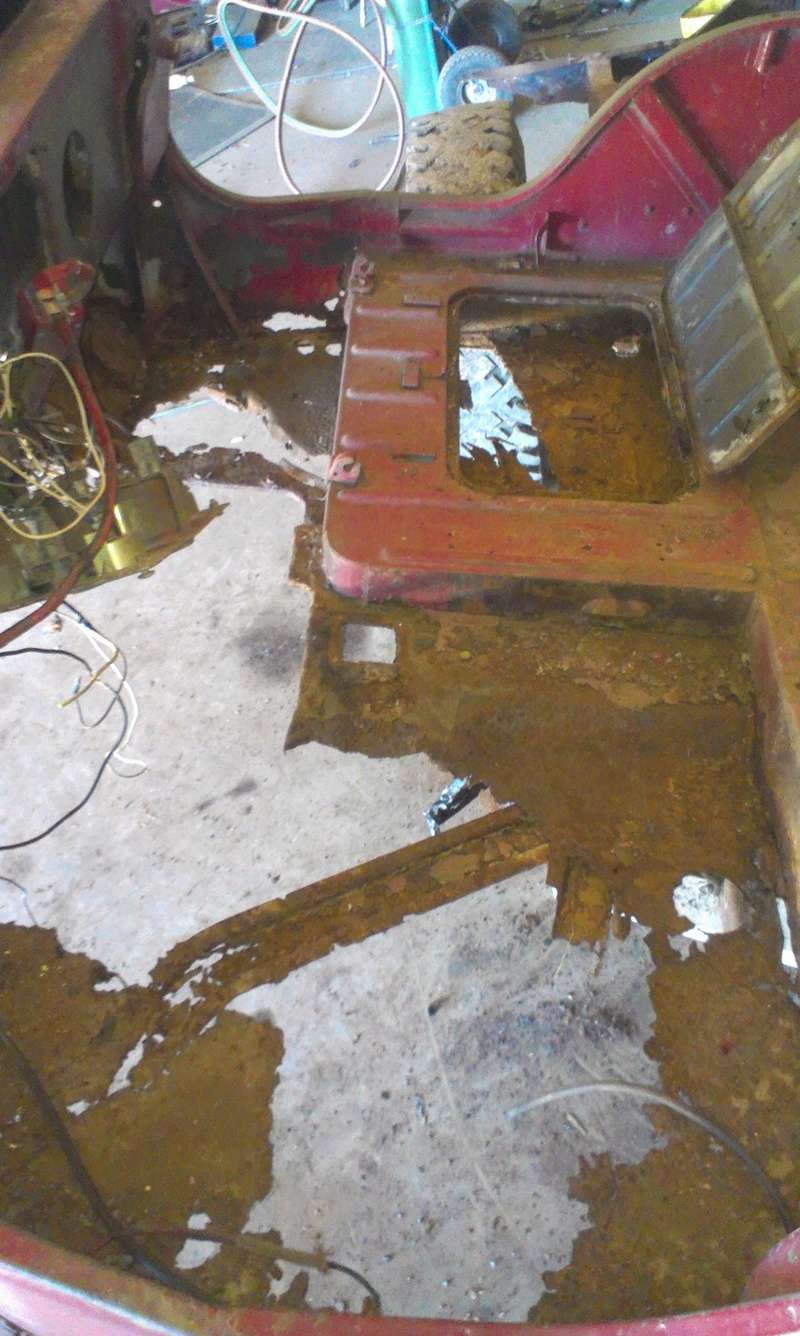 typical floor..this view is looking at whats left of 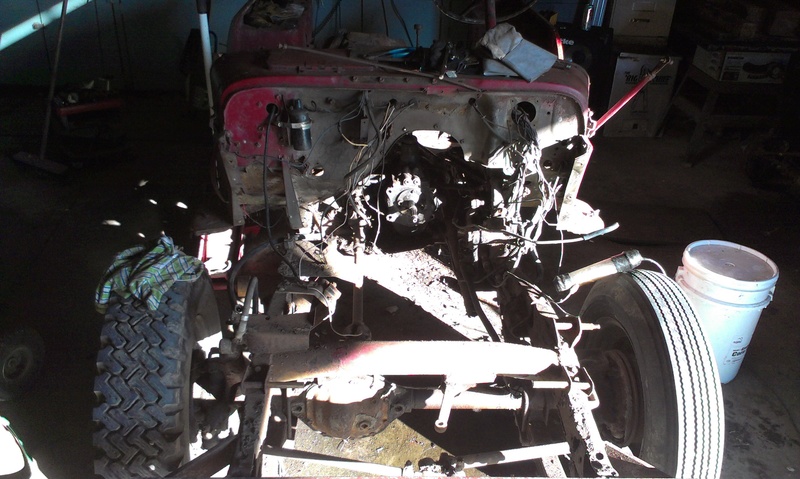 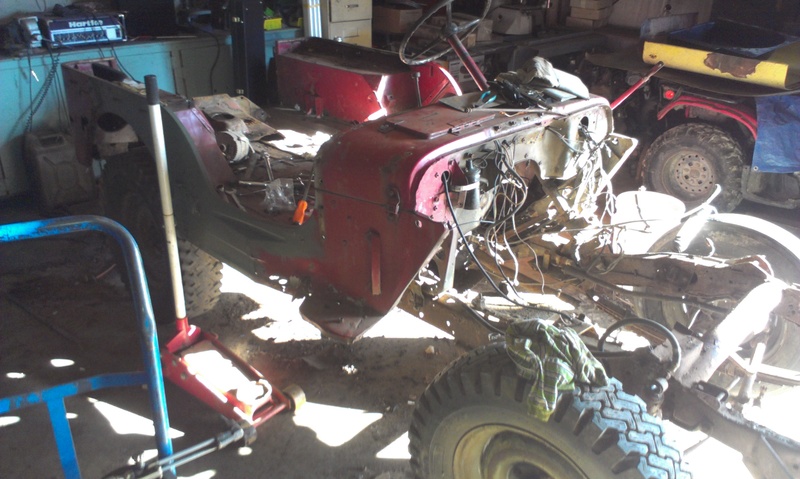 the floor from the drivers side,yes that is concrete that you are seeing!..I opted to remove the driveline for rebuild and then i removed the actual body tub to make things easier..you can see that the firewall itself had been cut into in several places likely to run extra options over the years..many spot welds to drill out but i found it easier to remove as much of the floor and firewall as i could before i drilled out any spot welds...from there i was lucky enough to find an original front floor/firewall section that had never been installed..once all the old sheet metal was removed it actually fit like a glove. 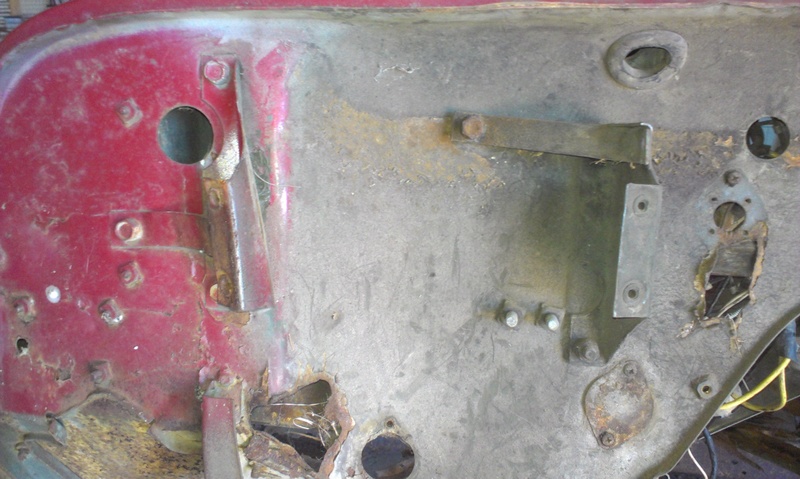 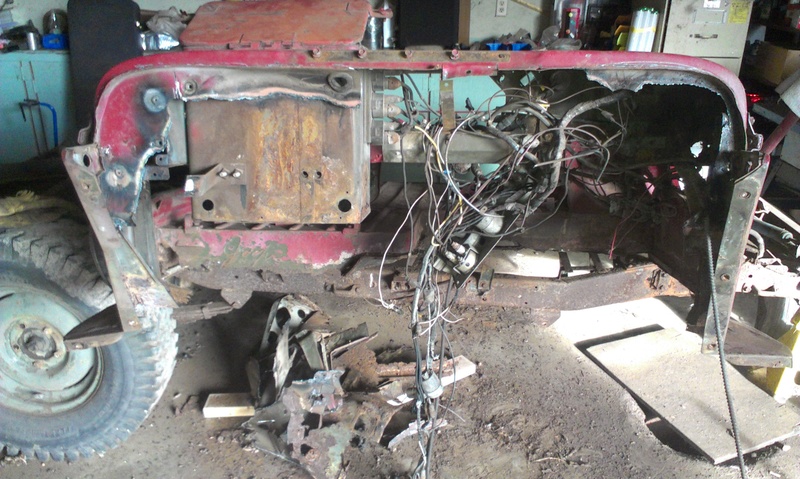 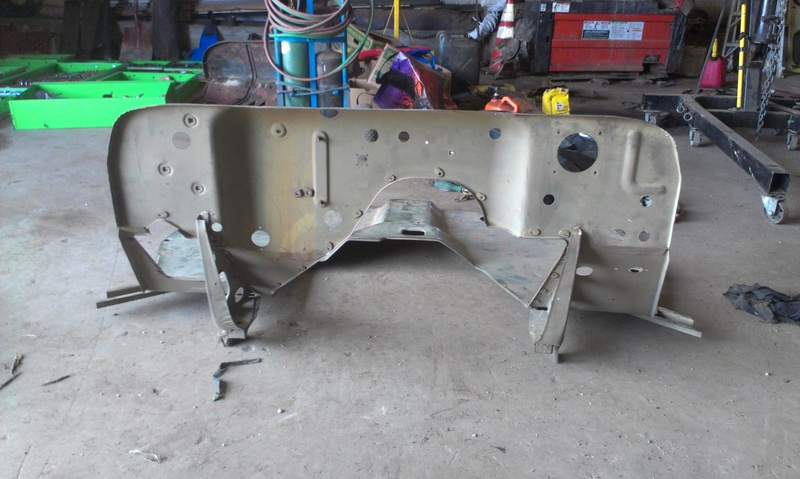 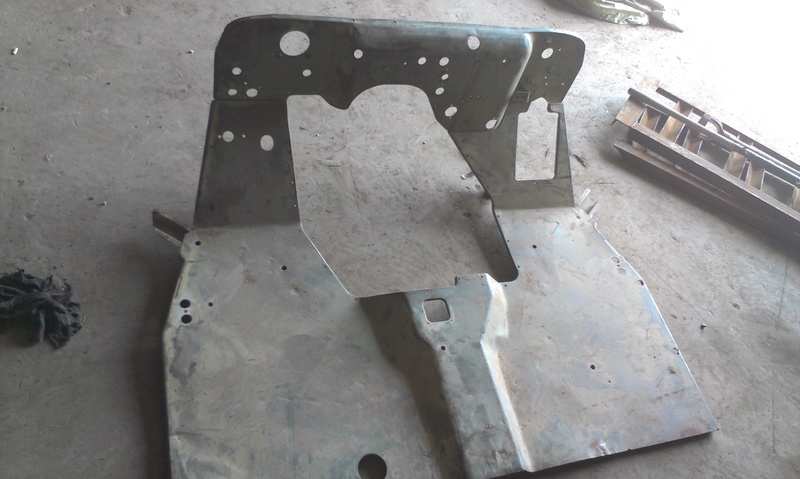 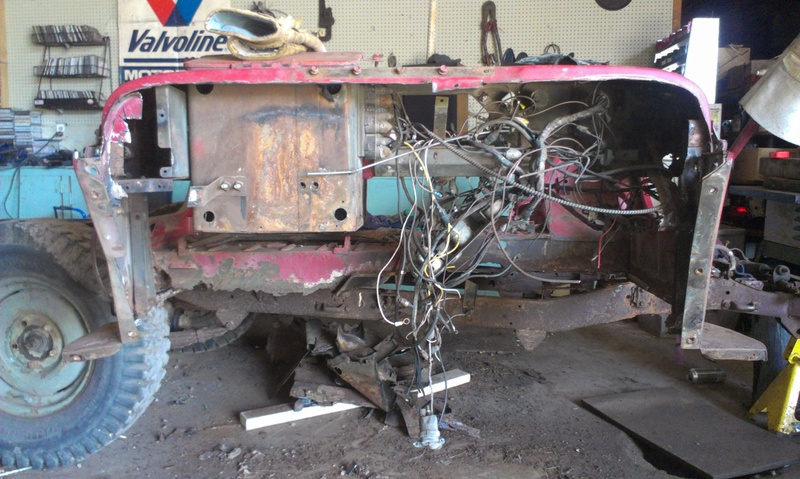 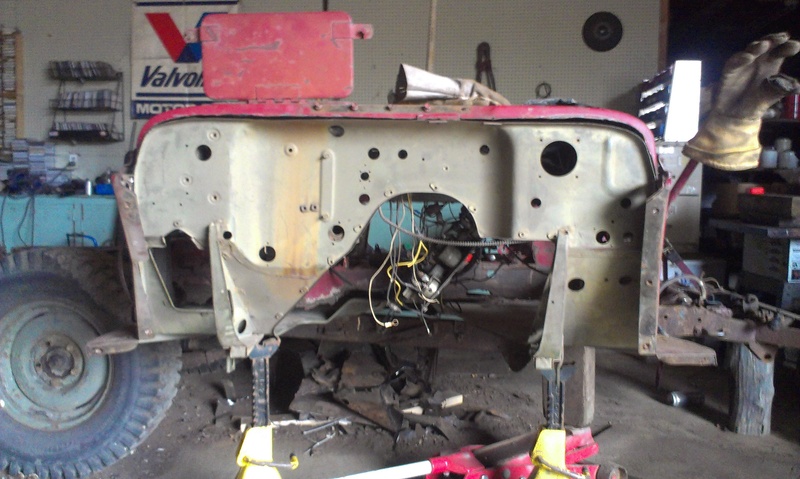 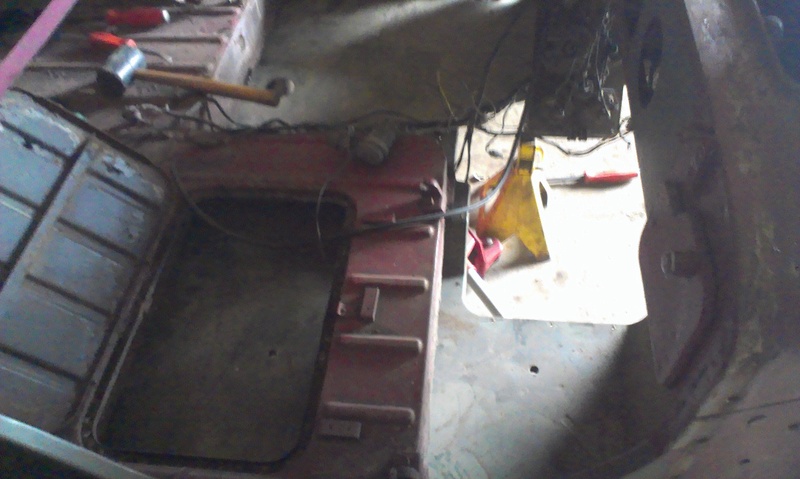 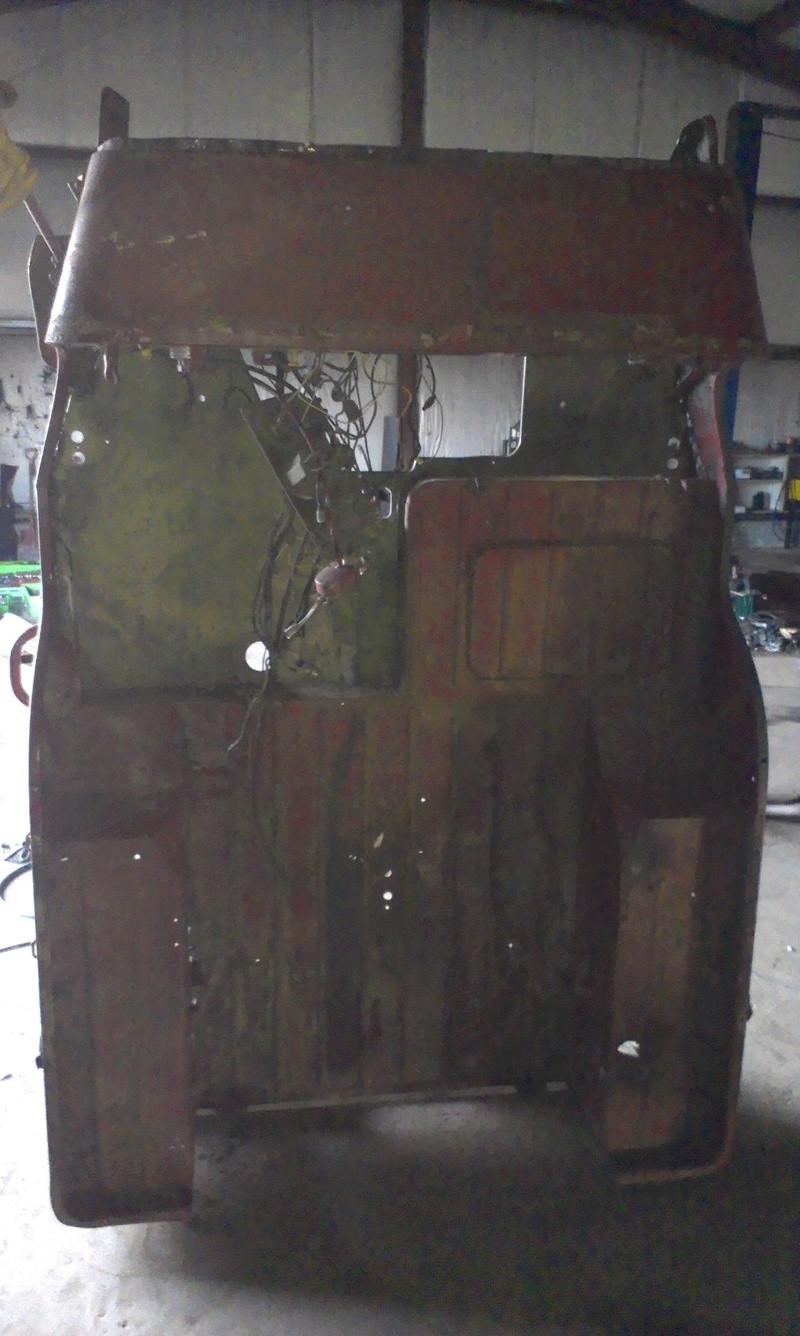 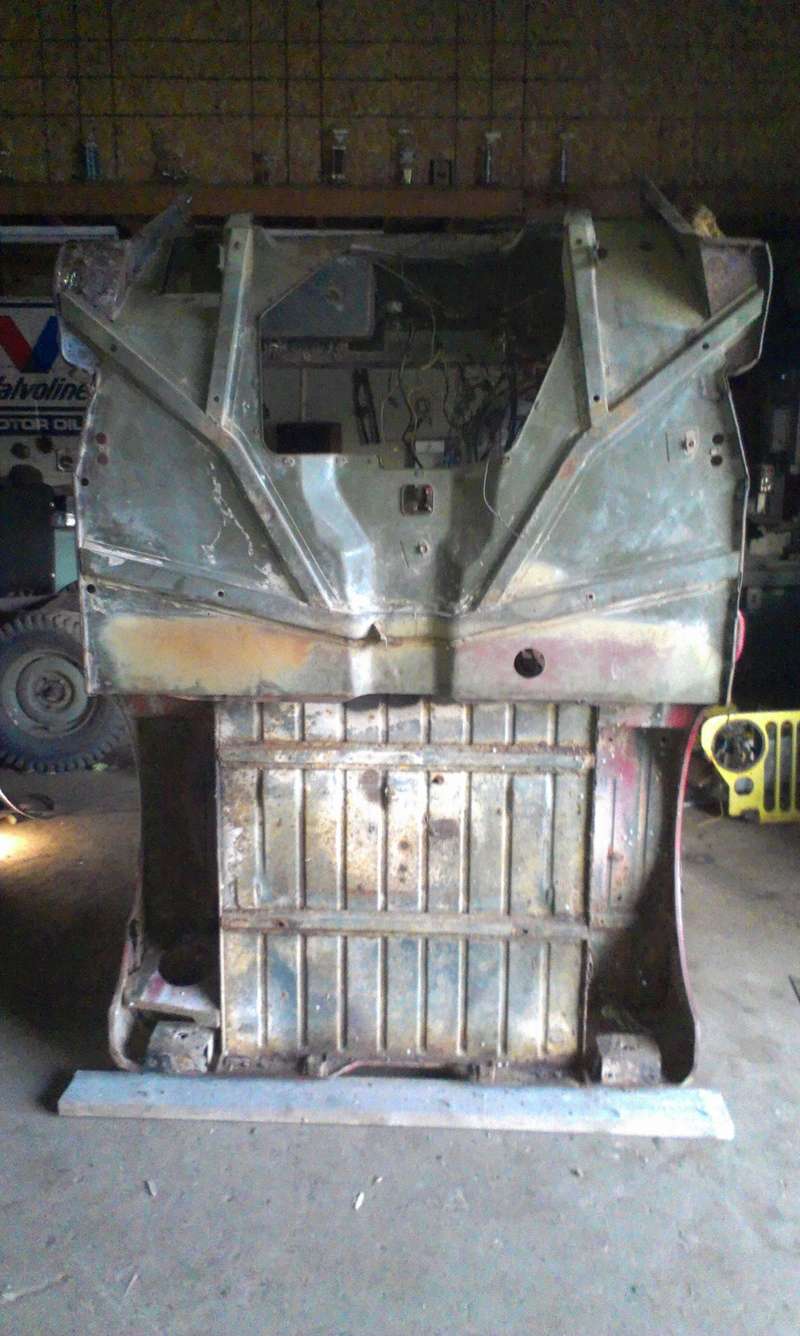 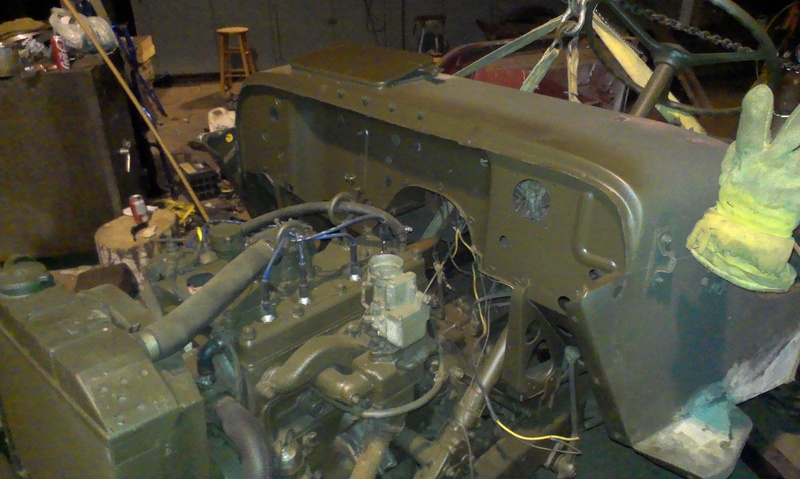 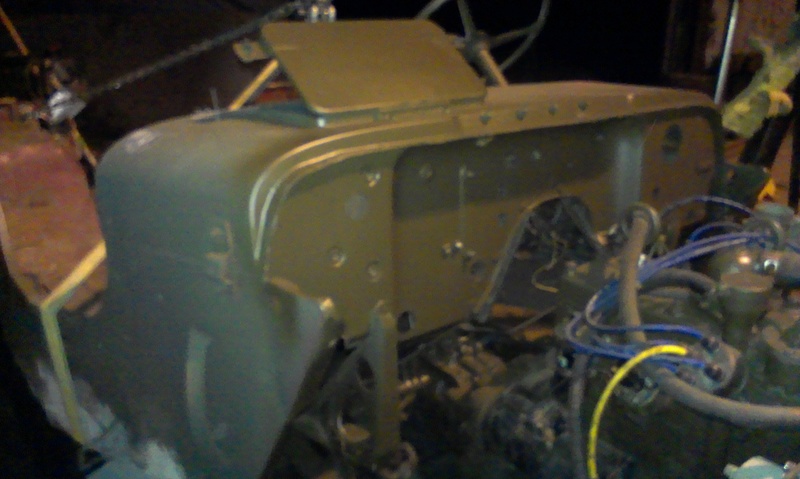 Very Nice! Where did you find that NOS floor?
Chuck Biscuits

Thats a long story that il try to condense...about 10yrs ago there was an estate sale just outside of Ottawa,a farm..in the drive shed there was a total of 23 willys jeeps 1941-52 and a pile of parts,literally...the guy that bought them all ran a towing company nearby..it took a bit of research and backtracking to figure all this out..most of these jeeps were stripped down and parted out,there were 4 left intact,one of which ended up in barrie..years later it was sold to a guy up north,and years after that it was sold to me..alot of the NOS parts pile were bought by a guy near london who had passed away a couple of years ago..then his family ended up having an estate sale..a friend of mine went there to bid on something completely unrelated,he called me that day and told me what was there..I told him to bid on it and he ended up bringing it and a few other pieces back for me..it was just dumb luck and good timing really..most people would save themselves a whole lot of time and just order an aftermarket body tub,bolt in on and be done with it but I would rather preserve whats there than replace whats there..theres no real history in aftermarket parts as far as im concerned,and of course the quality difference between NOS and repop chinese garbage is obviously night and day.
Sponsored content