Hi again,
Here are some photos of the late version 51 Pattern belt I have just acquired.  It is unmarked and next to a 196? dated Large first pattern belt. 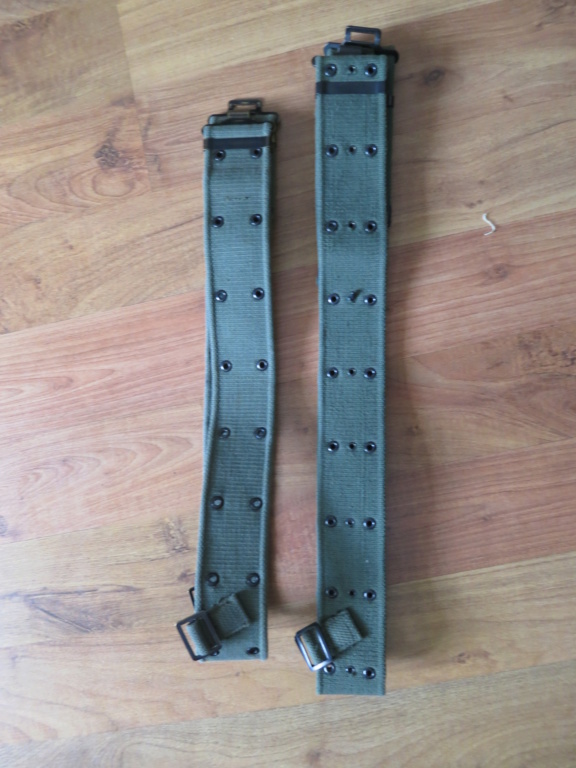 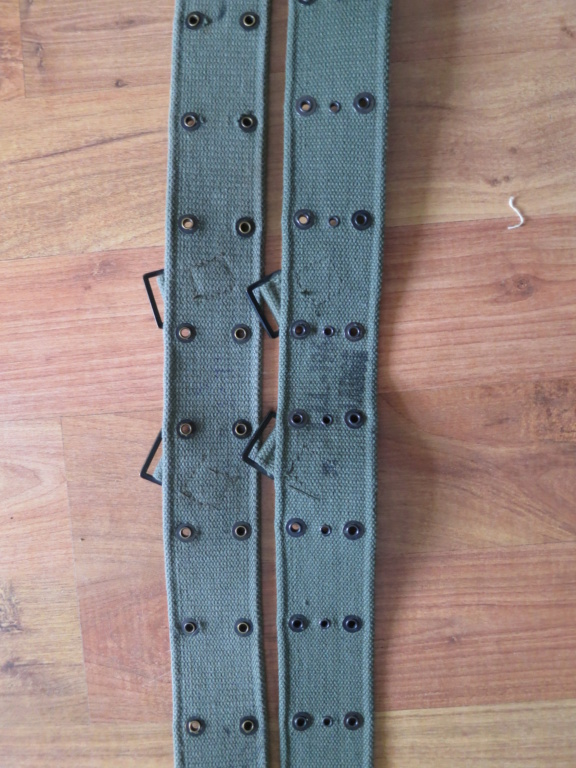 Externally the basic difference is the lack of the middle row of eyelets for the hook attachment as on the first pattern belt. 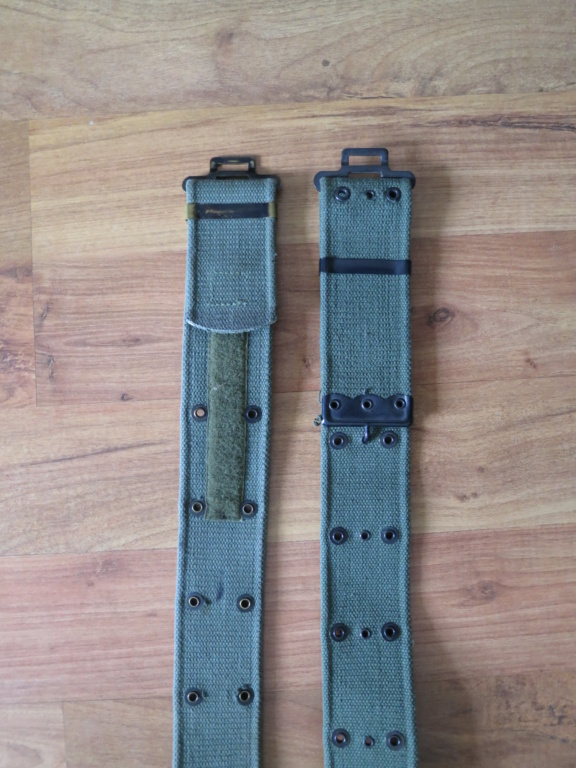 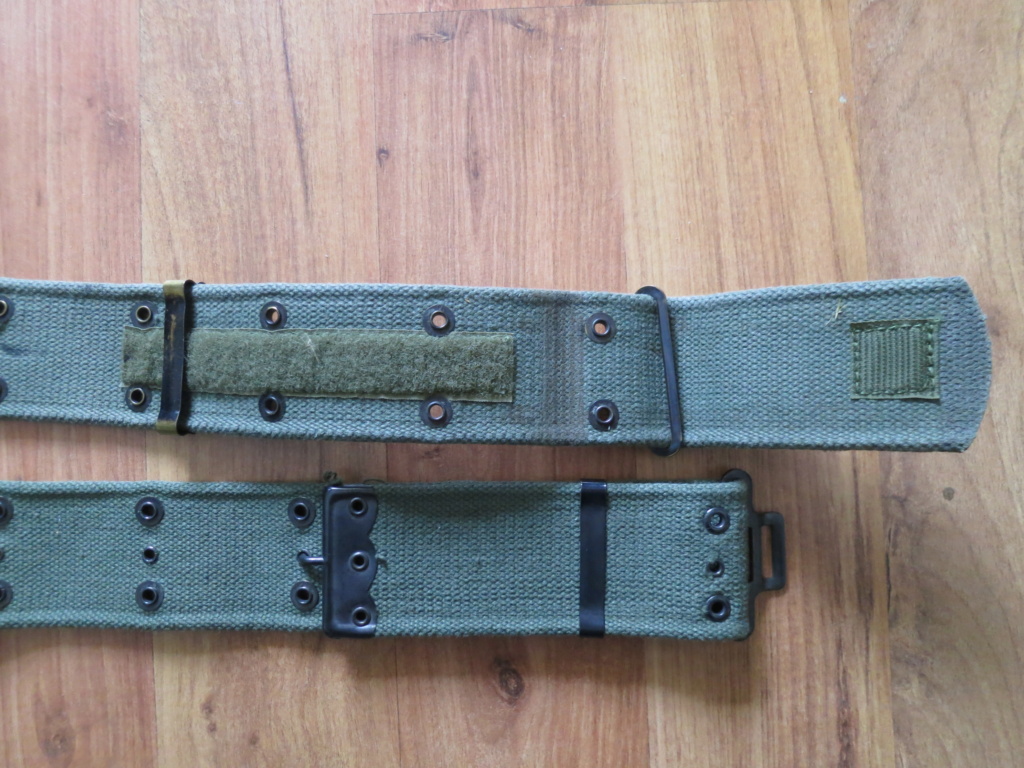 On the inside of the belt is the velcor strip and a square of the hook material.  Both belts retain the metal fittings.
If I recall right, this would be the third variation.  The last variation was the same as this belt but with plastic fittings used in the snap.
It is interesting why there would be any bother to make these belts; just wait until the 64 Pattern belts were issued to start using the velcro fastening system.
And the fact the original pattern belt in the photos has a 1960's date and still has metal fittings, why bother with velcro?  The only idea I have is an experimental number of belts were made to test the idea of the velcro working.
But, this is just a supposition.
Next, a variation on the 64 Pattern pouches: grenade pouch and canteen carrier.
Note that one of each type of pouch has no NBC material added to the pouch.  Those are the pouches on the right in the first photo.
The canteen carrier on the far left is Anglo Traders July 1966 (the only piece of 64 Pattern webbing I have seen by this manufacturer), the middle pouch is T.I.L. 1976, and the carrier on the right is OCT 82 WOODS 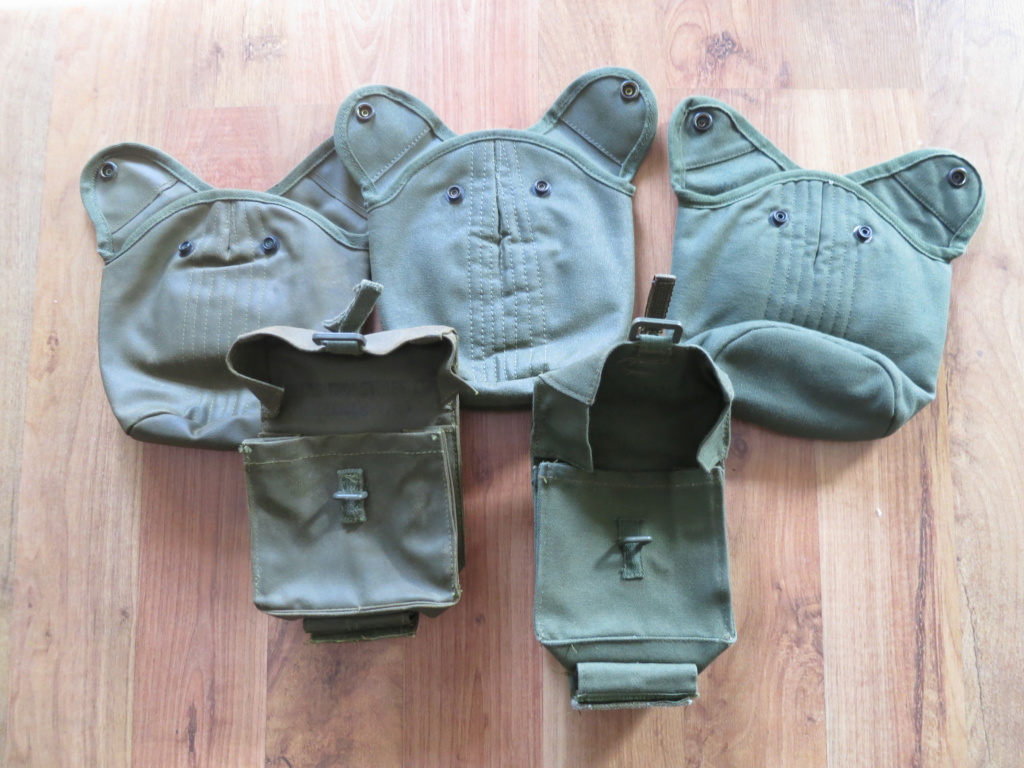 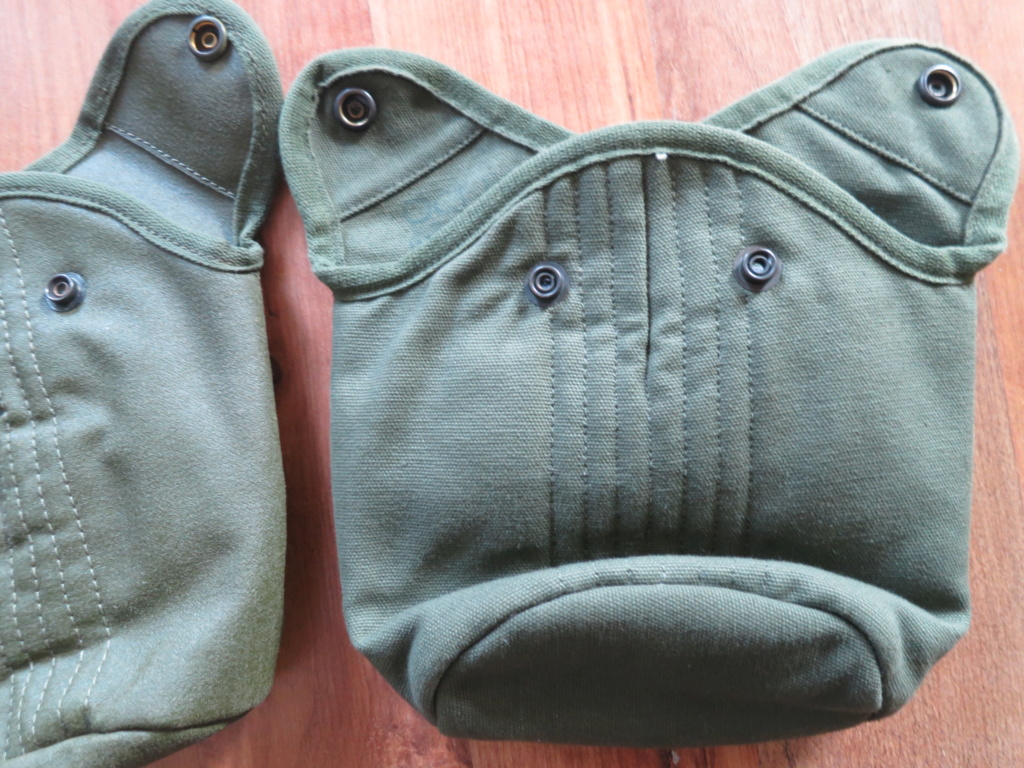 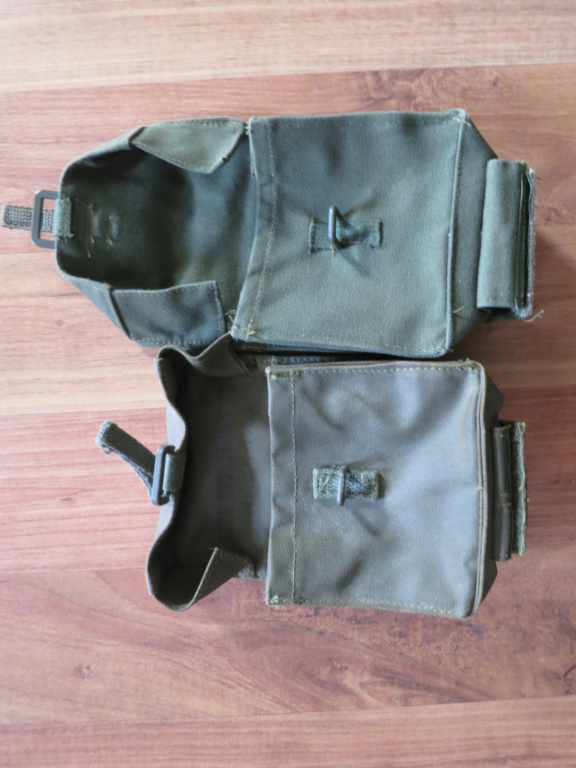 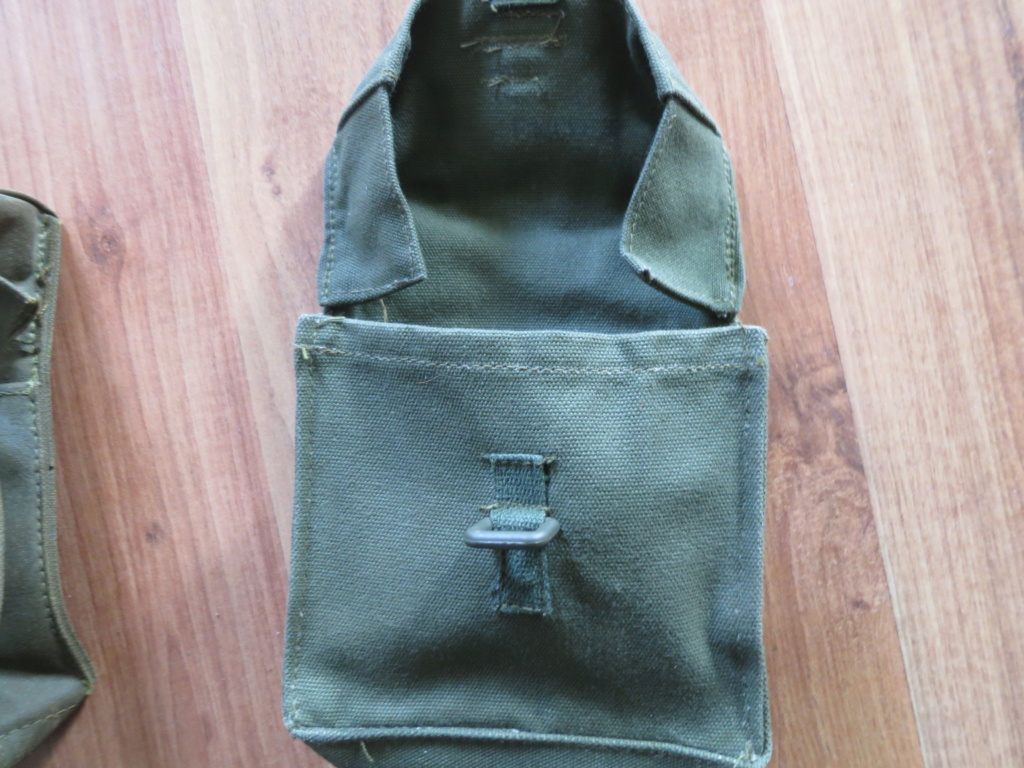 The pouches without the NBC covering are late dated for 64 Pattern; 1982.  The only thought I had on these is possible use with recruits in basic training were NBC coating was not an issue.
I have seen photos in the local paper of guys in basic training and they were wearing 64 Pattern webbing.
Any suggestions as to the variations shown in these photos?
Regards,
Ian
edstorey

Long story short, 1951 Pattern Web was still being issued to and used by Reserve units until replaced by the 1982 Pattern in the mid to late 1980s. Plastic fittings and Velcro replaced some of the metal fittings on the later 1951 Pattern pieces. Many of the 1964 Pattern pieces were manufactured with neoprene impregnated cloth which was replaced by canvas on some of the later pieces.