Since most collectors view lanyards as insignia, I will post this thread under 'BADGES & CLOTH INSIGNIA.' Hopefully other members will join in and help me to expand on this topic. Please post wartime photographs showing lanyards being worn and photographs of uniforms with lanyards.

The Fort Garry Horse wore a blue and yellow lanyard.

Lieutenant Colonel Mathieu of Le Regiment de la Chaudiere, photographed in England prior to D-Day. He wears ribbons for the Coronation Medal and the Efficiency Decoration indicating 20 years service in the Militia. Note the maroon coloured lanyard also. 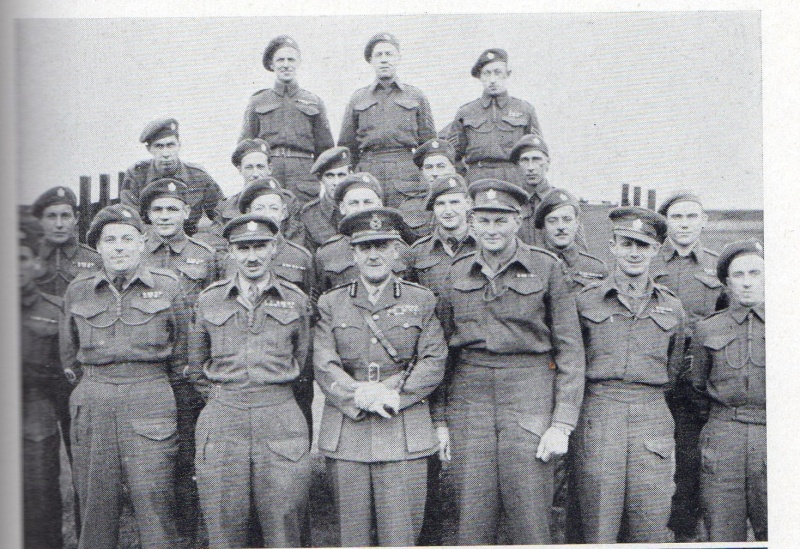 The red/white/blue shoulder cord of the First Special Service Force. 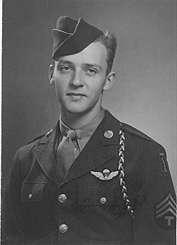 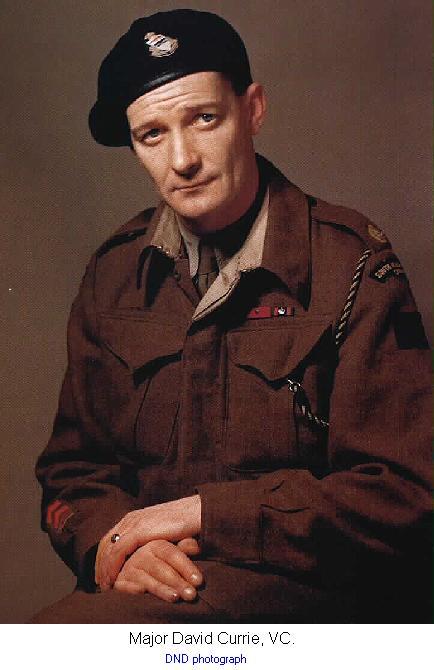 A black and old gold (yellow) lanyard was worn on the left shoulder by all ranks of the Overseas Battalion, South Alberta Regiment.
GCR817

I discovered this SSR tunic and lanyard in a Legion Collection yesterday. The lanyard is yellow and purple to match the shoulder title. 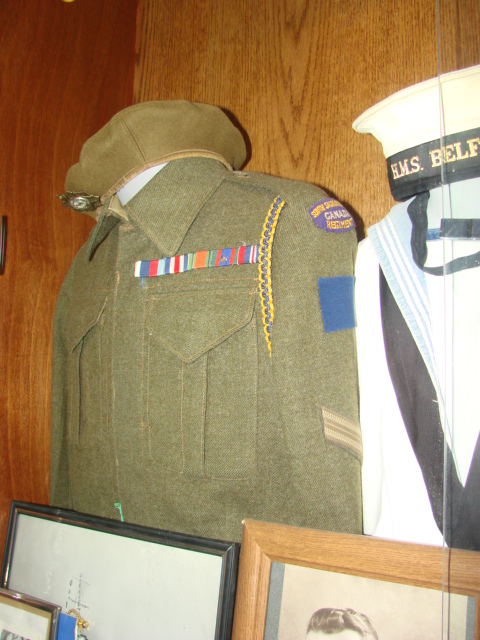 Anyone have any idea what units these lanyards belong to? I was given them recently and have no idea.

I have one similar to Scott's lanyard(blue,red, and yellow)It just has different color knots at the end(blue instead of yellow). I was told it was an RCEME lanyard but as far as I can tell they did not have one. 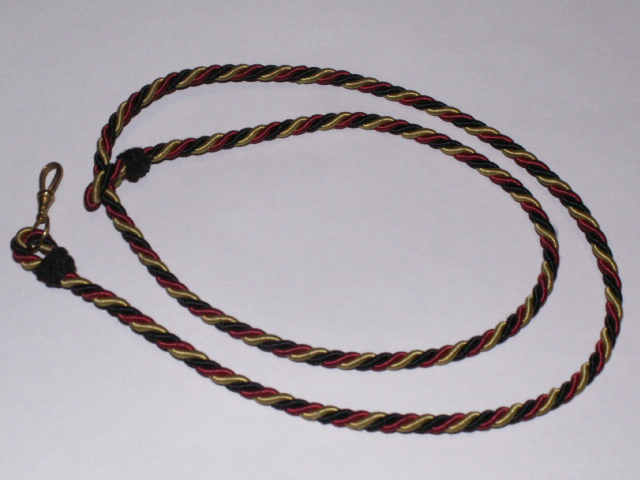 Thanks for the ID help...are those all that rare? I stick exclusively to Canadian militaria so not much of an idea about French decoration.

southsaskscotty wrote:Thanks for the ID help...are those all that rare? I stick exclusively to Canadian militaria so not much of an idea about French decoration.

No, they are not rare. However, a fourragere from WW II would be more desirable then a modern day fourragere.

Here's what they say about the personal wear of the fouragere:

"Personal wear of the fourragère

General Graves B. Erskine wears the fourragère with the cords hanging over the sleeve, a mark of being in the military unit when the award was made. Soldiers and Marines who are later assigned to the unit do not wear the outside cords. Graves B. Erskine, then platoon leader in the 6th Marine Regiment, was personally authorized to wear the fourragère.
Battalion Colours

General Clifton B. Cates went one to become a four star general and a Commandant of the United States Marine Corps. He is seen here wearing the fourragere from his service in WW I.

This is a great SSR BD Geoff. I like this style of braiding for the lanyards. Did this BD have any provenance?
mk1rceme

I recognize the style of braid on that BD. I use it to make paracord survival bracelets and such. I call it the Cobra Stitch.
_________________
Dale
Admin-CMCF
Battalion Colours 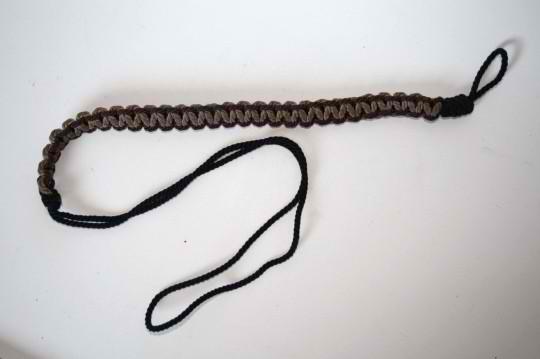 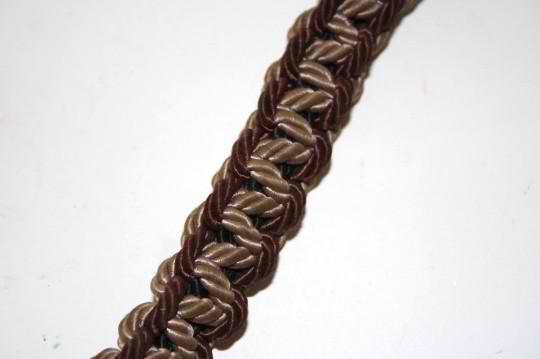 Here is another from Command Post Militaria (currently listed on eBay). I was able to view this one in person at the Calgary show and it is very nice. 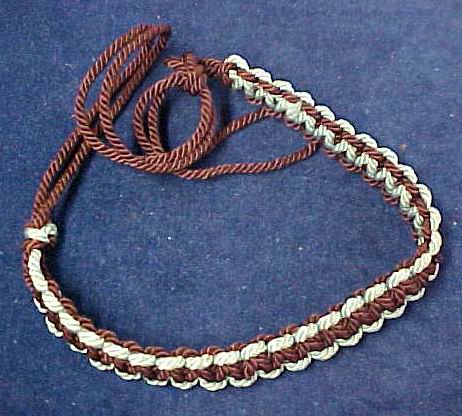 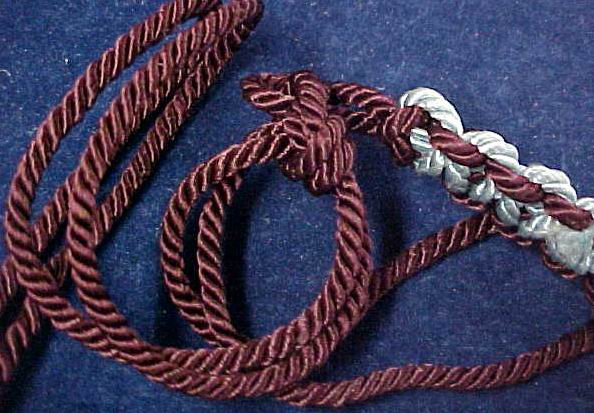 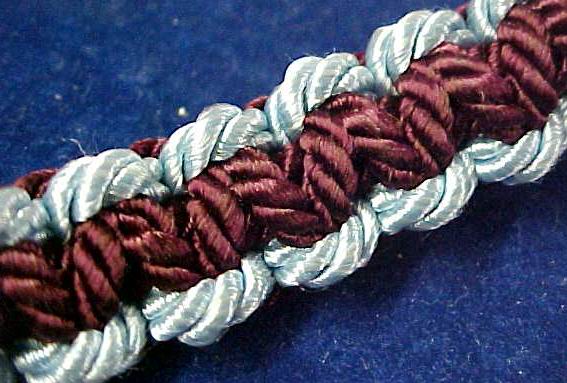 I uncovered a document at Archives many years ago which I shared with Michael Dorosh at Canadiansoldiers.com He used this info as the basis for a page on his site. As it turns out, I recently discovered that this document was to form the basis of an Appendix to the 1943 War Dress Regulations. The appendix was not included as the data was not available. The info only included lanyard information up to 1943 and many of these may have come into use in 1944-45.
Battalion Colours

The orange and black lanyard of the 1st Canadian Armoured Carrier Regiment. 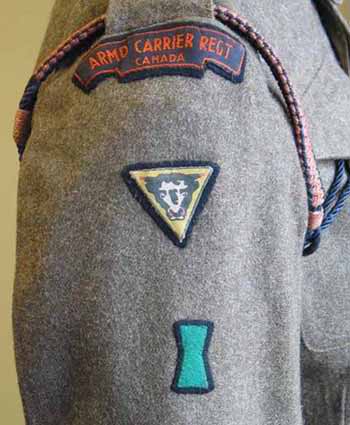