I recently picked up this C Arrow marked FS second pattern knife, both the scabbard and knife are C Arrow electro-pencil marked, no other markings. 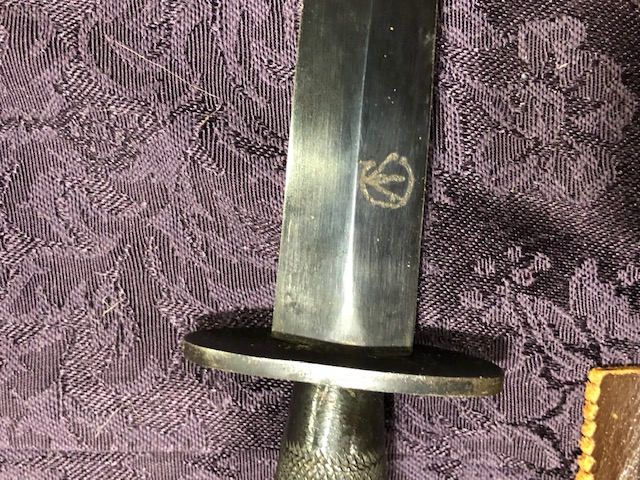 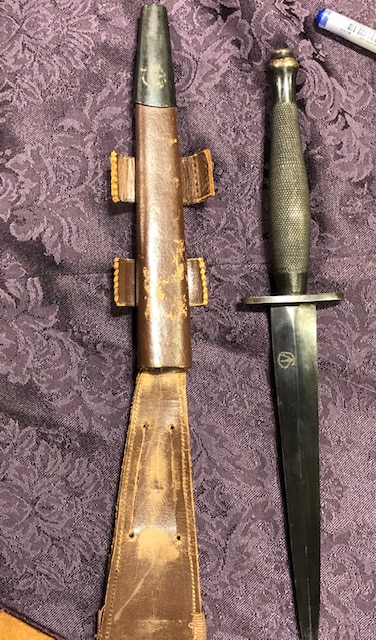 Nice knife. Too bad someone took an engraver to it. Cheers Brian
edstorey

Much like writing 'Parachute' on a piece of French Army 1970s equipment, there is nothing better than engraving a 'C Broad Arrow' to enhance the sales potential of a FS knife.
Infanteer

Actually, these knives have been known to exist for many years and there is no reason to believe they are not correct. Many items are known to be engraved with the C broad arrow in this manner, particularly items made of hardened steel such as rulers, squares, and other tools which would be difficult to stamp after manufacture. I know of a local surplus dealer who acquired many of these electric pencil marked knives in the early post war years directly from the importer. While I concede that it would be easy to replicate this mark today I also believe that it was a method used during the war and all of the knives I've seen with this type of marking (at least six so far) have been type two knives like the one shown.

If anyone has a stamped C broad arrow FS knife I would be very interested in seeing it as I've never seen one but don't doubt that they could exist, although it's possible that they don't. In the following link you will see that the author mentions C broad arrow marked knives but there is no mention of the method used nor is there a photo.