Can anyone tell me which Canadian units received WASPs? When were they first used in combat?
Battalion Colours 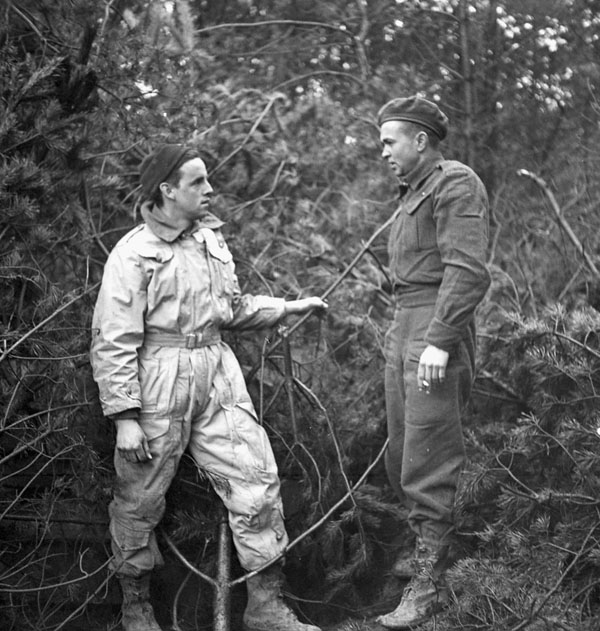 The Irish Regiment of Canada, 13th Infantry Bde, 5th CAD were equipped with the WASP. The exact date they issued, I am not certain of.

At daybreak the CO sent a section of WASP
Flame-throwers to B Company and they proceeded to burn out any intentions the
enemy had of proceeding further into town. The arrival of six Churchill Tanks form the
east belonging to C.R.E. also helped and the enemy fled in a disorganised mass, with
the tanks machine guns and Irish rifles taking a very heavy toll. It was estimated that
there were 800 enemy taking part in the attack and the flame-throwers accounted for 50
with 150 more falling before the Irish infantry and supporting arms. Irish casualties were
three Other Ranks killed three officers and fourteen Other Ranks wounded. Twentythree
enemy were taken prisoner.
_________________
Cliff

Thanks for the information Cliff. I will add The Irish Regiment of Canada to my list of units which were equipped with WASPS.
Sponsored content